The plan was set back in August 2022: Jana would visit Wilson Audio to see how the TuneTot was made but we would hold her finished video until January 2023 so that I could take a two-week vacation in the sun without disturbing (too much) the frequency of videos uploaded to the Darko.Audio YouTube channel. In late November, a house move for yours truly was added to the mix. Now I would move house in the first week of January and then take a two-week vacation away from the grey Berlin winter.

It wasn’t to be. Midway through the house move, on a Friday, my right eye began to misbehave with oddly blurred vision. Two days later I was in the hospital for an urgent eye operation. The vacation start date would need to be pushed back by two weeks to leave only a second positive post-op check-up between me and a flight to Spain.

Again, it wasn’t to be. That second check-up revealed that the pressure in my right eye was too high to safely fly. This means I now find myself grounded in Berlin for an unknown period of time. Even if the eye pressure issue resolves itself by this Wednesday’s check-up and I am green-lit to fly next week, I’d need to be back in Berlin for the following Wednesday’s stitches removal.

And whilst I play the waiting game, lifting heavy objects like a couch, an office desk, boxes full of vinyl and a TV (to complete the house move) or a Prima Luna EVO400 amplifier, a Cambridge Audio Edge power amplifier and a pair of Wilson TuneTot speakers + stands (to resume review work) are strictly verboten.

I can’t go forward and I can’t go back. The only option now is to go sideways… 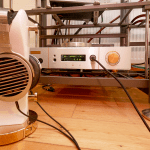 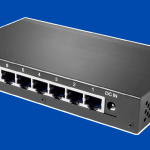