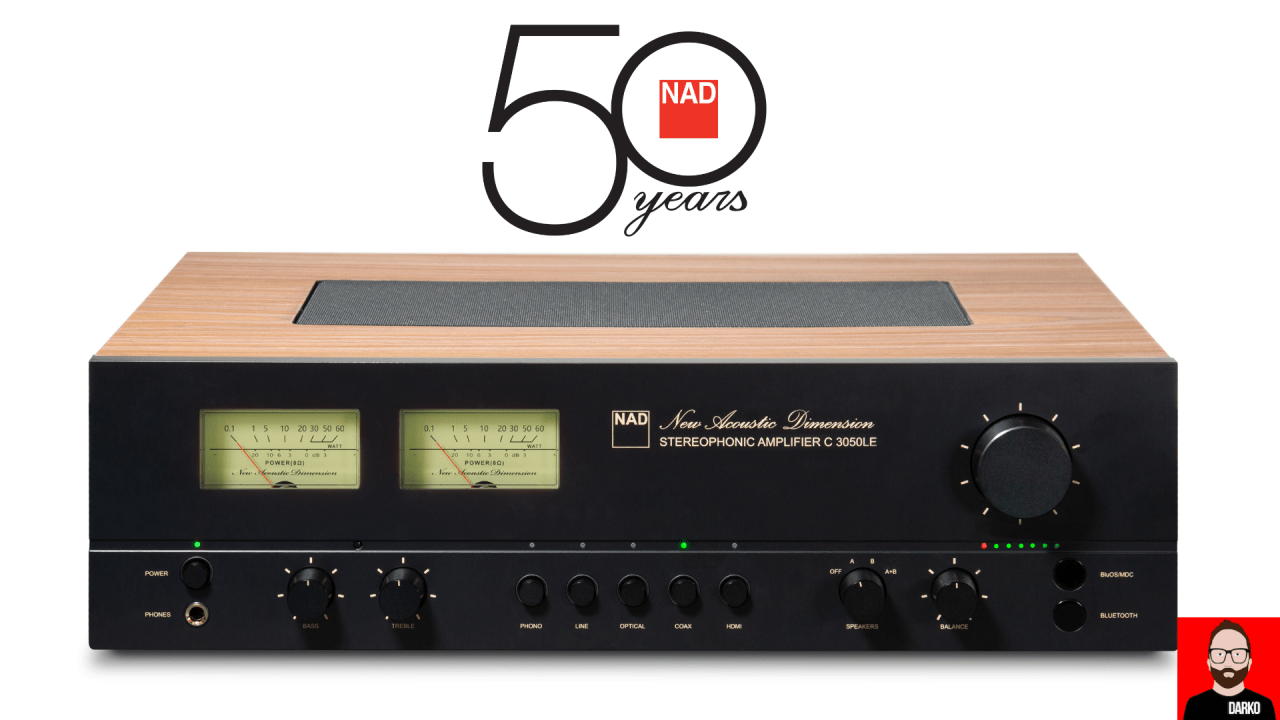 Those are the extremely robust Future-Fi credentials of NAD’s new C 3050LE integrated amplifier. The LE stands for Limited Edition. NAD will make only 1972 units and each one will sell for US$1972 (or €2499 in Germany). On production run size and pricing, we inch closer to the plot twist in this story’s midsection. One look at the new integrated will tell you that this amplifier is a heavy nod to NAD’s past — for the C 3050LE is a celebration of NAD clocking up 50 years in the audio electronics business.

The C 3050LE takes many of its visual cues from the C 3030 whose 30wpc of Class A/B amplification, large back-lit VU meters, balance/tone controls and push-button switches first appeared in 1976 as a predecessor to arguably NAD’s most well-known integrated amplifier, the 20wpc NAD 3020. As a tribute to its 1970s origins, NAD has given its 50th Anniversary model all of the above – swapping out Class A/B for Class D – plus a real wood-veneered wrap; the very same veneer used by sister company PSB on its 50th Anniversary Passif 50.

Those loudspeakers are already in situ in Berlin and the NAD C 3050LE, I’m told, isn’t far behind. And in a further twist, NAD Product Manager Cas Oostvogel will be sending me an original (and recapped) C 3030 from his own collection for comparison to the anniversary model. I sat down with Oostvogel to discuss the C 3050LE over Internet wires. In our conversation, I enquire as to why it’s not a Class A/B amplifier and why NAD didn’t rebirth the 3020 instead (among other things).

NAD will issue a non-limited version of the C 3050 in Q2 2023 for which the slot-in BluOS MDC 2.0 module will be optional and the sides and top wrapped in vinyl (not wood veneer).

UPDATE: Our video preview of the NAD C 3050LE can be found here. 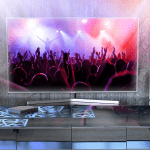 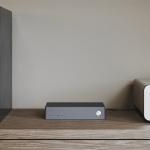