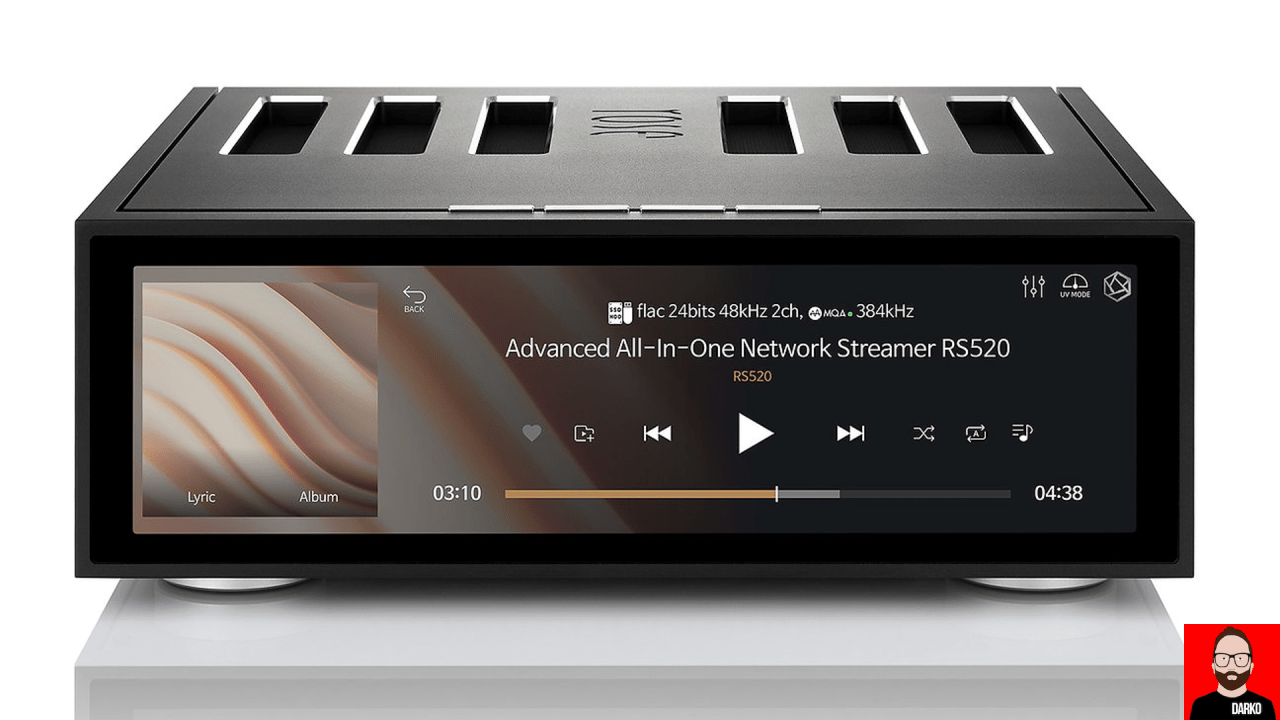 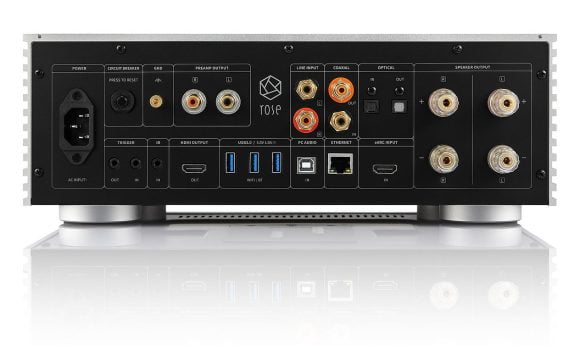 One way to look at the new RS520 streaming amplifier from Hifi Rose is that it takes the touchscreen and customised Android OS of the South Korean company’s RS150 streaming DAC, adds an MQA-capable ES9038PRO-based decoder – with HDMI eARC input – and marries the lot to the RA180’s Class AD GanFet-based amplifier tech (but minus that unit’s quirkier features and phono stage). In other words: we just need to add loudspeakers to the RS520 in order to listen to music via Roon Ready, Apple AirPlay, Spotify Connect or Hifi Rose’s own software control system. The 12.6″ 1920 x 515px touchscreen also permits device control and, should you be so inclined, YouTube video viewing. That the touchscreen a) runs the full width of the unit, b) will display album cover art and c) gives us the option for digital VU meters whilst music is playing means it sits closer to the NAD M10 V2 than the Naim Uniti Atom. The RS520 promises a loudspeaker output of 250wpc into 8 Ohms and is, on paper, more powerful than its British and Canadian rivals. However, a UK RRP of £3399 puts it closer to the Naim. 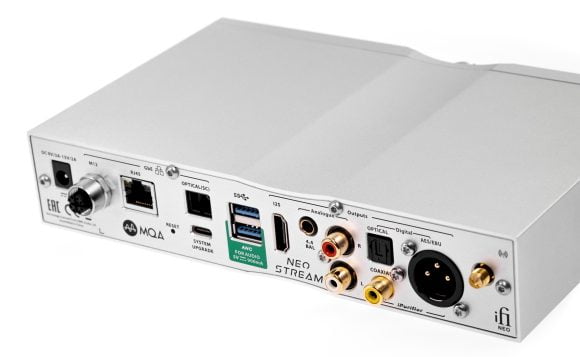 iFi‘s new Neo Stream network streamer/bridge (€1299/US$1299) borrows its looks and aluminum design from the neighbouring Neo iDSD DAC/headphone amplifier and, according to the Southport-based company, signifies a step up from the Zen Stream in both price and performance. Most notably, the Neo features a ‘True Native’ Burr Brown DAC circuit, designed by iFi, that outputs via single-ended RCA or true-differential 4.4mm balanced outputs. Digital outputs are similarly comprehensive: TOSLINK, coaxial, AES/EBU (to which iFi’s iPurifier reclocking is applied) and I2S. Like the DAC, the internal streaming engine is also iFi’s own, running on a quad-core ARM Cortex processor to offer Roon Ready, UPnP, Spotify Connect, Tidal Connect, Apple AirPlay and HQPlayer’s NAA. Most innovative/unusual (you decide) is the inclusion of a third LAN socket that connects to an OptiBox transceiver via an optical cable and then to the home router, thus electrically isolating the Neo Stream from the home router. RJ45 and M12 sockets also present. Ditto dual-band Wi-Fi. Whichever way you slice it, the Neo Stream is a power user’s dream. Bowers & Wilkins has this week formally announced its long-teased PX8 active noise-cancelling headphone. The PX8 features a new 4cm ‘Carbon Cone’ driver that is said to share its DNA with drivers made for the company’s 700 Series of loudspeakers. The new model borrows the ANC DSP from the slightly smaller PX7 S2 but reportedly tweaks its 6-microphone array for better phone call quality. And like its little brother, the PX8 features Qualcomm’s aptX Adaptive as the advanced codec of choice. A reminder: all flavours of aptX are Android-only so we can only assume that AAC has been included to keep iOS users away from SBC. Headphone noise cancellation, transparency mode and EQ can be controlled by the accompanying Music app which Bowers & Wilkins continues to develop as the common brain for many of its future-facing streaming products. Vital stats? The PX8 weigh in at 320g (those arms are aluminium, not plastic), they give us 30 hours of listening from a full charge and will sell for €699 — pricing that puts them right next to the Apple AirPods Max. Your choice of black or tan (but no blue). 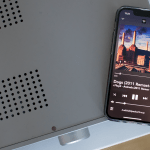 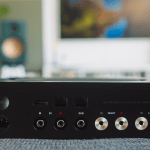