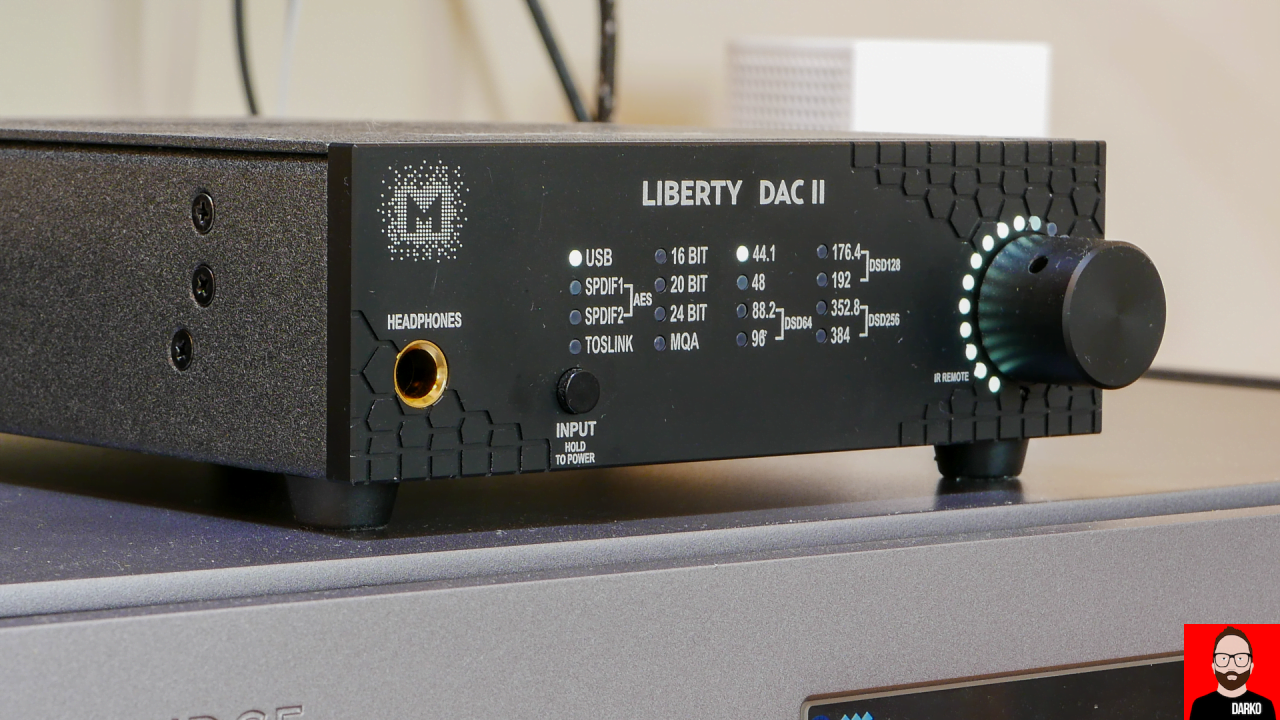 I first looked at the original Mytek Liberty DAC in 2018 (review here). Six months later, I compared it to its bigger brother, the Brooklyn DAC. Both devices impressed. I bought the Liberty review unit and it’s still my go-to external DAC.

Four years is a lifetime in digital audio. Mytek has since changed its manufacturing partner, the net of which is a complete refresh of the company’s product range. The first fruit is the Liberty II DAC. Who better to take a look at it than yours truly?

Features
Functionally, the two Libertys are very similar. Both have 5 inputs; 2 x SPDIF, 1 x optical, 1 x AES/EBU and 1 x USB-B for computers & streamers. Both have a 6.35mm single-ended headphone output. Both have fixed and variable outputs, with volume attenuation handled digitally. The Liberty II now ships with an Apple remote. It also gets full-sized XLR connectors. Remember how the original needed TRS adapters?

First, a toroidal transformer has been incorporated into the Liberty II and its main power supply improved. No need (or provision) for an external power supply now. The £300 SBooster BOTW linear supply feeds my original Liberty.

The Liberty II’s multiple secondary power supplies – handling specific modules such as the headphone amplifier – have also made the jump to linear. In the original Liberty, lesser (switched-mode) supplies were used.

The second big gun is a better DAC chip: an ESS 9038Q2M instead of the original’s 9018K2M. No, the chip maketh not the DAC but a chip change makes a difference, particularly when fed with cleaner power. The Liberty II’s inputs accept up to 24bit/192kHz PCM and DSD64. Except for USB, which extends to 32bit/384kHz PCM and DSD256. All inputs can handle MQA, the front panel showing when it’s in play.

Looks, build, operation
The two Libertys look similar, cut from pro-orientated cloth. Mytek’s roots are in the studio. Both models are the same width, the Liberty II is marginally taller and 1” deeper. Flipping the lids shows why: the beefed-up internal power supply needs more room.

The fascias differ. Both have a volume knob and a headphone output. The new Liberty adds a separate on/off button and 36 LEDs for input, bit depth, rate, MQA and volume. The original had 6 LEDs that multi-tasked to achieve the same result. For fixed-output mode we just max out the volume control. Overall, the operation of the Liberty II is a smidge easier than the original (which was hardly a Rubik’s Cube).

A pair of Audioquest NightHawk Carbon (£600) and a pair of Sennheiser 650 headphones (£300) were used to test the Liberty II’s head-fi credentials. An original Schiit Jotunheim headphone amplifier (£400) provided further context.

Listening
I was expecting the Liberty II to be a Liberty 1 done better. Just as the Brooklyn was against the original Liberty. The same sonic signature, just operating on a higher plane. It is. What I wasn’t prepared for was just how much better the Liberty II is than its predecessor. And that’s with the SBooster power supply in play. I thought that duo might give the Liberty II a run for its money. It doesn’t.

In what way does the Liberty II sound better? In a word, it’s fresher. As if everything has been spring cleaned. It’s more open, there’s more life, more drive. Greater detail too. All of which contribute to the Liberty II’s biggest calling card – a heightened sense of acoustic space. Music just sounds more live. That’s something I wrote when reviewing a pair of Klipsch Reference speakers, which came to mind more than once during this review.

David Brigg’s Transcriptions from Truro is well recorded. Whether the organ is thundering loud or playing quietly, the Liberty II conveys the scale of Truro cathedral. The massive walls, the high ceilings, the majesty of the place (it’s not far from me so I know it). Or go small-scale with Buffalo Nichols, heir-apparent to Keb Mo / Eric Bibb. On his eponymous first album, the Liberty II brings Nichols alive, really alive, in the listening room. Far more than the original Liberty can. Electronic music, particularly ambient, fares well too. Brian Eno’s Apollo: Atmospheres & Soundtracks spreads wide and particularly deep in front of you, every little detail adding to the musical impact (even the tape noise).

Regardless of genre, reverting to the Liberty 1 shrinks the 3-D space and constrains music’s dynamics. Everything sounds relatively flatter.

On tonal balance, Michal Jurewicz has reportedly voiced the Liberty II to be warmer than the stock DAC chip. I wasn’t hearing warmth though. The Liberty II is more sunny spring morning than cozy autumn fire. I hit up Michal with my finding. Turns out ‘warm’ in his context means dialled one step back from ‘accurate and transparent’.

Bass is appropriately taut. My REL T/7x reaches 30Hz in-room (mfr spec). In Transcriptions from Truro, the organ lets rip at several points. The Liberty II maintains control, tracking the huge swings of the music without constraining the sound at all (as no DAC should). Maelstrom never sounded so good. On a smaller scale, double-bass has an appropriate ripeness to its sound. The bounce from Christian McBride’s bass in “Afrika” (Conversations with Christian) propels Angelique Kidjo’s infectious singing forward.

The Liberty II also sounds better organised. Take Radiohead’s “Everything In Its Right Place” (Kid A Mnesia). The synths underpinning the track have more pep, but the complex multi-part vocals are also easier to discern. The track is less wall-of-sound, more intricately-crafted piece. Similarly the harmonies in David Crosby’s Here If You Listen are easier to follow, every inflection apparent.

The jump from Liberty 1 to II is similar to inserting a set of IsoAcoustics Gaia feet under one’s loudspeakers – we hear less smear, a more open soundstage and great clarity. The magnitude of improvement is similar too (review here). 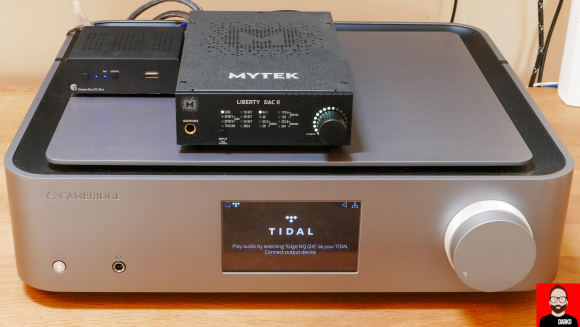 Again the Liberty II triumphs. Again it’s more open and detailed than the Edge NQ’s DAC, the 3-D soundstage is more palpable. The delta was smaller though. But, it’s enough for me to say I’d take the Liberty II over the Edge NQ’s own DAC. For me, the uptick in sound quality trumps the ease of using a one-box streaming preamplifier.

Headphone amplifier
I turn to Schiit’s original Jotunheim headphone amplifier. With balanced and single-ended outputs it’s beautifully nuanced regardless of the output type. The Liberty II’s headphone socket is single-ended only. The circuitry has also been carried over from the original Liberty, with any improvements falling to the enhanced power supply. Is that enough to elevate its performance above the Liberty 1, to be competitive with the Jotunheim?

The differences between the two prove to be small. In balanced mode, the Schiit is still the top dog, more refined than its own single-ended output and the Mytek’s. Tonally, the Schiit is more fleshed out. There’s also an ease to its sound. It’s subtle, but enough for balanced mode to shade the Mytek.

With the Schiit running in single-ended mode, the Liberty II pulls up alongside it. That’s with a pair of Sennheiser HD650. But I’d still give this standoff to the Schiit. Just. It’s marginally warmer, sweeter. But Liberty II shines a brighter light on Radiohead’s Kid A Mnesia, digging out more detail. It’s slightly over-egged though, the sound cooler and more artificial than the Jotunheim, synths sounding comparatively thinner on “Everything In Its Right Place”.

And yet those characteristics sway my preference back to the Liberty II when using the Audioquest NightHawk Carbon. This headphone’s darker tonal balance benefits from the Liberty II’s extra light, as heard with Osmo Vanska’s lovely Mahler 1 with the Minnesota Orchestra.

All up, the Jotunheim retains its crown. But only just. The Liberty II headphone amplifier is much-improved, suitable for enthusiasts and not just casual users.

Conclusions
Let’s cut to the chase, this is a really good DAC. I don’t know if it trounces all comers at this price point but in fixed-output mode, it’s a significant step up from the original model. And despite it costing more, I reckon the Liberty II represents better value for money than the original (especially if you’re using the latter with an external power supply).

If you’re looking for a DAC up to £2k I’d give the Liberty II a listen. Should original Liberty users upgrade? I’d advise you only demo one if you have the funds to upgrade. I can’t see many going back. This one isn’t. 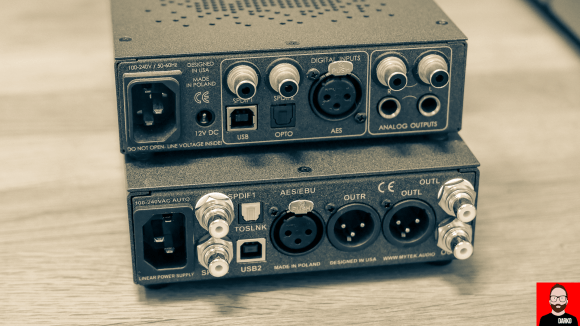 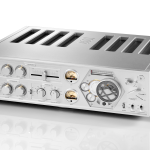 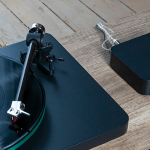