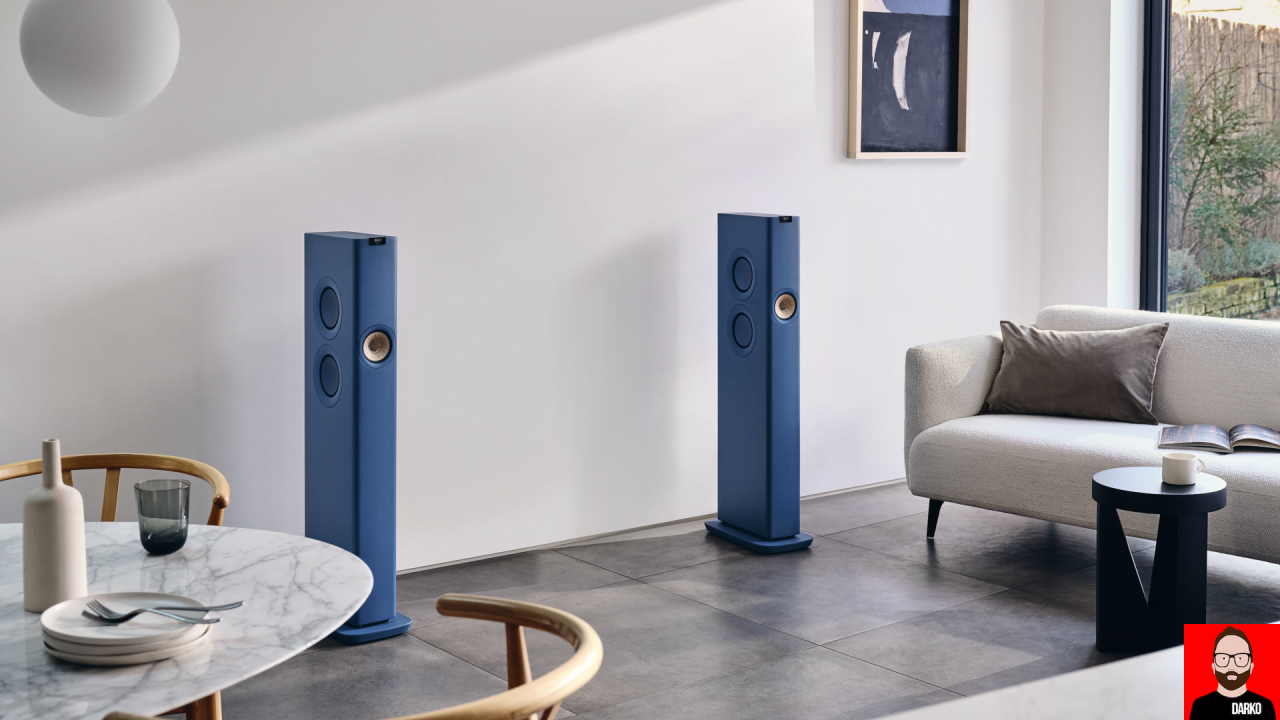 New from KEF: the LS60 Wireless; a 3-way floorstanding active loudspeaker built from the ground up to celebrate sixty years in the loudspeaker business. It features the W2 streaming platform, first seen in the LS50 Wireless II (covered here and here), for Bluetooth, Apple AirPlay 2, Spotify Connect, Tidal Connect, Google Chromecast Built-In plus Qobuz, Amazon Music, Deezer and QQ Music from within KEF’s Connect app, which also provides sound profile customisation. At the time of writing, the Roon Ready certification process is ‘ongoing’.

The most visually striking feature of the LS60 Wireless is its ultra-slim appearance. The front baffle measures a mere 13cm across; that’s a shade more than the diameter of a CD. Height clocks in at 104cm, depth at 32cm. The plinth that keeps this slimline floorstander on its feet adds another 7cm to the depth. Why so slender? According to KEF, many consumers, especially those living outside of the audiophile niche, demand a sleeker-looking loudspeaker in order to maximise in-room placement possibilities.

On the front baffle sits KEF’s 4″ take on a 12th generation Uni-Q driver array where an aluminium tweeter, complete with the Metamaterial absorption technology that catches a large percentage of its backwave, is mounted to the acoustic centre of the surrounding aluminium midrange driver.

Does all of this make the LS60 Wireless a floorstanding version of the LS50 Wireless II? No. 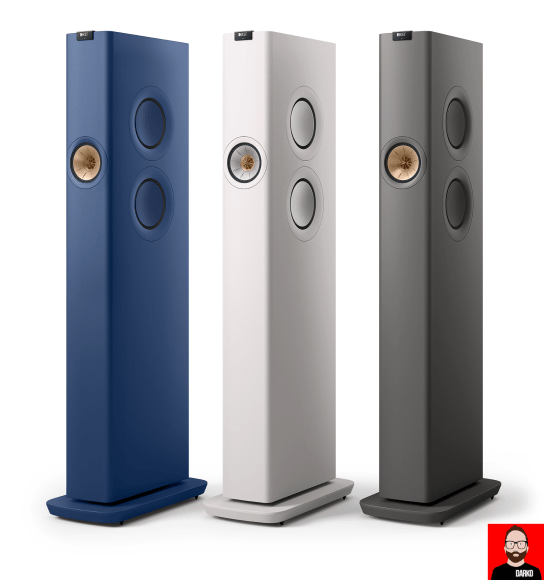 The LS60 Wireless has just as much in common with KEF’s Blade and Reference as it does with the considerably more affordable active 2-way monitor. The new floorstander borrows its ‘tweeter gap damper’ from Reference and its midrange driver decoupling from Blade — where the upper half of the midrange driver unit is decoupled from the bottom half (and therefore the cabinet).

Inheriting still more from Blade, the LS60 Wireless features KEF’s ‘Single Apparent Source’ bass driver arrangement where two pairs of 5.25″side-firing, force-cancelling bass drivers are placed at the same height as the Uni-Q driver. These bass drivers feature the same sleeved voice coils, P-Flex surrounds and Smart Distortion Control as the KC62 subwoofer. KEF calls this bass driver tech UniCore. What might surprise you is that UniCore was first designed for the LS60 Wireless loudspeaker before being spun off into the KC62 subwoofer (covered here and here).

On low bass reach, KEF claims the LS60 Wireless is capable of delivering frequencies below 30Hz. Helping the company’s Kent-based engineering achieve the more specific rating of -6dB at 26Hz is digital signal processing (DSP), which as well as optimising driver performance handles the bass drivers’ Smart Distortion Control, executes the crossovers, corrects for any phase errors and applies any EQ settings specified by the user in the KEF Connect app. The DSP-adjusted audio stream is then dispatched to three DACs which convert the digital signal to analogue ready for three amplifiers which in turn power the drivers: 500 Watts of Class D for the bass drivers, 100 Watts of Class D for the midrange driver and 100 Watts of Class A/B for the tweeter.

The electronics are housed in a dedicated enclosure that occupies the lower third of the loudspeaker cabinet and is cooled by air pulled through a letterbox cavity at the front of the loudspeaker – where the main cabinet meets the plinth – and exits at the rear above the connector plate. On the primary loudspeaker, we get hard-wired input options for analogue sources via RCA connectors, TOSLINK, coaxial and HDMI eARC – which was included in lieu of USB – and a subwoofer output. The secondary loudspeaker also has its own subwoofer output. 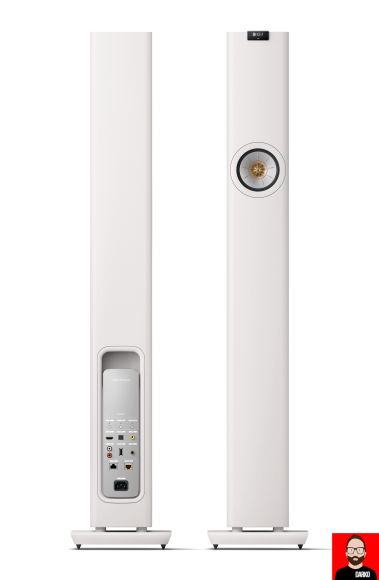 That connector plate is where we hardwire the primary loudspeaker to the secondary for an intra-speaker communication that accommodates PCM up to 24bit/192kHz. Those not wishing to add another cable can make use of the proprietory wireless intralink that drops the hi-res ceiling to 24bit/96kHz but keeps all MQA resolutions intact – even those above 24bit/96kHz – because the second unfold is executed at the loudspeaker level.

What might not be obvious to casual observers is the LS60 Wireless’ weight. Each loudspeaker weighs over 30kg and is therefore housed in its own cardboard box. The pair arrive strapped to a palette. Whoever designed the packaging that allows unboxing to be handled by one person deserves a raise. We filmed it here: 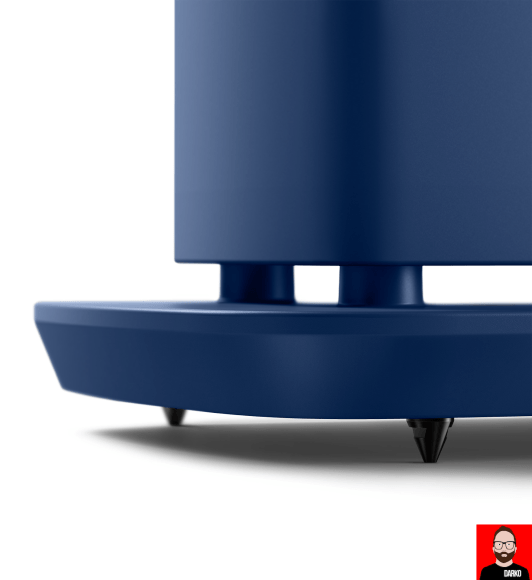 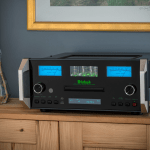 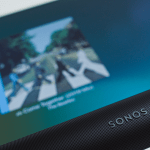