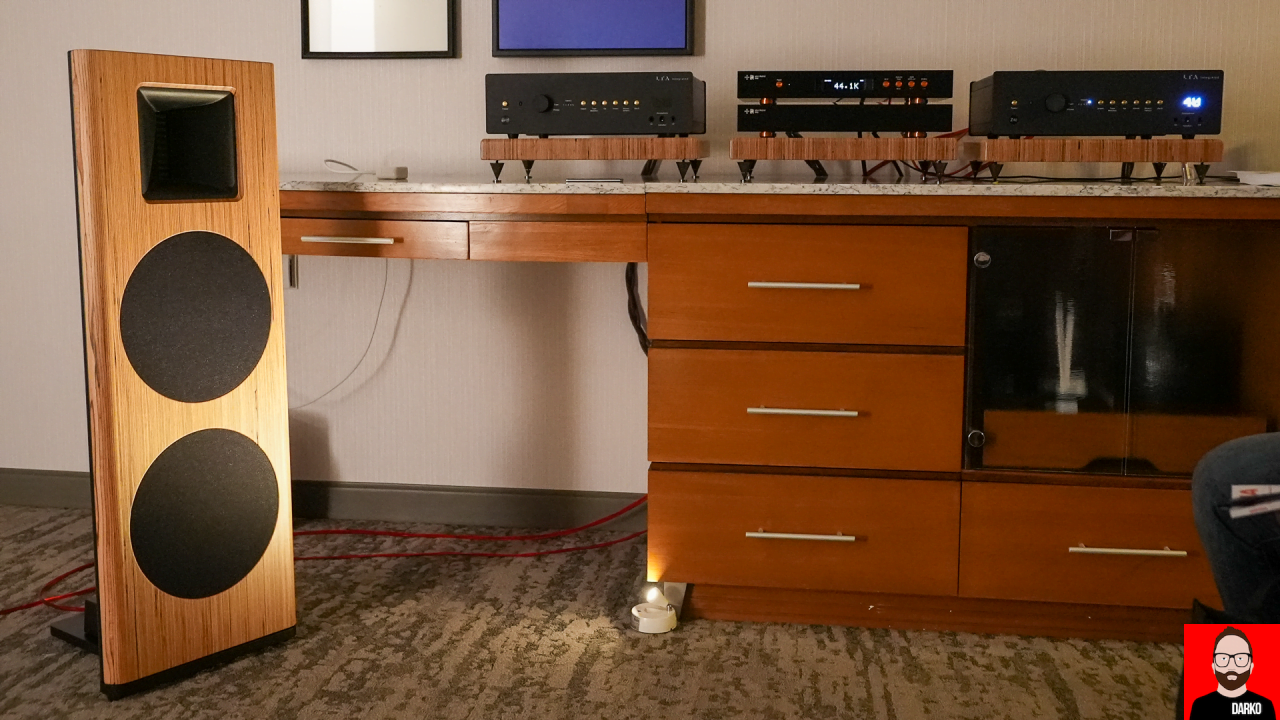 If I were to buy a pair of loudspeakers in 2022 but without hearing it first, it’d probably be Spatial Audio’s X4: an open-baffle speaker whose drivers are mounted to a large plate to fire sound forwards but also rearwards with an inverted phase. The resulting figure-8 radiation pattern reduces the amount of sound firing sidewards and therefore reduces side-wall reflections. Greater room agnosticism on a plate.

It’s not all one-way traffic. The loudspeaker designer must compensate for an open baffle loudspeaker’s lower overall bass output either with DSP or acoustically. Spatial Audio’s Clayton Shaw favours the latter. His X4 (US$7500/pair) is a passive 2.5-way open-baffle loudspeaker that puts two 12″ paper-composite drivers – one for the bass, the other for the mids – beneath a horn-loaded Beyma Air Motion Transformer (that takes care of the upper mids and above) for a nominal impedance of 4 Ohms but a sensitivity of 93dB.

The X4’s baffle is made from a material called UltraLam, which Spatial Audio’s website says is a “high-performance baffle material” from Germany that’s a composite of hundreds of layers of beech, all glued together. A sub-baffle houses the crossover and takes aim at any resonances. In Chicago, Spatial was keen to point out that the crossover had been reworked since the X4’s showing at Capital Audio Fest last November.

Amplification support at AXPONA 2022 came from Linear Tube Audio (LTA): the Z40+ tube-loaded integrated amplifier (US$7650) – which promises 51wpc and a subwoofer output; and their ZOTL Ultralinear+ integrated amplifier (US$7650) – which adds a subwoofer output to 20wpc of loudspeaker drive. LTA circuit design comes from one David Berning and the chassis from Fern & Roby.

If I were to choose a dance partner for the X4, I’d go with the Z40+, if only because I like seeing the tube heads protrude from the top plate. And if we add in the Holo Audio May DAC (US$5598), also on active display at AXPONA 2022 – plus AntiCables’ interconnects, power cables and speaker wire – we have ourselves a complete high-end hi-fi system for a little over US$20K. 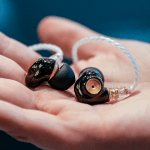 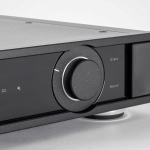