Smoke and mirrors. Professional illusionists once made us believe that they could conjure an object to float in free space. Forming the backbone of their illusion was the use of smoke and mirrors that hid the support structure. To this day, illusionists aren’t working with transparency but against it. What does this have to do with my hi-fi review process?

In our written reviews, we could run with manufacturer-supplied photos. However, those same photos might unwittingly divert your attention and obscure your view, for they show only the product under consideration, often in isolation, and nothing of the room in which it was heard and any ancillary gear. As a crucial component in any loudspeaker system, the room’s dimensions and acoustic make-up are valuable intel. So too is the amplifier used to drive a loudspeaker and the upstream electronics. In the absence of words filling in the blanks, reader imagination and trust must do the heavy lifting.

But why depend on trust and imagination when you don’t have to? The editorial policy on these pages remains as it has been since day one: all reviews should contain photos taken by the reviewer. No exceptions. Further advantages of reviewer-supplied photos are 1) that they prove that the reviewer was in possession of the gear, 2) that the review wasn’t conducted in an afternoon at a local dealership or hi-fi show and 3) that any comparisons to similarly-priced rivals were conducted side-by-side.

For this publication, comparisons form the bedrock of any audio assessment. They help us triangulate audible performance in order to better determine a product’s value proposition. In an ideal world, people like me would have access to everything all of the time. Nothing could be further from the truth. Storage limitations at home and manufacturers (and distributors) keen to bring their gear back to base soon after a review’s publication burst any idealistic bubble.

Even more challenging is that the differences between A and B are often subtle and – in my head at least – would never survive the separation of more than a few hours. The optimal review process is one in which A and B are compared side by side. Sometimes that might be a quick-fire A/B test that runs on and off for a few weeks. Other times it might mean listening to one product for a week, cutting over to another product for a week and then returning to the original for another week. The point? A and B are never apart. They are handled side-by-side.

But how to do A vs. B when B is already back with its maker? The answer is a heavy lean on audio memory. Never mind that audio memory is too fragile to hold onto the differences between products heard weeks apart, we need a little smoke and a few mirrors to help with the make-believe: take a photo of A and insert it next to a photo of B pulled from the photo archive. Job = done.

If I’m pointing fingers, it’s inwards. One of this publication’s writing staff unwittingly fell into this trap not too long ago. I had to remind him that a photo of A and B in the same shot is the only way to clearly demonstrate to readers that his comparison was a side-by-side comparison.

I could pull the same sneaky stunt with my videos. With product B long gone, I could still venture an opinion on its relative performance to product A and use archive footage to trick you into believing that I still had them side-by-side (when I didn’t). As it is with photos, so it goes with video. Putting A and B in the same shot is the only way to clearly demonstrate to viewers that any comparison of which I speak was executed as a side-by-side comparison. 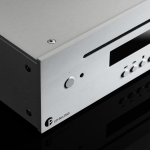 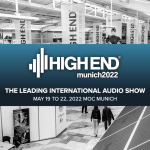