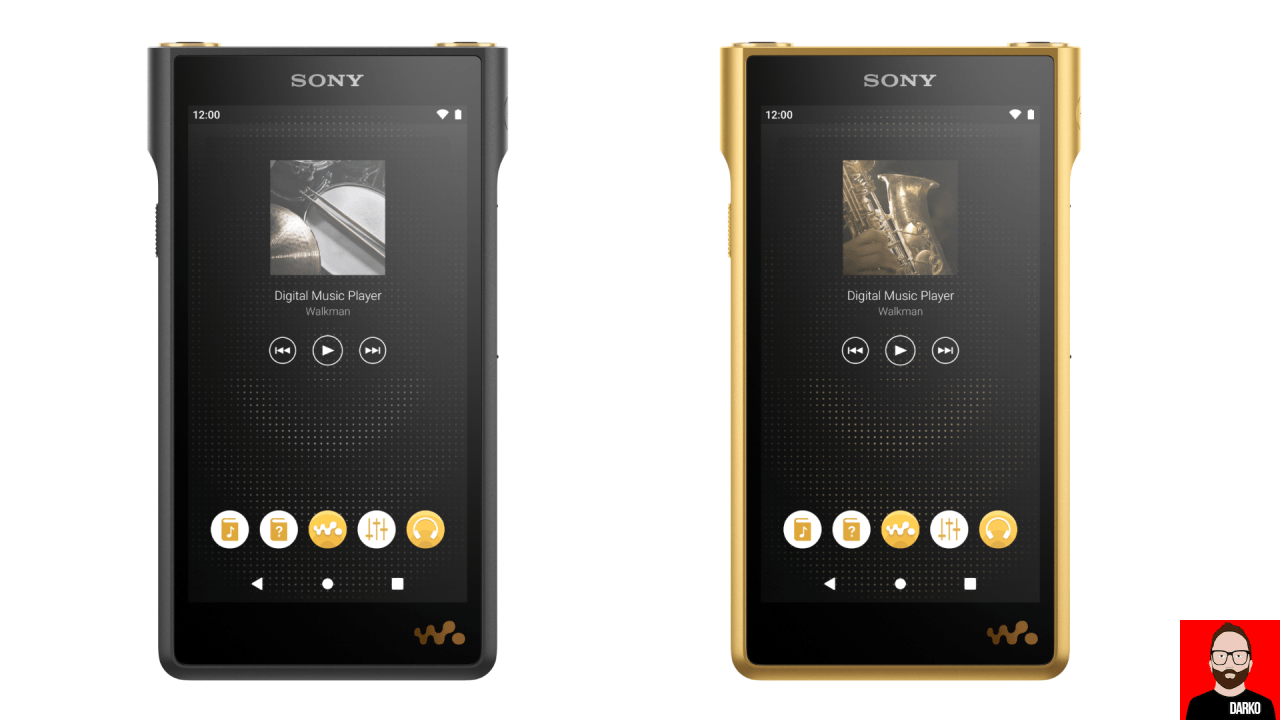 Sony has announced second-generation versions of its ‘Signature Series’ Walkman products: the understated-looking NW-WM1AM2 and the more visually striking NW-WM1ZM2. These new portable audio players offer minor improvements over the original models that were introduced over five years ago at the 2016 Fujiya Avic headphone show in Tokyo. NW? New Walkman.

What looks like a gold shell on the NW-WM1ZM2 is in fact “99.99% purity (4N) Gold-plated Oxygen-Free Copper (OFC)”, reportedly implemented for superior sound quality.

From the press release: “This realises a stronger digital ground and higher rigidity, enabling clear, expansive sound, so you can experience each instrument as if it were performing live.”  The NW-WM1AM2’s shell is made from an aluminum alloy. Sony has enlarged the touchscreens on both units to 5″ (up from 4″) and has made ’em ‘high definition’. And a bigger screen means an increase in unit size. The M2 versions are larger than their predecessors.

Time for a little trickle-down from the DMP-Z1: both M2 Walkmen feature improved power supplies for both their digital and analogue boards.

Both units feature 4.4mm balanced Pentaconn and 3.5mm single-ended headphone outputs (as before) but the headphone sockets on the NW-WM1ZM2 are connected to the amplifier board by a thicker Kimber Kable (see below) whilst the NW-WM1AM2 gets a “low resistance OFC cable”.

Even more impressive is a battery life bump from 30 hours to 40 hours from a single charge. That’s four times the runtime of rival portable players from Astell&Kern, FiiO and iBasso – and the Chord Mojo 2 – that all struggle to break the 10-hour barrier. How does Sony do it? Its players don’t use off-the-shelf DAC chips from the likes of ESS, AKM or Wolfson but Sony’s own S-Master™ HX digital amp technology. And yet the NW-WM1ZM2 and NW-WM1AM2 are still very much capable of high-res audio playback and can even upsample all incoming PCM signals to 11.2MHz DSD (should you so wish).

Internal storage? The NW-WM1ZM2 offers 256GB – twice that of the NW-WM1AM2’s 128GB – but both units also feature microSD card slots for storage expansion.

Sony has reportedly implemented its own digital audio clocking system (for 44.1kHz and 48kHz sample rate families) in order to sidestep Android’s usual 48kHz lock but only the Sony Original Music Player app reaps the full rewards. Third-party streaming apps will play at your choice of (resampled to) 48kHz or (re/upsampled to) 192kHz. 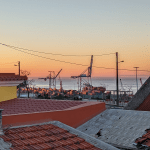 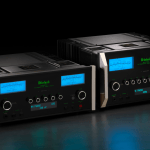