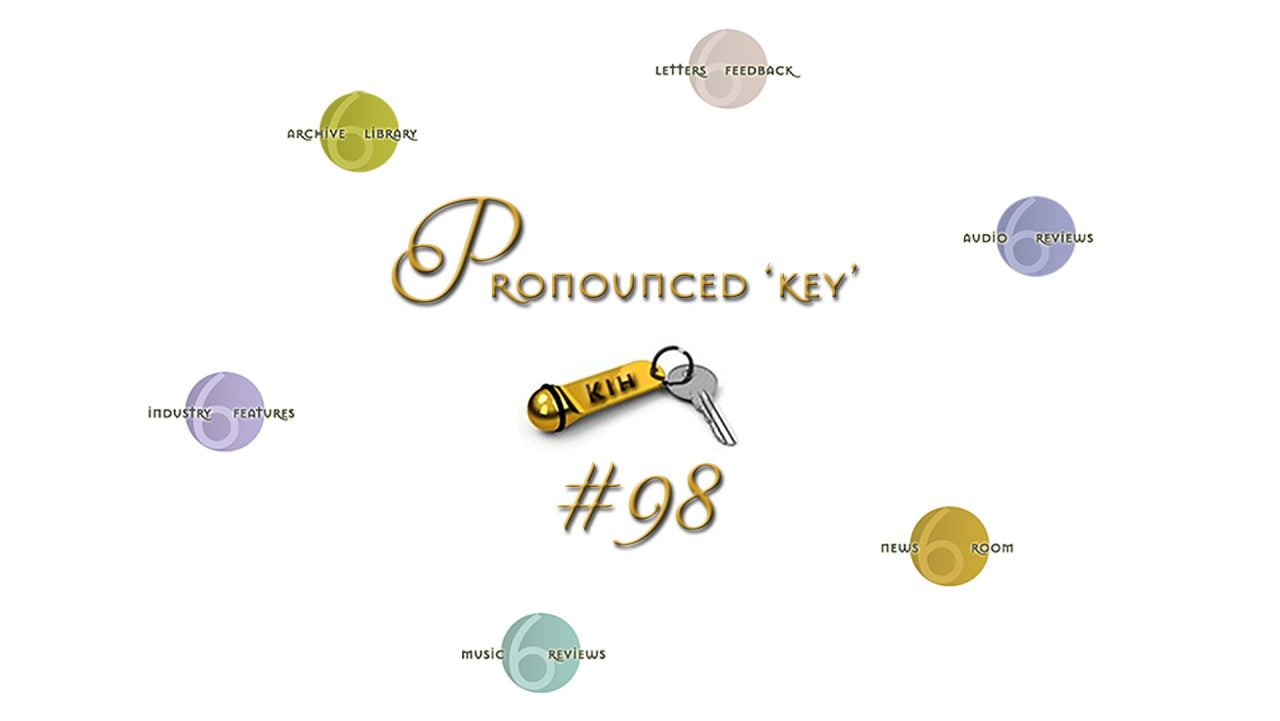 Today we milk a recent review of mine for a punch line. “Going from A to B via Aavik’s D-180 to D-580 converters was like going from A to F. If you predicted otherwise, put ten quid on the collection plate for redemption. The language teases, the difference was more a full Monty so impossible to overlook.” That language applies the reviewer’s loupe. Through it, everything looks bigger. “Playing a well-recorded instrumental, dropping from D-580 to D-180 instantly rendered stiffer and more rigid. Dynamic micro gradations flattened out. It’s very subtle shifts of emphatic nuance which bestow upon a melodic line its expressive fluidity. Reduce value steps. Now there are fewer microdynamic differences, fewer inflection points. A certain elasticity vanishes. It’s why one reaction to the converter change will call out a stiffer more mechanical gestalt. It plays all the same notes in all the same places but their energetic charge or liveliness diminishes.” 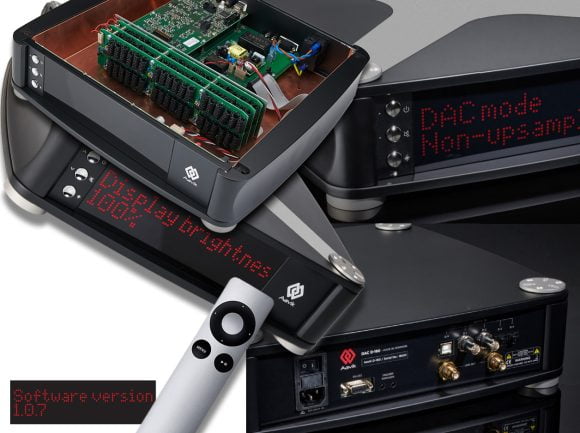 Hold your horses. We are getting somewhere but must still cover more ground. “The second difference was less developed ambient recovery. Again all notes were the same. Given the backstory—all three DACs use exactly the same active electronics with identical specs and only differ in mechanical details and amount of esoteric noise suppression–we’d expect no more. In those terms, nothing happened. It’s the keenness of spatial envelopment and how sounds behaved in the recorded venue which stepped down. Imagine just enough shadow creeping up. It won’t blot out any primary sounds, just obscure a certain connective tissue between them. Those connections are spatial and often mapped by decay trails. So we might say that the D-180 dried out atmospherics. In tandem with microdynamic compression, the most basic description of the overall difference calls it more matter of fact.”

Now we’re just about there. Here comes my review’s take on more matter of fact.

“Subtext falls away. Finer implied meaning between the lines erases.” 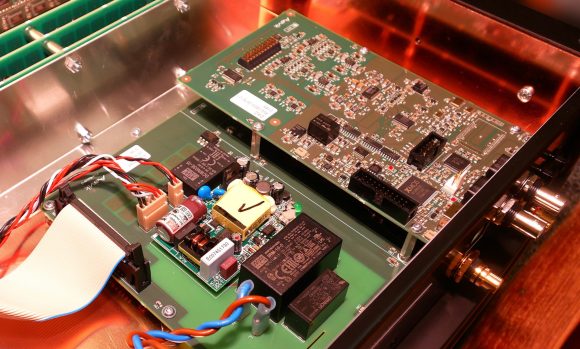 To make the point again, I described it next in reverse.

“It happens to anyone who learns a new language. It takes a long time before we can play beyond mere facts; until we can tease in nuance, playfulness and the ambiguity of multiple meanings, hints and implications. It’s the same for musicians. First, they must learn basic mechanics to play the right notes at the right time and with proper intonation. Making the notes dance beyond following just the plain facts of a score… that’s where mastery enters. In those terms, the D-180 was more of a beginner. This included tonality, not as a function of tonal balance. The latter is just the result of relative bass/mid/treble weighting. The tonality upon which D-180 and D-580 diverged was based on harmonic distribution. Musicians deal in tone modulations. It’s accomplished with different air speed, lip or bow pressure, whether strings pluck by nail, plectrum or fingertip and so forth. This can also create different transient textures—at its most basic, hard or soft—but here we focus on the relative distribution of overtones so harmonic weighting…

“The D-180’s tonality was more platinum as though emphasizing more higher odd-order harmonics. The D-580’s tonality had the same high triangle flare/fizz but beneath it a more copperish gold. This translated to piano and cello alike. It gave their tone more weight and glow. Using acoustic instruments recorded very well makes for the best tour guide into this layer of difference… Because of the D-180’s marginally cooler and arguably crisper demeanour, less careful listening might first give it the nod on micro resolution. Faint cymbal trills seem to separate out more. A few A/B will ascertain that no, the D- 180 isn’t more resolved. The D-580 is. But their non-identical tonality could initially deceive our perception in certain regards.”

Now we’ve arrived at the heart of today’s feature. It’s about resolution and how particularly beginners can mistake lower for higher resolution. It’s easily done. Let’s return to the more matter-of-fact DAC. It resolved less stuff between the notes. That meant the background seemed quieter ergo contrast higher. Et voilà, more resolution. Really? If a recording was done outdoors without any reverberant space and all ambient noise suppressed, hearing images like cut-outs against a shadow play’s solid ‘blackdrop’ might actually be realistic. But any instrument or vocalist recorded in an enclosed space causes sonic reflections. Those could be extremely subliminal yet they’re there. Recovering them must suggest at least some sort of connective tissue, intermingling performer auras or overlapping sound bubbles. That recovery is higher resolution in action.

The beginner’s mistake is to think of the starker contrast between images and apparently nothing in-between as higher resolution. In fact, this nothing includes a lot of life even if it may be planktonic. That microscopic flotsam represents space as the physical context in which the musicians performed. Space per se isn’t visible. Neither is it audible. But a comet can light up a pitch-black night sky to suggest expanse and distance. Ditto recorded micro reflections. They can light up the space in which they bounced around. 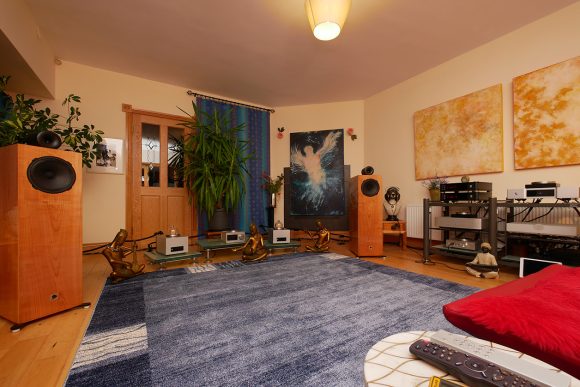 So hearing stuff between/around images represents higher not lower resolution even if images per se may seem less matter of fact. The same applies to microdynamics. The more compressed those render, the more stiff and rigid music feels. It’s as though people talked in monotone. Just so, stiff and rigid seem robust and clearly defined which a beginner might see as higher resolution. The more microdynamics decompress—this relies on both high recording and playback quality—the more fluidic and elastic music begins to feel. Monotone delivery gains inflections and constantly changed emphasis. It’s less ‘concrete’ now. It’s more like a young tree bending in the wind, all leaves in constant flicker. Higher resolution is more fluid, lesser resolution stiffer.

Another common mistake is to confuse resolution with sharpness. A brighter treble or harder transients may pool into such sharpness and the beginner imagines higher resolution. Meanwhile, the experienced audiophile knows how each time we diminish noise – especially in digital – playback gets softer and darker. Subliminal grit gets ever finer before it dissolves altogether. ‘Matter of fact’ is a virtual guarantee of insufficient resolution, especially with superior recordings. So today’s article was about finer layers of experience and attention. Those dig deeper into playback than just scratching the surface of obvious facts. Whether we want to pay such attention is an entirely different matter. But there’s no question that deep listening is a cultivated pursuit. It’s something one practices and evolves. What drives that is caring. And different people care to different degrees – about musical playback or anything else. 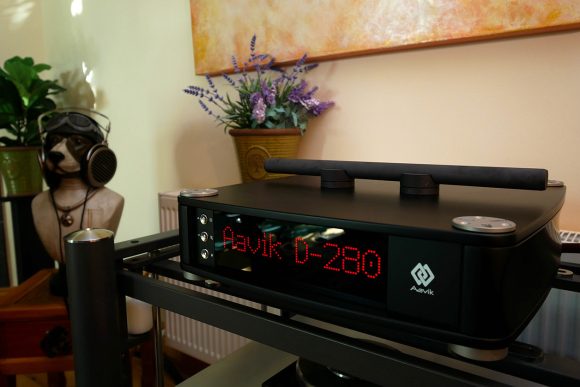 It’s why discussions between beginners, intermediate, advanced and truly advanced listeners invite misunderstandings. What the latter care about, tune a system to do and perhaps even select music for may utterly elude someone who is far more casual. And there’s nothing wrong with casual. We all cultivate different interests and with them, skills or habits. But why should people who really aren’t serious listeners posture and spend money on systems and solutions which wildly eclipse their needs? Knowing our place keeps it real and appropriate. We know when good enough is good enough and leave it there. Relative to the review I quoted from today, the price points for its three DACs were €6’000, €10’000 and €20’000 yet published performance specs, features and looks are identical. As described, there were sonic differences. As suggested, to matter requires not just a system of sufficient overall resolution. It relies on an owner who actually cares about these deeper layers of the playback experience and knows how to access them regularly.

If we don’t, why bother? Just to impress strangers on the Internet and gain their approval? That would be silly, wouldn’t it? So knowing when good enough is good enough, for our depth of interest and involvement, is key and KIH: keeping it honest. 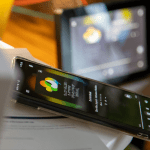 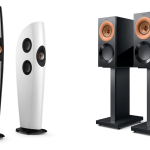