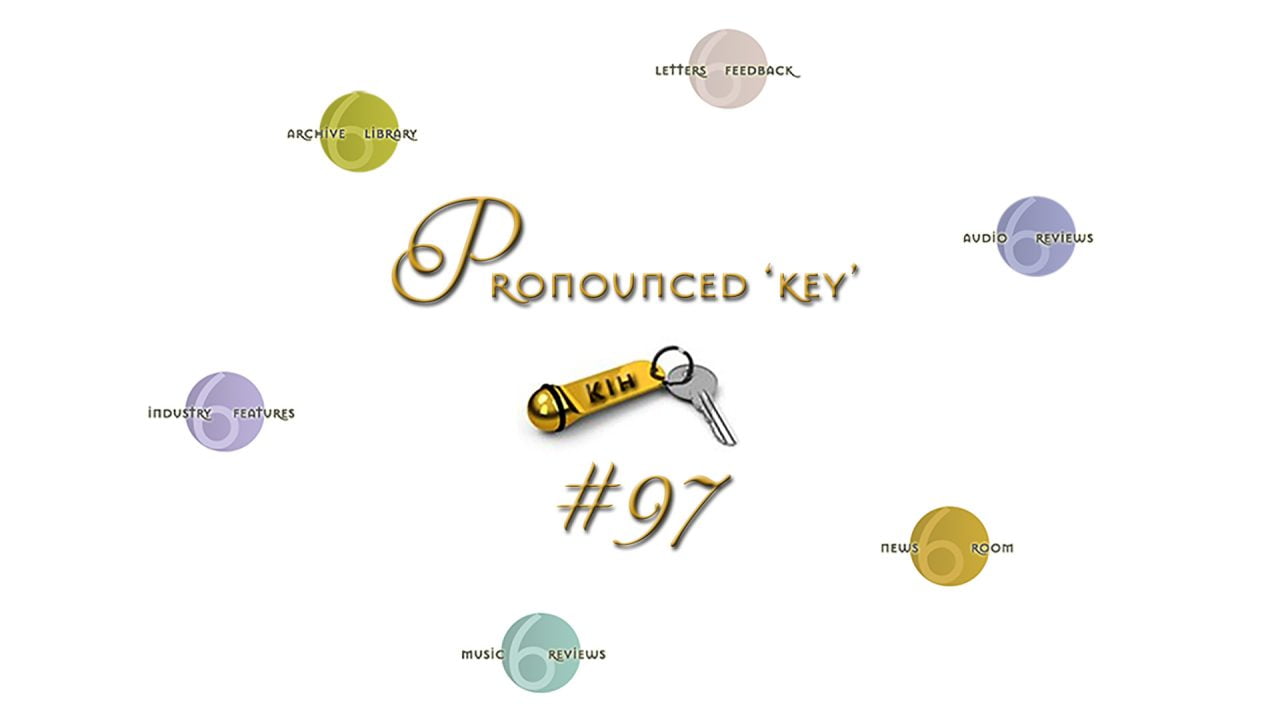 In folklore, a succubus was a supernatural female entity that in dreams seduced men. According to religious traditions — of course they would say so — repeated sexual activity with a succubus can cause poor physical or mental health, even death. If we die in a dream, do we wake up dead? It might explain the walking dead. But today is about subwoofers. Let’s adjust the spelling to subuccus to be safe. The purist audiophile religion might still advise abstinence. And it’s true, integration of a proper 2.1 system for music requires forethought. Here are my reasons why it’s good to give into subucculous temptation; and how to avoid certain problems which are still less dangerous than poor physical or mental health, never mind total expiry.

Peruse any loudspeaker catalogue. Beyond its first floorstander, the main and pretty much only performance spec which improves is -3dB bass extension. The specs which worsen are size, weight and price. To make good passive bass is costly and sizable. Below 40Hz, gains vs. expense invert. It becomes ever costlier to eke out a few extra cycles or SPL points. Nearly always, bolting on one or two cost-effective subs like my Dynaudio 18S or John’s KEF KC62 to a monitor instead is far cheaper to hit a solid 25Hz. That keeps the mains more compact thus happier lounge lizards and adds useful features and control over the bass. Separating bass into its own enclosure often also allows the mains to move into a sonically superior place because they’ve become less visually intrusive than a passive tower of equivalent bandwidth would be. 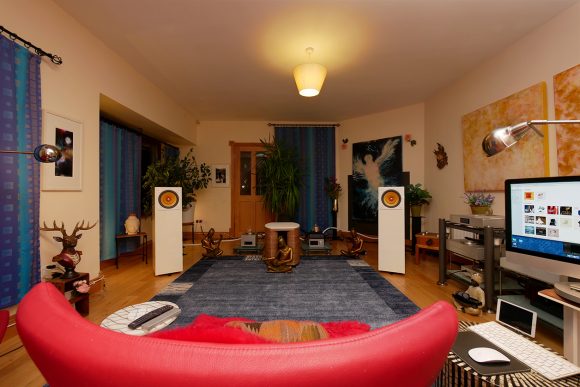 Challenges of sub/mains integration live in both the amplitude and time domain. If we just add a sub below where our mains fade naturally, we rely on luck that the filter slope which our sub rides in on matches their roll-off. What’s more, it wants a low-pass filter in the sub that can be set low enough to cause no unwanted overlap and bloat up our mid or upper bass. Even if filter frequency and slope are a happy match, we’re still not assured time alignment if our sub’s DSP causes a delay from processing latency. Sound travels about 1m/3ms so a 9ms sub latency equals it being 3 meters late when placed equidistant with the speakers. Compensating by physical offset is possible as long as you can accommodate the necessary closer placement for the sub.

Even with proper amplitude/time alignment in place, tacking on a sub does nothing to lighten a 2-way speaker’s job. It still struggles to do the very lowest bass which presents unfiltered at its voice coils. It causes unnecessary excursions and higher heat. That equals higher distortion and dynamic compression. The solution is obvious. Filter out low bass from the speakers. That’s called a high-pass filter: it’s that which lets the highs pass. A second benefit is that now we’re no longer stuck to one fixed low-pass frequency. We can raise that in tandem with the high pass, usually somewhere between 40 – 100Hz. 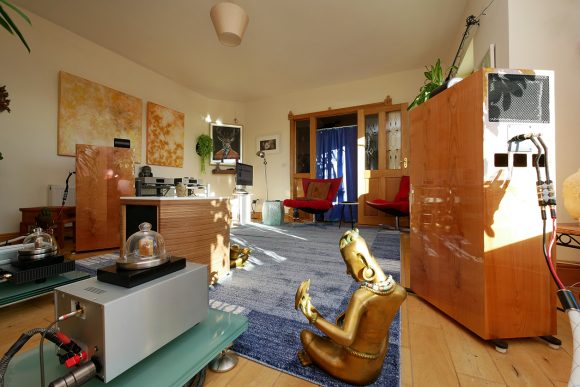 Some subwoofers offer RCA/XLR i/o to loop our speaker signal through an internal high pass. This could even be accompanied by selectable digital time delay whereby the speaker signal exits delayed so the subwoofer can go into a corner or against the front wall so farther from the seat. Often that’s cosmetically more acceptable. In this scheme we’re married to the subwoofer’s filter quality and whatever other effects its DSP might have on the speaker signal. An alternate approach handles the filtering in an outboard crossover, then bypasses the sub’s by going into its LFE or 0.1 input (which assumes filtering in usually a home-theater pre/pro’s bass management).

The outboard crossover could be analog where commercial solutions span the gamut from Sublime’s $499 job to Magico’s $48’000 MXO, with JL Audio, spl and Wilson somewhere in-between. It could be digital like German Physiks’; even embed in a DAC like Bel Canto’s or the bass management of an integrated/receiver like Bluesound’s or Lyngdorf’s. This still leaves the issue of relative phase between mains/sub to insure a linear transition. One adjusts this so that the handover frequency plays loudest thus suffers no out-of-phase suck-out at the transition.

But our subucculous tryst still isn’t assured total success. That’s because regardless of whether bass is passive or active, in the vast majority of cases it generates inside a box to radiate 360°. Due to the long bass wavelengths involved, they wrap around the cabinets to reflect from all our walls, ceiling, floor and furnishings. That’s at minimum six main reflective surfaces which all add reflective SPL to the direct sound. That extra output is casually referred to as room gain. While it’s free, it always kicks in late because the reflections that cause it travel longer to delay in time. The larger our room and the higher our ceilings, the more the time delay between direct and reflected bass grows. Unless our mains are true omnis like Avantages, Duevel, German Physiks or mbl, frequencies above ~200Hz become more and more directional so the mix of direct and reflected sound is very nonlinear across the bandwidth.

Can room gain and its influence on the time domain be cut some other way than by absorption? It can. One way is speakers/subs whose bass doesn’t radiate 360° in the first place. Hello dipoles aka open baffles and panel speakers. Their out-of-phase rear radiation doesn’t trap inside a box but is free to play the room. In/out-of-phase front/back radiation meets at the sides and cancels. Hello ‘figure 8’ dispersion pattern. It eliminates our room’s sidewalls as reflective surfaces. That automatically subtracts at least 30% of room gain. It’s not a complete solution but still effective nonetheless.

Speakers with cardioid bass like the Kii Three accomplish a similar thing by targeting how much bass can reflect off the front wall and to a lesser degree the side walls. This they do with heavy DSP, strategic driver positioning and managed cancellation. Open-baffle speakers do it purely acoustically. An obscure dipole wrinkle is the Alex Ridthaler Ripol which adds reduced front-wall output for even higher directivity in the bass. There’s also PSI Audio’s active bass trap or anti-subwoofer claimed to be “easy to set up and move, no calibration required and efficient like passive absorbers 25 x its size to take care of any room modes from 15 – 150Hz.”

Yet another wrinkle in the search for lower better bass is structural gain from mechanical coupling. This happens when a sound appliance sinks physical vibrations into resonant supports. Like room gain, it adds output and time delay. A typical example is a subwoofer coupling to a suspended floor. The floor amplifies its output mechanically and migrates that extra energy into neighboring rooms and back up insufficiently isolated equipment racks. What’s needed now is mechanical isolation/dissipation of this jackhammer effect via purpose-engineered isolation footers like Carbide Audio’s. Those work in both the horizontal and vertical axis with roller bearings and viscoelastics. They disrupt structure-born energy transmission to keep our bass cleaner and tighter, our neighbors happier. 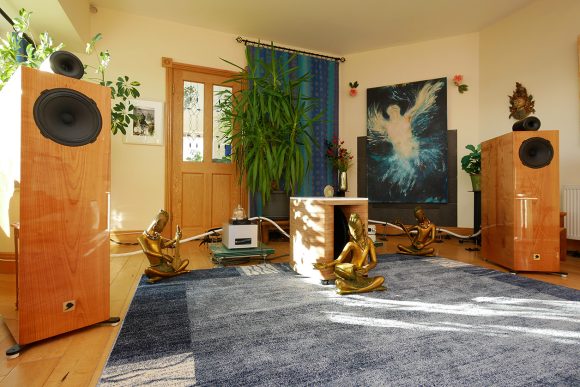 Whilst professionally calculated passive room treatments can be effective if big enough, they’re still guilty of being a cure for a mostly self-inflicted malaise. Ripol subwoofers from ModalAkustik and sound|kaos plus speakers from Ecobox to Voxativ with built-in Ripol bass systems seriously minimize in-room pressure generation by instead acting as very directional velocity converters. By not creating the problem in the first place, they don’t need the cure. The same holds for the Kii Three.

Folks thinking about all the implications of low domestic bass thus have a few clear paths to consider. According to my experiences, going the Ripol route without room treatments or DSP compensation is very effective and tremendously satisfying. But that would be a story for another day; and incidentally is one I’ve already told on my own website.

Today I’ll thus leave you to lusty dreams of a gorgeous subuccus. What you do about it once you wake up…now that’s entirely up to you. We’re all adults here! 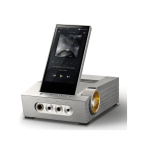 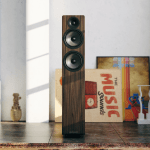