How much listening time do you need to properly evaluate a piece of hi-fi/head-fi gear? I asked my YouTube subscriber base this question two weeks ago. Just shy of 8000 people responded. These are the results:

The mean, median and modal averages all point to ‘about a week’ as being the typical amount of time needed to get a handle on how something sounds. And more of you need more than a week than need less. Interesting.

For reviewers, it goes further. There’s a deliverable at the end of the audition process. It takes me two days to write a review and shoot my own photos. Twice that long to script, shoot and edit a video. Allowing a week to audition a product and publish a YouTube video would cut listening chair time down to a mere two days: a woefully short amount of time that’s sure to impact a review’s reliability. Clearly, publishing one review per week isn’t possible without cutting corners.

I now take review loaners for at least three months (sometimes longer) — it gives me time to live with a piece of gear just as a consumer would. The long game also irons out any wrinkles in mood, accommodates a much broader range of music and gives me time to change up ancillary gear — but slowly. Too many changes too close together can obfuscate an individual piece of gear’s contribution to sound quality. Most importantly, having a product here for months, not weeks, gives me time to conduct comparisons to similarly-priced rivals (where possible). For comparisons are what give reviews their import.

I’ll be discussing this issue – and what it means for end-of-year lists – with Twittering Machines’ Michael Lavorgna in the next episode of the Darko.Audio podcast. That’s coming soon.

In the meantime, ask yourself: do you think touchscreens mounted to the front of amplifiers or streamers are a ‘must have’ to make a product easier to control? Or do you think they’re superfluous when the smartphone (in your pocket) or tablet will do the same job but with a better user experience? Or maybe you’re indifferent and you just don’t care either way. Cast your vote here. 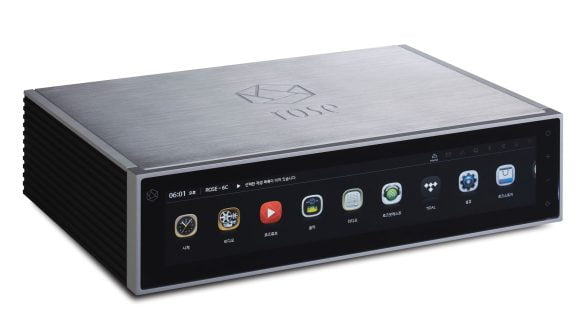