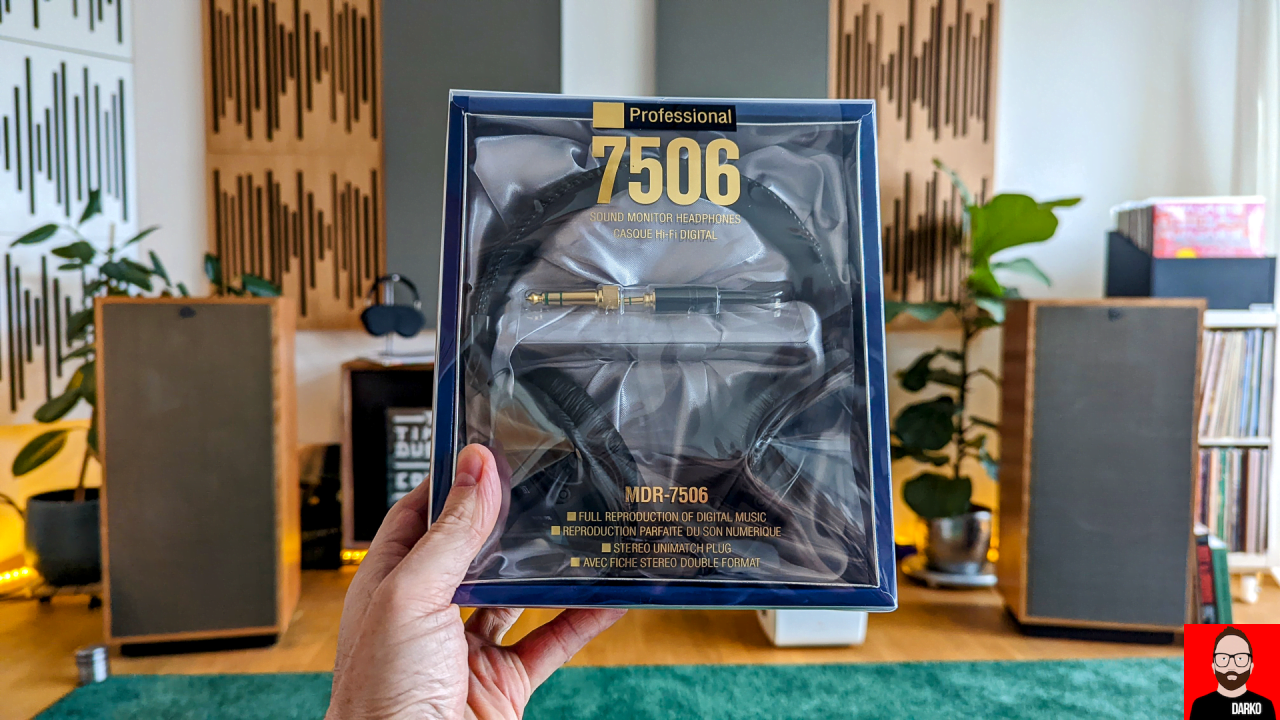 With ten days to go until the 25th December, here are ten last-minute gift ideas in the form of ten mini-reviews for the audiophile who thinks s/he has everything…

Smartphone remote control apps are super convenient. They’re always with us – in our pocket or on the arm of the couch – and they all run on a single device: either an Android or an iPhone. The downside is their homogenised haptics. Not every app looks the same but they all feel the same. For some hi-fi enthusiasts, turning a physical volume wheel remains more satisfying than dragging a volume slider on a touchscreen. It’s why the remotes supplied by Devialet with their Expert amplifiers and Phantom streaming loudspeakers have such tremendous appeal. Roon users not in possession of Devialet hardware can get in on the volume-wheel-on-the-couch concept with a Microsoft Surface Dial. When used in tandem with a Raspberry Pi running the rooEXTEND OS, the Dial talks to the Pi and the Pi talks to the Roon Core. The result is a physical wireless volume control that sits on the arm of one’s couch or a nearby coffee table and additionally offers play/pause and track skipping. More info here. 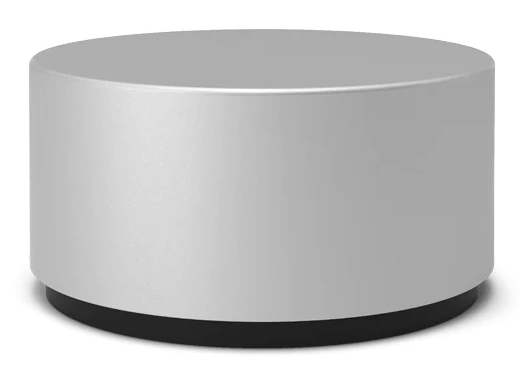 Wired-or-die purists love to sneer at Bluetooth users. They argue: Bluetooth’s (always) lossy compression effectively turns all source material into something little better than a Spotify stream. What their reasoning fails to acknowledge is 1) the never-ending struggle of hard-wiring an outboard DAC/headphone amplifier to a smartphone and 2) that recording/mastering quality has much more of an impact on what we hear than the Bluetooth codec in play. Bluetooth aficionados know that Qualcomm’s aptX HD and Sony’s LDAC get us within several whiskers of lossless audio quality and that those whiskers irritate less than having to rubber strap (or hold) smartphone to DAC so that its USB umbilical remains undisturbed. iFi makes such DACs but for this commentator, the jewel in their line-up is this year’s GO Blu. The matchbox-sized unit pairs wirelessly with a smartphone, deploys AAC, aptX HD or LDAC (depending on the smartphone in play), offers 3.5mm and 4.4mm balanced headphone outputs, delivers a very satisfying volume turn from an Apple-like ‘crown’ rotary and gives us optional extra bass or extra soundstage width (or both) from the click of a button without using DSP. The only niggle (not covered by the reviews that I’ve read) is that the GO Blu’s noise floor becomes audible (as a hiss) when mated with sensitive IEMs; in most cases, this is impossible to ignore. iFi’s IEMatch will sort that problem but you might prefer to put those fifty Euros towards a better-sounding pair of over-ear headphones. More info here. 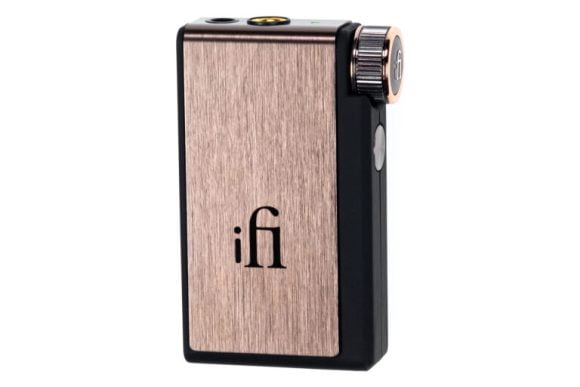 There’s a lot not to like about this closed-back headphone from Sony: its plastic arms and earcups, its slightly overcooked side-clamping force and – for some – the non-detachable coiled cable. However, none of these negatives is an unreasonable compromise at the MDR7506’s asking price. Moreover, there are two very good reasons why this headphone has remained in production since the early 90s: weight – or lack thereof – and sound quality. This headphone’s 4cm dynamic drivers were tuned by Sony’s MDR lab to favour midrange insight and presence as well as a healthy dose of recording space ‘air’. To some, they might initially sound bass shy but a run through some Rhythm & Sound and then some Burial is enough to convince us that the 7506’s sub-bass handling remains intact. With the gossip mags trying to convince us that celebrities wearing wired headphones is a sign of a forthcoming wired renaissance, the Sony MDR7506 could be the hipster’s choice in 2022. And yes, the iFi GO Blu has enough power on tap to extract better performance from these Sony than most laptops or generic smartphone dongles. 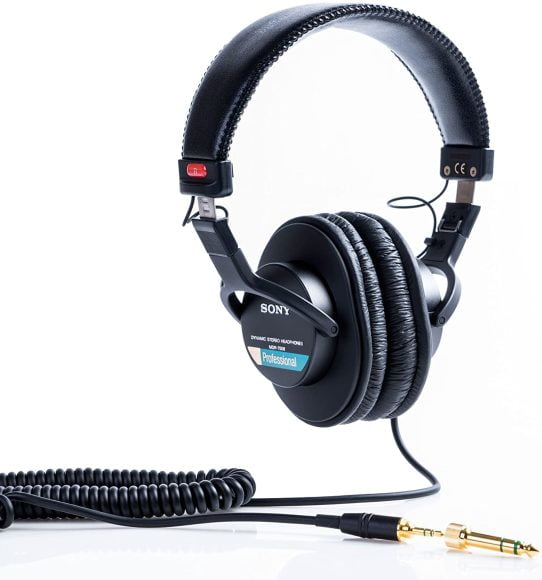 These memory foam tips are a simple addition to the AirPods Pro for anyone happy to trade in a little bass response for a reduction in (air) turbulence whilst wearing the Apple earphones on a run or a bike ride. It’s a reduction that’s especially useful when making phone calls or listening to podcasts — for they are the AirPod Pro’s strongest suits. Music fans should look to the Sony WF-1000XM4 for their true wireless IEM fix. 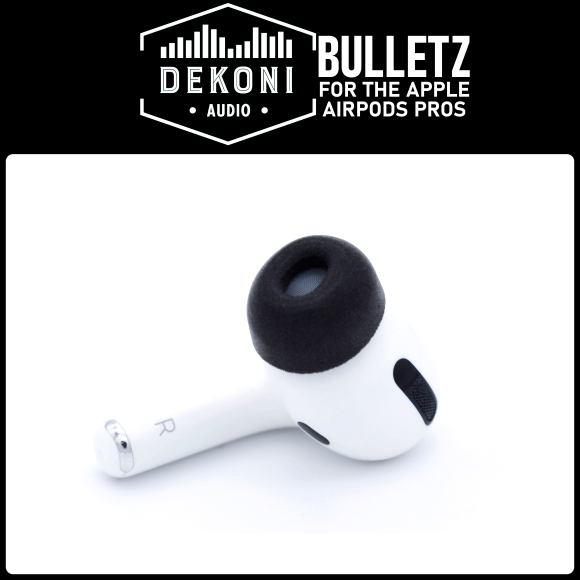 I found this light initially too physically dominant for a turntable setup. It spent its first six months chez Darko lighting my work desk. Two buttons give us adjustable light temperature and intensity –  useful when trying to dial the light’s illumination into one’s surroundings – and the gooseneck’s extreme flexibility is matched by a robustness that I’ve not seen on similar products. In the wake of my listening room’s recent renovation, out went the hifi rack and in came the Kallax units, this time on wheels (see below). On top of one Kallax sits a new turntable (a Rega Planar 8). Screwed onto the rear upper lip of the Kallax is the Reliable light. It shines brightly on record surfaces to make clear any dirt or dust build-up. In the evenings, when I’m less likely to clean a record, the Uberlight Flex is dimmed. My Rega turntable setup looks none too dissimilar to Reliable’s own ‘lifestyle’ press shot (that features a Planar 10). 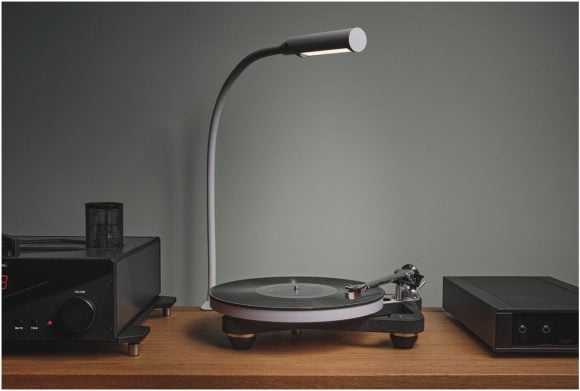 Who the hell drops three hundred clams on a record brush? Answer: anyone in possession of a high-end turntable rig, an Ultrasonic RCM, the cash to splash and the desire for something better looking, better feeling and downright more effective than AudioQuest’s €20 plastic alternative. I know because I use both. As RAMAR says, this brush is “for people who appreciate craftsmanship”.  The Berlin manufacturer’s magnetically conjoined two-piece construction isn’t as easy to use with one hand as the AudioQuest but it lifts more dust from the record’s surface and snaps back together with a reassuring thunk. The ingredients? A combination of “six double rows of carbon fibre”, “two rows of goat hair” and a magnet. Want the best value brush? Get the AudioQuest. Want the most effective and most attractive brush? Get the RAMAR. 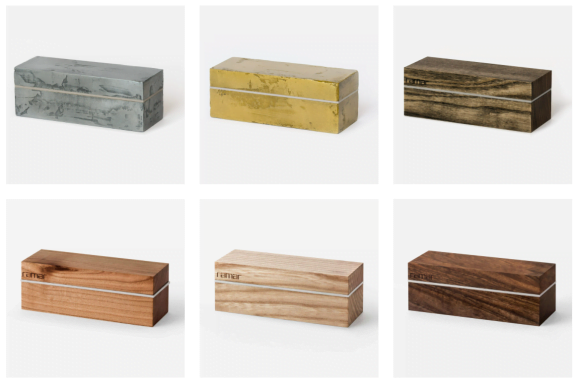 With metadata editors, Mac users are spoilt for choice: Kid3, MusicBrainz Picard and MetaBliss. But for me at least there remains only one true master: mp3tag. Why? Because it does everything. My three favourite features are that it 1) generates tags from file names (and vice versa); 2) can auto-add track numbers in sequence and 3) will pull data from the MusicBrainz database or Discogs.com. But perhaps best of all, mp3tag lays out an album’s metadata info in a spreadsheet-like form with each cell editable via a single click. mp3tag is an essential tool for anyone not relying on Roon or Plex to paint over their music library’s metadata cracks. 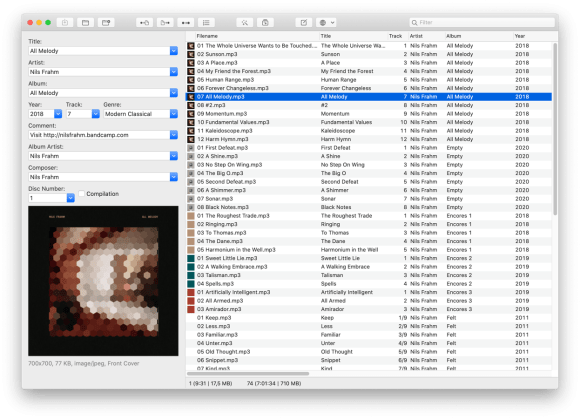 “Hey honey, I got you a plant roller for Christmas!”. Sounds odd, right? Stick with me. Moving house with a large record collection in tow is a champagne problem but a problem nonetheless. Records are both heavy and fragile. But what if we only need to move our records around our room? Or to the next room? We already know that IKEA’s Kallax is the go-to vinyl storage system for record collectors on a budget but removing the records, moving the Kallax to its new location and then reloading it with vinyl is a major PITA. IKEA discontinued the Kallax’s castor system a few years back but I have stumbled across the next best thing: Wagner’s Maxigrip square plant rollers. Their 38cm x 38cm dimensions are an exact match for the underside of any 1×1, 2×1 or 4×1 Kallax unit. A pair of plant rollers affixed to the underside of a 2×2 Kallax unit don’t work quite as well because the middle castors tend to ‘fight’ each other but the rubberised top plate prevents the Kallax from sliding around and two of the castors on each Wagner roller have locking mechanisms. 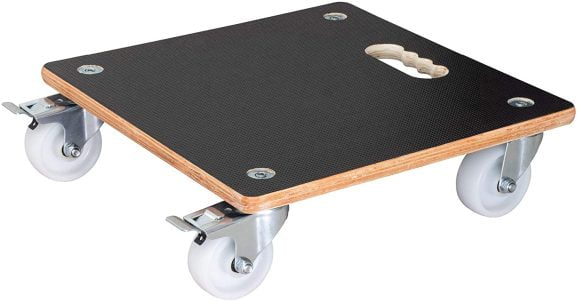 This is a heavy hardback coffee table book about vinyl LP artwork…that sells for the price of a single vinyl LP. ‘Art Sleeves’ isn’t the usual Hipgnosis / Mick Rock revisionism. It’s not a book for vinyl bores but one that casts a much broader and more contemporary eye over the world of record sleeve design, honing in on the art more than the music. Many of the examples contained herein were designed by artists whose work is often found outside of the music industry. 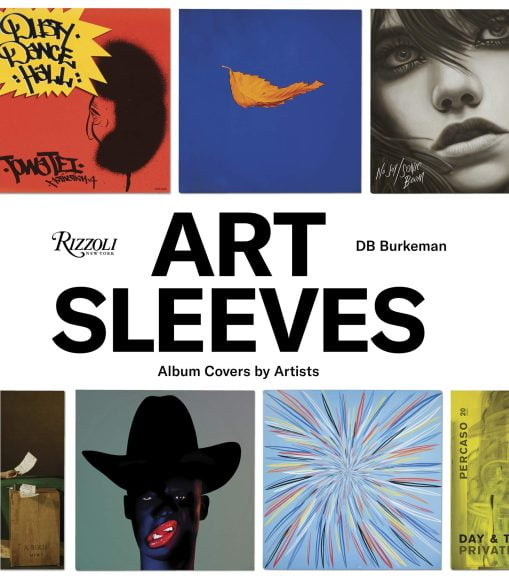 Take a mental picture of this: a pair of loudspeakers straddle a hi-fi rack full of electronics with the wall behind lined with acoustic treatments. And that’s it. No plants. No pictures. No trinkets. No personality. Would I want to sit in this room if no music were playing? Absolutely not. For yours truly, a good listening room starts with its look and feel. And what better way to add some character to a room than a lava lamp. This one comes from the UK’s OG of lava lamps: Mathmos. What you see below is the Astro (in silver), which sits in the 1960s Originals series. It’s large, reassuringly heavy and doesn’t look or feel cheap. That’s because Mathmos has been making lava lamps in the UK since 1963; and despite Brexit they are readily available throughout Europe (and beyond). 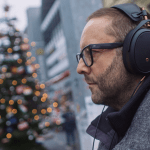 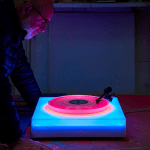