This year, I’ve deferred my Christmas holiday break until January 2022. A week or two in a warmer country will allow me to push pause on Berlin’s grey winter to re-engage with one of my favourite pastimes: outdoor dining. Knowing that a vacation is just around the corner is why I spent Christmas Day and Boxing Day finalising our video coverage of the Audiolab 6000A Play.

The 6000A Play is a wonderful-sounding streaming amplifier. But it has issues. All but Spotify streams are marshalled by DTS Play-Fi. That means content pulled from Tidal, Qobuz or Amazon Music must travel through the Play-Fi app before being handed off to the Audiolab unit. On a Google Pixel 6, playback glitches are common. Less so with an iPhone 13 Mini but we did catch one of those rarer events on camera (see video above). Most egregious of all, DTS’ Play-Fi streaming platform splices 5+ second gaps between songs. This too we demonstrated in our video.

Why the strong focus on DTS Play-Fi’s lack of gapless playback? To those already in the know, it might seem odd to spend more than a couple of minutes discussing its absence. As someone who has breezed past it in previous videos, I know that doing so raises more questions than it answers. My Audiolab purchase provided an opportunity for a deeper dive; especially as many other reviewers had flat-out failed to mention gapless playback’s absence here. A quick squiz at the Internet reveals that this is an issue that has dogged Play-Fi for years. Do others covering the 6000A Play only listen to playlists? Are they more into amplifier technology than music? And why would I retread ground already covered them – that this is one helluva great-sounding amplifier – when its streaming-induced dealbreaker looms so large?

To wit, many YouTube viewers appear to not know what gapless playback is; or why it matters. They don’t seem to understand the implications of its absence, especially for album listeners like yours truly. This was borne out by the results of a recent YouTube Community poll.

Gaps spliced between tracks by the streaming platform snap us out of music’s pseudo-hypnosis when listening to albums for which the artist has specified seamless track transitions (Pink Floyd, DJ mixes, classical pieces). Longer gaps even mess with the cadence of track transitions specified by the artist on gapped albums. In short: gapped playback – no matter how large the gap – is not as the artist intended.

Despite these shortcomings, I didn’t throw Audiolab or DTS under the bus with bold proclamations that the 6000A Play was “unusable” or (worse) that it wasn’t recommended. It’d suit playlist purveyors just fine and besides, for anyone insisting on gapless playback, a €100ish S/PDIF-hatted Raspberry Pi could tap into the 6000A Play’s internal DAC – to add Roon Readiness or AirPlay – before being tucked away out of sight. Similarly, fifty bucks would get you a Xiaomi MiBox S whose Built-in Chromecast support isn’t gapless until Roon rides on top.

For those without an ‘extras’ budget, the 6000A (sans Play-Fi) sells for €250 less than the Play version’s €1000 asking. The Play-Fi-less version gives us the same Class A/B amplifier circuit (50wpc into 8 Ohms, 75wpc into 4 Ohms), the same ESS ES9018K2M-based DAC circuit and the same low-noise JFET MM phono stage.

I put the Audiolab 6000A video coverage to bed at around 8pm on Boxing Day. I followed suit not long after, happy in the knowledge that although I’d criticised the DTS Play-Fi streaming system, I’d done so fairly, charitably and with the right tone. Tucked up in bed, I dreamt of an easier work week to follow where scripting and shooting videos would be my focus before packing for a January vacation.

The next morning had other plans. Powering on the Audiolab amplifier ready for a bit of Spotify listening over coffee, I also fired up the Play-Fi app to take a couple of screenshots for this article. But before my finger could make it to the ‘+’ button, a pop-up asked if I wanted to update Play-Fi on the Audiolab. Surely DTS hadn’t fixed gapless playback overnight? I checked. They hadn’t. Well, sort of. We’ll get to that. Maybe DTS had fixed the issue that was causing glitched playback on the Pixel 6? Nope. What about the stream travelling through the phone on its way to the amplifier? Not that I could tell. Why the update then? To the App Store changelog!

Over at the DTS Play-Fi listing on the German iOS App Store sat a clue. Beneath the “Brand New User Interface!” and the updated “Scenes” sat something curious: “Faster track-to-track playback when using Transfer…”. What was that? There was nothing in the Audiolab 6000A Play manual. Two mentions of ‘transfer’ related to the unit’s warranty. Side note: Audiolab would do well to add a Play-Fi ‘how to’ guide to the 6000A Play’s manual to save users having to find their way using trial and error. Intuitive the app is not.

A fresh look at the same showed me what I and Audiolab’s manual had previously missed: at the bottom right of the cover art display, an arrow folds upwards and rightwards into the opening on a square. Clicking it blacks out the screen for another pop-up: “Transfer Playback. This will transfer playback off this mobile device. Continue?”. You bet I wanna continue.

The first time I did this I was asked to log in to Tidal again. Presumably, because the software player inside the Audiolab amplifier needs to be logged in to Tidal to accept stream URL hand-off. Hitting ‘Continue’ thereafter moves the stream from the smartphone to the Audiolab. This was first confirmed by killing the Play-Fi app on the Google Pixel 6 and hearing the music continue. Airplane/flight mode also had no effect on the stream. This newfound functionality was reproducible with an iPhone 13 Mini.

What does this mean for the listener? Transfer mode waves buh-bye to glitched playback and it reduces the gaps between tracks from more than five seconds to less than one. Here, Play-Fi mirrors Chromecast’s handling of track transitions.

Does this change my opinion of the Audiolab amplifier’s streaming prowess? Yes. But also no. The elimination of streaming glitches is obviously a win. So too is removing the smartphone from the playback chain. If you’re a stickler for Ethernet-only data transmission, you probably wouldn’t accept a smartphone running interference between your router and your streaming endpoint.

Smaller gaps between tracks are, on the face of it, a big win. They drastically reduce Play-Fi’s impact on already-gapped albums like Talking Heads’ Little Creatures. However, whether the gap is five seconds or less than one, the rhythmic propulsion of DJ mixes like John Tejada’s Backstock is still knocked off-balance each time we move from one track to another. Small gaps still disturb the seamless track transitions intended by Genesis for The Lamb Lies Down On Broadway, or Kate Bush for the second side of The Hounds Of Love or by Daft Punk for their heavily mashed-up Alive 2007 set. Even with Transfer mode engaged, gapless playback still eludes Play-Fi; but I must shoulder some of the blame for not finding it sooner.

What the right hand gives, the left hand takes.

Transfer mode parks Play-Fi’s original ‘now playing’ screen and its large (sometimes cropped) cover art display in favour of a smaller box that shows artist/song info and album cover art no bigger than a postage stamp. In the upper right corner sits confirmation of Transfer mode: a smartphone wingding partially inset into a musical note. Play/pause works as expected, sometimes a 1-2 second lag. However, the ‘track next’ button’s response time is all over the place. Sometimes it works instantaneously. Other times it does nothing at all. Its in-between behaviour is a 5 – 10 second lag. This erratic track-skipping response time presents on both Android and iOS apps.

If we don’t engage Transfer mode, we can listen and browse Tidal (or Qobuz or Amazon Music) simultaneously. Engage it and the app goes into navigation lockdown. The way out? Clicking the ‘+’ symbol in the bottom right of the screen. But pressing it brings music playback to a screeching halt. To get to a streaming service menu, we have to re-nominate the Audiolab as a Play-Fi endpoint. On Android devices, hi-rezzers must also re-toggle Critical Listening Mode. Only then can we go back to browsing for songs or albums. In silence.

Once we’ve found something we want to listen to, hitting play bounces us back to the original ‘now playing’ screen – where the stream travels through the phone – and we are obliged to re-engage Transfer mode if we want that not to be the case. Having to go through an in-app click-a-thon for each and every new song, album or playlist is the stone in Transfer mode’s shoe. If there’s a way to keep Transfer mode permanently engaged, DTS hasn’t made it easy to find. If it exists, the price will likely be the inability to browse for the next album, song or playlist whilst listening.

It goes further. The newly-updated Play-Fi software behaves as if it went too hard on the sherry over lunch. The Tidal mothership has become quite good at tracking how many instances of its service are being run simultaneously on any one account. If I forget to turn off Roon before heading outside, Tidal’s smartphone app will eventually complain of too many instances and shut down playback. Similarly, if I alternate between two phones as Play-Fi remotes, one will eventually throw up an error complaining of too many Tidal instances. Other times, Tidal inside Play-Fi errors out on “countryCode parameter missing”. Most bizarre of all – every now and then – Play-Fi will try to tell me that Transfer mode is not yet supported on my device but “will be supported soon!”. At this point, I think Play-Fi needs a lie-down.

There’s no doubt about it, DTS is stepping in the right direction with Play-Fi. Transfer mode’s stream hand-off and smaller inter-track gaps show that it’s listening to end-user grumbles. However, the platform still lacks the functionality we take for granted elsewhere. If Play-Fi is to compete with Roon, Tidal Connect, Spotify Connect or even Bluesound’s BluOS or Auralic’s Lightning DS: 1) the gaps between tracks need to be eradicated completely, 2) Transfer mode’s stream hand-off needs to be made permanent (and not an option that must be engaged every time we press play on something) and 3) it must also permit Tidal/Qobuz/Amazon browsing whilst music is playing.

Until then, the Audiolab 6000A Play and DTS Play-Fi, Transfer mode engaged or not, remains a heaven and hell experience.

Note: the Audiolab 6000A Play video was moved to ‘Unlisted’ (hidden on YouTube) whilst I dug into the Play-Fi update that arrived the morning after its publication. It’s going ‘Public’ again with the publication of this follow-up.

UPDATE 7th January 2022: This follow-up can now be viewed in video form here. 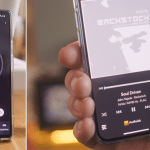 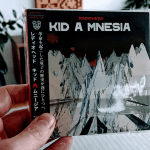