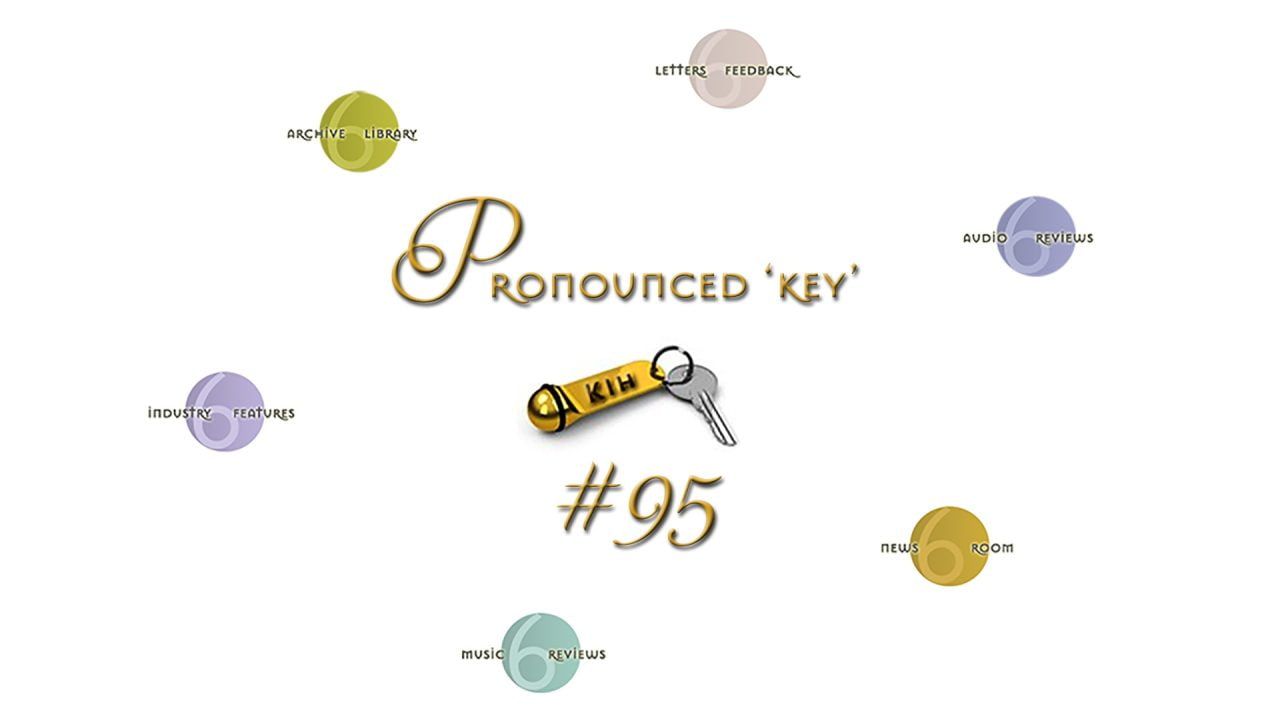 Audio myths or misses? For sheer Schiit and goofy giggles, let’s rumble a few. Slow bass. If a woofer is tasked to move maximally 80 times per second, a tweeter 35’000 times, it’s easy to see why in some quarters, woofers are called slow. Whilst with the nekkid eye we’ll never see a tweeter move, we might watch a woofer shudder or try to jump its hoop. Hello, big excursions to move sufficient air for desired loudness. The fact that a woofer’s action can be visible but never a tweeter’s probably pools into the ‘slow bass’ notion as well. But there’s more. Imagine sound like three-dimensional Snooker except that when the cue ball hits its first target ball, that one instantly fractures. Now it doesn’t pursue a linear path bouncing off the table boundaries in succession until the motional energy exhausts itself. It pursues simultaneous paths in all directions. That’s because in nature, sound propagates omnidirectionally. It also would with speakers were they the perfect theoretical point source so infinitesimally small to radiate spherically. But most speakers come in boxes. Their drivers aim in only the forward direction. For sound to wrap around the box and go omni, its wavelength must exceed the baffle’s width. With box speakers, treble and midrange behave directionally to radiate into so-called half-space (forward and in attenuated fashion sideways – reference off-axis behaviour). The long wavelengths of the bass wrap around the box to behave omnidirectionally or as full-space radiators.

That means we hear bass at least twice. First, we hear the direct sound which aims straight at us. A bit later, we hear the sound which went rearward, reflected off the front wall, then came back at us. In-between we hear sound that reflected off the sidewalls, floor and ceiling so parks its delay between direct and latest arrival. Hello. Anything which arrives late is slow. There’s no two ways about it. The larger our room’s dimensions, the greater the lengths to which rear-firing ricochet sounds must go before they arrive at our ear. Though our ear/brain attempts to sum the direct and reflected portions of a sound into one event, it doesn’t take a genius to see that an ‘attempt’ needn’t equal success never mind that it comes without effort. It’s perhaps easiest to say that the bigger the delay we’re asked to digest, the more our sonic imagery is drawn with a very thick very soft pencil. Its lines are broad, their edges fuzzy and the smallest of detail which would rely on a maximally hard maximally pointy tip wiped out. 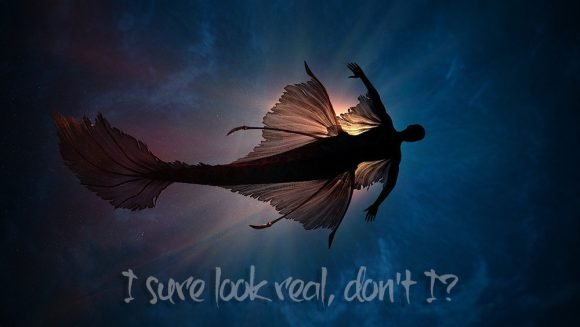 But there’s more. Phase shift too is a delay albeit very small. If bass arrives at our ear not only late but also out of phase with midrange/treble sounds, its attacks will seem blunted, smeared, out of sync or soft. Critical listeners sense that such bass hangs or lags or isn’t particularly snappy. It’s why Wilson’s top speakers pursue adjustable physical time alignment despite not practicing 1st-order filters. Even sound delayed by one or more full cycles will register its attack more sharply because now its excursion coincides with parallel excursions elsewhere in the bandwidth rather than becomes a rarefaction. It’s all push at the same time, not partial push-and-pull for conflicted messaging in time.

In short, there is something to slow bass. 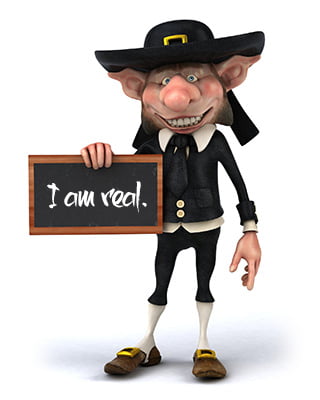 How about hard tweeters sounding hard, soft ones soft? In said belief, there’s again a germ of grok. Hard diaphragms like aluminium, titanium or ceramic suffer steep breakup modes starting at 23kHz just outside the audible bandwidth. Though presumably not audible, these breakup modes where membranes deform cause ‘intermodulation’ effects which do register. It’s just not due to being hard diaphragms. They’re really not hard enough. Progress to a beryllium or diamond tweeter with escalating hardness. Now break up modes shift up. Diamond can cover up to 70kHz before its first mode appears. The displeasing behaviour of the basic aluminium tweeter happens farther out of band and as a result, the sound becomes ever smoother.

That’s no different from early digital’s so-called brick-wall filter. Even though that too was presumably beyond human hearing to not matter, when oversampling began to upshift to ever higher frequencies with later digital, the sound became smoother. It just wasn’t because we could suddenly hear to 768kHz. 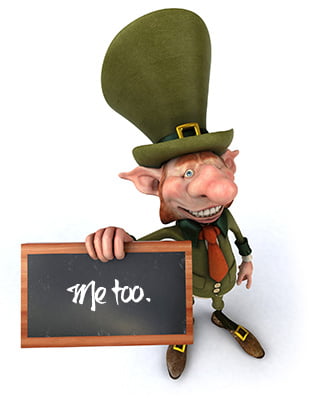 Tied into this is a general belief that because human hearing is 20:20 (Hertz to kilohertz), the bandwidth of a hifi component needn’t exceed it. If that were true, a valve amp whose output transformer is -3dB/50Hz should sound as sparkling and open in the treble as a modern direct- coupled transistor amp that’s -3dB down at 2.5MHz. In that discipline, the valve amp doesn’t stand a chance. But bandwidth isn’t just about how far we can hear and where phase shift begins. It’s also about slew rates, impulse response and the ability to reproduce a clean square wave. The perfect square wave—itself an infinite progression of odd-order harmonics—would need infinite bandwidth. That exists only in theory. As a circuit’s speed and bandwidth reduce, its square wave performance begins to round off the leading and trailing edges. Perfectly vertical rises and falls begin to lean. They exhibit minuscule time delay. Overshoot and ringing become other signs of related distortion.

Like in digital where conversion artifacts get pushed farther and farther out into the bat sphere to render their ‘intermodulation’ effects less and less audible, so analog circuit can benefit from bandwidth that well eclipses human hearing. It’s just not because we can hear to 200kHz or 2MHz. Factoring into the bandwidth equation is circuit stability to avoid oscillation. Just so, brands like Goldmund, Kinki Studio, LinnenberG and Spectral continue to pursue extreme bandwidth and it seems fair to say that what their sound has in common is exceptional clarity and… well, speed.

How about the chestnut that realistic sound pressure levels require 1’000 Watts? First, we must ask what’s realistic. When I measured orchestral peaks front-row balcony during a Carmen performance in Finland, the symphonic forces never eclipsed 93dB. Ditto for an amplified Andreas Vollenweider gig at the Montreux Jazz Festival where I stood right behind the sound engineer’s console to see his SPL meter. Just because amplified Rock concerts may go a lot louder doesn’t mean your ears and the sanity of your neighbors will cooperate for long. If we call 95dB peaks loud, a 95dB-sensitive speaker like Aurai’s Lieutenant will need 1 Watt at 1 meter. It wouldn’t know what to do with 1’000 Watts. But there’s more again. What does the designer of the kilowatt amp have to do to hit his wowie rating? How many gain stages, how many massively paralleled output transistors, how much negative feedback… in short, how much stuff?

Meanwhile, an extreme/purist 25-watt amp like a Bakoon AMP-13R or Enleum AMP-23R will get by with just one transistor per phase so a pair per channel. 500kHz bandwidth denotes speed, direct coupling eliminates all signal-path capacitors, absentee noise means that the power stage can double as an elite headphone driver. Converting that circuit to produce 1’000 Watts seems impossible. At least its own engineers still don’t know how to. They’ve attempted 100 Watts before in their AMP-51R and the 25-Watter beat it sonically. I heard this for myself.

The question about power and how much is required connects intimately to our choice of speaker, room size, sitting distance and what we mean by ‘loud’. For today’s purposes, let’s simply say that the smart money will pursue a more sensitive loudspeaker because it automatically means that the amp can be of lesser power which usually means that its circuit can be simpler which usually means better performance. That it (all other things being equal) also means less money is another bonus. So how much power do I need? 25 Watts into 8Ω does it for us. But then we’re sissies. We consider 95dB peaks loud and our speakers are 93dB and 95dB emo types.

Though this only covered 31⁄2 myths or thereabouts, I’ve run out of space. Perhaps me being loquacious is just another bad myth, too? In any case, it’s burrito time for a wrap. My misses – er, missus – has lunch ready… 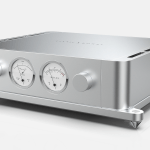 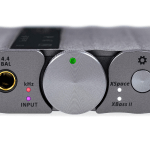