iFi Audio has taken the feature set of their three-year-old xDSD DAC/headphone amplifier – USB, S/PDIF and Bluetooth – and married it to their two-year-old xCAN headphone amplifier’s feature set – pure analogue amplification – to produce the 215g xDSD Gryphon: a slightly larger battery-powered* DAC/headphone amplifier in a gunmetal ‘wavy’ enclosure that aims to surpass each of its predecessors on sound quality and feature set. Ergo, according to the press release, the xDSD Gryphon is “one'” transportable DAC to “rule them all”. Is this Lord Of The Rings quote-turned-cliché not long overdue in joining Highlander’s “There can be only one” in the retirement home?

The xDSD Gryphon goes not only where our headphones go but it will slip into a two-channel loudspeaker system to take care of DAC duties. Under the hood, we get a Burr-Brown chipset. The USB and S/PDIF receiver chip also impact sound quality: here a 16-core XMOS chip that adds MQA support to asynchronous USB and S/PDIF inputs. Elsewhere, sample rates up to 768kHz PCM and DSD512 are supported. Also influencing sound quality is a DAC’s circuit’s jitter-elimination smarts (which iFi dub ‘Global Master Timing’) – and its clocking (hello Femto).

On connectivity, we get 3.5mm single-ended and 4.4mm balanced Pentaconn hookups, the latter (according to the press release) benefitting from “iFi’s S-Balanced circuitry, cutting crosstalk and related distortion in half when used with regular, single-ended headphone connections.” That other 3.5mm socket is the xDSD Gryphone’s S/PDIF digital input that talks to mini-TOSLINK or (the less common) 3.5mm coaxial.

Connectivity goes further still with two line-level inputs that double as outputs. From the press release: “3.5mm and 4.4mm Pentaconn analogue sockets are also supplied at the back, for single-ended and balanced connections respectively. These double as both inputs and outputs – inputs when the xDSD Gryphon is being used as an analogue headphone amp; outputs to enable its use as a DAC/preamp in a home audio system, with fixed and variable options to connect to an amp and speakers.” 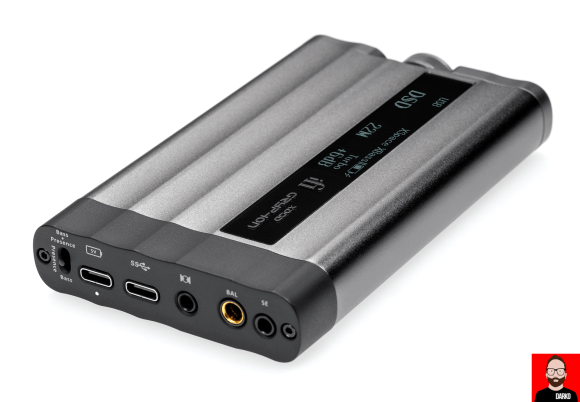 For those who like to add a subtle amount of extra low-end push to their headphones or a little headstage width, the xDSD Gryphon follows in the footsteps of the GO Blu by adding switchable XBass II and XSpace, both of which are executed in the analogue domain.

Unlike the GO Blu, however, the xDSD Gryphon options iFi’s IEMatch circuitry to effectively lower the noise floor when listening via sensitive IEMs. That’s especially useful when we’re dealing with a headphone amplifier stage promising 1 Watt into 32 Ohms from its balanced output.

Perhaps most visually striking of all the xDSD Gryphon’s features is the OLED display that runs the length of the unit to show active input, volume, battery level, audio format and sample rate. Time for another slice of iFi tech talk: “The dimmable OLED display’s SilentLine design ensures there is no electrical noise to interfere with the audio signal. Even the way the xDSD Gryphon switches between settings has been engineered to ensure sonic transparency – FET-based switching is handled by a microcontroller, which only ‘wakes up’ when the user changes a setting, thus eradicating any sonically deleterious interference.”

*Battery runtime is rated at 8 hours 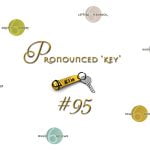 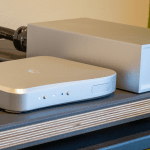