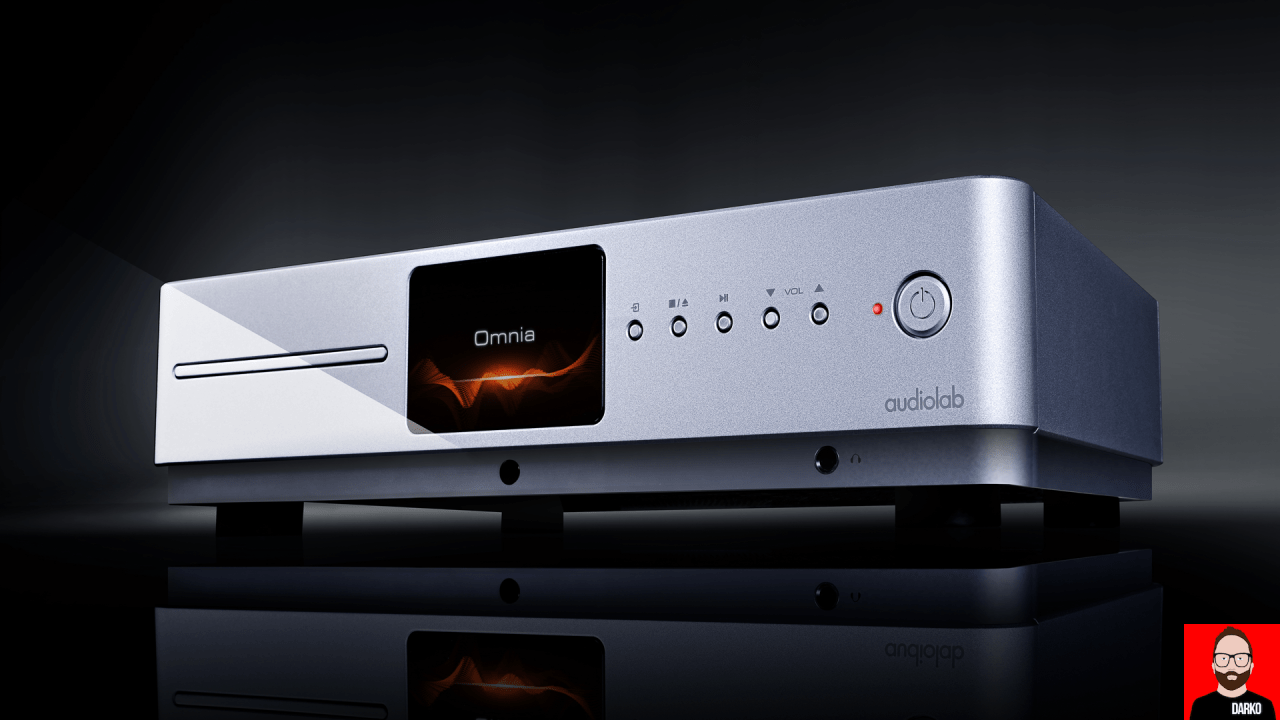 Omnia. In Latin, it means ‘ready for anything’ — an appropriate name for Audiolab’s first proper entry into the Future-Fi space where one box does everything, just add loudspeakers. The Omnia lays down 50wpc into 8 Ohms (or 75wpc into 4 Ohms) of Class A/B amplification – that draws on Complimentary Feedback (CFB) topology to maximise linearity and thermal stability – inside a compact chassis that’s fronted by a colour 4.3″ 800x480px TFT display.

Regular readers will know that, at the time of writing, streams kicked off by Play-FI’s iOS/Android app will travel through the smartphone (or tablet) before arriving at the streaming endpoint i.e. the Omnia. Moreover, DTS Play-Fi splices 4-5 second gaps of silence between tracks to seriously disturb the hypnotic flow of DJ mixes, classical suites and live albums. Workarounds are few. There’s no Apple AirPlay, Chromecast Built-in or Roon Readiness. But there is Spotify Connect with which gapless playback remains fully intact. The Omnia’s Bluetooth input could also prove a useful stand-in albeit with the slight hit to sound quality introduced by Qualcomm’s lossy aptX codec and/or AAC. 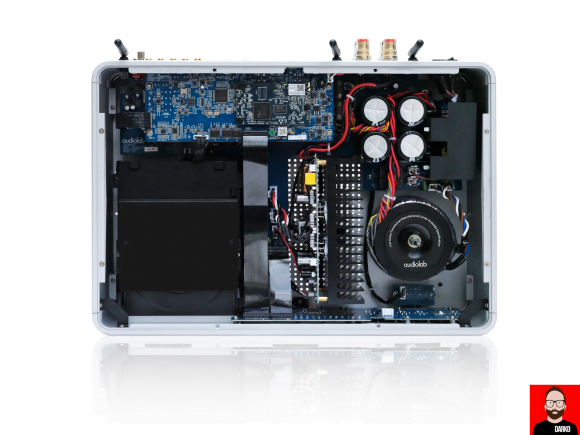 Thankfully, the Audiolab can also play catch on a third party streamer’s digital and/or analogue output via its (2) coaxial inputs, (2) TOSLINK inputs or its trio of analogue inputs. The Omnia also boasts a “high quality, low noise” MM phono stage, reportedly an evolutionary implementation of that found in the British/Chinese company’s 6000 series of amplifiers.

The twist in this tale is the presence of a CD drive that according to Audiolab “builds on the class-leading 6000CDT CD transport with a read-ahead digital buffer to reduce disc-reading failures. Omnia is able to play scratched and damaged CDs that are unreadable by conventional mechanisms.”

A current-feedback and high slew rate circuit provides headphone amplification to the front panel’s 6.4mm socket to drive a broader range of headphones than integrated amplifiers of yore. And like the recently reviewed 6000A Play, the Omnia can be run as a pre-amplifier or power amplifier. 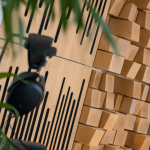 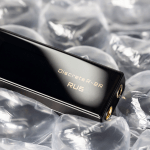