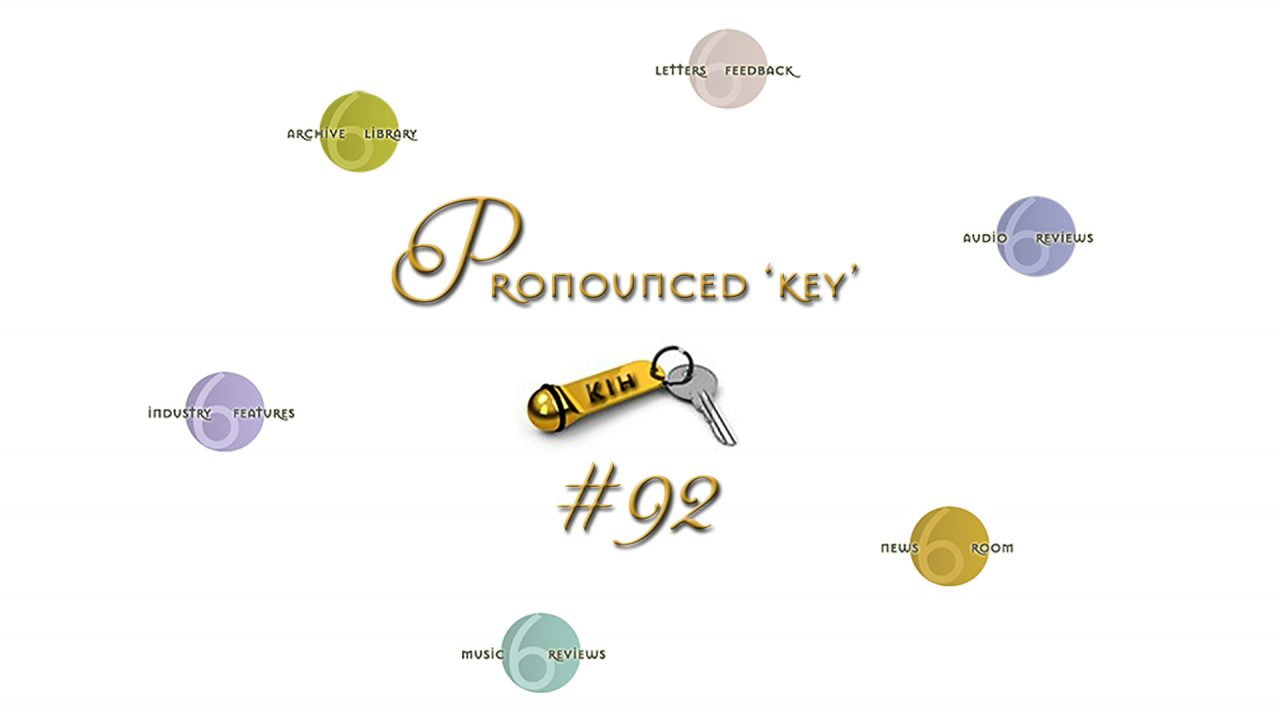 In the wake of a recent review, a reader asked whether I’d keep its speakers or go back to my old ones. Then another asked whether in such decisions I at all consider unobtainium vs mainstream relative to my readers’ ability to relate. These questions became today’s jumping-off place.

It will be obvious. Reviewers aren’t officialized by exit exams from any degreed multi-year university course, not even by get-rich-quick evening seminars from that online college in American Samoa. ‘That’, if you didn’t make the connection, was a nod at Bob Odenkirk’s title character of Better call Saul. Prior to his Breaking Bad career, he’d joined his older brother’s law firm and to advance beyond mailroom clerk, gained his law degree by mail-order course from a third-rate institution. No, writers who review for a part-time or full-time living simply converted their hobby into a job. They’re self-taught and self-made even if it sometimes happens under the guidance of peers and formal editors. But it’s really the hobbyist heart that injects passion into their writing and which, should it ever vane, devolves their work into paint-by-numbers test scores.

Putting food on the table is very important but rarely the prime motivator in this gig. Worldwide only a few can do it for more than a small side income. To print out the fat green, there are far better opportunities elsewhere. So if reviewing isn’t for fun to begin with and stays so, there’s no good reason to keep doing it. In fact, its constantly revolving hardware doors mean that our system is always in flux. It rarely ever is in the ‘perfect’ state of our personal preferences.

So hello, reviewers rarely get to hear their rigs as their own. There’ll always be something in there which doesn’t belong (to them). That alters the sound. What if they prefer their own gear? Wherever the enjoyment of a personal system is paramount, reviewing is at direct cross purposes. The motivator has to be ongoing curiosity about alternate sonics like a 1001 ice-cream flavour fiend. There’s got to be a desire to share, entertain or educate. It even could be plain love of writing as a craft. But something has to replace static hardware preferences. Otherwise, we soon resent the endless comings and goings, the empty boxes, large crates and associated dirty pallets, the missed pickups and delayed deliveries. 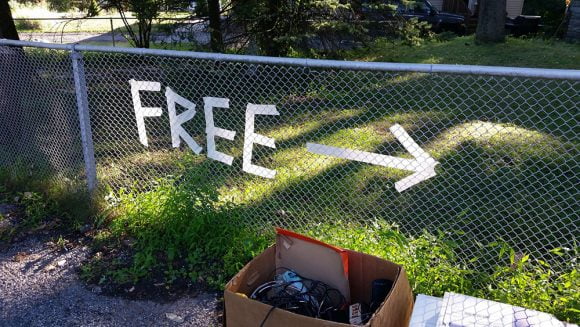 Unless reviewers escalate price points year after year, it’s common sense to predict that sooner than later, sameness or at least great similarities will become their new normal. It won’t be any constant stream of revelatory second comings. Even where they scale allowable price points to tycoon level, how long does it take to wise up that beyond overkill build and padded margins, actual sonic advances get more and more marginal? Then there’s sheer practicality. How big and heavy can speakers and amplifiers and turntables get before writers can no longer handle them?

Where reviewing is just an excuse to own a pit stop on the gravy train of endless loaners, considerations beyond the last needn’t factor. It’s when professional concerns intrude that one thinks on how best to serve the audience. Now self and common interest must balance. That focus could be limits on price, obscurity and more which the writer or publication sets. Owning things so exotic or custom that no reader has heard them makes review findings hard to relate. Given the choice of two mostly equivalent pieces of kit, the writer sensitive to this aspect will elect to buy the one that’s less obscure. It better serves reader triangulation and follow-up opportunities.

Trust is earned not handed out on free credit. Earning trust relies on a readers’ ability to confirm a writer’s opinion. Confirmation relies on being able to listen to the same stuff reviewers own and review. Ownership and coverage of gear that’s not too elite or marginal serves that.

Is having the perfect room important? We all know that the room is the most important sonic influencer. But if the average shopper is stuck with the room they rent (or perhaps eventually own), does it serve them if the reviewer reports from an unrealistically ideal space? Wherever an idealized room with perfect dimensions and copious acoustic treatment generates results, we could only hope to replicate said results with the same kind of perfected room. How many readers have one? 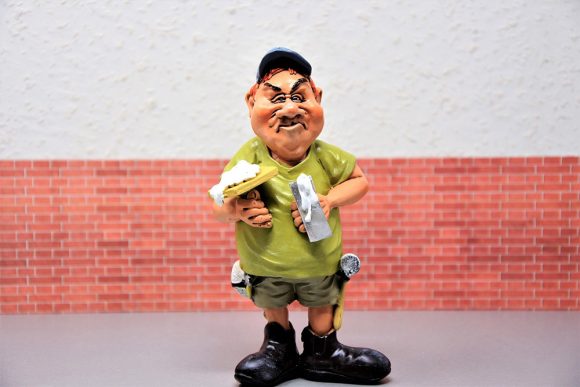 I’d argue that the most useful reviews are conducted in rooms of normal size absent of treatments the vast majority couldn’t install. This instantly normalizes review findings so we won’t describe sonic effects whose audibility becomes moot unless one had a ‘perfect’ room. A pure hobbyist reviewer meanwhile might construct the perfect sound room from scratch to be the envy of his peers. But isn’t that a bit (or a lot?) of an ivory tower perspective? What is important is to only review speakers which are appropriate for a room. Writing up behemoth speakers in a glorified hall closet serves no one. It’s why room photos should accompany reviews. I’d not trust hi-fi writers who won’t let me see their place of work.

Does décor matter? The pure hobbyist can work in a stark man cave and owe no justification. Most professional reviewers also have an interest to enlarge their audience and with it, grow the hobby. Doesn’t that want the doing and depicting of it to be attractive so current outsiders grow desirous to enter the hobby? If a listening room’s aesthetics don’t invite you in as a comfortable well-served environment; if you can’t see yourself living with a nice hifi because of it… then that part of a reviewer’s job description isn’t served. It’s becoming more popular to say that looks matter. That just goes beyond the gear itself and includes the rooms in which it is hosted.

To remain real, a writer can’t lose touch with what the ‘best of the rest’ on the shallower side of the pond can do. Someone only into clawing their way up the food chain to soon deal exclusively in 5- figure gear is bound to make assumptions. Those can only be correct(ed) if one also knows what’s possible for a lot less. To remain real, a writer should have sufficiently diverse hardware to put together balanced systems where a €20’000 preamp doesn’t run into a €1’500 amp. That wants multiple samples in each component category. All of it costs money and takes up space yet only one of each will make sound at any given time. These tools of the job go beyond a hammer, hack saw and a few screwdrivers. It becomes quite the arsenal and even at industry accommodation a serious financial investment. 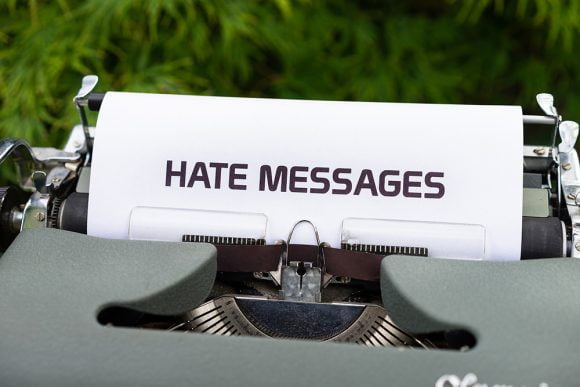 Were you dreaming of becoming a reviewer? Now you have some ideas on what awaits. This didn’t yet touch upon growing proper skin to absorb scathing forum feedback from total strangers. It didn’t mention reader inquiries on a Sunday morning about what to buy; and how stuff you’ve never heard (of) compares to stuff you reviewed five years ago. It didn’t cover blowing up loaners or your own stuff because loaners misfired. It skipped unintentional cosmetic damage you’re now liable for. It brushed over reader outrage that you can’t work for free or do without banner ads. It kept quiet on working to deadlines or taking decent photos to avoid using stock images. It sidestepped sufficient technical understanding to even ask the right questions. It stayed mum on developing your own voice so you’re not interchangeable.

As in any other gig, there’s sun and there’s shadow. If sun outweighs shadow, perhaps hifi reviewing could be in your future. If so, remember just two things. One, to get good at anything demands repetition, repetition, repetition. To have ongoing fun relies on getting better at whatever that thing is you’re incessantly repeating. That’s because if getting rich isn’t in the picture, getting better will be most of the reward. And that means work, work, work. They say that mastering anything takes at least ten years of diligent apprenticeship.

Two, the best way to kill a fun hobby is to turn it into a serious job.

Hey, you didn’t think that getting free loaners came for free now, did you? 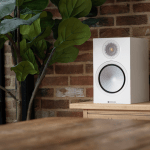 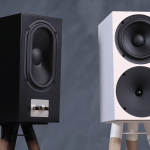