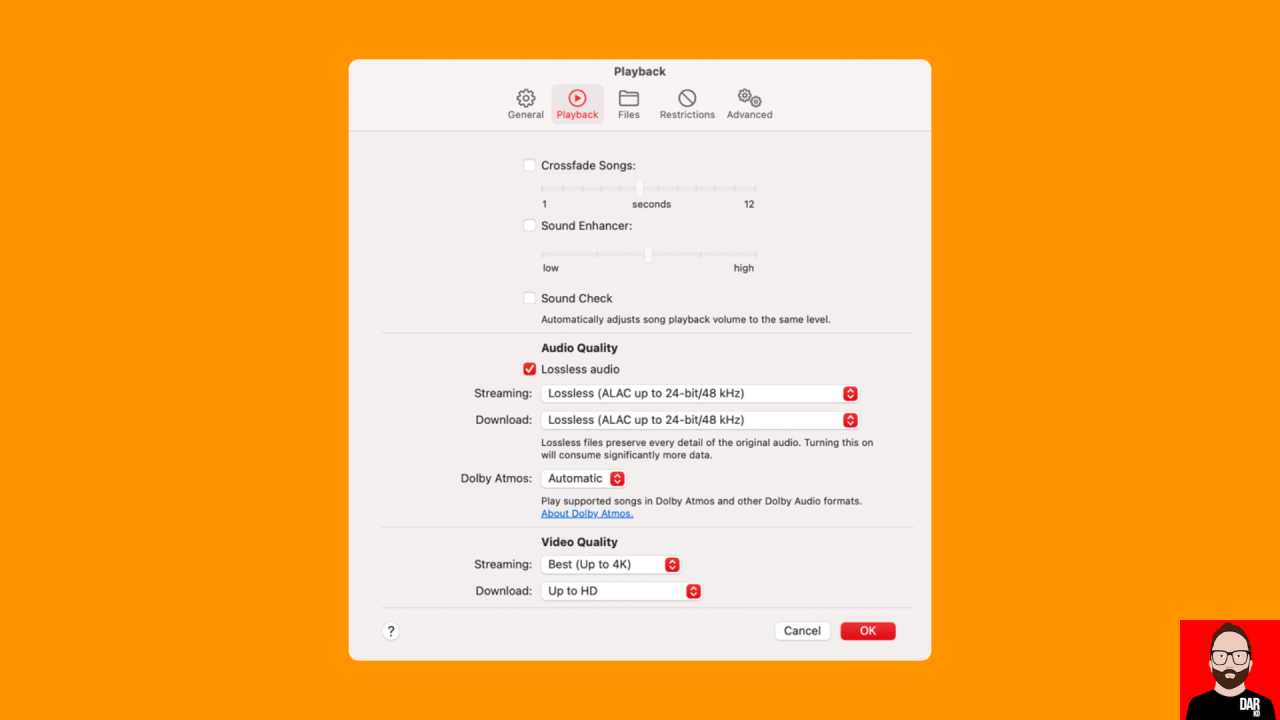 We begin with a celebration. The latest (11.4) macOS update rolling out to users this week adds a lossless audio option to the Music app’s preferences pane. Tick it and Apple Music streams will come down the pipe in uncompressed 16bit/44.1kHz, CD-quality audio. A few titles might even show up in 24bit/48kHz. Pop the streamers 🎉 and pour the champagne 🥂 because this single check box signifies the beginning of the end of the lossy digital audio era, kickstarted by Napster file-sharing in 1999 and then legalised and legitimised by Apple’s iTunes store in the record label panic that ensued: 99 cents for a song, delivered in 256kbps AAC to preserve bandwidth and storage.

Before the year is out, every song in Apple Music’s 70 million-strong arsenal should be available to stream in CD quality. It’s taken Apple twenty years to give its users the option to kick lossy compression into touch – to give us back the CD-quality audio that we had in the 80s and 90s with real CDs – and what a relief it is to write those words. Defying industry expectations, Apple has done this without any shift in pricing. Apple Music is still US$9.99/€9.99 per month. Good for the consumer, but less so for artist remuneration.

Back at the Music app’s preference’s pane, we are presented with a further two lossless audio options: ‘ALAC up to 24bit/48kHz’ or ‘ALAC up to 24bit/192khz’. I’ll be selecting the first, not the second. Why? Don’t I want Apple Music streaming in the highest possible quality? Actually, no. And it has nothing to do with hi-res audio’s puddle deep supply, typically less than 10% of any streaming service’s library. It has nothing to do with hi-res audio’s only marginal sonic improvement over CD quality; a margin dwarfed by recording/mastering quality differences and to a lesser extent by the jump from lossy to lossless. My reasoning to decline anything above 24bit/48kHz from Apple Music has everything to do with how our everyday playback hardware and software aren’t yet designed to properly handle it. 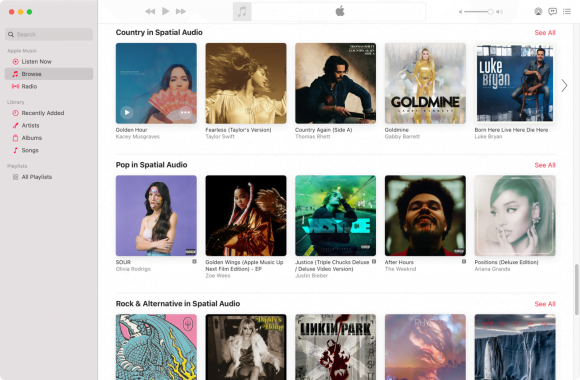 ‘Studio Masters’ are two words that talk a big game: they promise digital audio streams on par with what the artist heard in the studio. That’s nebulous to the point of glibness. The technical promise of studio masters to the layman is extra data. To more experienced folk, it’s about digital filters sitting further north of 20kHz, the upper limit of the audible band (but that’s well beyond the scope of this article).

According to the Music app’s setting pane, Apple defines hi-res studio masters as files encoded at higher than 24bit/48kHz. The vast majority of these will be 24bit/192kHz or 24bit/96kHz. And, according to Apple, those studio masters are what the artist intends us to hear. OK — but I wonder if those same artists are aware of how their hi-res studio masters are being mangled as they make their journey from Apple Music servers to our ears. More pressingly, I wonder if Apple Music’s end users are aware of what is being done to their chosen service’s hi-res streams? Let’s flag a few gotchas!

First up: sample rate switching. Apps like Roon and Audirvana (and Qobuz and Tidal) do it right. Play a 16bit/44.1kHz file and Roon/Audirvana will tell macOS’s Core Audio layer to output digital audio at 44.1kHz. Play a 24bit/96kHz file and Roon/Audirvana will tell Core Audio to switch things up to 96kHz. This happens automatically and invisibly to the end-user.

Apple’s Music app does not switch sample rates automatically. We must do it manually via the Audio MIDI Setup app. And if we want to maintain the data integrity of the studio master, we have to change it every time the song’s sample rate changes. Every. Time. Any mismatch between the stream’s sample rate and the sample rate specified in Audio MIDI Setup will see macOS’ Core Audio layer upsample or downsample accordingly. The latter will wipe out any extra data loaded into a hi-res studio master’s stream.

I intend to leave my Audio MIDI app set permanently at 16bit/44.1kHz for Apple Music. Since I have ‘ALAC up to 24bit/48kHz’ checked inside the Music app, only 48kHz content will be downsampled. That’s a non-issue when we consider how 16bit/44.1kHz (CD-quality) streams outnumber their 24bit/48kHz counterparts 100:1.

Want to stream 24bit/96kHz or 24bit/192kHz on an iPhone? Without a headphone socket, we might look to Bluetooth. But Bluetooth has insufficient bandwidth for CD-quality audio, let alone hi-res. Back to wires. Apple’s own Lightning-to-3.5mm (DAC) adapter is effectively MFi-certified and like all MFI-certified devices, its data throughput is capped at 24bit/48kHz. Anything above is downsampled. The studio master’s extra data? Gone.

Apple’s Lightning-to-USB adapter (aka CCK) introduces us to more capable D/A conversion and higher sample rate capabilities – thankfully with automatic sample rate switching in tow – but it also introduces us to the world of dongles and their adaptors. Now ask yourself: how many iPhone-compliant USB DACs will decode 24bit/192kHz without first downsampling it?

Android users have it rougher. Never mind that lossless/hi-res streaming support is still to be added to the Apple Music app, all digital audio streams intended for a USB-connected DAC are first resampled by the operating system to 48kHz (with very few exceptions). That’s not a huge issue for anyone (like yours truly) hanging their hat on CD-quality audio. No data is being thrown away – only extra data points are being added (albeit calculated by a non-integer multiplier). The same cannot be said for sample rates above 48kHz where downsampling is unavoidable. The studio master’s extra data? Gone again.

Here we take a breather to remind ourselves that most USB DACs are built with sound quality in mind and are intended by their manufacturers to improve upon a smartphone or laptop’s own audio circuitry. They are designed not just to accommodate higher sample rates but to improve the sound quality of all audio passing through them.

What about the Apple TV? I don’t have an HDMI DAC with a sample rate display to confirm but this Apple support thread suggests that all audio is resampled to 48kHz before making its way out of the HDMI port. The studio master’s extra data? Gone. Yet again.

And it’s the same story with Apple AirPlay: a 48kHz ceiling applies but Apple doesn’t tell us if 44.1kHz streams are first upsampled to meet that ceiling. Either way, 24bit/96kHz and 24bit/192kHz streams will be downsampled when sent over AirPlay. Once more we wave bye-bye to the studio master’s extra data.

Of Apple Music, we must ask: why embrace hi-res audio when hi-res (studio masters) are so poorly handled by our hardware and there is so very little of it?

Sharpening the pointy end of our question is Apple’s own ‘About lossless audio in Apple Music’ page that bafflingly reads: “We developed our own implementation of AAC (Advanced Audio Codec) that delivers audio that’s virtually indistinguishable from the original studio recording.”

One final thought: MusicKit could maybe – just maybe – allow the likes of Roon, Audirvana and Plex to integrate Apple Music. 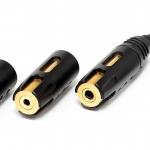 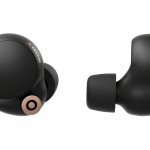