UPDATE: This rumour is now confirmed.

Earlier this month, we reported on rumours that Apple Music might soon announce a CD-quality/lossless ‘hi-fi’ tier. Elevating these rumours to reportable status was pseudo-confirmation by Apple’s own (beta) iOS code that featured numerous mentions of ‘hifi’ and ‘lossless’.

Yesterday, Apple Music’s rumoured ‘hi-fi’ tier took on another dimension with 9to5Google reporting that the 3.6 Beta of Apple Music for Android features warning text that will (presumably) be served to users when engaging a more data-intensive audio stream:

Lossless audio files preserve every detail of the original file. Turning this on will consume significantly more data.

Lossless audio files will use significantly more space on your device. 10 GB of space could store approximately: – 3000 songs at high quality – 1000 songs with lossless – 200 songs with hi-res lossless

We know that Apple has been collecting hi-res content from rights holders for many years as part of its Mastered for iTunes programme, which was recently renamed Apple Digital Masters. Just how much of Apple Music’s library is archived at higher than a CD’s 16bits and 44.1kHz sample rate remains to be seen. Over on Qobuz and Tidal, hi-res content comprises something between 5 and 10% of the total. However, it’s not too much of a leap to infer from the above that Apple Music’s forthcoming ‘hi-fi’ tier will not only lean on CD-quality streaming (as we first thought) but also hi-res. 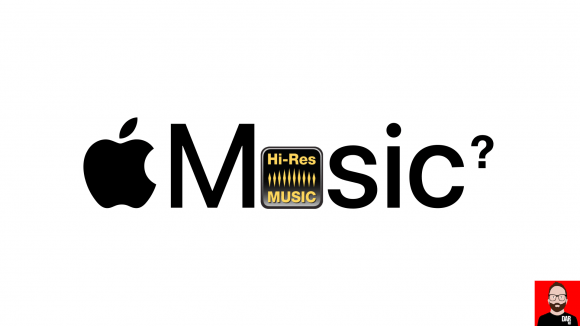