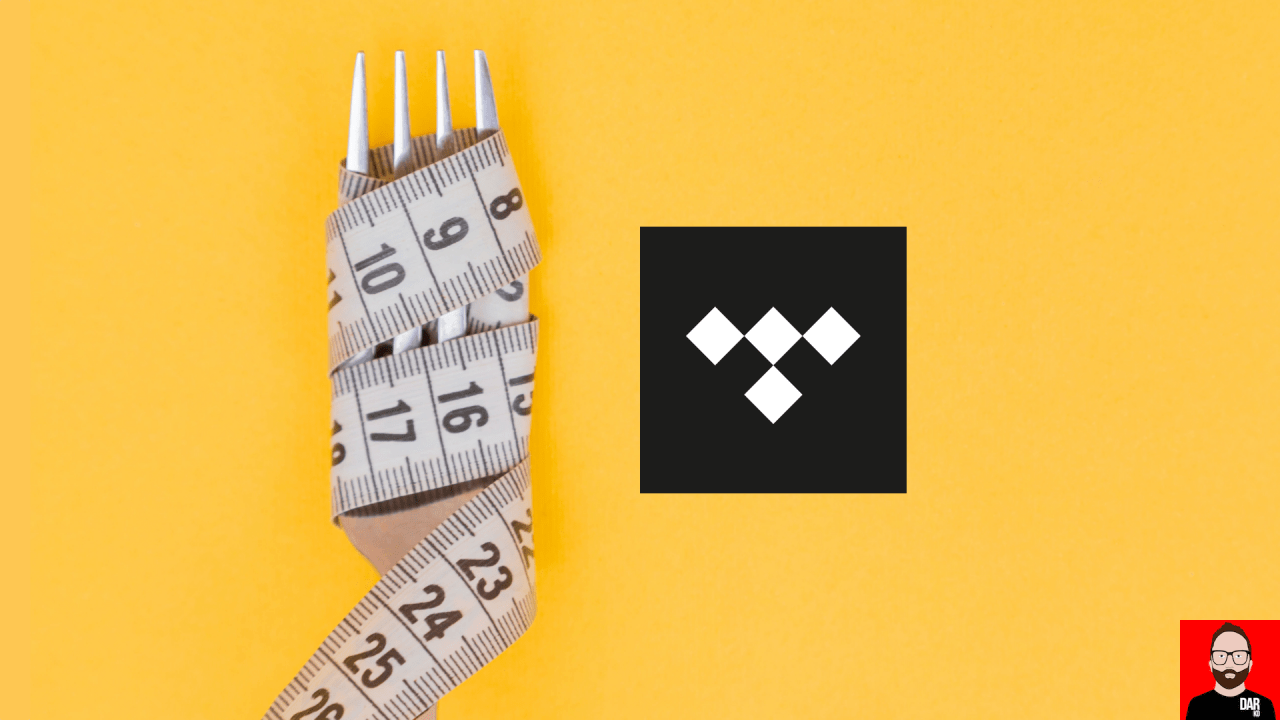 The soft launch of a new pricing structure for Tidal is upon us, starting in Australia. From Tidal’s own support pages we find details of a new set of ‘Subscription Types’:

The most obvious change for hi-res audio enthusiasts is that Tidal Masters (MQA) content has been moved to a new ‘Hifi Plus’ tier to be joined by two (similarly niche) immersive audio formats for a AU$6/month premium over a newly created (probably but not definitely*) lossless/CD-quality-only ‘Hifi’ tier. Elsewhere in the world (at the time of writing), Tidal Masters – hi-res audio powered by MQA – remains an added bonus within the original ‘lossless HiFi’ tier that preceded the new one announced in Oz.

We don’t yet know when this new tier structure will be made available in other territories but given Spotify’s recent announcement that it will soon be joining the CD-quality streaming game with its own ‘Hifi’ tier, it’s highly probable that Tidal’s newly-revised ‘Hifi’ tier – one now shorn of MQA Masters – will be rolled out globally. 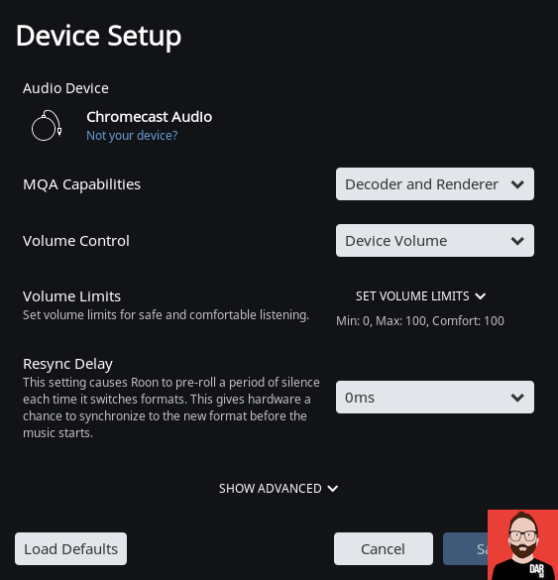 That’s the news. What’s the story?

The gotcha for anyone viewing Tidal as a ‘hi-res streaming service’ is that under 10% of its library (much like Qobuz’s) is available in hi-res audio. Should we let the tail wag the dog? Idealists might answer in the affirmative. I say nein. It’s like calling McDonald’s an ice cream parlour. And yet despite the fast-food chain’s most popular meal items being savoury, McDonald’s can do nothing about customers wanting to obsess over its soft serve.

Down under, Tidal’s rearranged subscription tiers will be spec-d accordingly: users of the 320kbps Premium and ‘lossless Hifi’ tiers can expect to find all of Tidal’s 70-million strong library available in their chosen format; HiFi Plus subscribers will find that over 90% of their library will stream at a maximum of 1411kbps with less than 10% arriving at their streaming front-end in higher bitrates.

Also worth noting is Tidal’s specification of audio stream quality as a bitrate. Asking the average consumer to pick apart the differences between 320kbps, 16bit/44.1kHz or 24bit/96kHz has always been an unnecessary point of friction; not to mention a steep learning curve that pulls us further away from the joy of listening to music. Tidal’s move to level the terminology playing field is to be applauded: 320kbps, 1411kbps and (up to) 9216kbps for lossy, lossless and lossless + hi-res respectively. 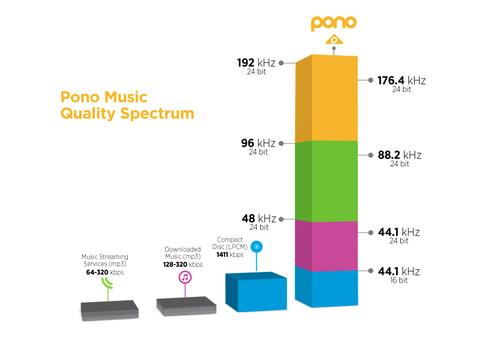 Those of us who remember the marketing material that launched Neil Young’s ill-fated Pono project will recall how he used a mixture of bitrates and sample rates to unreasonably amplify the potential audible differences between CD-quality audio and hi-res. Anyone who listens will know that the first 320kbps are the most crucial kbps. With sufficiently transparent playback hardware, a CD-quality stream’s 1411kbps sound better than 320kbps — but not five times better. And hi-res audio does not multiply our enjoyment of music by a factor of 30. Its audible improvements are at best marginal: less impactful than a DAC swap or streamer switcheroo — hardware pieces that impact all music routed through them, not just the fortunate few (percent).

We should acknowledge that MQA inventor Bob Stuart’s approach to lossless digital playback aims to go beyond the FLAC file. According to Stuart, the proprietory MQA encapsulation process alters the contents of the file to correct for what goes on either side of it: the ‘temporal blur’ caused by the mastering studio’s digital encoder and the end-user’s D/A converter. MQA then shows the end-user confirmation of this correction by illuminating a light on an MQA-certified DAC. This stream authentication is the A in MQA. The remaining ‘Master Quality’ points to the encapsulation method’s ability to fold hi-res content under the noise floor of the 24bit/48kHz container file ready to be unfolded again by the consumer’s software and hardware. More than any other facet of MQA, this ‘audio origami’ has pushed MQA (the company) into the audiophile spotlight. 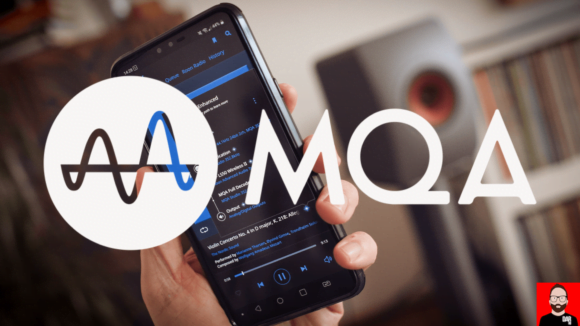 I’ve always found the counter-argument – that bandwidth and storage are now sufficiently abundant to render hi-res audio’s folding/unfolding unnecessary – to be weak. We might have healthy data limits attached to our home internet connections to render data-friendly streaming irrelevant but if we look beyond the audiophile ghetto, we see a strong trend towards cord-cutting where mobile phones serve as the primary ‘home’ internet connection. Now factor in that 1) the majority of mainstreamers see their smartphone as their primary music source and 2) that they (quite reasonably) demand streaming playback not to run into gotchas once out in the street, where wifi connection chasing is a royal pain in the rear. With hi-res streams eating up to 30 times more data than 320kbps streams, our attention turns from bandwidth – 4G and 5G connections are more than capable – to data usage. Some cell phone plans in the USA come bundled with unlimited data plans but how many end users opt for ’em when the savings netted by a more affordable data-capped plan will cover Netflix, Hulu and Spotify subscriptions? In Europe, unlimited data plans, especially for 5G connections, are as rare as rocking horse shit.

Back to MQA. Quoting myself from 2017: “This publication has hitherto covered both sides of the MQA coin: 1) What MQA technology promises but also 2) the need for a much broader catalogue; 3) how MQA sounds compared to standard hi-res but also 4) DAC manufacturer objections; 5) Licensing deals signed with major labels but 6) the potential pitfalls of a closed digital audio ecosystem; 7) MQA’s arrival on Tidal but also 8) calls for a deeper technical analysis of what’s going on under the hood.”

In 2019, I pointed a reader looking to better understand my position on MQA at Ricky Gervais’ Twitter feed: “It used to be considered reasonable to listen & try to understand both sides of an argument. But now, if opposing extremists are screaming at each other & you don’t agree 100% with either, you’re considered the enemy of both. It’s why many people are afraid to contribute at all.” Why did I write that? A year prior, anyone attending RMAF 2018 might have witnessed first-hand an MQA-related screaming match. Chris Connaker’s aborted attempt to present a technical counterpoint to MQA’s assertions under the title “MQA: The Truth Lies Somewhere in the Middle” lives on over on YouTube. I can’t speak to the technical arguments laid out by Connaker in Denver but that scene’s sheer ugliness was a turning point for yours truly.

In the intervening three years – and especially during the production of videos about hardware where MQA-certification is one feature among many – I have seen MQA’s ‘points of friction’ begin to pile up: 1) its theoretical complexity (see videos above and below), 2) its hardware requirements (notably on the iPhone), 3) that hardware’s software requirements (especially on Android devices), 4) the specialist terminology (‘renderer’, ‘decoder’, ‘core decoder’), 5) an MQA DAC’s authentication lights, 6) ‘white glove‘ MQA vs. batch-processed MQA (how does one tell them apart?), 7) its proprietory nature, 8) its marginal audible improvements over lossless/CD-quality audio with all but high-end audio hardware, 9) the even more marginal improvements of an MQA file played via a non-MQA DAC in anything but a high-end audio system and – perhaps most challenging of all – 10) the continued ugliness of the MQA discussion where small-but-vocal pockets of the hifi community transmogrify legitimate and soberly presented technical concerns (as presented by YouTuber GoldenSound) into an hysterical game of identity politics, tone-deaf to the reality that the vast majority of hi-fi community members interested in higher-quality streaming will decide for themselves by listening to MQA-encapsulated Tidal Masters using their own gear. No matter which camp we fall into – pro-MQA, anti-MQA or MQA-agnostic – we can all vote with our wallets.

MQA’s response to GoldenSound’s efforts can be read here. Line 50 points to GoldenSound having misidentified dither noise as distortion: “Distortion: Is non‐existent. MQA does not add distortion. Your picture seems to show inaudible high‐frequency dither noise (that may result from the mixed statistics but will, in any case, be both benign and inaudible); you will note that the ultrasonic noise is not correlated to the sine‐wave.” 🤷🏻‍♂️

But the controversy doesn’t end there. Over on the Roon forums, investigations are underway into Tidal’s new Hifi tier. The suggestion (not yet proven) is that Tidal is swapping out CD-quality/lossless FLAC files for MQA equivalents but stripped of their header information so that they playback at a maximum of 16bit/44.1kHz and can’t be unfolded to higher resolutions. Given their obsession with FLAC file purity (not a bad thing per se), one has to wonder why these same people weren’t raising hell with UMG who, until very recently, was injecting their FLACs with audible digital watermarks; or why the suggestion that one streaming service was normalising FLAC playback at the data level wasn’t further questioned.

I hope Tidal soon clarifies whether or not their new Hifi tier (one that dispenses with hi-res audio) will stream the original CD-quality FLAC or a CD-quality MQA equivalent. One advantage for streaming services adopting MQA is that they need only store one data file per song, instead of separate files for each of the hi-res, CD-quality and lossy tiers. That spells big savings in data storage costs for any company managing a 70-million strong library of songs. But in a year of heavy MQA-skepticism, Tidal’s vague use of ‘lossless’ and ‘1411kbps’ in describing the new ‘Hifi’ tier falls short on the clarity needed by those keen to sidestep MQA.

If we want to avoid MQA files whilst on a so-called ‘lossless Hifi’ tier on which Tidal is removing lossless/CD-quality files to leave only the MQA version – as claimed but not yet verified as standard practice – then we should remember that this is a Tidal decision, not an MQA decision, and switch to a streaming service that doesn’t use MQA. Right now, that means Deezer, Amazon Music HD or Qobuz. By year’s end, it will include Spotify and (probably) Apple Music. Our options are numerous.

Considering all of the above, is it any wonder that newcomers run for cover and seasoned audiophiles find themselves worn down by the ifs, buts, maybes, format-first thinking and drama-drunkards to renew their commitment to good old lossless/CD-quality audio?

Lossless/CD-quality streaming doesn’t have us hunting and pecking inside the Tidal app to find the right version, fussing over the light colour on our DAC, wondering if our playback system needs software to execute the first unfold or if our MQA source file has been ‘white-gloved’. Everything is available in lossless/CD-quality and any DAC + software combination will handle its playback. We simply find the album we want to listen to and hit play. Now that’s joy.

To be clear, I’m not arguing that we should settle for CD-quality 16bit/44.1kHz audio or call off attempts to improve source file quality but given hi-res audio’s small library size (on Tidal and on Qobuz), its minor audible lift over CD quality and (biggest of all) the disproportionately large slice of hi-fi community attention that it eats, the argument for hi-res audio’s broader adoption needs a shot it the arm. It needs 1) greater clarity (especially from Tidal) and 2) to be much more compelling, especially in the wake of the next-big-thing hi-res audio formats of yesteryear like SACD, DSD and Blu-Ray Audio where promises to early adopters of ‘much more content to come’ ultimately proved empty. Three times bitten, six times shy. 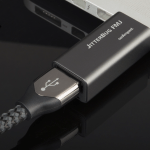 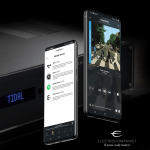