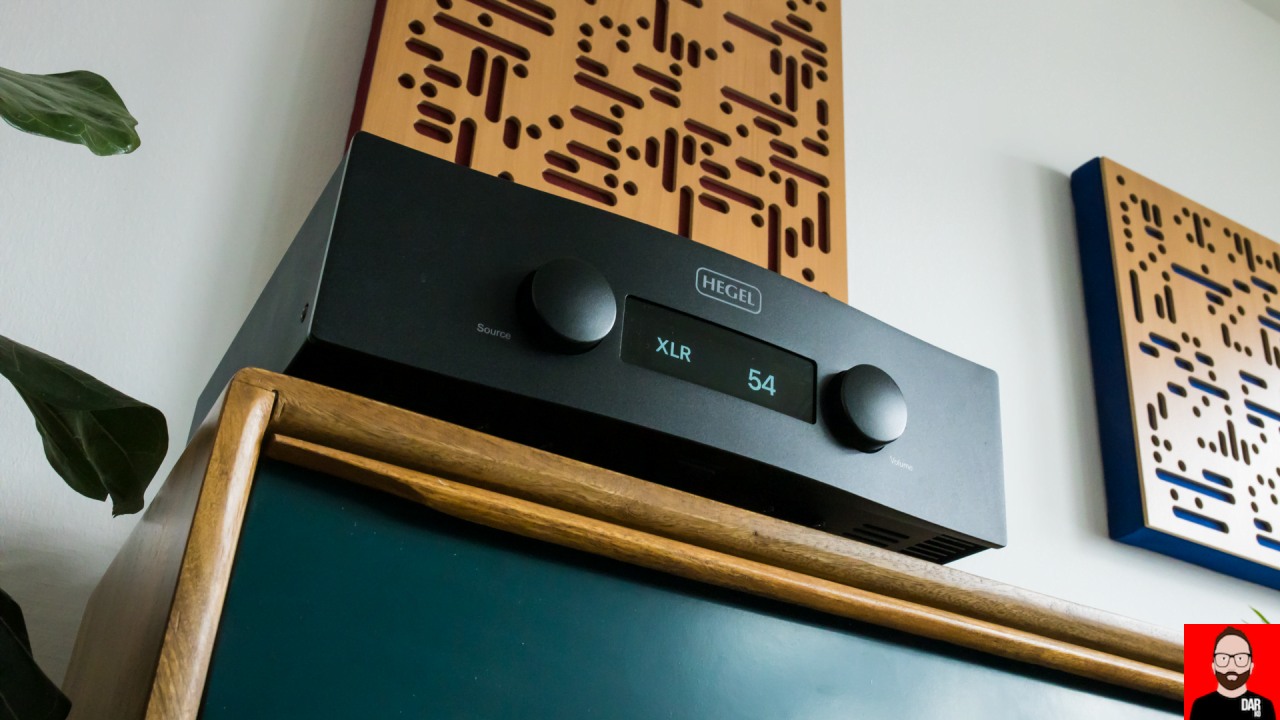 Hi John. I was just watching your vid on Sonos Five vs. KEF LSX. It brought up a thought I have often when watching hi-fi reviews or just considering my own setup. With the prevalence of technology like Sonos, I wonder why two-channel audio still seems to be the sacred audiophile standard for music listening. Do you think setups like 4.1 or 6.2, etc. could eventually become other forms of widely accepted or even preferred hi-fi listening setups?

Personally, I love two Fives (or KEFs) with a Sub upfront, along with two Ones further off to the sides or in the back of the room. In my space, it creates a much fuller-sounding soundscape, especially at lower volumes when some larger stand-mounters seem to get more thin and lifeless.

I’m sure I’m not the only one who listens this way, but from watching tons of hi-fi reviews and content, there seems to really be an orthodoxy around the 2-channel sound stage. You personally always seem very open to a “what you like is what you like” kind of mentality. (Evidenced by even reviewing Sonos products!) I’d be curious about your thoughts on more “non-traditional” setups and whether you think the increasing ease of speaker placement – even when playing from analog media like vinyl – will eventually evolve the 2-channel standard.

Sorry to be so wordy. Appreciate your channel and all you put into it!

Me: If I were to go surround sound, I’d go with Sonos or something similar that connects multiple loudspeakers over a low-latency wireless connection. There’s no way I’m having wires trail across the floor from the front wall to behind the couch!

I can’t really speak for anyone else but I don’t cover these kinds of loudspeaker configurations because 99.9% of the world’s music is explicitly made for stereo. That most people listen to music via headphones only cements my stereo focus. And because all of my time is eaten by covering stereo gear, I have precious little time for anything else.

A Sony PR bod contacted me last week about making a sponsored video about Dolby Atmos (where video sponsor and subject would be the same i.e. Sony + Dolby Atmos). I declined for three reasons. 1) I don’t do sponsored content; 2) the number of music titles available in Dolby Atmos is woefully low and DSD and Blu-Ray audio taught me to be wary of the promise of future expansion; 3) I don’t foresee the mainstream pulling the breaks on their collective trajectory towards Bluetooth monoboxes to put 10 loudspeakers in their lounge rooms.

Perhaps I’m not the first one to share this with you, but I thought it was interesting and probably right up your alley:

Me: Yeah, I watched it. I understand some of it, but not all of it. I am not an electrical engineer. This means the holes in my understanding leave me unable to offer an opinion on the technical argument being presented which goes deeper than my understanding of measured distortion. It sure as hell sounds convincing – and the alleged removal of 16bit/44.1kHz files to leave only MQA versions is troubling – but, equally, I cannot know with 100% certainty if there are holes in GoldenSound’s argument or if he has tripped up somewhere. That’s not to suggest that he has, just that I don’t know. I’ll leave such calls to people more knowledgeable than I.

From a (somewhat related) behavioral point of view, one thing that puzzles me is this: I understand that added distortion can be academically less-than-desirable (although tube amplifier owners might beg to differ); I also understand why content/distortion added to a hi-res file will upset a good number of people wanting purity from their hi-res audio experience, but if the content/distortion allegedly added to a FLAC file by MQA processing is so objectionable, why aren’t more people regularly listening to Tidal Masters complaining about what they hear?  Why is the Internet not flooded with complaints about Tidal Masters not sounding quite right? After all, the video above didn’t suddenly change the sound of MQA overnight, only our understanding of its inner workings. I see plenty of people criticising MQA’s (alleged) business model and (alleged) backdoor DRM but complaints that MQA sounds ‘bad’ – or notably worse than normal hi-res audio (as the measurements suggest) – are few and far between. Does this not point, once again, to a disconnect between what we can measure and what we can hear?

As a hifi industry commentator, it’s my job to cover issues related to hi-res audio, including MQA. We’ve covered the good (here, here and here) and the bad (here, here, here and here). Why? Because readers continue to show strong interest in MQA and have done so since its introduction some five years ago. Many audiophiles refuse to buy a new DAC that doesn’t offer MQA support – just ask PS Audio who reluctantly added it to their DirectStream DAC despite CEO Paul McGowan’s serious misgivings about the format. Regular readers will know that I arrived at a ‘position’ on MQA a couple of years ago. It’s outlined here. Pay attention to the final paragraph.

As a music fan, I find it hard to get overly excited about any format – MQA or unprocessed hi-res – that doesn’t even comprise 10% of the music available on the streaming services that offer it. Over 90% of titles max out at 16bit/44.1kHz. And that’s great! But hi-res audio eats a disproportionately large slice of the broader hifi discussion. Perhaps that’s the case with all bleeding-edge technologies in all middle-aged male-dominated pursuits? But I often wonder if our energies wouldn’t be better spent on promoting the merits of stereo playback and the jump from lossy- to lossless-encoded streams. Y’know: putting pragmatism before idealism. We all have to pick our battles and MQA certainly isn’t mine.

However, the single most important takeaway from the above video (for me at least) has nothing to do with MQA. It sits at the 22:41 mark where our host shows measurable differences between digital interconnects — a topic that causes many detractors to become gammon-faced at its slightest mention. And let us not forget that using the term ‘snake oil’ to allege manufacturer fraud is like getting stabbed in the stomach and then turning up at the emergency room complaining of an ‘ouchie’.

Srajan’s latest KIH piece (#85) was interesting. That first listen to new gear is something of a special moment. And the final question: what’s different about audio? I think he answered himself: time. But not a complete answer, leaving out vision and memory. I think we are often primarily visual, and modern culture reflects this (more or less, aural musicians or kinesthetic dancers are hardly out of scope when discussing audio, so forgive the generalisation). But while we can hold two photographs side-by-side and look, we can’t listen to two passages of music at the same time. Couple this with visual memory: we can remember what the two cars we test drove look like, and reference the experience to the image. Again, not with music. The persistence of visual versus aural memory feels different. And there’s something about being in the dark, not seeing, that is disturbing for many.

As a reviewer, I expect you’ve been comfortable with just listening—and trusting what you hear—for some time. Not everybody is though. Some reach for things they can see, like measurement graphs, to be comfortable. Seeing feels certain. Others go for brand loyalty, the tribalist proxy for lived experience. Some have other dogmas bolted together as scaffolding for the psyche. Others just look for external approval. So social media comments are a bit of a mess.

Anyway, while I agree on the first date, I wouldn’t discount the longer-term relationship. I once replaced an old Krell integrated (storm damage) with much more Future-fi and quite good-looking Micromega. I was happy listening at the dealer, reassured by a comprehensive review with measurements in an Australian hi-fi magazine, and I didn’t think amps made much difference anyway, provided both were competent. Getting home to my familiar listening space I initially heard a lack of soundstage breadth/depth and bass extension so I did some break-in which helped. Not enough though. When I played something new, it sounded pretty good. But when I played something familiar, not so good. Because the old amp worked intermittently I could do some side-by-side. Hard to pin down by quick AB but very noticeable when listening for a while. I measured and at least I know it isn’t just 2nd-harmonic fattening the sound—if anything the Krell did less of that—in combination with the speakers, measured at listening position—and did a better job of pumping bass energy into a dip around 70 Hz caused by a lateral room mode. I have no direct graph for soundstage, while I can pore over every option in FuzzMeasure and see variations in step response, mixed-phase and decay I doubt I measured carefully enough or can interpret wisely in any case.

I listened for a few months to re-calibrate the brain part of my ear-brain model to the new sound, but it never did. So I acquired another Krell via EBay—just a power amp this time—and ran it from the Micromega XLR pre-out. Soundstage and bass qualities returned. Very obviously. Also, enjoyment. So nothing in the streamer/DAC/pre-amp stage was at primary issue, just the power amp stage. Both are class AB and measure well. The new Krell does have a big toroidal transformer along with a reputation for adding half an octave of bass (subjectively speaking, it doesn’t really happen that way on the FR graph). But no need for blind ABX, my ears were convinced I think by what I heard, not by what I wanted to hear or imagine. For my music, setup and room of course. I’d measure again but lost the Micromega to a lightning strike (beware ethernet cables). Unfortunately, Herb Reichert’s foreshadowed review for that amp never appeared in Stereophile, so no validation or otherwise there.

This isn’t meant as a hit on Micromega, or a promo for Krell per se (I liked the former and have no experience with current models of the latter) rather relating experience of amp-speaker-room issues and interactions.

Now when you say ‘this amp sounds different to that one’ I know it can be true from direct experience (no great revelation, but some people doubt this). Difficult for a reviewer to do multiple long-term relationships perhaps, but I’ll disagree somewhat with Srajan, first-date frisson is exciting, but aural memory can be quite persistent. 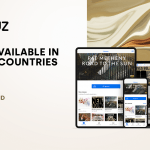 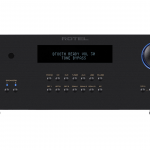