New from Cambridge Audio: Evo, a super-integrated streaming amplifier platform that launches with two models in tow: the Evo 150 with 150wpc of Hypex NCore amplification and the Evo 75 with half that amount. Both are rated into 8 Ohms.

From the press release: “The Hypex NCore® power module was specifically chosen by Cambridge Audio’s engineers as it offers class-leading audio performance and produces clear advantages in clarity, resolution and musicality.” There it is: the M-word.

Built around Cambridge’s StreamMagic platform, both Evo models offer Roon Readiness, Spotify Connect, Tidal Connect (with full MQA Decoder for Tidal Masters), Apple AirPlay 2, Chromecast Built-in and aptX Bluetooth (in and out). According to each model’s specifications sheet, Qobuz, Internet Radio and UPnP streams can be pulled up from Cambridge’s StreamMagic app. 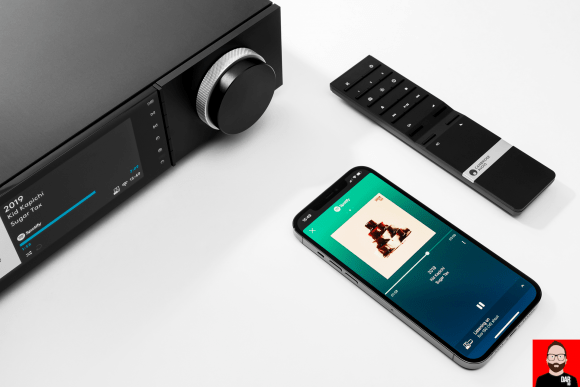 As if that isn’t enough, Evo 75 gives us one set of single-ended analogue inputs whilst the Evo150 steps that up to a trio: one single-ended, one balanced XLR and one MM phono. Both versions offer a 3.5mm headphone output and a subwoofer output.

But what really sets these units apart from the competition is their striking looks. A front panel 6.8″ LCD display and dual-concentric control wheel take care of the user interface but we’ll go back to the press release for details of Evo’s overall design aesthetic:

“Taking inspiration from the wood trims of the iconic P40, Cambridge Audio’s first-ever product from 1968, Evo has beautiful walnut wood side panels that complement the sleek, black anodised aluminium cabinet. Evo also comes with a choice of formed black side panels made from Richlite, an innovative new material made primarily from recycled paper. The side panels can be switched out according to each customer’s style.” 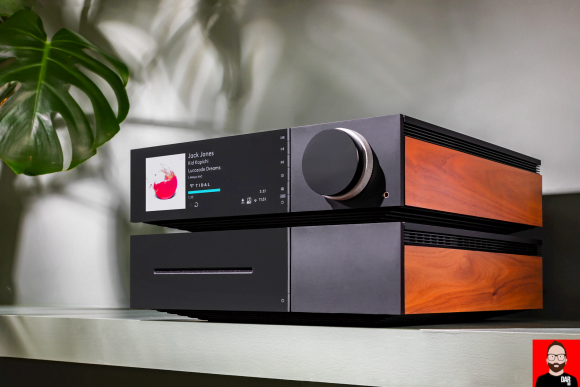 Old school grumps will likely scream “lifestyle”. I’ll remind them that being a separates die-hard is also a lifestyle. For this is where Future-Fi is headed: into the mainstream where hi-fi racks housing multiple black boxes just won’t cut it. That said, the Evo platform’s (side-)cheeky wink at Leak’s recent work is hard to unsee once you’ve seen it and the echo of the Naim Uniti Atom rings in the distance.

Shipping starts this month with the Evo CD transport and Evo S loudspeakers to come later in 2021. 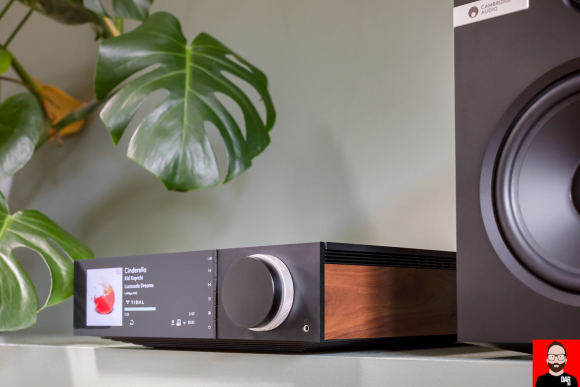