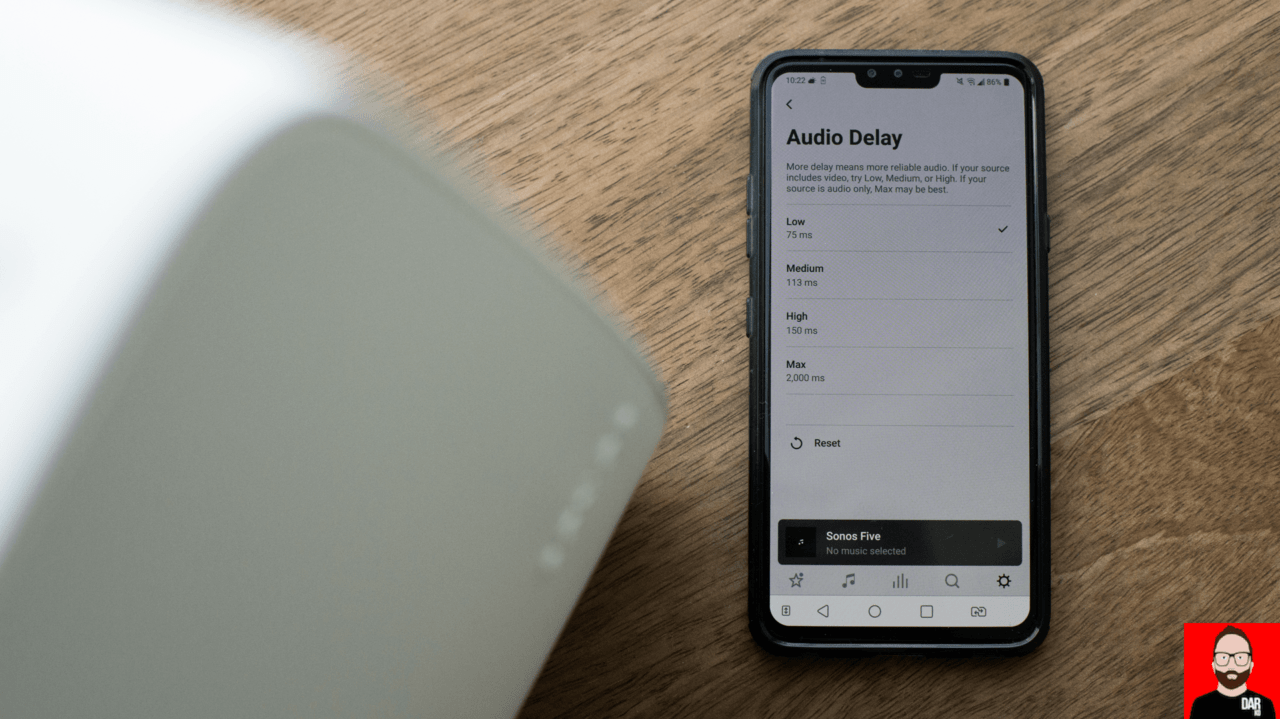 Last week we dug into a pair of Sonos Five, comparing their audible performance to the KEF LSX. What follows are three more thoughts, derived from the three weeks spent with the Fives as my daily driver:

1. We’ll start with a correction. In the video, I complained that the Fives’ analogue input and subsequent DSP latency was too long for proper lip-sync or for anyone wanting to hear the needle-drop in real-time when playing a record. It has been brought to my attention that the Sonos app offers playback zone settings that allow us to step down the DSP delay from 2000ms to 75ms but with a higher risk of dropouts when wifi streaming.

Over the weekend, I revisited the analogue’s inputs audible performance with the lowest latency applied. I found 75ms low enough to erase any noticeable gap between seeing the needle hit the record and hearing the same. However, 75ms remains slightly too high for yours truly not to be distracted by a small lip-sync lag when watching TV. I still wouldn’t use the Sonos for Netflix or YouTube viewing. Previous experience with Bluetooth headphones tells me that the latency needs to fall below 40ms for me not to notice any lip-sync delay.

Despite this Sonos oversight being the first formal correction required since starting pro-shot video in 2018, missing the app’s latency settings is an embarrassing oversight and suggests that I might need to inject more breathing room between finalising my review notes and scheduling the video shoot. 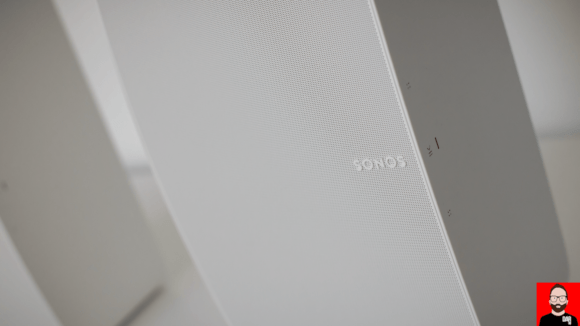 2. Whenever I publish a video about a standmount loudspeaker, emails about subwoofers are never far behind. Why didn’t I use one? The conspiracy theorists take it further: they want to know what I have against subwoofers and/or floorstanders. 🙄 The answer, as always, is more benign that the Verschwörungstheoretiker like to imagine. My listening room is my lounge room, measures 6m x 5m and is only lightly acoustically treated. Standmounts tend to work best in this space.

Less often discussed: standmounts are easier to store. For the reviewer serious about comparisons, he or she needs a small arsenal of goto models. Hello, storage issues. I have a cellar in the basement that holds all the empty packaging but I’m not game enough to store the loudspeakers down there in case the sprinklers go off. Instead, I must get creative upstairs.

What about subwoofers? Adding Sonos’ Sub to a pair of Five piles €799 onto the total system price but doing so also adds several points of variability to any Five review coverage. At what frequency should the sub be crossed over to the speakers? What gain setting should be applied to the Sub? Where should the Sub sit in the room?

Adding a subwoofer to the KEF LSX squares those variability points and adds a biggie of its own: which €799-ish subwoofer should one choose? No matter which choice I make, any LSX vs Fives comparison (the video’s original brief) would quickly find itself riding in the back seat, driven around town by subwoofer comparisons. This in turn would double the review (listening) time window to six weeks (!) and the resulting video’s runtime to 40 minutes.

Oliver Twists asking for more via email are reminded that each video must offer insight to stand upright without blowing out production time such that it compromises the breadth of our coverage elsewhere. I find myself forever mindful of balancing depth with breadth and more of one means less of another. A video’s shooting and editing eat five days from the working week; and it’s impossible to listen to music when one is talking into a camera or neck-deep in Final Cut Pro. Listening tests, therefore, are pushed to evenings and weekends. See point 1 above. 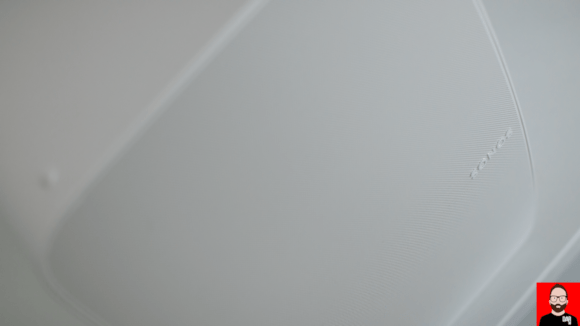 3. My final thought on the Sonos Five is what some might call ‘out there’. It has nothing to do with Sonos but rather every other streaming hardware manufacturer. Few rivals are as large as Sonos to have the resources to invest in a large software development team. Creating software eats money. Creating software like Sonos’ apps eats mega money. Sonos enjoys economies of scale seldom seen in the ‘audiophile’ space. For smaller manufacturers, the lower the number of units shifted, the higher the price paid by the consumer at the checkout. After all, someone has to pay for the software’s design and coding.

So here’s a question for smaller manufacturers — or any streaming product developer struggling to balance the books on streaming app development: for whom are you building your app?

Spotify users can be covered by implementing Spotify Connect. Tidal users can be covered by the newly emerging Tidal Connect. Qobuz (and Tidal again) can be ticked off by signing up to implement Roon Readiness. Apple AirPlay (for iOS and Mac users) and Chromecast Built-in (on Windows, MacOS, iOS and Android) not only offer alternative Spotify, Tidal and Qobuz coverage but also ringfence most other streaming services and radio services, albeit with the penalty of gapped playback for Chromecasters. The Google platform can also take care of any wifi network onboarding.

That leaves UPnP users wanting to stream from a NAS or from a USB storage device inserted into the unit’s rear. Experience tells me that gapless playback functionality varies by manufacturer. But the NAS streaming scenario could easily be handled by Audirvana (or similar) to leave streaming from directly-attached storage as the last man standing.

Is it really worth the financial pain of software development and its ongoing development/maintenance when third parties have done most of the hard work for you? Why try to match Sonos’ slick setup and comprehensive streaming service integration with your own money when there exists an alternative, less costly route to pulling up alongside it? 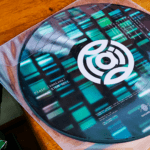 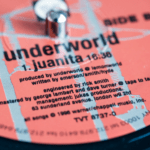