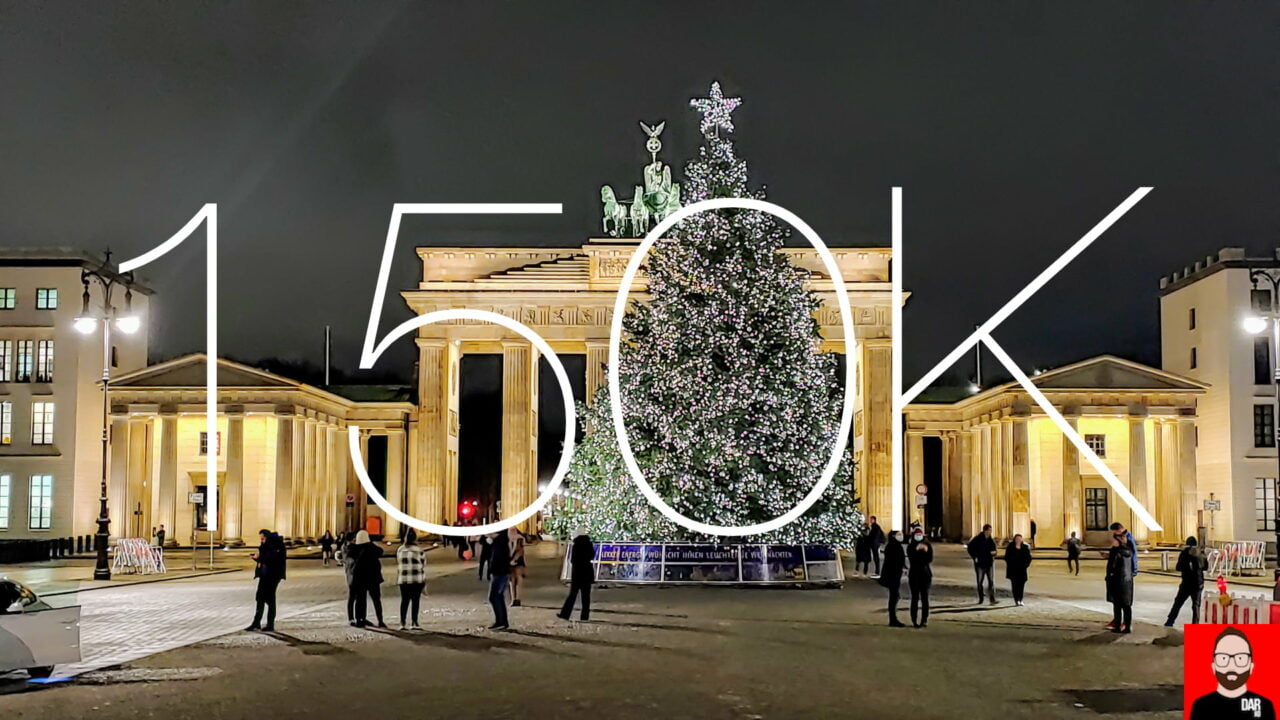 Look what Santa Claus brought me this year: our 150,000th YouTube subscriber. It was only seven months ago that we’d clocked up 100,000. Our next move might be to push harder on the publication schedule and with a heavier lean towards Sonos, Spotify and ‘Sony’. For these are the topics that YouTube’s analytics tell us will grow a ‘hi-fi’ channel the quickest. But at what cost?

Coverage of big box store streaming hardware would mean foregoing making videos of greater personal interest: the beginner’s guide to DACs, the Back to Basics series on streaming, the Raspberry Pi 101 coverage or a journey through Berlin’s best vinyl stored transcend the weekly review format.

Publishing videos more frequently would mean taking a more cursory approach to comparisons, or referencing that which I heard some weeks/months/years ago – maybe even at a hi-fi show – in their stead. Such an approach would relegate insight to the passenger seat for it to sit at odds with my definition of review quality.

Even good looking videos need a heart and a soul. Fast food sells but it’s the home-made meal that provides the nutrition. I’m trying to work the overlap between the two: where the audiophile ghetto bumps up against the mainstream.

I still conduct the same deep-level preparatory work for a YouTube video as I do for a written piece. My coverage is aimed at people who value comparisons as much as I do but who also understand that deltas between many components are too small to reliably traverse the chasm laid out by audible memory. As a result, if I don’t have a piece of hardware in-house, it won’t feature in any comparisons. I think this is where Americans would say period and Brits full stop.

Two examples: In penning the notes for the KEF LS50 Meta video, a week was spent listening to the LS50, then another week to the LS50 Meta and a third week with the LS50 Wireless II. This was followed by a final week of LS50 potpourri, just to make sure I’d got things right. For the forthcoming RME ADI-2 FS DAC / headphone amplifier video, comparisons were made to a similarly-priced rival DAC and an external headphone amplifier. All of this gear I have at home. And all of this takes time.

The Darko.Audio website predates its YouTube channel spin-off by eight years. To restate the obvious: video production is far more resource-intensive than a written review. And yet Google’s Adsense network (aka YouTube ad revenue) effectively rewards quantity over quality. I did the maths: any YouTuber wanting to make their ‘content creator’ gig a full-time concern through Adsense alone is effectively forced to upload a video every second or third day for at least the first year. No wonder a few are seduced by the increasing number of manufacturers offering free gear in exchange for a review.

When we started pro-shot video in earnest in 2018, the behind-the-scenes review process did not need altering to fit the YouTuber mould and neither did the business model. The Darko.Audio YouTube channel’s first two years were bankrolled by this website’s advertising revenues. That gave me the freedom to dodge questionable ‘review collaborations’ and Adsense cannonball runs to focus on quality from the outset: to take on Olaf von Voss as cameraman/colourist and Jana Dagdagan as video editor / YouTube development strategist. 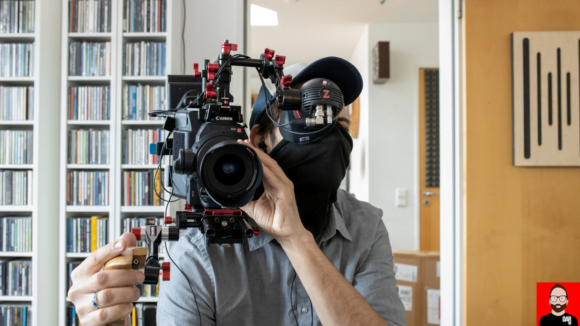 In other words, I have this site’s supporting advertisers to thank for unwittingly facilitating such high-quality video production. This in turn allowed me to place a higher value on the content and each video’s view count. I celebrate the subscriber base milestones but it’s the view count that matters. Ask any social media marketing strategist looking at, say, Facebook Pages: it’s not the subscriber count that matters to them but how many subscribers engage (like or comment) with each post. Similarly, for a website running a comments section beneath each post, ‘zero comments’ is the kiss of death.

An even more insightful metric that strips away multiple video views by the same people is the number of ‘unique visitors’ per month registering in YouTube’s analytics. The Darko.Audio channel pulled in 436,000 in November. That’s a shade more than the 398,000 unique visitors clicking to the website during the four week period leading up to mid-December.

Darko.Audio is now a three-headed beast. It’s a website, a YouTube channel and a podcast with some cross-pollination between the three. Anyone dismissing YouTube as a fad should pay attention to this: after 2.5 years of committing to Google’s video platform, the website links dropped into each video’s description box now bring more clicks to Darko.Audio than any other source (after search engines). ‘Daily Audiophile’ has been pushed to number two.

Talk of advertisers often brings the conspiracy theorists to the door. Step on in. We’ve been expecting you. Last week, I audited every video made in 2020 for notable mentions of brands whose mere presence in a video might be perceived as beneficial to the manufacturer. I lined them up into two columns: one for advertisers of this website and one for non-advertisers. The latter outnumbered the former 3:1. In other words, 75% of our video content benefits non-advertisers.

What may not be obvious to casual observers is that this site’s advertisers are invite-only. Spots are limited and I get to cherry-pick. A potential advertiser gets the nod if I dig one or more of its products. If one falls off because the company doesn’t like something I said about its product, it’s not a huge effort to find another. I don’t say this to show off or to sound arrogant but to illustrate how I don’t live in fear of losing an advertiser. I’m not as beholden to advertisers as detractors of the model often presume. But even as I write this, things are changing.

The Coronavirus pandemic’s March/April/May 2020 lockdown punched a hole in many a manufacturer’s business confidence to put large chunks of their marketing budget on ice. The knock-on effect for yours truly was major income loss – enough to put future video production in doubt – and a sharp reminder of the financial fragility of being self-employed.

I’ve Jana to thank for the solution that will eventually (hopefully!) make up the shortfall; a solution that I’d hitherto strongly resisted: Patreon. And after eight months online, the Darko.Audio Patreon is developing into a neat little community of positive-minded people. But what to give ’em in return? Playlists of music featured or discussed in the YouTube videos and access to the 2020 Darko DAC Index was never going to keep Patrons engaged in the long-run. How to give ’em more? The solution came from an unexpected avenue: turning off YouTube comments freed up enough time to make Patreon-exclusive vlogs.

The upshot is that heading into 2021 this website and its YouTube channel are less reliant on advertising revenue than in previous years and I’ll be looking to trim the number of manufacturers lending financial support down to those whose products I regularly use. Let’s not get ahead of ourselves though. Darko.Audio as a wholly Patreon-funded publication is a long way off. For now, I’m content to be operating under a hybrid model. 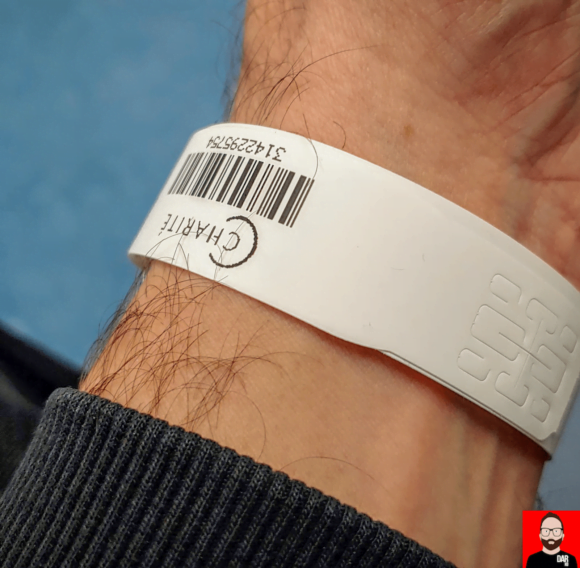 Adding another arm to this publication’s reach in 2020 was our first full year as an EISA member — and even though the pandemic relegated hi-fi group meetings to Skype, it was a pleasure to collaborate with so many other publishers from around the world in choosing the best hi-fi products of the past twelve months. This process also helped reaffirm my stance that for a product to qualify as a Darko.Audio Product of the Year, it mustn’t be (much) more than a year old. I look forward to another virtual year with EISA in 2021.

Thanks also go out to John Grandberg, Phil Wright and Srajan Ebaen for their stellar contributions to Darko.Audio this year. My friend and colleague Michael Lavorgna also joined the staff writing team in 2020 having returned to the hi-fi review game after a year hauling ass for UPS. This week’s podcast with him reminded me to remind you that my (and his) work isn’t intended as consumer advice. We don’t know you, your (financial) circumstances or your tastes in sound, music or aesthetics well enough to ‘highly recommend’ a darn thing. There is no one-size-fits-all hi-fi/head-fi solution. Instead, my work is now at least halfway aimed at bringing more people into the hi-fi world.

This aim seems to be hitting its target with nine out of ten emailers (and Patreon commenters), perhaps unsurprisingly, namechecking a video or a podcast as their first point of connection. What remains unseen by many is the toll video and podcast production has taken on my mental and physical health. With memories of November 2019’s burn-out still fresh, December 2020’s detached retina scare even fresher and the Coronavirus situation in a locked-down Germany still to improve, it might be that the new year will be slow to start for yours truly. I’ve been in the hi-fi game ten years now and I think I’ve earned a break, even if that break is a Government-enforced staycation. 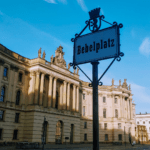 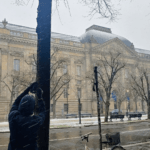