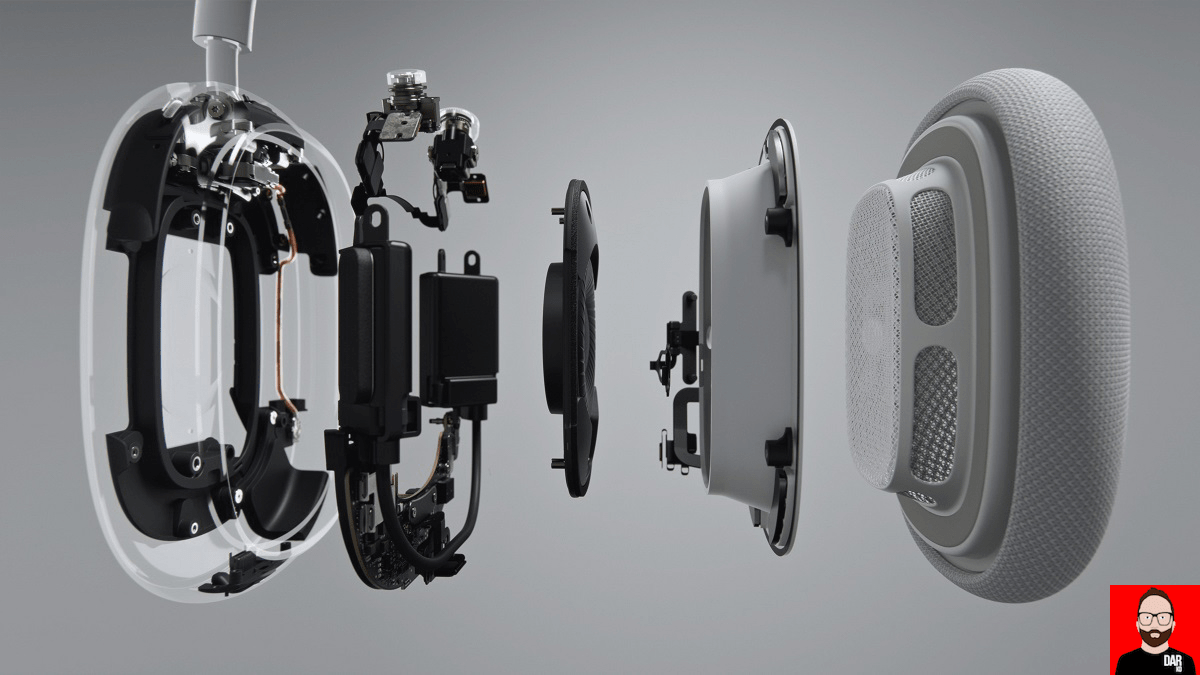 Per active loudspeakers, the DSP will have allowed the Cupertino engineers to optimise the driver’s frequency response but it has also been coded to render dynamically the Airpods Max’s sound in real-time with: 1) adaptive EQ that adjusts the sound according to the headphone’s fit and earcup seal; 2) active noise cancellation that reads external noise disturbances arriving at each earcup’s 4-mic array in order to cancel (some of) them; and 3) spatial audio that utilises an internal gyroscope and accelerometer to place sounds in a virtual space – that’s super useful to gamers.

What else? ANC engaged, battery life has been rated by Apple at 20 hours. The removable/replaceable earpads are made from memory foam. The mesh headband is designed to distributed the 386g weight. A digital ‘control’ crown (borrowed from the Apple Watch) and neighbouring ANC on/off/transparency button are located on top of (and not underneath) the right earcup. Siri voice control is available for those who prefer to go completely hands-free.

The Airpods Max announcement has also triggered some negative responses. Many consider the US$549 street price to be laughably off the mark – especially when sat to class-leading models like Sony’s US$350 WH-1000XM4 – and yet the Apple Store’s first online supply run has already sold out. And the Smart Case that puts the AirPods Max into an ultra-low power state to preserve battery life exists instead of a simple power on/off button on the headphones themselves has also seen its fair share of social media-based derision. 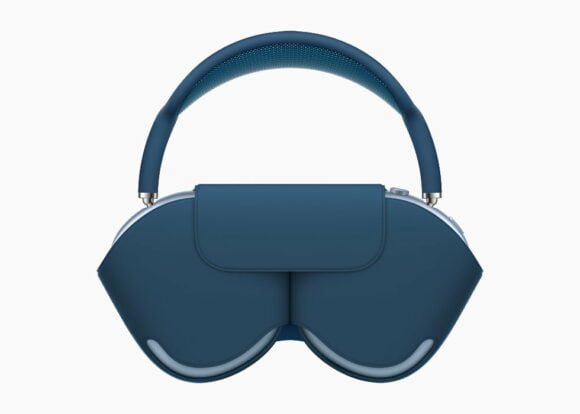 Only time will tell how the AirPods Max fare on sound quality but we should remember that these are Bluetooth audio headphones that bring with it them a healthy dose of consumer confusion. Bluetooth audio isn’t just ‘Bluetooth audio’. Sound quality is not only determined by the hardware but by the software. And inside its latest model, Apple has specified only AAC as an optional ‘high-quality’ audio codec. There’s no Sony LDAC. No Qualcomm aptX HD.

At first blush, this might seem like no big deal. All iPhones and modern Android smartphones carry AAC as part of their feature set. But why then does Sony’s AAC-only Sony True Wireless WF-1000XM3 sound ever so slightly better when Bluetooth paired with an iPhone 6S Plus than with an LG V40 or LG V30?

The answer comes from a December 2018 investigation into AAC’s Bluetooth audio capabilities by the Sound Guys that revealed how AAC’s measured performance is 1) markedly better with the iPhone than with Android phones and 2) that AAC’s measured performance varies wildly among Android models, with some seeing superior results from (the supposedly inferior) SBC running on the same device.

“If you’re an Android user, you’re probably better off sticking with SBC, or opting for aptX or LDAC if available,” the Sound Guys concluded.

The full-size Sony WH-1000XM4 specify LDAC to pull Android users out of the AAC quagmire — but that isn’t a possibility with the Apple AirPods Max that are glued to AAC. Of course, this won’t be an issue for 99.9% of AirPods Max buyers, many of whom will already be iPhone users, but for Android phone runners who care about Bluetooth sound quality, it’s essential intel. Especially at US$550. 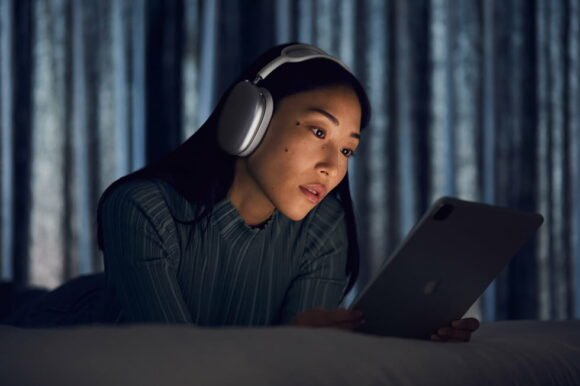 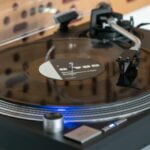 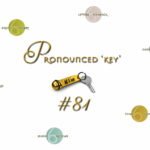