It’s a common strategy across the automotive and entertainment industries: tweak an existing product, offer it alongside the existing one and charge a premium for the ‘special’ version. Get the formula right and you sell more whilst benefiting from economies of scale in R&D and production. The customer gets more choice and those dropping more cash get a better product.

In audio, tweaks can start with enhanced looks – say a different finish or colour – and run all the way to significant re-engineering. With its Debut Reference standmount loudspeaker (£499/€499/US$599), ELAC has done both. We get a string of technical and cosmetic enhancements over the original Debut 2.0 B6.2 (henceforth referred to as the DB62) for an extra £170. The original DB62 performs well – I have a pair – so today we ask: is the new Reference version worth the extra money? And also: how does the Debut Reference compare to a far more costly standmount loudspeaker? 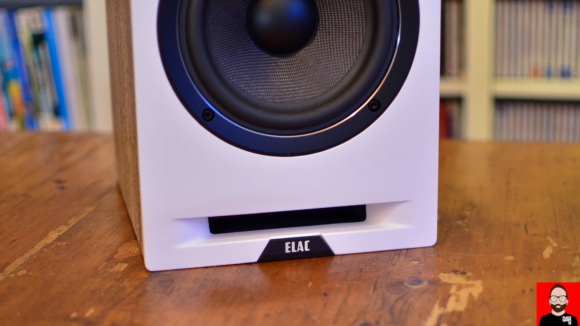 The skinny
The Reference’s appearance hits us first. To these eyes, it’s drop-dead gorgeous. Andrew Jones, the designer of both models, says that “with the (lesser) DB62 most of the money is in the engineering and only a little in cosmetic design”. For the Reference, the balance presumably swung slightly more to the latter. Forget the plain black box. (This pair of) the Reference has a light-oak vinyl-wrap body and white front panel, finished with stone cloth grills. All beautifully coordinated – the transformation from the DB62 is startling. A walnut, black and stone finish is also available.

Ditch the grills and the Reference remains attractive. The more open tweeter grill looks smart and reduces attenuation above 8kHz according to Andrew Jones. A new waveguide also reduces tweeter diffraction. Bass reflex porting is now handled by a dual-slot at the bottom of the front baffle; it looks neat and is said to reduce port noise as well as improve bass dynamics. The Reference’s cabinet has thicker panels and better bracing. It looks more solid too, measuring 1.5cm wider and shorter than the DB62.

The drivers themselves remain the same as with the DB62: a 6.5” aramid-fibre mid/bass unit and a 1” cloth-dome tweeter but, according to ELAC, the mid/bass driver chassis has been beefed up to reduce flexing and eliminate resonances and spider reworked to improve linearity at high excursions. An 11-element crossover reportedly gives the new model a more linear frequency response as well as better off-axis performance. Crucially, the Reference version has been voiced as closely as possible to the original. 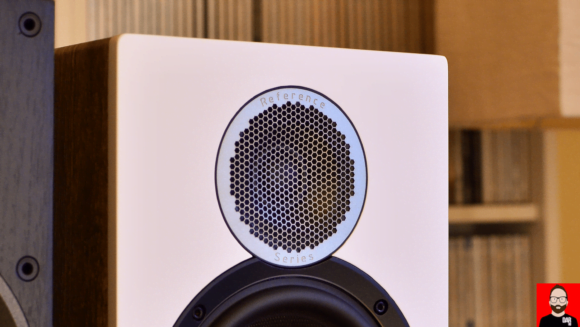 Positioning and electronics
I used both the DB62 and Reference on open stands. This led to a visually incongruous setup – the speakers are a bit narrow for the stands – but sonically without issue. An older pair of solid Target stands also worked well showing that the ELAC don’t seem to be too finicky in this department. Were they staying put, I’d pamper the Reference with white stands.

With their front-port, the Reference should be less fussy than the original about wall proximity. In practice, they worked nicely where a pair of rear-ported Graham LS6 Chartwell standmounts previously stood: 2m apart, 40cm from the front wall, slight toe-in.

ELAC’s original DB62 and Graham Chartwell LS6 speakers played counterpoint to the newcomers, in all cases connected to the amplifiers with Tellurium Q Black 2 (£270) speaker cable. 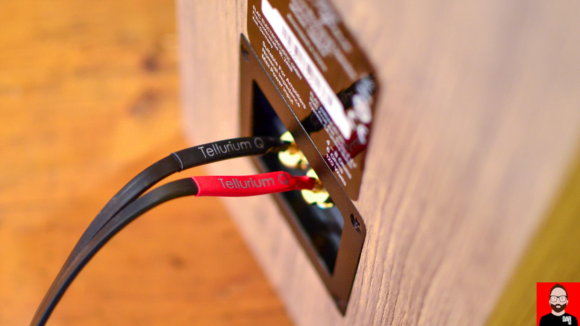 Listening
First, we establish a baseline. The DB62 – the original – does most things well: 6dB down at 44Hz isn’t necessarily special but bass is well-controlled whilst not having the life squeezed out of it. It can also appear weighty when needed. Treble is extended enough – there’s detail aplenty – and the mid-range whilst not rich is still communicative. The soundstage is credible, extending beyond the loudspeakers to the left and right, with musicians reasonably well delineated within. Tonality is both good and balanced, all aspects of the sound proportionate; the DB62 is no bass monster, midrange nerd or detail freak.

A question mark arrives when SPLs are pushed, the sound hardening up to render music more monochromatic — particularly with the Marantz-based system. Switching to the Gold Note / Allo / Mytek system ups the ante and tames these wayward tendencies. Not completely, the DB62 still lacks a degree of refinement, but it does move up a league with better electronics (as you’d expect): it plays louder without strain and there’s more texture to proceedings. Bass also appears deeper. 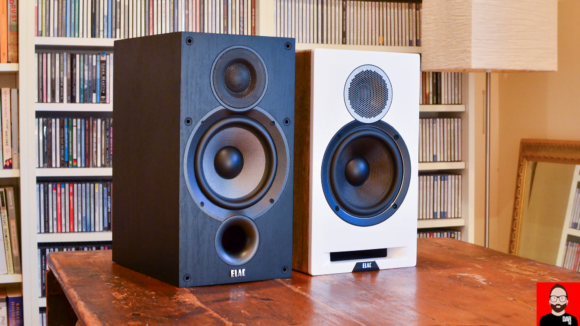 How does the Debut Reference compare? It may use the same drivers but clearly, they’re only one ingredient in Andrew Jones’ product design arsenal. The Reference takes the DB62’s good points and polishes them for a significantly more refined sound with greater dynamics, more heft and better delineation. The midrange has more body and colour. There’s more detail on offer. We get to hear more of what’s going on. And there’s an ease to the sound that just isn’t present in the DB62. Best of all, the sound doesn’t harden or lose tone colour at higher volumes.

Shawn Mullins sounds as chilled as “Twin Rocks Oregon” (Soul’s Core) implies and the Debut Reference lends it a richer midrange. Grace Jones’ “This Is” from Hurricane is a positive whirlwind and through the new ELAC its pumping bass line is easier to follow and less amorphous (than via the DB62). The better dynamics of the Reference also add musical impact and better separates instruments. Derrick Hodge’s “The Cost” (Colour of Noize) swirls around the room like a Harry Potter Dementor, the individual contributions – there are many – easier to discern.

Plumbing in the Gold Note-based system takes things even further forward. The textures developed on Barrueco’s guitar version of the “Koln Concert” are just lovely, his inner workings made clearer by the Reference. And the new ELAC causes dynamics to step up a notch. Brass fanfares are given more forward thrust, the Bersarin Quartett’s ‘garage door explosion’ (“Prolog”, Method und Maschinen) has a real cataclysmic feel.

How does Debut Reference compare to a more costly standmount? Switching in the £2,300 Graham LS6 answers the question firmly but not emphatically. Improvements are obvious but the two speakers take a similar approach to music reproduction’s tonal balance. With the LS6 the soundstage acquires depth, for greater overall sound expanse. Detail retrieval becomes more copious to expose greater nuance. The LS6’s better dynamics allow music to play loud without a hint of strain. Bass depth is similar to the Debut Reference but the LS6 plays with less restraint, there’s an ease that the ELAC can’t manage. In absolute terms the Reference’s performance is very credible given the price differential.

Back to the base-level DB62, in whisky terms a good blend against the Reference’s single malt. The essentials are the same – ELACs tonality and even-handed balance present in both models – but the single malt offers a more sophisticated flavour profile: more elegant and more expressive. 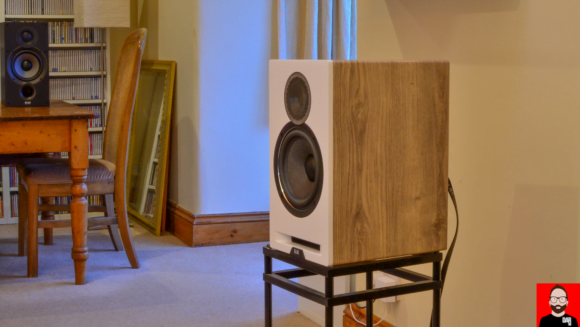 Conclusions
The Reference is a clear step up from the standard DB62. The ugly duckling has become a swan. For those who see loudspeakers as audio furniture, this alone justifies the additional cost of entry. The improvements to sound quality seal the deal (and then some): the Reference is altogether more refined than its forerunner.

In his KEF LS50 WII / LS50 Meta coverage, our publisher talked of flavours that differ slightly; horses for our courses. This is not the case with Debut vs. Debut Reference. If you like the DB62, you’re going to LOVE the Reference version. Spend well, spend once.

The real surprise here was just how well the Reference fared against the five times more costly Graham LS6. The ELAC is no giant slayer but nor was its tonally-similar profile shamed by the Brit. The LS6 does everything that bit better but if ever I downsize (again!), I know where to look.

With the Debut Reference, Andrew Jones has done it again. A must-listen loudspeaker for anyone shopping in and around this price point. And if it sits slightly beyond your means, maybe consider a compromise elsewhere in the playback chain. You’ll thank yourself later.