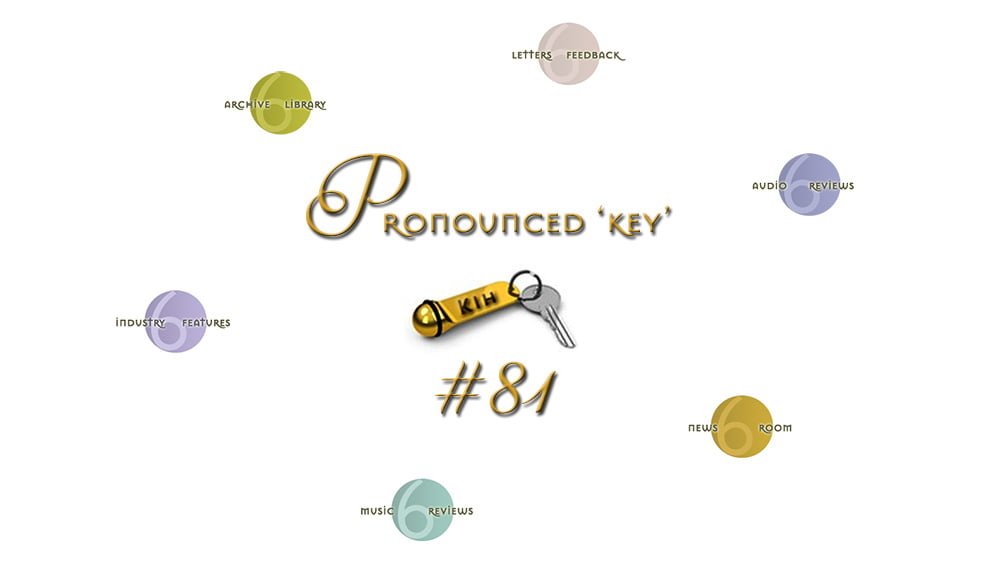 SUBversion. Recent experiments with an active filter built into my new autoformer passive preamp have suggested a new wrinkle for skinning the multi-way conundrum (well, new to me at least). Pál Nagy’s icOn 4Pro Model 3 SE includes 4th-order Linkwitz/Riley 40Hz outputs. Those feed mirror-imaged data to monitors and subwoofer. The former’s roll-off starts at 100Hz. It’s down -6dB at 40Hz, -24dB at 20Hz. The sub does the opposite. Perfect handshake.

Before I get at the subversive goodies, you should know that our domestic listening won’t tolerate bombastic SPL. As such I’ve preferred premium two-way speakers. Currently 8” 2-way floorstanders play both the main music system and 2.0 video system. For a year my small upstairs rig hosted a 6½” 2-way stand mount which since has been replaced by even smaller 4-driver 3-ways. Proper 4-way Audio Physic Codex still sit in a spare storage room. My less-way focus isn’t from living under a rock. It’s from being familiar with premium Cube/Voxativ-style widebanders. It’s from wanting some—or better, most—of their lightning-y immediacy. 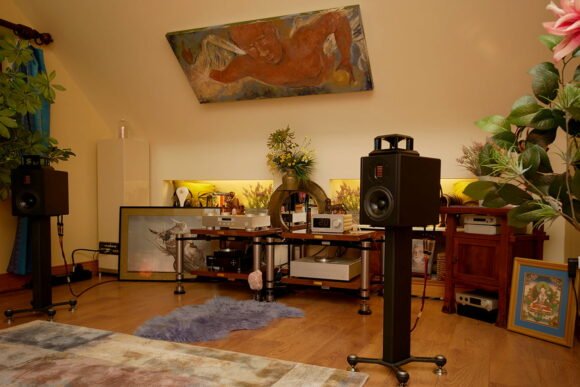 By design, a two-way has a single crossover hinge. Usually somewhere at ±2’000Hz, the high-pass lets the highs pass on to the tweeter. The low-pass passeth not wind but mids and lows to a mid/woofer. That’s usually a 5½”-10” driver without the high-pass nearly all 3-ways would insert. That benefits the directness I’m after. Unless we want handouts or hand-me-downs, free lunch is a myth. So there’s a flipside. It’s that bass and mids share a cone. The bass which is beyond our double-dipping driver but which isn’t cut out by a realistic high-pass still causes its voice coil to heat up needlessly. And that drives up the driver’s impedance in a reverse square function. Now its output well into the vocal range restricts. It’s reduced dynamic range for our speaker’s main driver because it tries to do something it can’t. Whilst we can’t hear the bass it doesn’t play, we do hear the effects of this hapless effort elsewhere. To recognize that, we just have to eliminate the effort. But first things first. 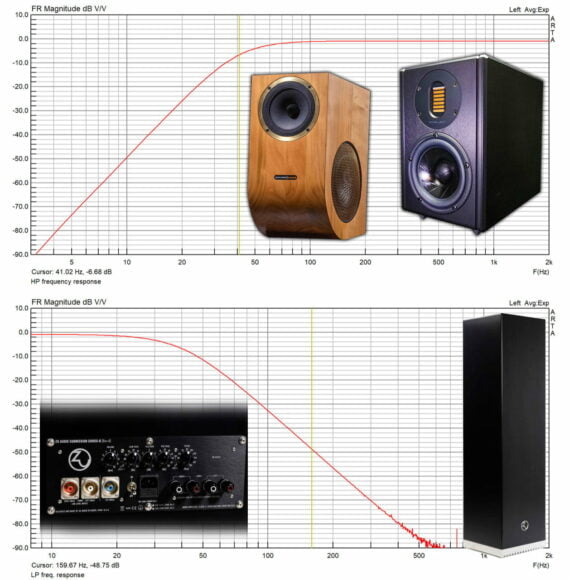 Here I’m not looking at maximum achievable SPL to the silly tune of 110dB. I’m referring to the microdynamic range that’s actually relevant because it’s the recorded limit of most non-classical music. For such music, traversing 15dB tends to be stellar. Much compressed pop is lucky to peg 6dB. Still, we want that difference to be most finely gradated. Instead of everything sounding mostly equally loud, we want to experience it as maximally varied. Different notes inside a melodic arc ought to display all their small loudness inflections. Accompanying beat patterns below the melody should show shifting emphasis not metronomic sameness. More dynamic motion in the music means more e-motion in the listener’s response to it.

When I first hooked up our Acelec Model One all-aluminium Dutch 2-ways and Zu Submission sub via the icOn’s active filter, I was surprised. I’d expected and got seamlessly integrated perfectly linear bass. Huzzah. Sign that check! But there was more. I’d simply not expected the very clear gains in microdynamic expressiveness well above the 100Hz kink below which these speakers now fade slowly. Now the ‘mid’ half of the mid/woofer’s moving mass was no longer weighed down by its ‘woofer’ half. What’s more, the main amp no longer saw the monitor’s port-induced phase angles and impedance maxima. Happier amp plus happier monitor meant more authority and more deep-throated song for everything beyond 100 cycles up to where a Mundorf AMT takes over.

Via active high-pass, I had effectively converted my ported two-way into half a three-way (across three boxes at that). That liberated it from an invisible rear-naked choke without the usual signal-path throttling which a passive filter behind the main amp would cause. After all, a 40Hz passive high-pass requires big reactive parts. That’s why it’s hardly ever done passively. Slicing off the low bass actively so before the amplifier and in the analog not digital domain was the new trick my old dog just learned. Woof it, bubba. Separately, not on the same cone as your mids.

True, a 3-way would do that too, just passively. It would also cram passive non-adjustable bass into the same location and box. Shake it, baby. Now my room would still have its own say over less or more bass which I couldn’t tailor, never mind that the high damping that’s so desirable for a bigger woofer might not be equally desirable higher up. Yet now one amp must do all of it justice. 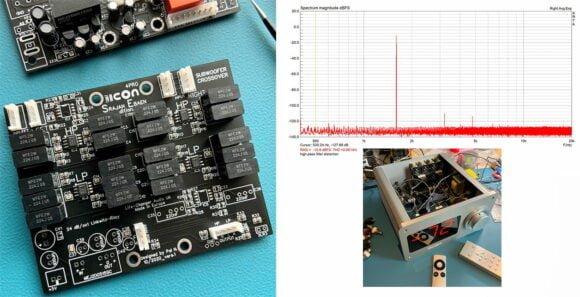 If we don’t want full-on active speakers for whatever reason, this active sub plus passive 2-way execution with a precision outboard active crossover seems a worthwhile alternative to investigate. It’s active not just with a direct-coupled amp in the bass. It’s active also in removing the low freqs from the mains. I’m so delighted with my results that for early 2021, I just signed up to review the GermanRiPol ModalAkustik MusicBass with companion Ridthaler active crossover box. I want to learn whether the sterling upstairs results will migrate down into the big rig. It’s because the downstairs servants now want the same posh as the upstairs aristocracy already has. Envy. Audio upgrades to keep a household happy. What an excuse. Because the €1’550 Ridthaler external crossover features a variable lo/hi-pass across 41 steps, I’ll even get to experiment with higher filter hinges. Upstairs is fixed at 40Hz. That’s how I ordered it and it does work rather spectacularly well. But might 60Hz or 80Hz work even better there or downstairs? I’ll find out soon enough.

For today, I’ve really only been on about introducing you to the notion of combining a good-to-40Hz 2-way speaker with a good-to-20Hz sub. Precede both with a precision active analog filter that’s superior to what’s built onto generic plate amps. To my ears, this exact job division is properly subversive. Hit play and kick back for very big fully grounded sound of true scale and more liberated dynamics. Lovely if I may say so… 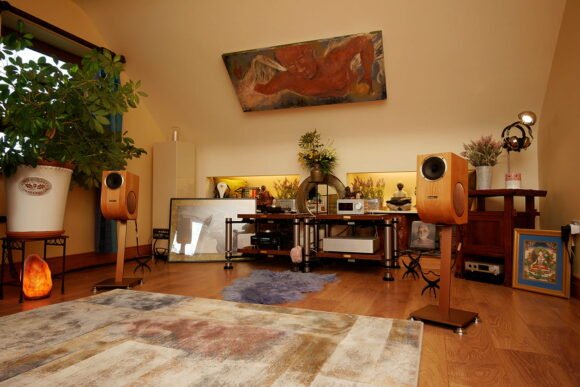 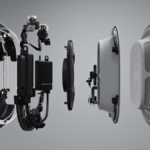 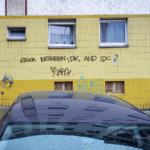