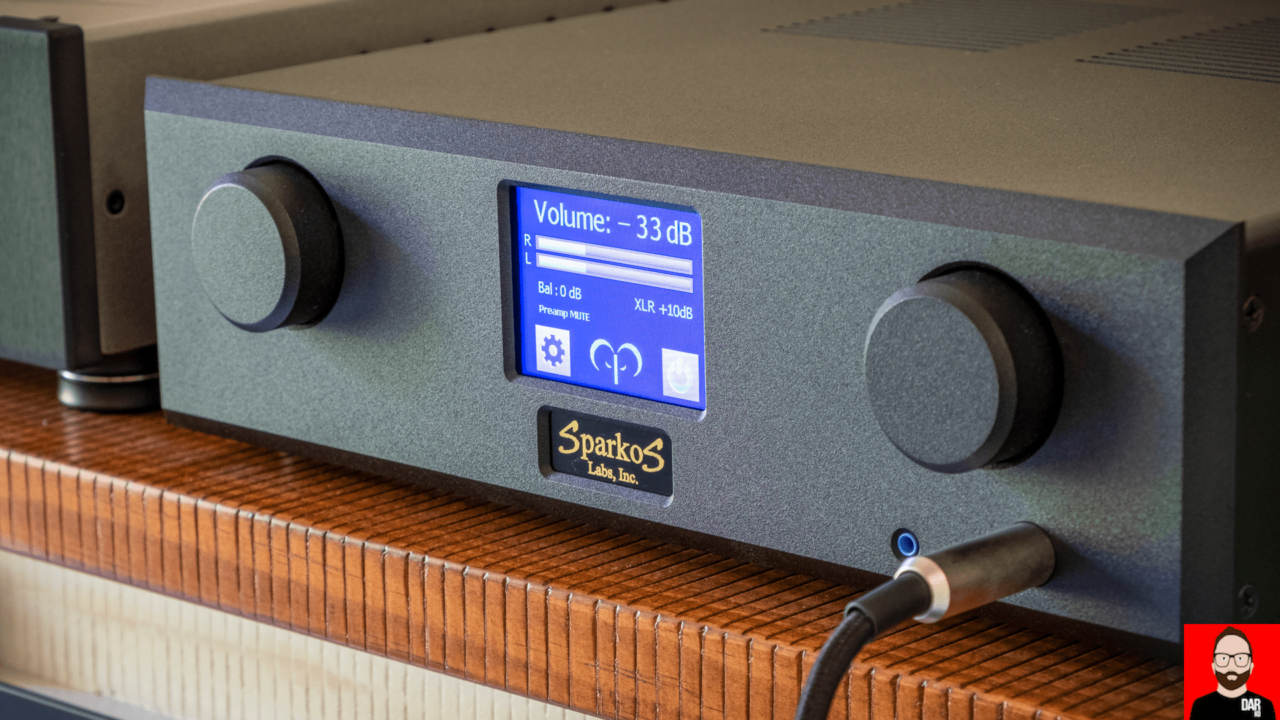 This is the second in a series of four posts looking at (what I call) ‘mainstream high-end’ headphone amplifiers. Last time, we covered the Pro-Ject Head Box DS2 B and its associated power supply. Today we take a deeper dive on the SparkoS Labs Aries.

Readers who aren’t well-versed in the DIY audio scene may not be familiar with SparkoS Labs. That’s because the firm mainly focuses on parts for builders and modders – think custom-designed discrete opamps and voltage regulators among other things. SparkoS is USA-based and has a refreshing tongue-in-cheek irreverence along with a ‘locally sourced and built’ ethos which brings to mind Schiit Audio.

SparkoS Labs’ discrete op-amps have become popular in the audio community, with folks often using them to replace the standard op-amps (from Texas Instruments et al) in their headphone amplifiers. On the back of this interest in his op-amps, Andrew Sparks has produced his first mainstream commercial product: the SparkoS Labs Aries headphone amplifier.

The Aries is available in two versions that differ only in functionality. The base model is a US$2495 dedicated headphone amplifier with two sets of RCA inputs plus a convenient front-panel 3.5mm input — handy when using a nice DAP as a source. The only output is a 6.35mm unbalanced headphone jack. A US$500 upcharge adds XLR inputs plus a pair each of RCA and XLR outputs, transforming the device into a full-fledged pre-amplifier in addition to its (still single-ended only) headphone-driving abilities. Either way, the core design is identical: discrete SparkoS Labs op-amps throughout, mu-metal shielded toroidal transformer flanked by proprietary discrete voltage regulators, and a highly advanced custom stepped-attenuator volume solution that uses reed relays for ultimate transparency. A pair of rotary knobs combine with a touch-capable front-panel display to handle user interfacing, its micro-controller going into sleep mode when not in use to avoid unwanted noise. 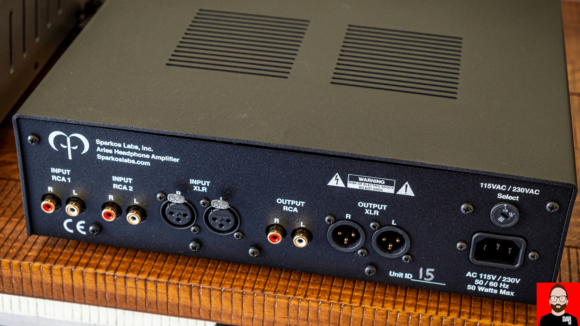 This all adds up to the Aries being one of the most neutral, transparent, and clear sounding headphone amplifiers I have ever encountered. Detail retrieval is otherworldly, as are dynamics and transient snap. Listening to Vanish by Smoke & Mirrors Percussion Ensemble highlights all three of those aspects just so. Pair this amplifier with the Focal Utopia, Sennheiser HD800S, or Kennerton Audio Thekk to hear a stunning technical accomplishment which would put even the most expensive loudspeaker systems to shame. At the same time, the Aries does not go so far as to be overly analytical, dry, etched, or boring, which are all inherent risks with this sort of presentation.

Stepping up from the Head Box DS2 combo to the SparkoS Aries is a real eye-opener. The Pro-Ject duo feels plenty detailed until you switch back and forth, at which point it feels somewhat muffled in comparison. And I’m not just talking about the sensation of boosted treble – a trick often used to make the listener think they are getting improved detail. No, the Aries actually dredges up micro-details that most other amplifiers leave behind. The Aries gives us more insight into which brand of cymbals a percussionist might have in his/her drum kit. Listening to the great Al Foster – paid to endorse/use Zildjian but refusing to give up his beloved Paiste Sound Creation Dark ride cymbal – really brings this home.

Another more obscure example might be Accidental Powercut Volume 3, from the (unfortunately defunct) Bowers&Wilkins Society of Sound series. This amazing binaural release has Zimbabwean artist Tinashe (not to be confused with the American pop singer of the same name) doing his thing in front of a live audience, and I’ll be damned if the Aries/Sennheiser HD800S combo doesn’t make it feel like I’m sitting right there in the venue with the crowd. That sort of hyperbole is thrown around pretty casually in audio reviews but in this case, it’s 100% the case. The binaural nature of the recording puts me in a specific location in the room, and after a few tracks, I can consistently identify the more boisterous audience members around me. Of course, a huge part of this equation is the recording itself (which I don’t see available anywhere online, unfortunately) but the SparkoS Aries also plays a key role, helping showcase this effect more than any other amplifier I’ve experienced to date. 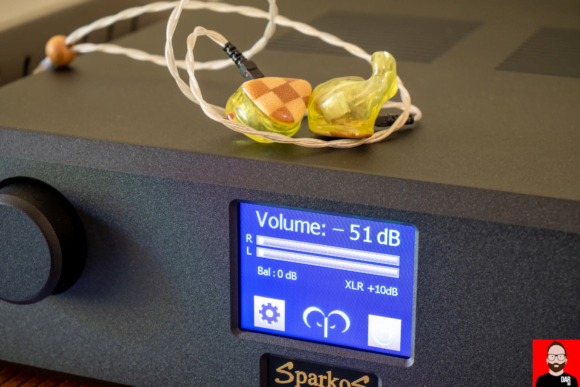 Pairing the Aries with in-ear monitors also produces superb results. That fancy volume control system allows for a wide adjustment range and perfect channel matching, whilst the black-hole silence of the amplifier is ideal for sensitive IEMs. The Aries’ über-revealing nature steps forward once again when listening with tiny transducers lodged in the ear canal. I wouldn’t hesitate to build an entire system around the Aries and a top-tier, (preferably custom-moulded) in-ear monitor, and that’s not always true when dealing with big desktop headphone amplifiers.

Downsides? Well, the Aries is a highly insightful, ravishingly articulate amplifier, and those attributes can bring unwanted aspects to the fore. This amplifier will expose every flaw in a signal chain. Be it the source, the headphones, the recording itself, or even the cables, the Aries will ruthlessly inform us of anything which isn’t up to par. That means it probably isn’t the best amplifier choice for those without some really capable supporting gear (mine is detailed below). Nor is it ideal for folks who primarily listen to great music with not-so-hot recording quality. Hitting the heights of Holst on a Reference Recordings release is a near-transcendental listening experience, but if I play Sonic Youth, The Velvet Underground, Wu-Tang Clan or an early Genesis album, I am left wondering if this really is pleasurable. I suppose this is true of most highly-resolving audio equipment, and while the Aries is not thin or harsh as some headphone amplifiers tend to be when shooting for every last detail, the high-definition image drawn by the Aries is such that I feel the need to reiterate this aspect. Choose this amplifier wisely.

In the end, the SparkoS Labs Aries is among the absolute best headphone amplifiers I’ve heard in terms of detail retrieval, resolution and speed. One might think of it as the previously-reviewed Drop x THX AAA 789 amplifier taken to its logical extreme, without suffering that model’s somewhat constricted staging. Folks who dig the Drop device will be thrilled with the performance of the Aries, as would just about anyone else looking for extreme accuracy in their amplifier. Hats off to Andrew Sparks and SparkoS Labs for really nailing their first retail product. It’s always encouraging to see a really small company achieve greatness out of the gate.

Next up, the ZMF Pendant.

For this evaluation, I set up a very high-performance system capable of taking even the best headphone amplifiers to their limits.

The foundation was laid using the Equi=Core 1800 (US$2199) balanced power conditioner and Audio Art power1 ePlus AC cables feeding every component. My transport setup is a bit ridiculous yet totally worth the trouble. It starts with a Euphony Summus (US$2599) music server augmented by a Keces P8 (US$699) ultra-low noise linear power supply. An iFi Gemini 3.0 USB cable splits power and data legs as they travel to a Matrix X SPDIF 2 DDC (US$379) powered by a Wyred4Sound PS-1 linear PSU (US$499). Finally, signals are routed to a Titans Audio Lab Helen (US$1699) for additional jitter/noise reduction, and then off to a Wyred4Sound 10th Anniversary DAC (US$4499) for D-to-A duties. Aside from the iFi USB leash, Audio Art’s e-series cables handle all digital and analog connections.

Headphones run the full gamut from classic Sennheiser HD650 and AKG K701 to modern flagships like HiFiMAN’s Susvara and the Meze Empyrean. The ubiquitous Sennheiser HD800 and Focal Utopia both make appearances, as do lesser-known gems such as the Kennerton Audio Thekk and Audeze LCD-24 Limited Edition. I also didn’t shy away from trying sensitive in-ear monitors ranging from the sensibly-priced Campfire Audio Comet to top-of-the-line 64 Audio A18t customs, and many models in between. 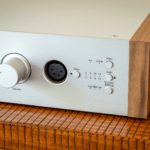 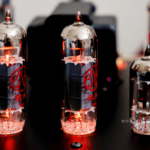