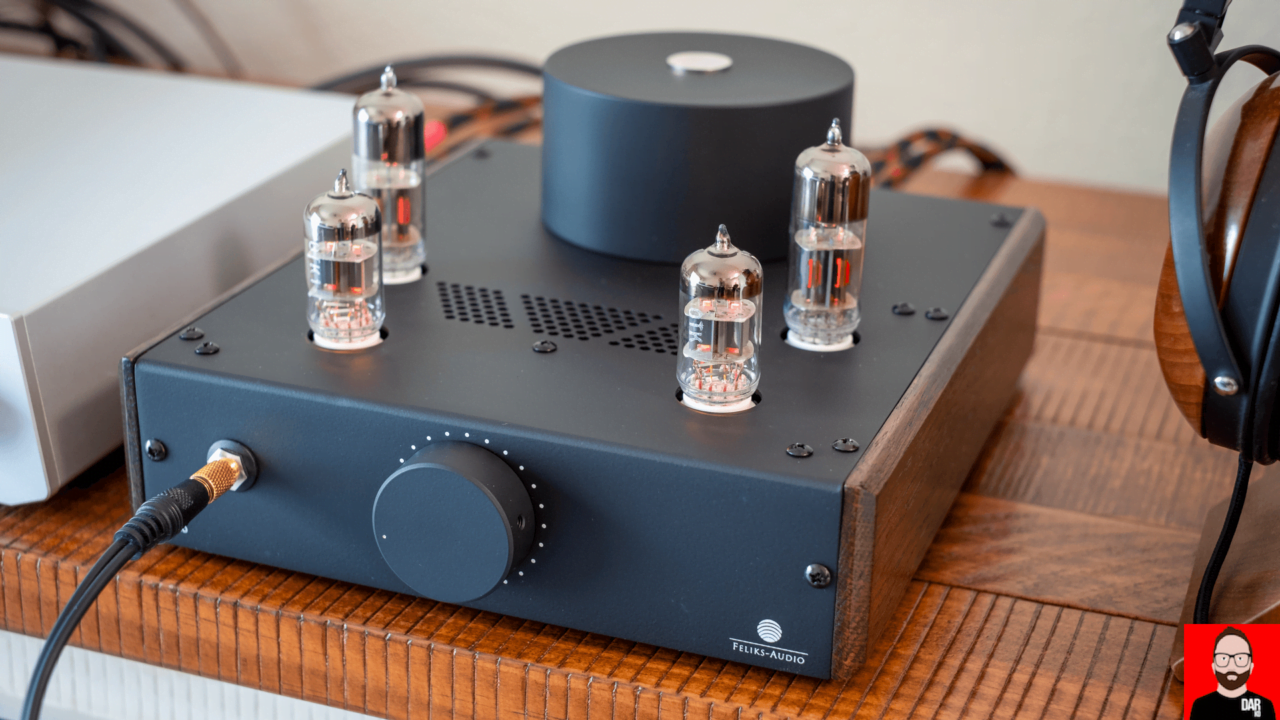 Feliks Audio is a relatively small Polish firm. They’ve been in the audio game for over ten years, making tube-based electronics with a heavy focus on headphone listeners. Prior to the Echo, every Feliks Audio product came with a four-figure price tag.

I set a soft cap for this four-amplifier roundup at US$600 but I’m kinda sorta making something of an exception here as a significant portion of the Echo’s landed cost goes to shipping. When factoring in the long trip from Poland to the USA, it’s more like $600 plus hefty international shipping, which is pretty much how they list it on their website.

The Echo is an output transformerless design (aka OTL) deploying a pair each of 6N6P and 6N1P. It also works as a purist, single-source preamp for those who might need that feature – active desktop speakers come to mind.

As a headphone amplifier, the Echo larger and appreciably heavier than the others in this roundup. Being tube-based it’s also more fragile. The outward aesthetic is what we might call ‘classic’ with real wood side panels contrasting an otherwise clean industrial appearance. I do see a few tiny imperfections on the chassis — not unexpected on a hand-made product selling for this price.

In some ways, the Echo falls right in line with stereotypical OTL tube amplifier expectations. That means beautiful tonality with moderate warmth and a very spacious presentation. Soundstage and layering are expansive, whilst treble has a welcome sweetness to it that reins in brighter headphones. Detail retrieval is good but it takes a back seat to tonal saturation and (a bit of) bloom. That said, the lack of output transformers (which would no doubt require serious compromise at this price point) gives us a sense of sonic purity which doesn’t feel at all deficient in resolution, despite the somewhat forgiving nature of the presentation. 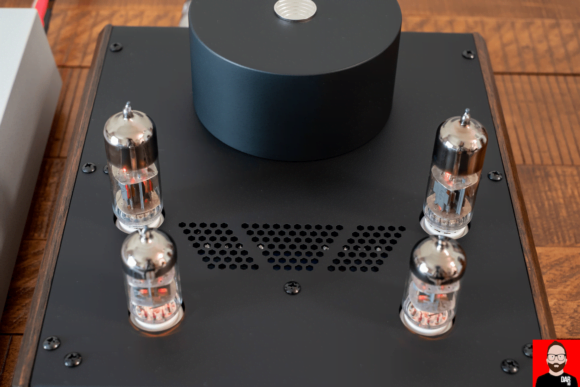 In other ways, the Echo defies OTL convention by offering an extremely silent background, sitting right at home amidst the three solid-state alternatives previously covered. Impedance-related mismatches aside, it produces zero noise with sensitive headphones — even in-ear monitors. My history with “budget” OTL designs has always involved some trade-off with respect to noise, so this finding was certainly a welcome surprise.

The suggested use case for the Echo is with 100 Ohm headphones and above, but I found it to pair harmoniously with most lower impedance planar magnetic designs. It can be used with low impedance dynamic headphones but we take our chances with respect to impedance-related colorations. In some cases, like the Focal Elex, a pleasing synergy emerges. In others, such as Sony’s MDR-Z1R, things just don’t go our way – bloated midbass and an unfortunate “honk”. My final tally shows more great headphone matches than expected and only a handful of pairings I’d avoid.

Aside from some low impedance dynamic cans, that “mismatch” list chiefly consists of more power hungry planars. The Echo hits significantly harder than its rated 350mW output would suggest but it still runs out of steam with HiFiMAN’s HE-6 and Susvara. More sensibly efficient planar designs from Audeze, Meze, Kennerton, and the remainder of the HiFiMAN line all remain fair game.

Having established the surprising versatility of Feliks’ headphone amplifier, my favorite pairings were with high impedance headphones. The Sennheiser HD650 and HD800S (both rated at 300 ohms), along with the lesser-known but excellent sounding Audio Technica ATH-R70x (470 ohms). The wide open presentation, the rich and slightly dark tonality, the “open window” midrange purity, all add up to a thoroughly engaging listen – even if it’s not quite the most technically adept of the bunch. As I relax with some Ornette Coleman or Monolake or Damien Rice, any concern about microdetail obfuscation simply melts away.

In summary, the Feliks Audio Echo offers a versatile take on the classic OTL design. Its hand-built appearance mirrors its sonic performance – both have their flaws if one looks/listens close enough, but the overall tonal balance so rewarding it’s easy to overlook any minor niggles. This is an amplifier that appeals more to emotion than intellect. If that sounds like it might scratch your particular musical itch then the Echo could easily justify its price jump over our baseline Pro-Ject amplifer. 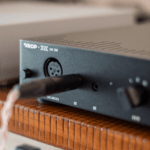 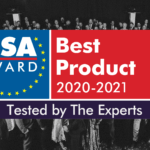