New from the JBL Synthesis’ Northridge, California facility, a high-end studio monitor that wears the company’s classic blue baffle but is aimed at the discerning home listener. The 4349 is a large two-way standmount loudspeaker whose 1-inch-walled and heavily-braced enclosure houses JBL’s horn-loaded D2415K compression driver and a 12″ Pure-pulp mid/bass driver.

And much like JBL’s L100 Classic, the 4349 is a 21st Century loudspeaker design wrapped in vintage clothing:

The D2415K sports a pair of 1.5-inch polymer annular drivers mated to a ‘large-format High-Definition Imaging (HDI) horn’. According to JBL, the V-shaped geometry of each annular diaphragm is designed to reduce breakup modes, eliminate time smear and reduce distortion. 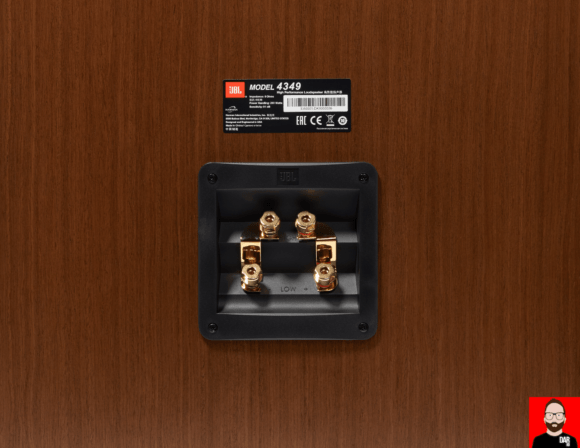 ‘Round back we note two sets of gold-plated binding posts and on the front baffle, a pair of ‘computer optimised’ flared reflex ports plus high-frequency and ultra high-frequency attenuator controls for tailoring the 4349’s sound to the room and/or listener preference. From the press release: “These controls manage an advanced crossover network design that features air-core inductors, cast wire-wound resistors and low-ESR metallized film capacitors in a multi-cap configuration.”

We can expect to see the JBL 4349 go on sale in September for US$7500/£7000 per pair with a choice of Walnut or Black Walnut veneers and blue or black cloth grilles. JBL recommends their JS-120 stands (US$300), a model already used by many L100 Classic owners. 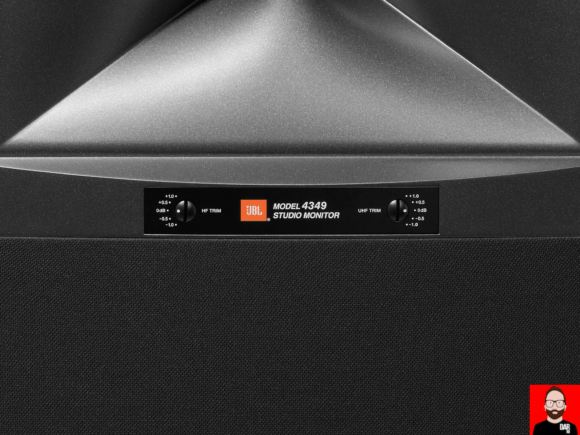