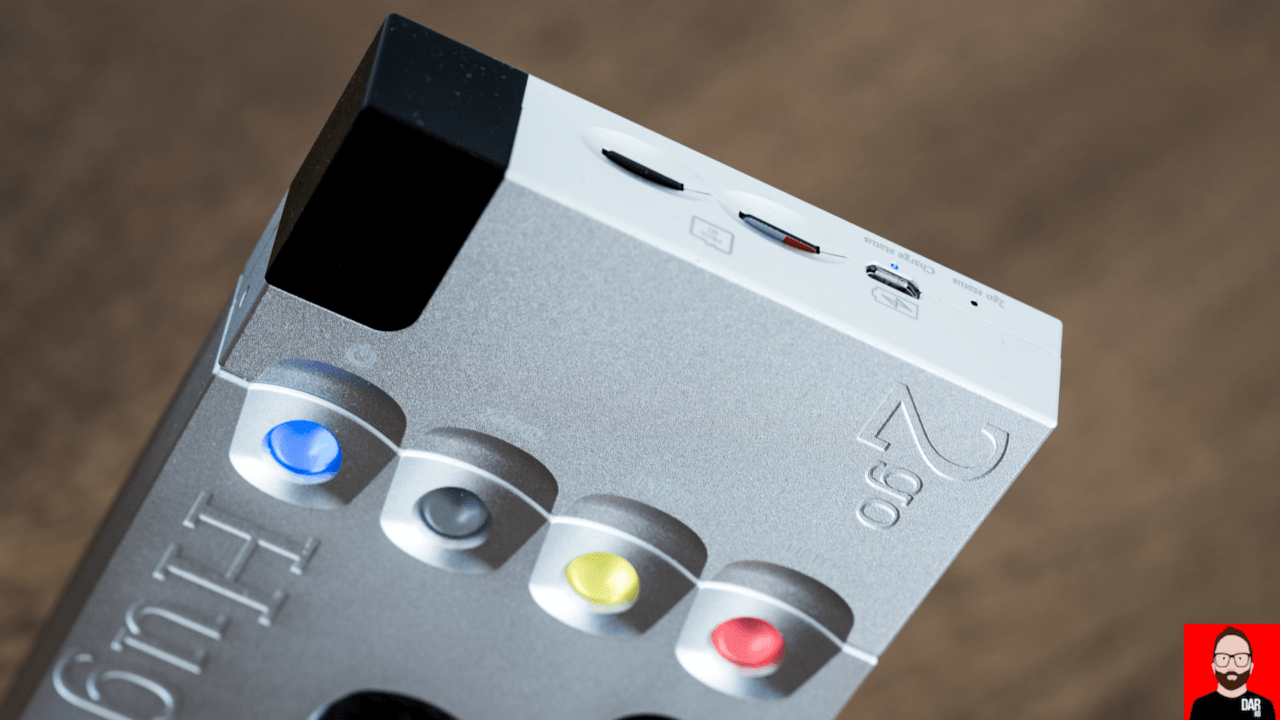 What’s the best network streamer for the Chord Electronics Hugo 2 DAC / headphone amplifier? With the introduction of the 2go, it took Chord themselves to strip away any choice paralysis. The 2go is a bolt-on module that turns the Hugo 2 into a wired/wireless streaming DAC. No USB or coaxial cables required. Battery power means we can forget about mains cables and recharge when required.

The 2go catches UPnP, Apple AirPlay or Roon streams and pushes them the short distance into the Hugo 2 that converts them to analogue using code that runs on a Xilinx FPGA. That spells an immediate win for fans of the shortest possible signal path. The Hugo 2’s twin RCAs can feed a loudspeaker system whilst its 3.5mm and 6.4mm sockets talk to headphones — once we’ve used Chord’s GoFigure app to hook the 2go into our wifi network, we can listen to our music library via headphones when sat on the couch, in the office, in the garden, on the balcony or in the bath! Wherever wifi goes, the 2go/Hugo2 goes too. Catch up via our short film here.

That video was shot with an eye on newcomers who might lose sight of the wood for the trees. The 2go/Hugo2’s broad use case potential must be laid out clearly before we can dive deeper. What follows are ten more thoughts on the 2go/Hugo2 pairing.

1. This latest Chord double act is a more advanced take on the Mojo/Poly, where twin microSD card slots put high-end DAPs on shorter notice. If it’s not clear enough, the Mojo/Poly aces the LG V40 on sound quality – if not convenience – and the 2go/Hugo2 widens that delta. Sonically separating the 2go/Hugo2 from the Mojo/Poly are more abundant transparency and better frequency extension at both ends.

2. However, despite their exceptional talents with layer separation and deep detail retrieval, neither the Mojo nor the Hugo 2 are the meatiest, most muscular sounding DACs you’ll ever hear. I wouldn’t put either in an already lean-sounding system but the Hugo 2’s greater clarity demands extra care: Round these parts, that means JBL L100 Classic before Klipsch Forte III, ELAC UniFi FS before KEF LS50. On headphone listening, it means Campfire Audio Solaris before Andromeda, Final D8000 before Dan Clark Audio Ether2 and Meze Empyrean well before Sennheiser HD800S. As I write these words, I’ve got the 2go/Hugo 2 on the desk next to me driving a pair of US$199 Sennheiser x Drop HD6xx. The latter’s more abundant bloom and (comparatively) muted sense of ambience render it one of finest 2go/Hugo2 matches of ’em all. In a moment, I’ll make a coffee and I won’t need to unplug a thing. I’ll just pick up the 2go/Hugo 2 and the music will play into my head uninterrupted as I head downstairs…

3. Yesterday, I took my coffee out onto the balcony, placed the 2go/Hugo2 on the chair only to watch it fall 40cm to the concrete as I tried to sit down next to it. With the weight of the Hugo2 behind it and hitting the floor first, I expected the damage to the 2go to be worse than it was: a minor ding. This speaks to the Chord brick’s sturdiness. Like the Hugo 2, the 2go’s chassis comprises a pair of CNC machined pieces held together by four screws.

4. Despite having experienced zero issues with the GoFigure app during my time spent assessing the Mojo/Poly, I’ve seen the occasional grumble online about the Chord-coded app. I can’t speak to other people’s technical woes but if they’re giving you pause, know that GoFigure’s code has been overhauled for the 2go/Hugo2. Again, not a single connection issue or crash. And if you’re only using the 2go/Hugo2 around the house, once GoFigure has your wifi and Qobuz/Tidal login credentials, you might never use it again. The vast majority of playback control comes via third-party apps: Roon, UPnP (Glider, mConnect, Bubble UPnP etc.) and audio dispatched via AirPlay on MacOS and iOS.

5. Spotify Connect? Not yet. Chord says it will eventually be added via an over-the-air firmware update.

6. Chord rate the 2go’s battery life at 12 hours. Is that accurate? When the Hugo 2’s battery runs out of go-juice in under seven, does the question even matter?

7. Back in the hi-fi rack, the 2go/Hugo2 fronting a loudspeaker system, battery life is less of an issue. Any battery recharge applied to the 2go is additionally passed onto the Hugo2, which kicks into “Intelligent desktop mode” after 24 hours. See the Hugo 2 manual for details. In this scenario, I discovered that the 2go’s digital feed readily bests an Intel NUC’s USB dispatch on avidity and articulation, the Bluesound Node 2i’s coaxial output splitting the difference. Coming the closest to the 2go on audible digital transport performance is the ALLO DigiOne Player. I’d peg the Raspberry Pi-based streamer as the pragmatic choice for listeners a) on a tighter budget than the 2go and b) using the Hugo 2 as a rack DAC only. Muddying this finding are possible differences between 5V power supplies and digital interconnects. Furthermore, like the Mojo, the Hugo 2’s ‘coaxial’ S/PDIF input is a 3.5mm socket. It, therefore, wants to see a 3.5mm jack. My BNC-to-3.5mm cable comes from AudioQuest.

8. Taking the helicopter view, the 2go’s advantage over every other digital transport available is it sets the Hugo 2 free from the rack (when desired). It permits extensive use-case flexibility. Those pointing to the Hugo 2’s aptX input as a way around hard-wired tethering are reminded that no iPhone offers aptX and any Hugo 2 pairing will fall back to the audibly inferior SBC. Even with the advanced Qualcomm codec in play – in my case sourced from an LG smartphone and a Macbook Pro – sound quality comes up a long way short of the 2go’s lossless, bit-perfect wi-fi feed.

9. The 2go better articulates complex passages than does the Apple Lightning-to-USB adapter hooked into an iPhone.

10. Is the 2go/Hugo worth its substantial price hike over the Mojo/Poly? Any decision between the two is rendered moot once street life agreeability is factored in: Mojo/Poly’s smaller size and year-round pocketability make it the better choice when going for a wander. For strictly at-home use, this question pushes my role as audio commentator against a hard ceiling. Your buying decisions are a matter for you (not me) and your priorities (not mine): any credit card or cash call will depend on your relationship to money. If you make minimum wage and spent six months saving for the Mojo/Poly, foregoing a summer vacation in the process, then moving up to the 2go/Hugo2 might not be high on your agenda. But if you pull six figures, €3500 for both 2go and Hugo 2 might not be such a big deal. Put more bluntly: whilst the Mojo/Poly remains the better value proposition of the two pairings, the 2go/Hugo2 gives us, quite clearly, the better sound and build quality. Advantages that will clear to those prepared to spend the extra money. 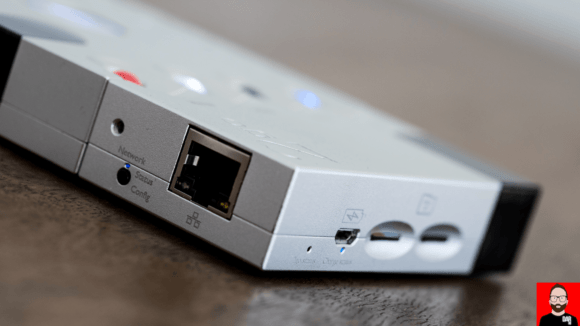 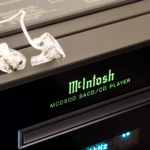 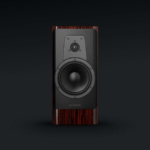