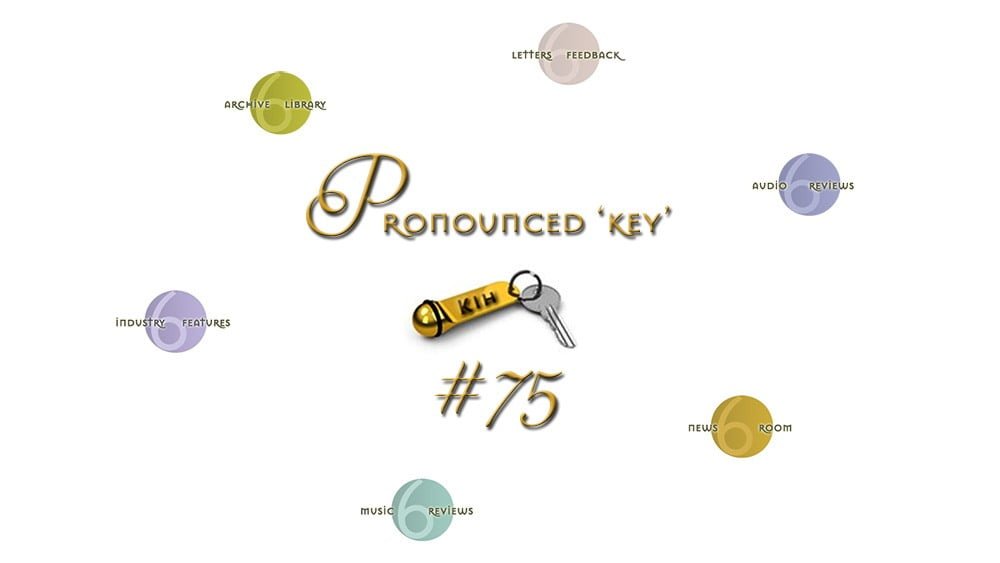 Good riddance. That’ll be John Darko. He hates it.

Rightfully so. “How was your food?” “Delicious!”

“What did you think of those speakers?” “Awesome, dude.”

Throwaway answers of no real meaning are legion. Using them to convey subjective listening impressions with any degree of specificity is impossible. How to express meaning with meaningless words?

Calling a hi-fi “very musical” is like calling your car “very automotive”. A hi-fi plays back music. Of course it’s musical and not agricultural, medicinal or antiseptic.

But wait! Those non-musical qualifiers are precisely why people like the word ‘musical’. They want to suggest that a hi-fi isn’t any of those other things. It doesn’t sound antiseptic, medicinal or agricultural. Though with our weasel word so vague and fluffy, why not use those far more descriptive words to illustrate what a particular sound is not? 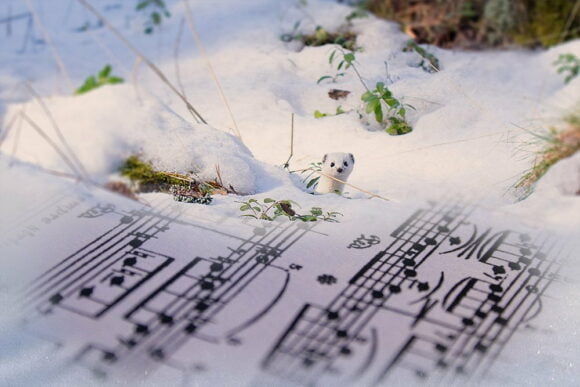 As a teenager then young man, I practiced then formally studied classical clarinet. I participated in national competitions, workshops, festivals, ensembles and orchestras. When a teacher or judge exhorted me to play “more musical”, it was an actual instruction. At its most basic level, it meant playing with more feeling.

But what did that mean? Amongst other things, it meant to play more expressively. It meant taking small liberties and risks, for example in the time domain to escape the purely metronomic. It meant tone modulations to avoid the steady-state. It meant dynamic changes. It meant alternate phrasing. It meant greater inner tension.

What do all those instructions have in common? To be non-constant thus variegated. The richest most burnished timbre gets boring quick if that’s all we hear from beginning to end. Playing everything precisely on the beat becomes a symphony of perfectly sync’d sewing machines. Playing a melody straight through without dynamic gradation flattens its innate arc. It’s like a tree standing ramrod stiff whilst all around the others sway in the breeze.

For all of the player aspects which are under a musician’s command—tone, timing, phrasing, pitch, dynamics, harmonics, punctuations, staccato/legato, vibrato, embellishments—the instruction to play it more musical or with more feeling asks us to exploit those areas of variability. It’s how we play them off against each other for a constantly shifting patchwork. What creates interest are subtle changes like the build-up and release of tension in a harmonic progression, rhythmic counter friction, elastic timekeeping or modulating the pitch/speed intensities of a vibrato.

It includes taking chances. Perhaps a voice goes a bit hoarse on a peak or a reed buzzes. Brilliant. That distortion is expressivity in action.

In short, it’s not about playing it rigid or safe. It’s playing like the tide, riding on a big breath that goes in and out, that expands and contracts, that swirls and changes directions. It’s about being unpredictable and spontaneous. 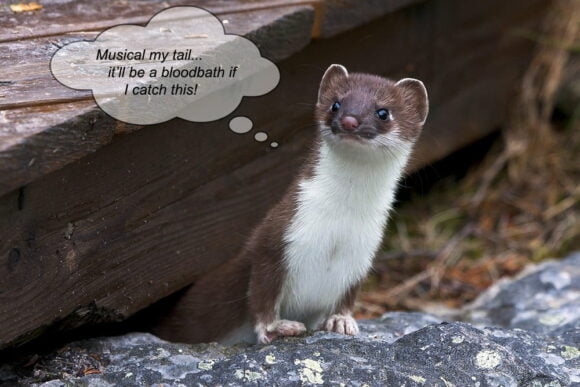 The more a hi-fi follows these expressions of spontaneity and unpredictability, the closer it connects us to our music’s inner weasel. Now we grok that this critter symbolizes fluidity of expression. It’s how we feel that a system isn’t synthetic but sensual, musical not mechanical, that what it serves up was originally created by menschen, not machines. We follow how master musicians exploit the constant ebb and flow of tone modulations, time shifts, dynamic gradations and elastic phrasing. We see how these fluctuations set up patterns between the layers and facets of possible expressions. That creates subtext. That’s the stuff between the notes from which deeper more complex meaning derives.

A ‘musical’ hi-fi is simply sufficiently responsive to track this ever-shifty progression of values. Alas, if it’s not recorded because the musicians weren’t masters but crass barbarians or if chemistry was amiss, the same hi-fi’s musicality will compress. It must. Garbage in, garbage out. Now a natural reaction could be to fatten up a hi-fi’s tone or manipulate other performance aspects. But that can’t be the antidote. Constant fat tone is just as annoyingly amusical as a relentlessy unchanging thin shrill timbre.

The magic is in the microdomain of tiny variations. To not compress those fluctuations over what was recorded requires minimal signal loss and distortion. We want low system noise for high signal- to-noise ratio and best dynamic range. That also needs a low ambient noise floor in our room. We want wide circuit bandwidth to avoid phase shift in the audible spectrum. We want equivalent avoidance of phase shift in our speaker crossovers and drivers. We don’t want energy storage or partial time delays in our circuits, transducers or cables. We may not want coupling capacitors when no capacitor beats even the most exotic capacitor. We want solid mechanical connections and clean contacts for our cables. We want performance stability to minimize or eliminate fluctuations which have nothing to do with the music we play but are due to our hardware reacting to powerline changes or other environmental influences.

One way to see whether we’re getting closer to such an ideal system is that different tracks and albums will sound more different from each other. If everything sounds mostly the same—even if the flavour of this sameness pleases us—we’re not there yet. Another way to tell is that, when fed with musically superior productions of better recording values, our suspension of disbelief will be far greater. Reminders of mechanical means will shrink, our awareness of musical spontaneity and artistic expressivity expand

Now we enjoy a ‘musical’ system. It simply doesn’t follow that when fed with bad (trite, shallow?) music, it will protect us from suffering its badness. The opposite is true. We’ll suffer it more intensely. We’ve become more aware of all the qualitative differences which present themselves as soon as we play superior music. Enjoying a musical hi-fi depends on playing superior music. It’s the same for a sports car. Take it down a pot-holy muddy country trail and you’d be better off with a truck of sufficient ground clearance, deeper suspension and appropriate tyres.

Again, musicality means fluidity as a theme with many variations – being in a non-constant state. As soon as things get static and steady-state, we depart the fully human level and descend into a mechanical world. In the worst case, we’re then serenaded by pre-programmed synthesizers running endless loops of stale sameness. And that would be boring as hell. 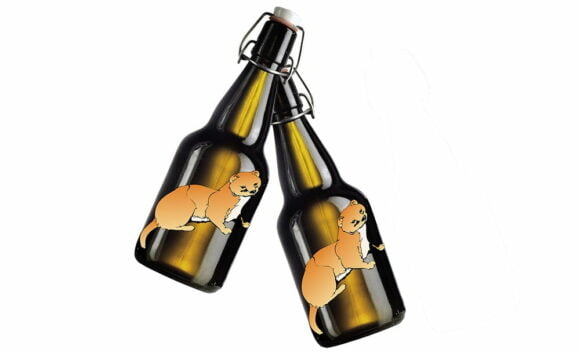 Now shall we pop another bottle of weasel juice? Cheers.

After John’s bottle clinked against mine, he had a question:

” ‘The magic is in the microdomain of tiny variations.’ Indeed. This is the very essence of music derived from pre-programmed synths. Am I reading this correctly: that electronic music fans simply don’t hear ‘musicality’ because of that genre’s inferiority?”

To which I answered:

“Not at all. Synthesizers are still played by people. But if they were purely pre-programmed to rely on no human intervention at all, the only way to get any variability would be by randomizer software. And unlike humans, that software wouldn’t know the most opportune moment to add or change a vibrato, when to time shift, when to slightly delay or advance a note against the beat. It’d be purely random, not deliberate. And that’s the difference. Good musicians do things deliberately, not by accident or chance (though occasionally, accidents and chance do figure). But take a drum machine loop. It repeats and repeats endlessly without any deviation from its program. That’s the very definition of ‘mechanical’, isn’t it?”

“My beef with ‘musicality’ is, as you describe, a lazy word choice when more descriptive (and less slippery) words are readily available. Fluidity is indeed a far superior starting point. Liquidity and tactility are its most agreeable second cousins. A drum machine IS mechanical but for the electronic musician working with a DAW, programming is analogous to playing. There exist deliberate actions on those choices, just not always in real-time. A drum pattern doesn’t have to be randomized to sound more played. Any beat or motif can be programmed to offer greater swing and, for the patient programmer, the illusion of human errors. Further, a drum pattern can be played on a pad and then looped and then have its intrinsic repetition (and timing errors) tweaked bar by bar. How close that illusion comes to reality remains debatable. I think where my brain short-circuited was with this line: “Enjoying a musical hi-fi depends on playing superior music.”

And back to me:

“We both separate between production values and superior performances. Uninspired performances can be well-produced, a brilliant performance poorly mastered. Classical music becomes an easy example for performance differences because we can have 20 or more readings of the very same piece, note for note, by different soloists, ensembles or under different conductors.”

“If a superior musical performance is like good storytelling, we should expect divergent characters, interesting dialogue that’s not obviously been written by one author but which juxtaposes authentically different idioms and syntax, some drama, a bit of poetry and the occasional misdirection in the storyline. In the end it ought to leave us feeling that we’ve been somewhere and now are slightly different for it.” 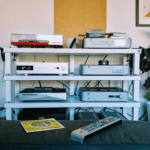 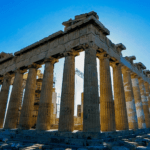