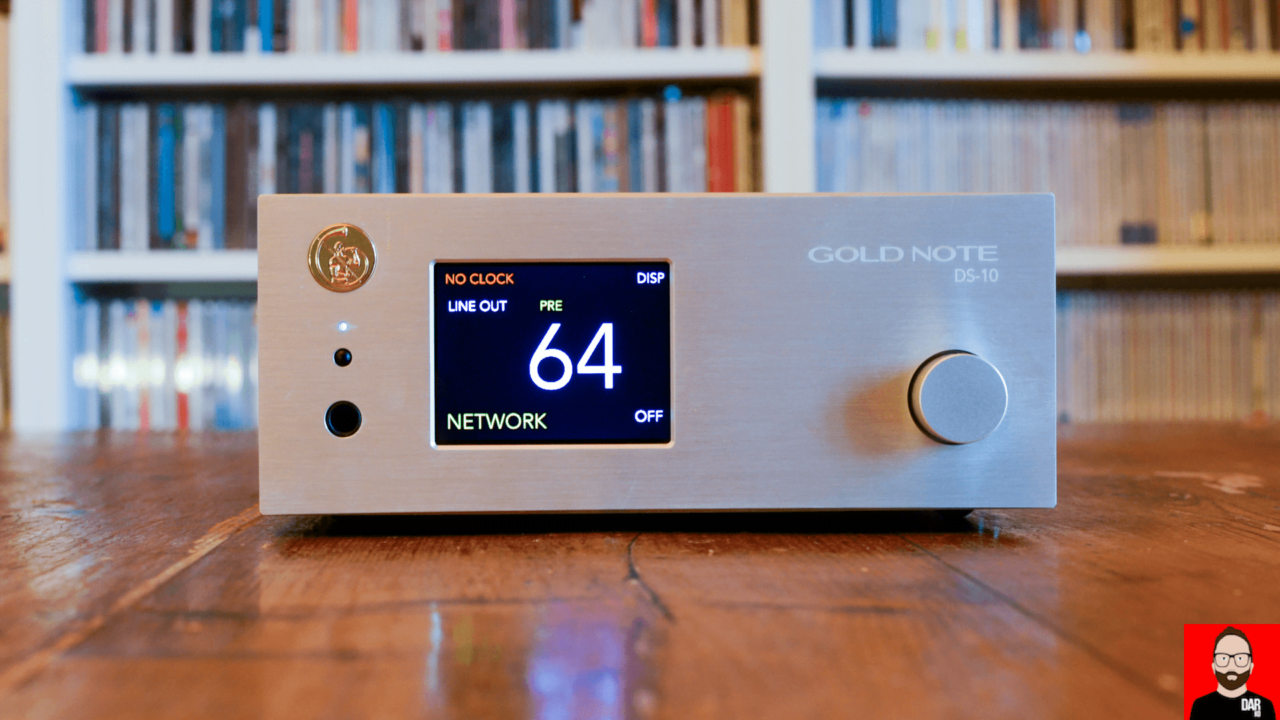 Functionality
The internal streaming board is a customised CDM-2121 from ConversDigital. It connects to wired and wireless networks to first tick off Apple Airplay, Spotify Connect and Roon Readiness, which functions as advertised but, at time of writing, it isn’t yet fully-certified. The associated mConnect control app (iOS, Android) brings in UPnP streaming – from a NAS or a directly connected USB drive – plus Deezer, Qobuz, Tidal and vTuner support. mConnect works well for basic control, less so for large libraries of ripped files. Text-based lists are common, search parameters are limited, metadata display too. 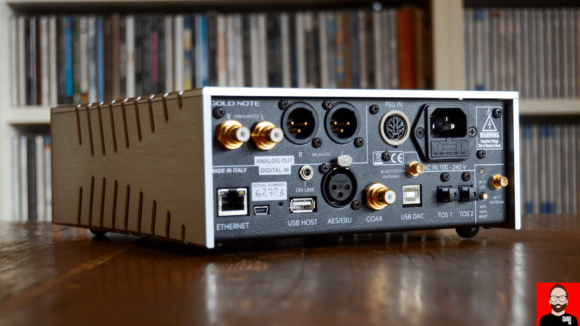 The DAC circuit is built around an AKM AK4493 chip handling up to 32bit/384kHz PCM and DSD512 on the USB-B input (PC) only. PCM 24bit/192kHz is the limit elsewhere, apart from the network and USB-A inputs that handle DSD64. A forthcoming firmware update will let Roon handle DSD. MQA is also supported.

The DS-10’s Chameleon feature is unique – THREE ways in which to season the sound via the fascia controls. Six digital filters aren’t unusual these days but four levels of de-emphasis most certainly are, as is varying the amount of current fed to the DAC (eight settings). Together that’s 192 possible combinations. Heaven for fine-tuners, hell for set and forgetters.

The headphone output can be switched between 1W and 5W to match the sensitivity of the inserted ‘phones. 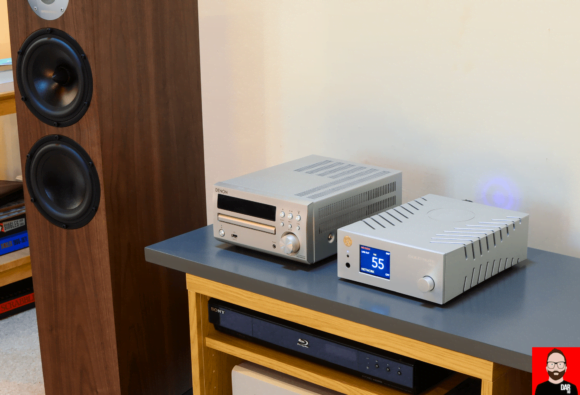 Black, gold or silver finishes are available and everything feels well put together. Design-wise, it’s clearly a Gold Note, the trademark slashed cooling vents along the top and sides adding a touch of style. Those slits are chamfered now – no more sliced fingers.

Hands-on control comes via a small 58x45mm TFT display and a single rotary that handles everything – volume, source selection, fixed/variable output, Chameleon settings and display brightness. It’s a similar setup to the IS-1000 (review here) and keeps the fascia tidy. A decent remote wand duplicates most operations and volume readout is clear across a room (other parameters less so – not a problem most times). Screen brightness settings are 100%, 50%, 25% and OFF.

Once activated inside the mConnect app, gapless playback works as advertised with Tidal, Qobuz, from a NAS storage device and from a USB thumb drive directly inserted into the DS-10’s rear. The Gold Note streamer also plays without gaps when fed via Audirvana in UPNP mode. Ditto Roon. 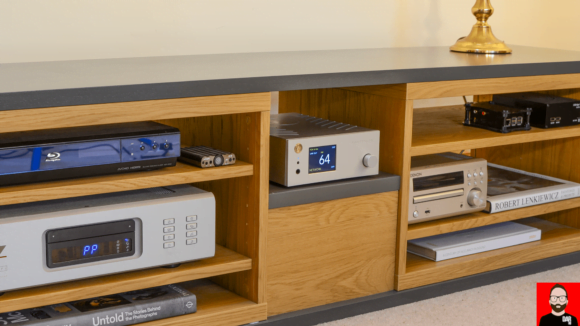 It’s game over, and quickly – the DS-10’s pre-amplifier functionality trounces the Ayre’s. Firmer in the lower registers, there’s more overall heft from the DS-10. The soundstage is also drawn deeper, higher wider and with more overt detail retrieval; the top end positively sparkles compared to sending the DS-10’s fixed output via the Ayre’s own pre-amplifier stage.

Against the Mytek Liberty’s (digital) pre-amp, it’s a similar result, the DS-10 pulling ahead by a noticeable margin. So the DS-10’s can drive a power amplifier nicely and so I used it this way for the remainder of the review period. 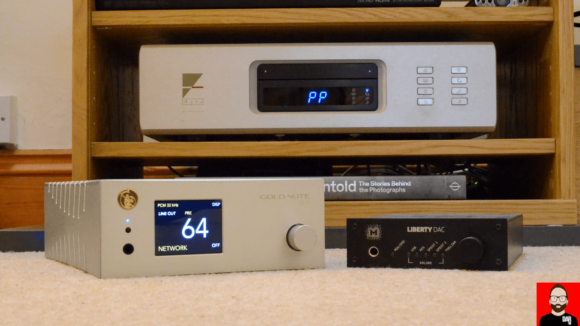 There’s a pleasant precision to the Gold Note’s sound. It doesn’t hide poor recordings (particularly through the Spendors), nor does it slip into cool or detached. Voces8’s ‘Drop Drop Slow Tears’ is captured beautifully, the cathedral acoustic painted magnificently. The bounce of ‘Act Like You Know’ from Fat Larry’s Band is also infectious.

Comparisons
A shift in tonal balance largely separates the DS-10 from the Pro-ject / Mytek / SBooster combo. As if a Quad-style Tilt control is at play, simultaneously increasing treble and cutting bass (or vice versa). The comparison with my reference kit tells us that the DS-10 leans towards a lighter tonal balance that favours detail retrieval above the waist over low-end mass. The Pro-ject / Mytek / SBooster setup sounds richer and weightier.

With Bersarin Quartett’s Methoden und Maschinen, the Pro-ject / Mytek / SBooster delivers more solidity from the pulsing low end on ‘2287’. Some detail is sacrificed though, its expansive soundscape slightly diminished when sat next to the DS-10.

Maybe musicians are also slightly more palpable when heard through my three-box counterpoint. All of these are subtle differences. I switched between the two easily without settling on a preference. 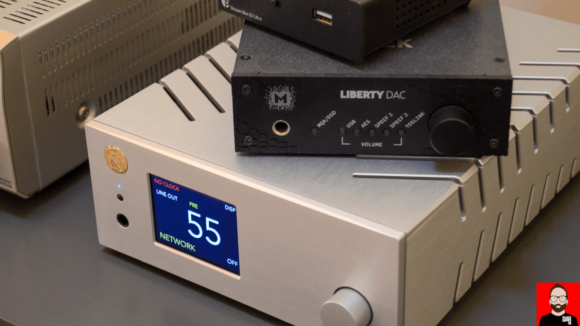 Headphones
Similar tonal differences separate the DS-10’s headphone output from rHead’s, the latter fed from the DS-10 to reduce variables. The Gold Note gives a leaner sound with a tighter low end, useful with the Meze 99 Classics that are already bass ripe.

Overall, I’d give the nod to the Arcam but the DS-10’s headphone output isn’t far behind.

Chameleon
Adding De-emphasis reduces treble presence ever so slightly, useful with the occasional recording with pre-emphasis already applied. The catch: how do we know? Increasing the current to the DAC adds a little life to the sound but the effect is marginal even at level eight. Equally, the various digital filters subtly alter the sound signature but, like make-up, alter the wearer’s appearance but won’t shift their personality.

Get the right combination and things improve slightly – maybe the extra zip from more DAC current is worthwhile. But the differences are marginal, my only-so-much-tinkering self was a little ambivalent. Conversely, Marja & Henk over at 6Moons welcomed Chameleon, so it’s worth trying out. 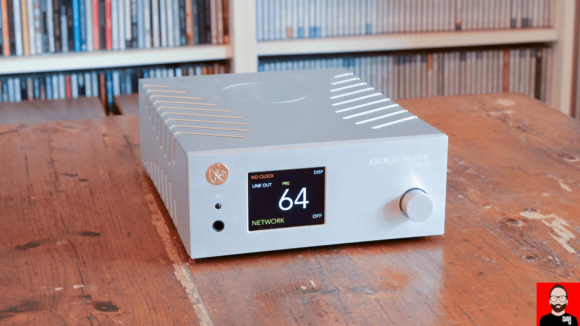 Wrap-up
The DS-10 is a delight from top to bottom, the Chameleon options icing on a top-notch cake. I rarely switch DAC filters but I am not everyone else. To each their own.

Everything else is A*. The DS-10 is small, stylish, well built and sounds good, meeting price expectations. Tonally, it’s different to the Pro-Ject/Mytek/Sbooster stack but that’s an observation, not a comment. The quality of the volume control means it should drive power amps well as it did the Ayre. Individual preferences and partnering kit are variables that reviewers like me cannot pre-empt. What you have here are my findings, not a universal truth.

That said, the DS-10’s sonic signature is typical Gold Note – the lightness of Sauvignon rather than the earthiness of Riesling. A subtle Sauvignon too, more Sancerre than New Zealand Marlborough. I initially hesitated in pairing the DS-10 with the Spendor D7.2: I was concerned about too much clarity and presence. Listening made a liar of those expectations, the DS-10 digging out masses of information for the D7.2 to elegantly handle.

Multifunction units often sacrifice some SQ for the convenience of a single box. Not so the Gold Note, which holds its own in all areas. It’s a veritable cake-and-eat-it device — one for the shortlist. 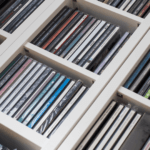 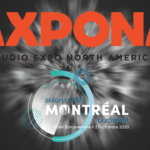