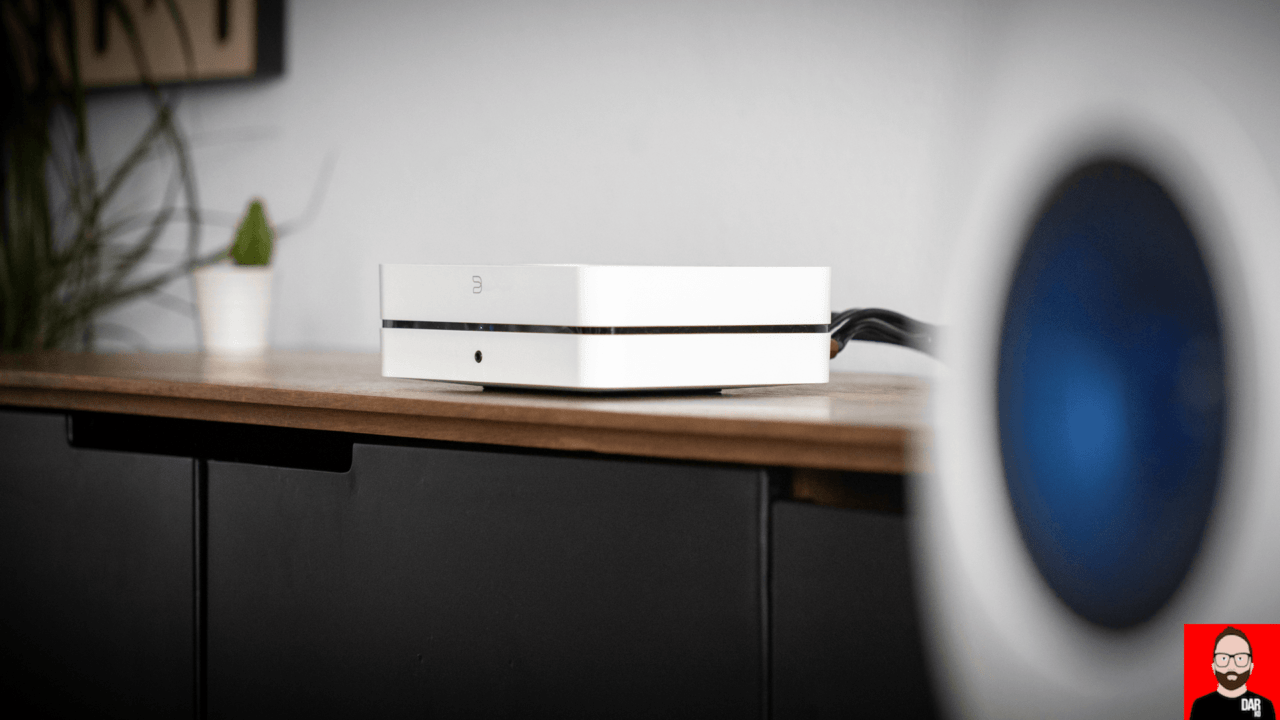 Future-Fi in 2020? If a streaming module isn’t included in an active loudspeaker, we might find it instead in an amplifier powering passive loudspeakers. That hands us a twin-pronged fork with which to skewer the audiophile world of separates laid out in a hi-fi rack with cable salad behind.

Canada’s Bluesound doesn’t manufacturer streaming/active loudspeakers. For passive loudspeaker owners, we look to their Powernode 2i, essentially a Node 2i BluOS streamer with added 60wpc ‘HybridDigital™’ loudspeaker amplification borrowed from sister brand NAD that uses PWM to blur the line between DAC chip and amplifier module. Both Bluesound and NAD (and PSB) are parented by the Lenbrook Group.

More on NAD’s HybridDigital can be read here. Our video review can be watched here:

1. Setting up the Powernode 2i, like the Node 2i, is a 5-minute, Dad-proof procedure: power on and have the BluOS app (Android, iOS, MacOS, Windows) locate it in order to inject our wifi networks credentials. For hard-wired Harrys, there’s Ethernet. I couldn’t pick an audible difference between the two connection modes. Also MIA were wireless connection drops. The Powernode 2i had zero issues in holding onto this user’s Google (Mesh) Wifi router.

2. For those with an ocular aversion to the front panel’s blue LED, the BluOS allows us to lower its intensity or nix it completely.

3. Gapless playback can be a bit of a lottery with UPnP. And UPnP provides the backbone for BluOS’s non-Roon LAN streaming. To my pleasant surprise, FLAC files streamed 1) from a directly inserted USB stick and 2) from a Windows NUC running Minim were rendered by the BluOS and Powernode 2i two-fer without gaps artificially inserted between tracks.

4. I used a pair of passive LS50 with the Powernode 2i, which begs the question: is this pairing superior in sound quality to the LS50 Wireless? The active KEFs play it wider, deeper and offer greater dynamic thrust. However, the Powernode 2i’s talents with upper-frequency delicacy and finesse cannot be ignored.

5. These findings are moot for almost every other price-appropriate passive loudspeaker. If I were shopping for a different passive loudspeaker to pair with the Powernode 2i, I’d be looking at the ELAC Debut Reference, the DALI Oberon 1 or the B&W 606.

6. What about a Node 2i for the LS50 W? Is a TOSLINK connection between the two advisable. For standalone usage, possible not. The KEFs already offer AirPlay, Bluetooth, Spotify Connect and Roon compatibility. In Roon parlance, the KEFs are Roon Tested, which means they can’t be grouped with other Roon Ready devices like the Node 2i for synchronised multi-room playback.

7. Two days after wrapping filming on the Powernode 2i, a 2019 Darko.Audio news article reminded me of the Marantz PM7000N: a full-width streaming amplifier with network streaming fronting 60wpc of loudspeaker drive. Just add loudspeakers. At €999, it’d be the Powernode 2i’s closest rival. I’ve yet to hear one but it has none of the Powernode 2i’s visual discretion and, with no Roon Ready code on board, relies wholly on Apple Airplay for Roon connections. Otherwise, the HEOS streaming platform will deliver Tidal but not Qobuz — a reminder that a software suite’s shortcomings can take the shine off even the most high-performing hardware. DTS’ PlayFi still pulls audio from the smartphone (a la AirPlay) and Spotify on Chromecast devices runs at a lower bitrate (256kbps) than Spotify Connect (320kbps).

8. How does the Powernode 2i compare to NAD’s M10 that puts BluOS streaming on top of nCore ‘HybridDigital™’ loudspeaker amplification? The M10 has more power on tap (100wpc) than the Bluesound, a large touchscreen and Dirac Live room correction. The M10 doesn’t gives us a headphone socket. Those are the fundamental functional differences. On any sonic delta, I’ve no idea. I no longer have the M10 to hand and aural memory is wholly unreliable for tracing differences of such small magnitude.

9. How does the Powernode 2i compare to the Naim Uniti Atom or Hegel’s H190? In short, the Bluesound isn’t as punchy or as tonally rich as either of its more costly rivals. The Hegel isn’t yet Roon Ready but the Naim is. The latter also gives us one of the world’s most ergonomic volume wheels and, for Soundcloud surfers, Chromecast Built-in.

10. Google Chromecast’s importance in the Music-First Audiophile sphere shouldn’t be underestimated. It puts Soundcloud, Mixcloud and YouTube Music into the big rig without falling back to the smartphone for bitstream supply. Chromecast-enabled devices talk straight to the cloud with the smartphone relegated to remote control duties, just like Spotify Connect, Roon and BluOS.

Lenbrook hasn’t yet given us BluOS and Chromecast Built-in in one device. To access the latter, we must forsake the former. NAD’s C338 (€549) integrated puts Chromecast streaming, 50wpc of ‘HybridDigital™’ amplification into a full-width low-profile box but adds an MM phono stage and a dedicated headphone amplifier for almost half of the Powernode 2i’s asking.

10. If Kallax-Fi remains high on your priority list, NAD’s AMP1 says hello for around €499: an ESS DAC driving a 40wpc Class D amplifier, all fronted by Chromecast Built-in and an MM phono stage. The catch? It isn’t available in the UK or the US, only Denmark, Norway, Sweden, The Netherlands, Belgium and Germany. 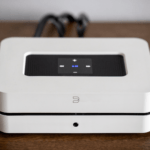