What’s the most frequently used piece of hardware in your listening room? Answer: the chair in which you sit. Our physical comfort is fundamental to the enjoyment of music. Some of us sit on couches that can accommodate more than one listener. Others are more sweet-spot focussed, preferring a single chair placed dead centre. Behind headphones, either will suffice.

Me? I prefer a couch for loudspeaker listening – because it’s more sociable – but a single chair for headphones – because personal audio is, by definition, a solitary pursuit.

The Eames Lounge Chair and Ottoman has permeated the audiophile world to the point of cliché. If you’ve already dropped €100,000 on an über high-end hi-fi system, chances are you have the €7000 required for a new production original. For the rest of us, lesser quality Eames replicas can be had for around €1000.

For those operating on even tighter budgets, IKEA’s new ÄLEBY swivel chair promises to furnish us with a more affordable option. With its all-steel base, this understated two-tone grey design puts a decent 29kg on the scales and will happily accommodate anyone weighing over three times as much.

According to its assembly guide, the ÄLEBY can be put together in less than 10 minutes and its rearward rocker resistance mechanism is fully adjustable. The backrest extends only to the lower neck — we can’t properly rest our head but neither do we get a headrest’s audible reflections when listening to loudspeakers.

At time of writing, the ÄLEBY is available from IKEA Germany for €299 (with optional €79 footstool) and IKEA in The Netherlands for €249. It’s even available from IKEA Switzerland, IKEA Taiwan, IKEA China and IKEA Korea (in a pink variant!), which makes its omission from IKEA’s US and UK websites all the more puzzling. 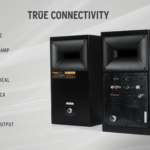 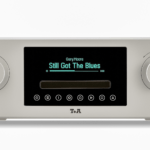