End of year awards. They’re more than a little bit silly for the majority of audiophile publications and hi-fi mags. In some cases, they’re a bit of chest-beating designed to re-assert relevance. The best, like Srajan Ebaen’s 6moons summary, don’t try too hard to make a splash. It’s what goes on between the end of year ceremonies that lends awards their import: the hard work of reviewing hi-fi gear, week-in, week-out.

Besides, ‘DAC of the Year’ is a proclamation that implies summary judgements of (almost) all DACs – or all in a certain class – and ignores the constraints imposed by reality. Only a reviewer – or group of reviewers – specialising in a single category and surveying the entire scene could do ‘DAC of the Year’ proper justice.

For the day-to-day, most of our kind split review assignments between a broad range of product categories: amplifiers, loudspeakers, headphones, IEMs, turntables, cartridges, network streamers, servers, phono stages, CD players, power supplies, racks, isolation, power filters/regenerators and cables. Many of us are slaves to our own personal interests — the human element that permits the discovery of hitherto undiscovered gems. Even optimistically assuming fifty or so reviews per year from a single commentator, hi-fi’s numerous sub-categories cut any hope of a helicopter view of a single category down – quite literally – to size. How could one writer reliably assert ‘DAC of the Year’ when all they’ve heard that year is two or three DACs? Ditto amps, speakers, headphones etc.

In acknowledging the shortcomings of ‘Product of the Year’ awards, I turn to personal favourites from the past 12 months. 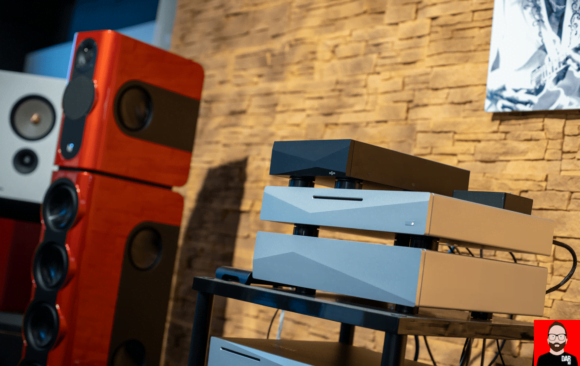 A Berlin dealer event saw me go listen to the Innuos Phoenix (€2499) in November. The USB re-clocker brought more ease and a hint of softness to the already very decent-sounding ZEN MK3 but it was the Innuos Statement twofer, also playing into the Kii Three + BXT, that would bring me to tears as it played Marianne Faithfull, Nick Cave and Warren Ellis. The listening experience of the year? You bet. 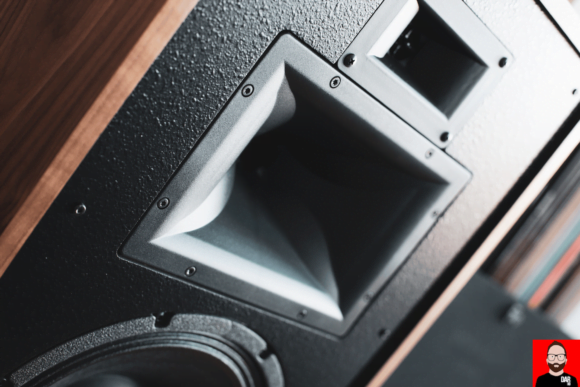 2019 was also the year that I reviewed not one but two pairs of Klipsch loudspeakers. I bought the Forte III (€4000) without ever having heard ’em play a note but it wasn’t entirely blind. Three months earlier, the €500 RP-600M had wowed me with a dynamic thrill ride that you just don’t get from other two-way standmounts at their price point. Klipsch’s horn-loaded drivers whose higher efficiency brings with it broader amplifier agreeability cemented their standing as a must audition for anyone with modern music tastes (like my own). This was the surprise of the year.

Klipsch also reminded me that I’m into audio as a pleasure seeker, less so a truth seeker. To whit, Campfire Audio’s Andromeda IEM (US$1099) bring me closer to the music as it was (probably) recorded but I just don’t enjoy them as much Campfire’s Polaris II IEM (US$499), which trade in a great deal of the Andromeda’s transparency and top-end finesse for tub-thumping bass and a warmer tonal balance. 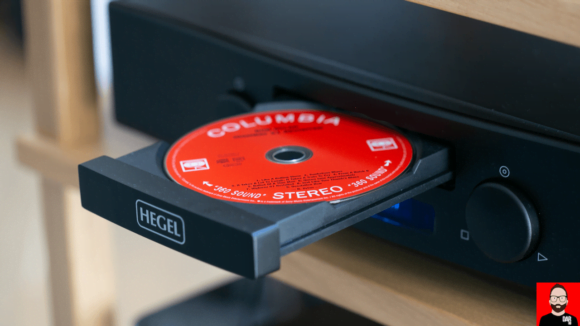 No product affected my music media consumption this year as much as Hegel’s Mohican CD player (€3495). Alongside CD players from PS Audio and Pro-Ject, the Mohican confirmed what I’d long since suspected: that disc spinners often (but not always) sound better than a network streamer selling for similar coin. Of course, one has to factor in the cost of the physical media and find places to properly store it. For yours truly, that meant several thousand Euros dropped on CDs, bought at a furious pace in February and March. CDs now dress the entire rear wall of my listening/lounge room.

Back to DAC of the year? The dCS Bartók (£11,999) – DAC and headphone amplifier – was the best sounding product I’d heard at home this year. It was also the most expensive. The British company’s sideways slide into head-fi should not go unnoticed: the Bartók successfully pitches into Chord DAVE territory but adds network streamer. At the other end of the price spectrum, AudioQuest’s DragonFly Cobalt (US$299) advanced what was possible from a transportable USB DAC — one that talks to PCs, Macs and smartphones – but in the wake of the Red and the Black, this was an evolution, not a revolution. 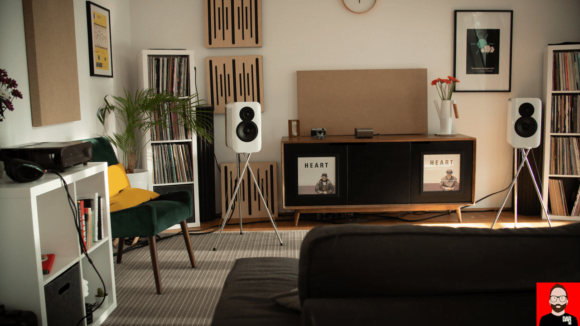 For revolution, we might look to the Q Acoustics Concept 300. A seriously detailed and elegant-sounding standmount loudspeaker whose Tensegrity stand saw form quite beautifully follow function. Were Jony Ive to design a loudspeaker stand, it might look something like Q Acoustics’ tripod where springs isolate the speaker from the stand’s top plate and cable tension holds the three stainless steel legs in place such that they never meet. A terrific example of audio science intersecting squarely with art. 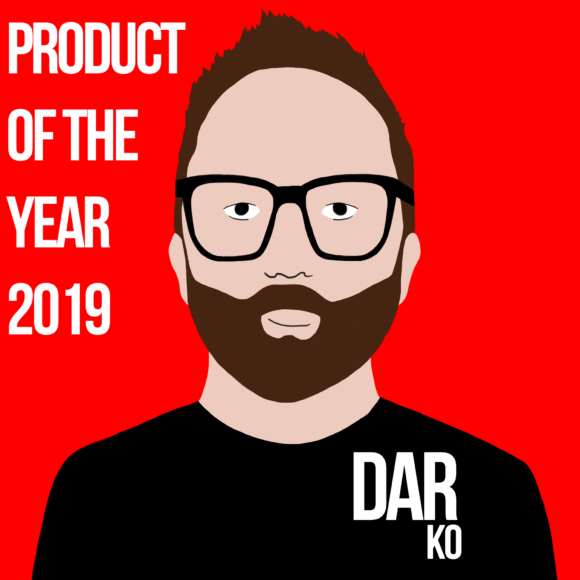 And it was this notion of art intersecting with science that focussed my lens for ‘Product of the Year 2019’. Any winner would have already enjoyed Darko.Audio home review – audio show listening is far too flimsy – but to award only an active loudspeaker would be to ignore how smart/super-integrated amplifiers are taking passive loudspeaker systems in fresh directions. That meant, like last year, I’d be awarding two Products of the Year for 2019.

First up, a pair of loudspeakers that advance the art of product design, deftly combining two seemingly disparate approaches to crossover activation and network streaming insertion. 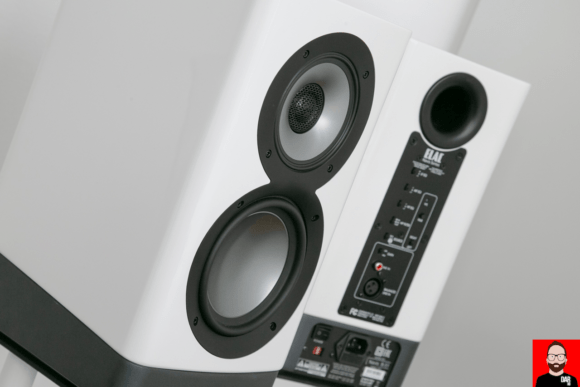 For his first ELAC active, loudspeaker designer Andrew Jones could have created an all-streaming take, like KEF’s LS50W, where all inputs arrive as digital (or are digitised) to pass through a digital signal processor for room/position compensation and driver crossover. But Jones also recognised that many audiophiles (i.e. would-be customers) baulked at DSP; they would need to maintain their passive system’s analogue ‘purity’ if they were to make the jump to active.

For the Navis ARB-51 (review here), Jones took the Uni-Fi Series’ driver topology, improved the driver spec and stitched them together with an all-analogue crossover. The signal would be split between the tweeter’s Class A/B amplifier, the coaxially-aligned midrange driver’s BASH amplifier and the bass driver’s BASH amplifier. The Navis’ single-ended and balanced inputs would talk to an upstream pre-amplifier but flip a rear-panel switch and the Navis’ streaming board would come alive to parse incoming AirX² wireless data sent from the optional outboard Discovery Connect DS-C101W-G (US$399), and onto internal D/A conversion that would talk to the same all-analogue active crossover. 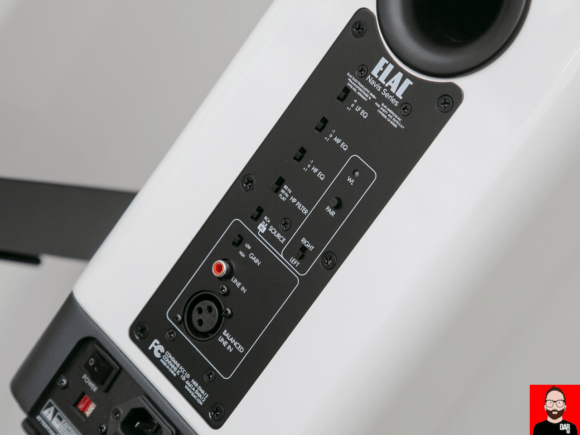 The Navis ARB-51 (and the floorstanding ARF-51) straddle audiophiles worlds old and new: notions of all-analogue purity and future-fi streaming. The latter gives us the most direct route to Roon, Spotify and AirPlay accessibility but with the Navis’ network streaming board powered down and hard-wired from the rear, the active ELAC’s audible performance could sidestep any glass ceiling applied by its internal DACs. Andrew Jones’ ELAC active would clearly resolve the differences between two more luxurious streaming front ends: Mytek’s Brooklyn Bridge and PS Audio’s DirectStream. The Navis is an active loudspeaker for streaming pragmatists and analogue-or-die idealists.

Our second ‘Product of the Year 2019’ is an integrated amplifier (and then some) that takes a bold step with the user control surfaces. Circuit design might be 99% science but NAD shows us how progressive product design – form and function that talks to a different audience – is an art. 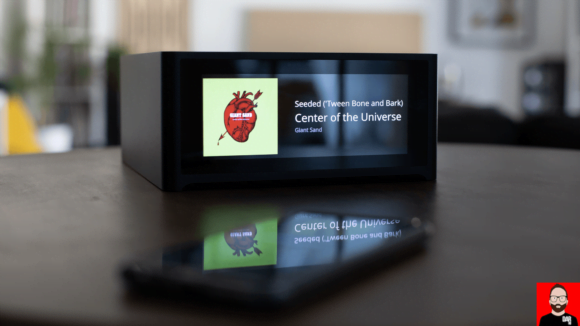 Talking to Lenbrook’s Director of Technology and Product Planning, Greg Stidsen, at Munich High-End I learnt that NAD had taken its more traditional Class A/B amplifier designs as far as they could go. All attention would now be on optimising Class D that brings along with it lower power consumption and a smaller footprint. And so far has the sound of Class D amplifiers progressed in the last ten years that it’s now a cliche to even say so. Not all Class A/B amplifiers sound better than all Class D amplifiers. To think otherwise is to cling to the dogma of yesteryear.

And NAD going all-in on Class D gave us the M10 (review here): a high/er-end Bluesound Powernode that put 100wpc of Class D amplification inside a Kallax-friendly enclosure where it would be fed by a Bluesound streaming module that doubled as pre-amplifier. The shock for old-schoolers would be the total absence of physical buttons. No knobs or switches adorned the front panel. In their place, a TFT touchscreen that would augment BluOS’ smartphone apps for playback control and device management. One clean-looking box. Just add loudspeakers.

That same screen delivers cover art, track info and VU meter display when not being used to navigate the unit’s elegantly styled menu system. Here was hi-fi for the modern wo/man who cared more for visual elegance and simplicity than the mix n’ match merry-go-round. The M10’s only wires are its mains cable, loudspeaker cable and (optional) Ethernet. No hi-fi rack required.

The M10’s ace in the hole was Dirac Live integration that, with the aid of a supplied microphone, would adjust its output to compensate for the host’s room EQ up to 500Hz. After all, it’s in the lower frequencies that most room issues occur. For those who liked what they heard, an extra US$99 dropped on the Full Frequency Dirac Live would give them exactly that: 20Hz – 20kHz room correction.

The M10 is Future-Fi wrapped with a bow: smart industrial design that talks to the more forward-thinking audiophile. A pragmatist who wants good sound without the physical intrusion of separates but with 21st-Century touchscreen/smartphone smarts. 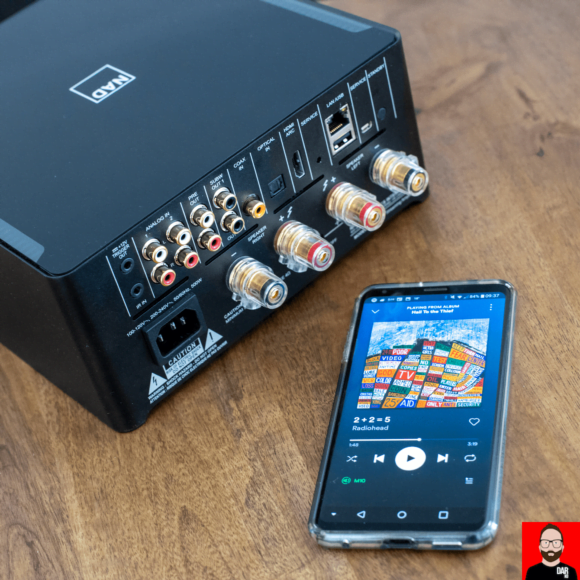