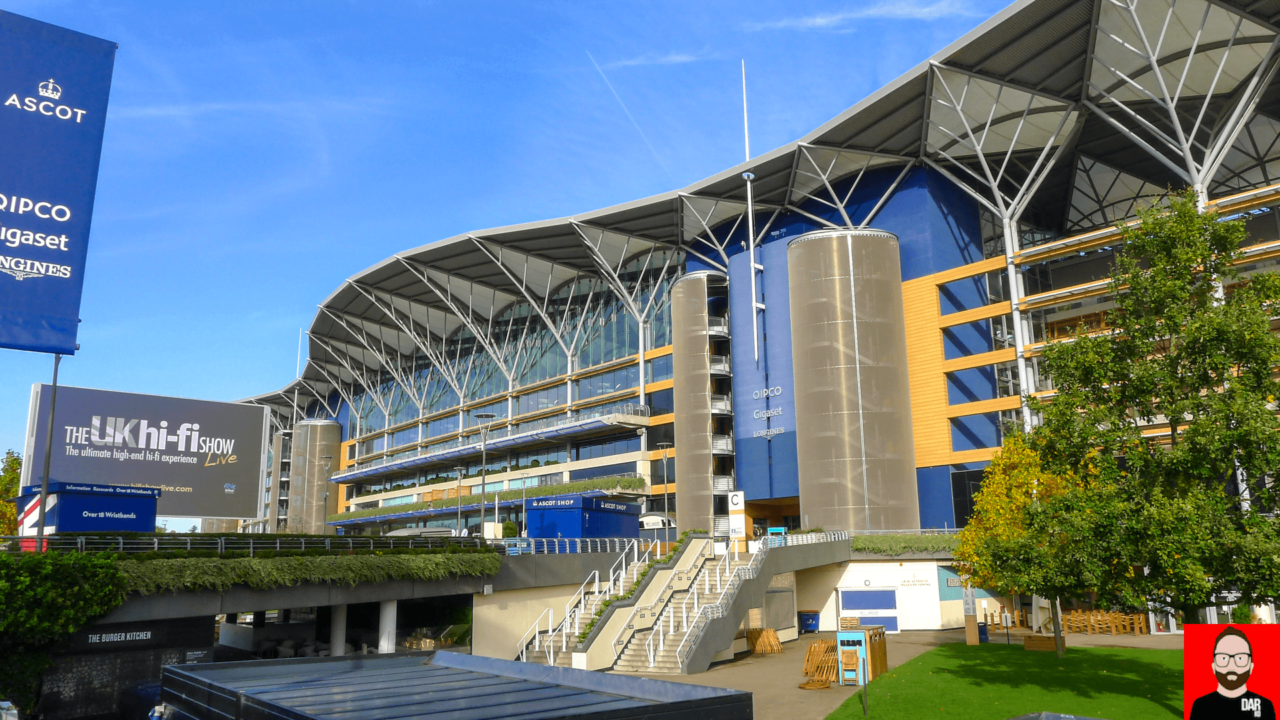 The 2019 UK HiFi Show Live. The same ingredients but a new venue: the Grandstand at Ascot Racecourse, which gave it a really different feel, the imposing architecture generating a real sense of occasion. Tasteful grandeur, a statement without bragging. It boded well.

A 60,000 person capacity means there’s ample room for growth, organiser Paul Miller (AVTech Media – Stereophile, HiFi News etc) aiming to develop a show that puts the UK back on the global map. It was a good first step with rooms that sounded good, corridors with room to breathe. The exhibitors that I spoke to were universally positive in their praise. With over 160 companies represented, including some not often seen at UK shows, there was a good deal of ground to cover. 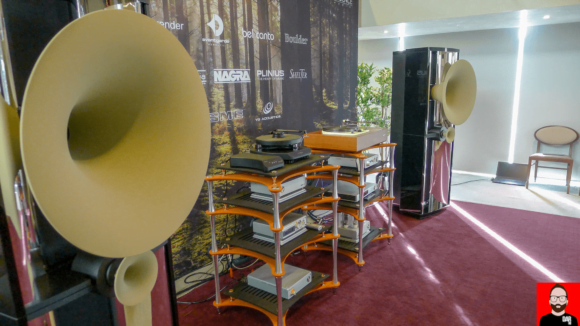 Avantgarde
Avantgarde showcased their £80k Duo Primo speaker in a ballroom-sized space. Recent experience with horns (Klipsch Forte) left me wanting more and the Duo Primo has been on my must-hear list for ages.

Driven by Nagra electronics with Garrard, SME and Aurender front ends, the speakers filled the hall with ease. Yet Armin Krauss of Avantgarde said they’re equally comfortable in smaller rooms – see their website for real examples. How so? The horns radiate over a 60-degree area, so even firing out directly from a corner works well (no side reflections). And sophisticated DSP tailors the bass to the room – at Ascot 60Hz and 120Hz anomalies were dialled out.

Semi-active, each speaker sees 1kW of amplification handling the bass drivers. Crossover frequency depends on the size of the horn – the Duo Primo hands over at 170Hz, the bigger Trio at 100Hz and the smaller Uno at 300Hz. All are highly sensitive – in the Duo’s case 108dB – although an 18Ω nominal impedance means flea-watt valve amps aren’t the de-facto choice. Avantgarde’s own solid-state monoblocks offer 300W into 8Ω but 135W into 18Ω.

The Duo Primo sounded lovely with the usual caveats of an unfamiliar system and an unfamiliar room applying. Note that this loudspeaker is a special order in some territories. 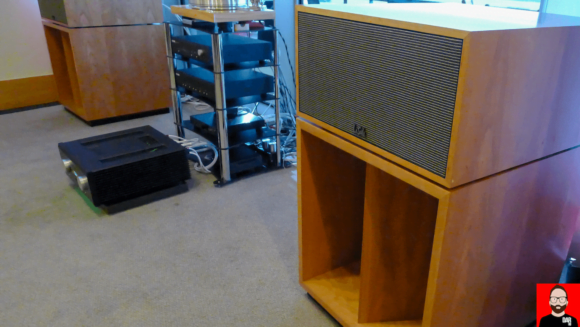 Boy, is it a looker and surprisingly (slightly) larger than the slightly unwieldy Cornwall (one up from the Forte III). La Scala has a 2ft square footprint, stands 40” tall and weighs 91kg, yet manages to look smaller. Aided by the bi-fold bass that adds visual interest, the two boxes per channel format breaks up the bulk. The overall effect is stunning.

On audible performance, they don’t go as low as the Forte, Cornwall, or Klipschorn, so deep bass fans may say no. A shame – they’d be missing out on a considerably more refined version of the Klipsch Heritage sound – vivid, lifelike and startling dynamics. At Ascot, they were driven by a Musical Fidelity Nu-Vista 800 and Pro-ject Signature turntable. Vocals on a Lyn Stanley cut were difficult to judge at first, the lady to my left talking over the music. Normally annoying but then I realised it was Lyn Stanley herself, fresh from performing at the show. How’s that for lifelike?! 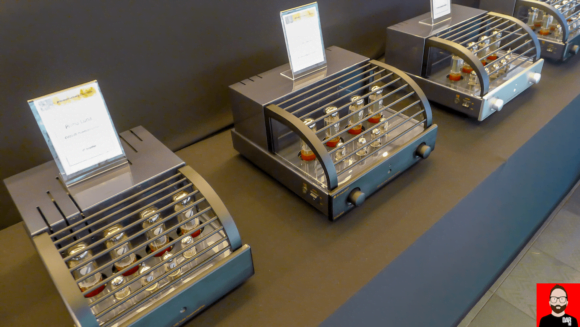 PrimaLuna
Experience says the Klipsch prefer valves, so next stop was PrimaLuna’s recently refreshed amplifier and CD player range. Exclusively tube-driven – the DAC even has a valve clock – they don’t have a typical valve sound though. Highs go high, lows deep and tight, the typical valve softness at the frequency extremes isn’t on the agenda. Distributor Absolute Sounds has other brands if you want euphony.

Large output transformers mean they’re not only for super efficient loudspeakers. The new range aims to further refine the sound, albeit with a character broadly in line with previous models. Under-the-hood improvements also aim to extend tube life and to make the product more robust etc. Commendable given PrimaLuna’s already established reputation for build quality.

A static display meant listening wasn’t possible. Discussions are underway for a review though. 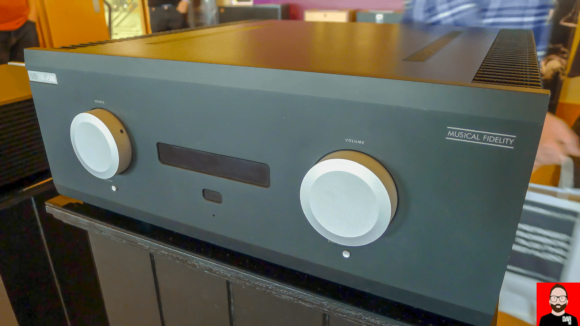 Musical Fidelity
Moving to solid state, Musical Fidelity’s M8xi integrated is new and begins shipping in December. Baby of Simon Quarry, MF’s long-standing designer, the £5-5.5k (tbc) M8xi aims to deliver most of the M8 separates’ sound in a single one box. In typical MF fashion, its 2 x 550W output could out-Haka the All Blacks, but it’s really all about headroom – it isn’t working hard most of the time.

Heinz Lichtenegger of Pro-ject fame bought Musical Fidelity last year. First fruit was the M2 amplifier. The M8xi had a longer gestation period and will head the company’s solid-state integrateds. Dual-mono in design, it boasts 2 x XLR & 4 x RCA inputs plus 1 x XLR & 2 x RCA outputs. On digital inputs, we get USB, 2 x optical and 2 x coax. Coax and optical outputs also present. The digital side is described as a convenience feature by UK distributor Henley Audio – good, but digital aficionados may want to use an external DAC. That’s what I call straight talking. Commendable. So the M8xi will largely stand or fall on its amplifier performance – again, discussions about a review are underway.

Oh — and watch out for further high-end developments from Musical Fidelity in 2020. They’re a comin’. 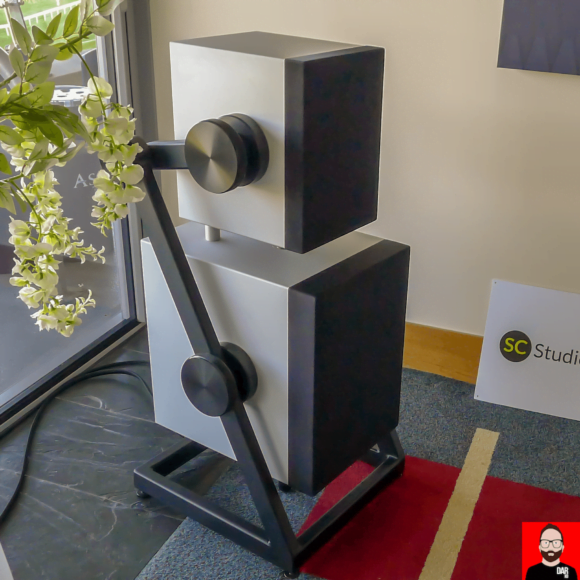 Goldmund
Active wireless speakers are core territory for Darko Audio, so say hello to Goldmund’s active & wireless Prana, at £70k the smallest member of the family. I’d only seen them on pat before, my immediate reaction one of ‘how whacky’. Their price also hinted at billionaire-fodder (the badge on the rear is gold plated by the firm that handles Rolex and Patek watches)

Wrong on both counts. In the flesh, they look fabulous. Small for a high-end floorstander, their looks are the antithesis of what we might call ‘traditional’ but work beautifully. It’s easy to see why New York’s Museum of Modern Art displayed Goldmund speakers a while back.

The sound is also special, making light of a small room and glass wall behind the speakers, throwing possibly the most believable acoustic at the show: a live Melody Gardot track had me imagining her facial expressions as she bantered with the band and audience. It was that good. Audible prowess likely fell to Goldmund’s focus on driver time-alignment and vibration suppression. The former comes via the Prana’s internal DSP, the latter the result of the various different metals used for cabinet construction and the mechanical grounding spike running through the speaker. Conventional they are not.

Being active, 600W of amplification is built-in. Inputs are S/PDIF or wireless, the latter requiring a special dongle plugged into a laptop. Both were demonstrated, both were excellent. 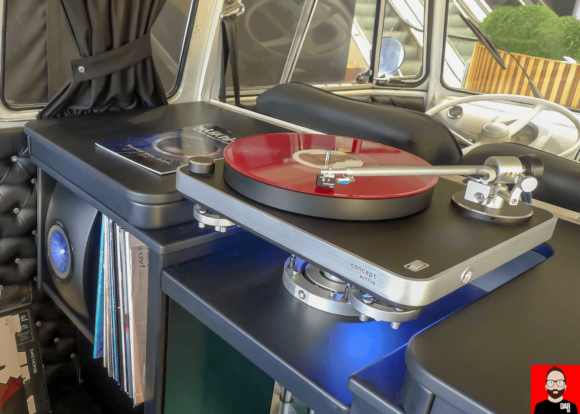 Then plumb the whole shebang into a VW campervan for a large dollop of surreal. A gimbal with its origins in Clearaudio’s £130k Statement turntable ensures good isolation from the van. Robert Suchy, Clearaudio CEO, rocked the VW – literally – to prove it. The bespoke cabinetry incorporates a transmission line to boost the LS50W’s bass output. Twin batteries ensure 48hrs of off-grid power. Just add red vinyl to complete the look. A stroke of marketing genius for grins all round. Want one.

Summing up
I’ve covered but a fraction of what was on offer. Time (and attendance numbers) will determine the first Ascot’s success. Paul Miller was keen to stress that this was the first step. The spread-out nature of the venue gave it a more relaxed feel, a welcome change from the hustle and bustle of other shows. And the exhibitors I spoke to appeared to like it. I’ll be back next year for sure. 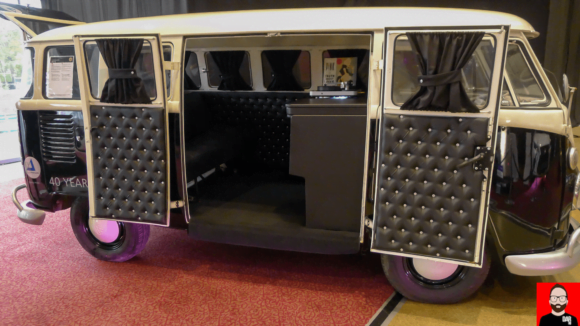 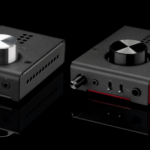 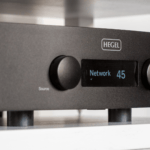