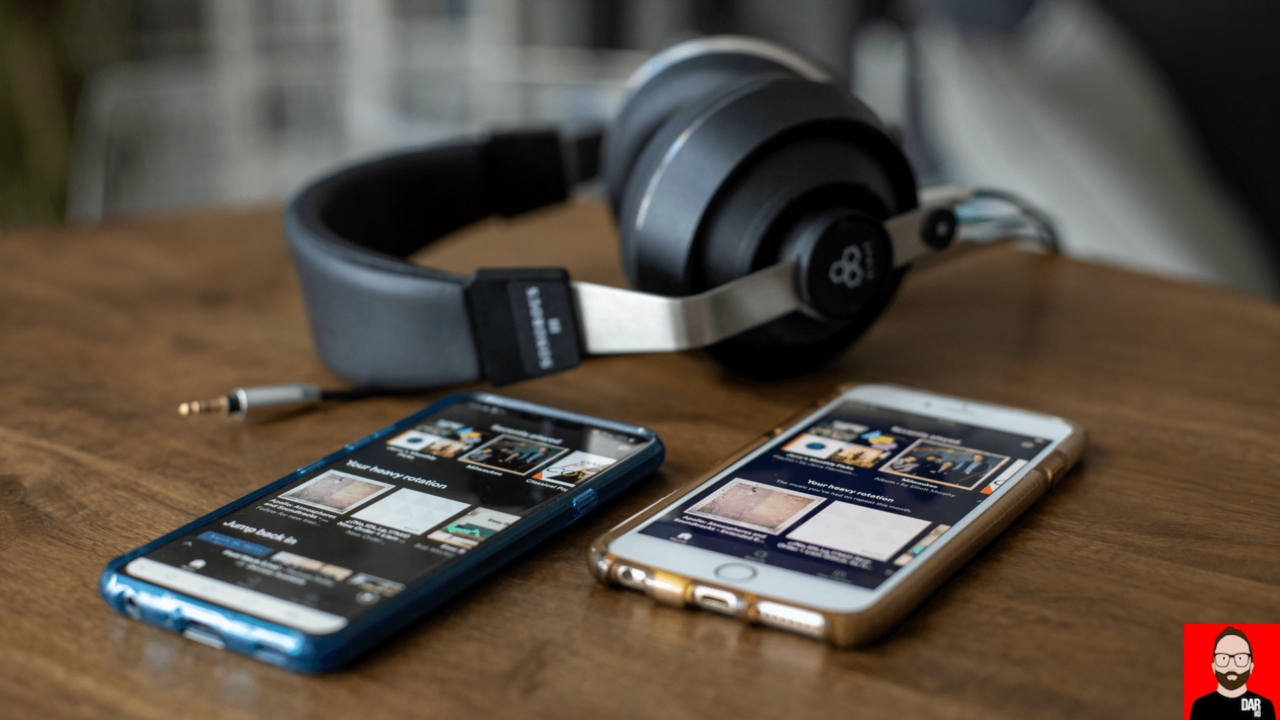 Google vs. Apple? Android vs. iPhone? Fuel for a thousand flame wars but for the hi-fi manufacturer with money on the line, target market preferences are invaluable intel: for the network streaming company developing a remote control app; for the Bluetooth headphone company wanting to know which advanced codecs to prioritise; for the audio company contemplating a step into Apple’s MFI partner program; for the USB DAC manufacturer looking to bring smartphone compatibility to its portable device.

Macworld UK’s 2019 figures give Android a 3:1 advantage over Apple. Roughly 74% of smartphone owners worldwide have an Android device, 23% an iPhone and 3% ‘other’.

Do the audiophile community’s smartphone preferences fall along similar lines? Let’s find out. Time for a Darko.Audio straw poll.

We’ll start with this site’s YouTube channel whose subscriber base gently funnels us into hifi enthusiast territory whilst keeping one foot firmly planted in the mainstream. Here we see Android dominating but not to the extent of the global trend: 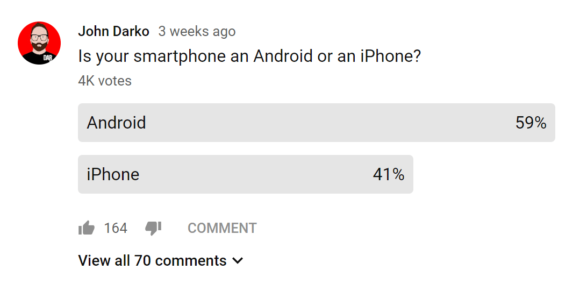 Taking the same question to Twitter, our sample size shrinks by 95% and drops YouTube’s mainstream bleed. Here we see a swing to the iPhone:

Our Facebook sample size is double that of Twitter and also firmly planted in the audiophile echo chamber. Again, the iPhone nudges out Android devices to buck the global trend. 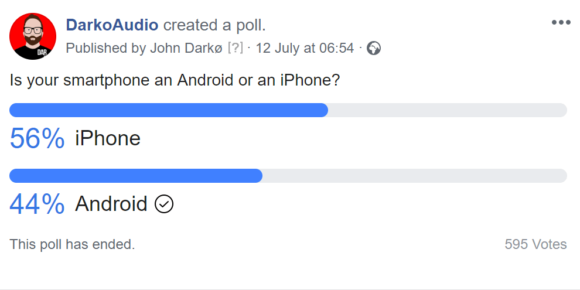 What can we conclude from this? That audiophiles just about prefer the iPhone to an Android device. Me? I use one of each: an LG V40 and an iPhone 6S Plus (with a Xiaomi Mi A1 as back-up). 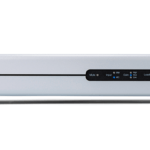 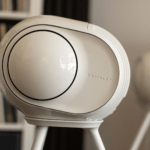