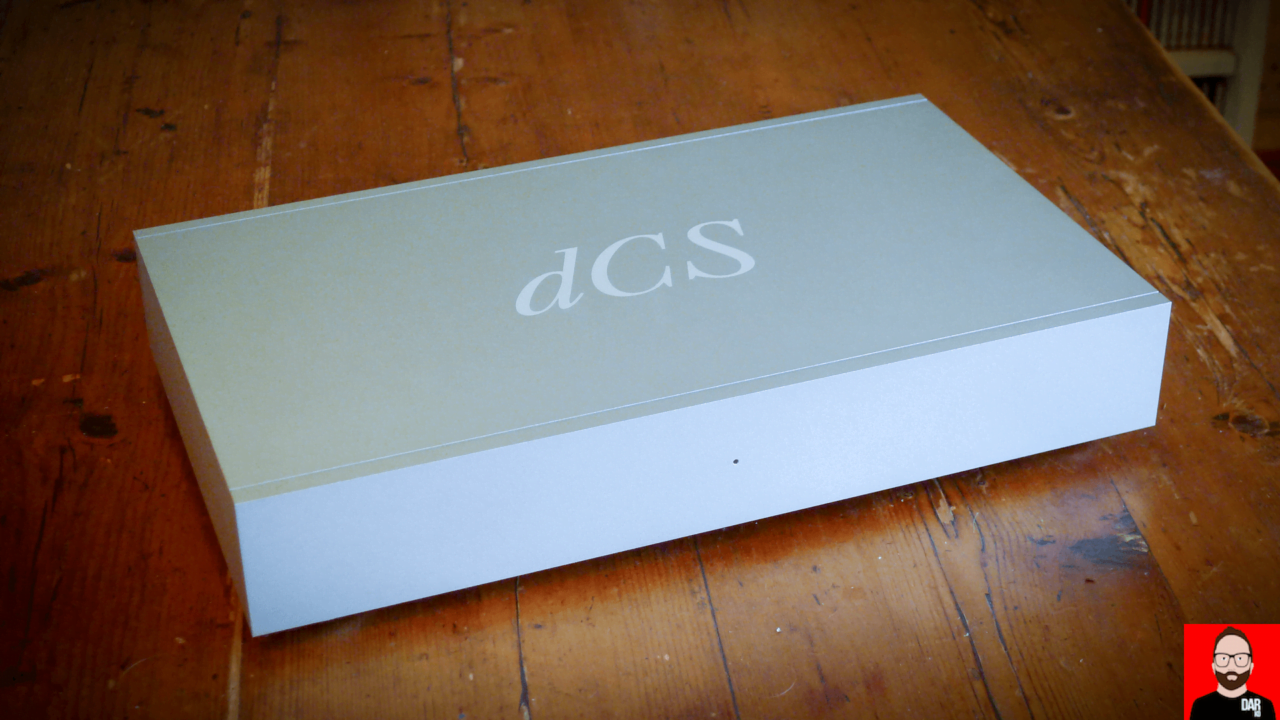 Aston Martin, purveyor of upmarket automobiles; a brand that is synonymous with consumer desire, with James Bond glamour and with excellence. We pay a pretty penny but the best things in life don’t come for free (well, mostly).

This British car manufacturer once offered a small car, the Cygnet, for £30k. Hardly bargain basement pricing but certainly more affordable than their main range of models that started at £120k. As a rebadged Toyota IQ with Aston Martin branding, the Cygnet fooled no one. It bombed out on the sales floor.

dCS is also a British manufacturer of luxury goods. Like the Cygnet, their Network Bridge streamer is affordable by dCS standards — their DACs start at £10k. Unlike the Cygnet, the Network Bridge doesn’t compromise on quality. Its streaming platform – a combination of hardware and software known as Mosaic – is essentially the same across the entire dCS range: from the $100k+ Vivaldi to the £3,250 / $4,750 / €3,900 Network Bridge. I pushed dCS on that. The same? Yes:

“The (hardware) modules themselves are different, but that’s only due to a slight difference in the hardware configuration of the card. None of the differences has anything to do with audio processing and the software used on all of the modules is essentially identical”

Given the Network Bridge can send data to other manufacturer’s DACs, buying into the dCS marque just got a whole lot more affordable.

“So what”, you might say? Well, let’s see. Does, for example, hitching the Network Bridge to a decent circa £1,000 DAC – a Mytek Liberty / SBooster combination in this case – make sense? 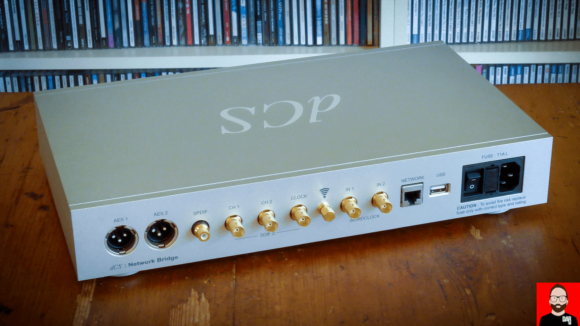 The basics & connections
At 360x245x67mm (WDH) the Network Bridge just misses Kallax-Fi status but looks compact enough. Its profile is low and its appearance is simple: a single blue on/off light on the front, the dCS logo etched on top. All nicely understated, with exemplary fit and finish. Your choice of silver or black.

Inputs comprise Ethernet and USB 2.0 Type-A. The latter streams asynchronously from an attached storage device – more on that later. WiFi isn’t currently supported (despite the aerial socket seen on the rear panel).

On digital outputs, two AES/EBU sockets (or one Dual AES/EBU), a S/PDIF RCA connector and, for legacy dCS DACs and the Japanese market (more info here), SDIF-2 via two BNC connectors. Two wordclock inputs allow for the addition of an external clock. There’s also a clock output for use with the SDIF-2 output but it can feed other equipment as well.

TOSLINK output is MIA. dCS report that they just aren’t happy with the quality it delivers. USB was originally planned but later dropped because dCS couldn’t develop it to a level that would satisfy their own technical and SQ standards.

Respectable specs but hardly bragging-rights territory, so the Network Bridge’s sound quality has to do the heavy lifting (spoiler alert – worry not). Oh – the Network Bridge can also downsample any incoming data stream should the downstream DAC’s capabilities call for it. 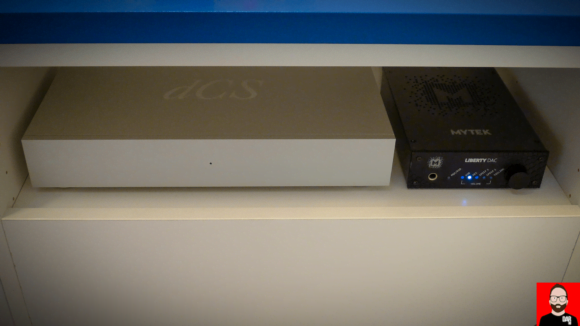 Music services
dCS thinks it important that a wide range of music services is made available to its customers – the way they see it, it’s not for them to dictate or to restrict choice. That puts the onus on Mosaic to deliver a wide range of streaming sources, which currently stands at Tidal, Qobuz, Deezer, Spotify Connect, Internet Radio and podcasts. More will be added before year’s end and beyond – the process is ongoing.

Airplay compatibility caters to Apple hardware and UPNP streaming expands things further – Minim was used for development, other server applications should work fine. Android users will bemoan the absence of Bluetooth or Chromecast – neither is on the development roadmap.

Finally, the Network Bridge is Roon Ready and it can handle the first unfold of MQA, even if dCS keeps tight-lipped about MQA’s merits or otherwise. We might read this as dCS wanting to avoid becoming embroiled in any forum fisticuffs. 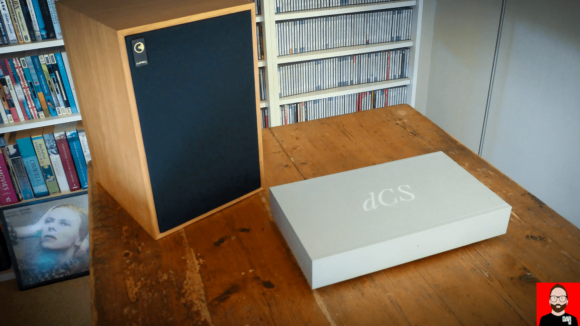 Mosaic control app
Available on iOS and Android, the Mosaic control app gives us access to the Network Bridge’s streaming services as well as its input selection, settings configuration and software updates. Mosaic handles volume control too. For much of this review, I used Mosaic on an LG V30 smartphone. That it worked really well with such a small screen is a credit to Mosaic’s UI layout, which is neat and tidy. Mosaic looked even better on an Amazon Fire HD tablet but it had to be side-loaded.

There’s very little out there that will match Roon’s rich user experience and Mosaic is no exception. That didn’t stop me splitting my app time 50-50: Roon for when feeling inquisitive (music discovery), Mosaic for music already added to my Tidal & Qobuz favourites (playback). For tomorrow’s audiophile – streamers without large legacy collections – Mosaic could simplify things considerably. No need for servers running Roon, Audirvana or other music players for example.

Bye-bye pre-amp?
Both Mosaic and Roon bake software volume control into their respective apps, fully synchronised with target hardware. Crucially, they’re both easy to use, in stark contrast to my recent experience with VLC feeding the Sistema M2 amplifier. Running the Network Bridge through a DAC and then straight into a power amp is possible, but I was curious: would an interceding pre-amp sound better?

In my case, no. Via the pass-through input of the Ayre AX-7e amplifier (thus bypassing its pre-amp circuitry), music flowed more easily, musicians were more palpable, the sound had a gentle bloom to it. Much nicer. The Network Bridge as a digital pre-amplifier trumped Ayre’s own.

A dalliance with Airplay surfaced one issue with software volume: it reverts to a high setting between outings so we need to consider Network Bridge usage carefully. Full volume mishaps are best avoided. Ditching the pre-amp is worth considering though. The experience also tells us that digital volume control per se isn’t innately inferior to analogue (as purists would have us believe). As always, it depends on the implementation. 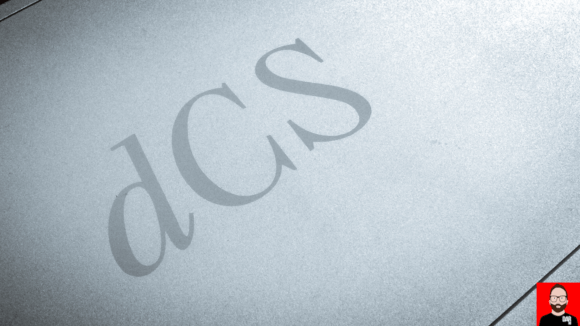 Sound quality
The Network Bridge delivers a level of detail beyond any other streamer I’ve heard. And by some margin. And not at the expense of other audible attributes. Going deep doesn’t have to mean going cold. The inner sounds conjured by Manuel Barrueco from his guitar on “Koln Concert” are notably more present in dCS hands. But the Network Bridge marries this excavation to a very natural and nuanced sound, one that has body, where performers are fleshed out to just the right degree. It doesn’t try to be impressive, it just is. Think Eric Clapton’s guitar playing style – effortless.

Imaging is very realistic, freeing the music from the Graham LS6 speakers even more than does the already capable Pro-ject StreamBox S2 Ultra. Through the Network Bridge, performers seem larger but less finely etched, edges gently brushed over rather than drawn with the Pro-Ject’s precise lines. Yet at the same time, they are more believable, the Network Bridge seemingly reconciling two opposite traits.

The dCS box touches all aspects of performance positively — absolutely nothing takes a backwards step, as well it should against the far more affordable Pro-ject unit. The Network Bridge casts music as cleaner and more relaxed – that Clapton effect again – and it does so even with less-than-relaxed music. In fact the more complex the mix, the higher the volume, the more the Network Bridge digs in deep to identify individual strands. Large scale orchestral works are exceptionally well served. So too the guitar riffs on Metallica’s “Enter Sandman”, the gratuitously low bass on “Symmetry” from Simo Cell’s On Line, Vol 1. and the bass lines on Beth Hart’s “Trouble”. All came on as much clearer through the Network Bridge and made these pieces of music sound more impactful as a result.

The Network Bridge magic worked well with an array of loudspeakers, emphasising positive traits and improving negative ones without imposing a dCS sound (there isn’t one – dCS is emphatic about not voicing its kit). So – the JBL L100 Classic still majors on scale and bombast but doesn’t sound quite as loose (as it does as other times). The Revel M126Be relishes the extra detail. And the Graham LS6 laps up the dCS’ gentle control without trading in on sweetness.

The Network Bridge’s way with poor recordings is also even-handed – it doesn’t unduly punish bad decisions made in the studio. Similarly with lower bitrate music. If it’s well recorded, it sounds good. A 320kbps AAC stream of BBC Radio 3 proved very engaging and a 128kbps Bluegrass station perfectly listenable. The Network Bridge seems to be maximising the potential of whatever it’s fed. 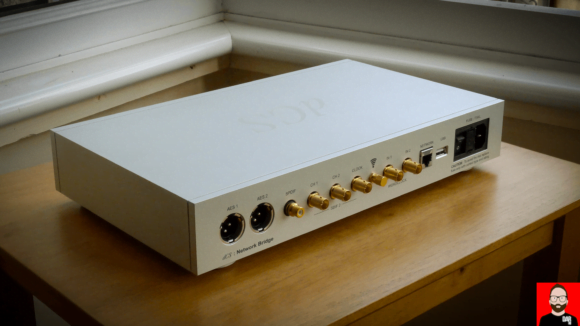 Mosaic vs Roon vs USB
It’s also even-handed across its own inputs. Using familiar music, Tidal streams were compared via Mosaic and then via Roon…and then against the same tracks on a USB thumb drive hooked into the Network Bridge’s rear. Roon versus Mosaic ended in a draw. Try as I might, I heard no difference.

USB thumb drive versus Tidal gave a very slight nod to the thumb drive, but we are talking marginal. A little more of that inner detail on Barrueco’s Koln Concert, slightly tighter lower strings on Theessink & Evan’s Talk To Your Daughter. Repeated A/B’ing was needed to hear those differences, so I won’t be rushing to copy more of my music to a USB stick. Not with the Mytek DAC. With a better converter, I’d be minded to repeat the experiment.

The wrap
So does the Network Bridge play nicely with a £1,200 DAC? In my case, it’s an emphatic YES. Is it a good allocation of funds? That’s for readers to decide.

When reviewing, we might get enthusiastic about some items but hold back slightly knowing something even better is bound to come along soon. Forget that with the Network Bridge, the shackles are off. It is a fantastic piece of equipment, period. The sort worth digging deep into pockets for. Buy once and buy well. I can only proffer the same advice as I do for Roon – don’t try it if you can’t afford it. If only I’d known that beforehand. 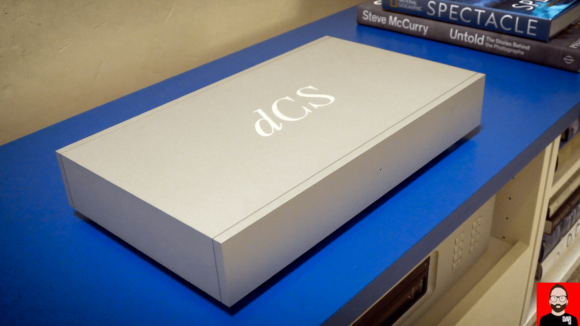 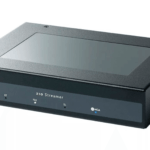 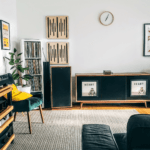