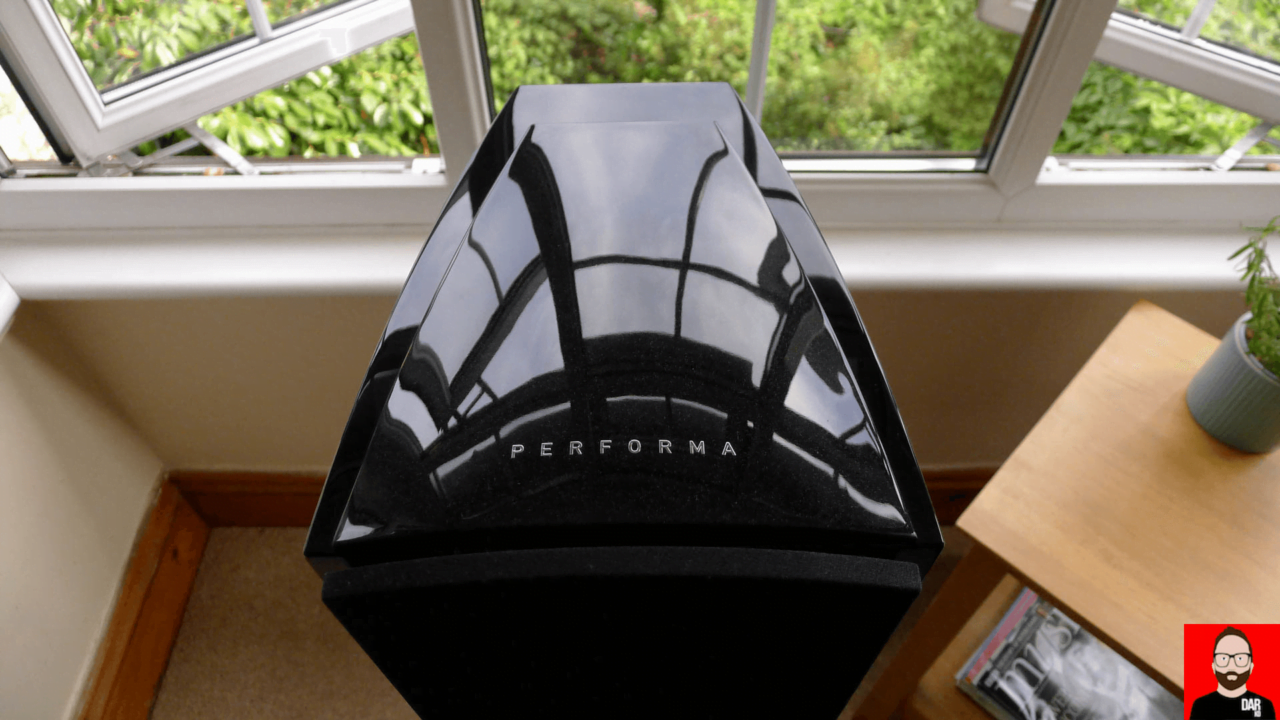 HI. HARMAN International is part of the mighty Samsung empire, having been swallowed in 2017 for an estimated $8bn. Who said there’s no money in audio? Revel is part of the HI group, but unlike Mark Levinson, Arcam, and others, it began life within HI as a high-end startup rather than an acquisition. That gave Revel access to huge resources from the outset. Perhaps no surprise that it flourished.

New products continue to flow at a healthy rate. That includes the two-strong PerformaBe range. The M126Be, under consideration here, is the junior model. Sitting one step down from the flagship Ultima range, the US$4k/ £4k/€4.4k entry fee isn’t out of step with industry norms but it’s also quite the asking for a standmount. Financial endgame territory for many. Doubting eyebrows may be raised at its small size and bass that paddles in the shallows. Or do those very attributes make it a better fit to acoustically challenged rooms and/or more suitable to modern living spaces where listening rooms share lounge room duties and acoustic treatments are a no go?

Adding spice are the two beastie boys sandwiching this review – Klipsch’s Forte III (review here) and JBL’s L100 Classic (review soon). Like the Revel, the JBL and the Klipsch sell for 4000 bills per pair but size- and bass-wise sit diametrically opposite Revel’s fundamentals – both price rivals are large boxes with plenty of bass. Can the M126Be carve out its own ground to take them on, or is it just another expensive little’un, a triumph of marketing over engineering prowess? 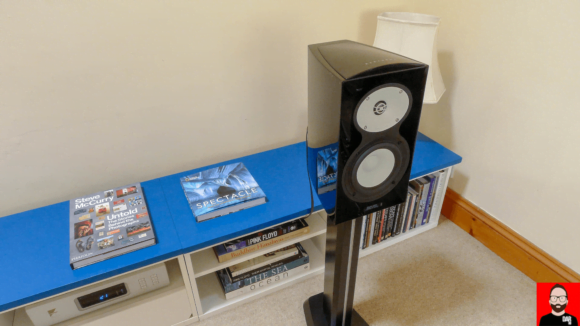 Technology / build / looks
The Be in M126Be refers to the 1” Beryllium tweeter. Revel argues their material choice thusly:
“compared to aluminum and titanium tweeter diaphragms, Beryllium offers 4.5 times the stiffness and three times more damping, and does so at only half of the weight”.

It’s an explanation that handily avoids comparison with that other tweeter exotica – diamond – but it’s fair to say that Beryllium is limited to upper echelon kit and possibly accounts for a fair slice of the M126Be’s asking price.

The bass/midrange driver is described by Revel as a Deep Ceramic Composite aluminium cone: 6.5” across and white in finish, matching the tweeter surround, to lend the loudspeaker an air of chic once the grille comes off. To this listener, the white psychologically sets expectations for a cooler sound. Not so. The grilles can stay on – the M126Be need no extra help in the treble department (brighter sounding electronics might be best avoided).

Dressed in black, the review pair look exquisite – graceful lines, a superb gloss finish, grilles that blend in rather than stand out. Key to this loudspeaker’s deft aesthetic sensibility is the lute-shaped cabinet that tapers from 210mm wide at the front to 110mm at the rear. White, walnut, and metallic silver finishes are also available. The other vital stats are a height of 386mm and depth of 262mm, with each speaker just under 10kg.

A small port graces the rear, together with single wired terminals. Matching stands are available for £300/US$500 /€500 and were supplied for the review. They’re quite tall at 635mm and maintain the M126Be’s svelte appearance. Whilst the speaker is screwed directly to the top plate the base is narrow, so take care not to knock them over. Finding alternatives stands is hampered by that tapered cabinet, were the Revel staying put I’d experiment with granite plinths (or similar) between its dedicated stand and floor.

Overall then the Revel is not much bigger than a BBC LS3/5A but rather chicer. Fit and finish is beautiful – the gloss black finish is almost mirror-like in the right light. In short, the M126Be looks every bit a stunner. 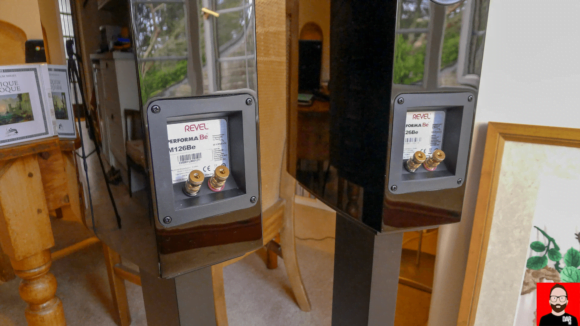 The Revels were also introduced to the charms of a dCS Bridge network bridge (£3,250 – review in the works).

Positioning
The speaker isn’t overly fussy about positioning but a little effort brings the most out of the Revel. 80cm from the front wall worked well, but a 60cm distance sounded marginally better thanks to a slightly fuller bass.

The supplied port plugs (nice touch) suggest close-to-wall possibilities for those short on space. Sat 20cm out, on IKEA-hacked Besta units with IsoAcoustic Aperta stands in between, the M126Be lost a good deal of visual chic but sonically conceded a little on some of their standout qualities. Refinement, depth of acoustic, definition – all suffered ever so slightly, things sounding more amorphous. Not by much though, for small rooms or those with children or pets, it’s worth considering. 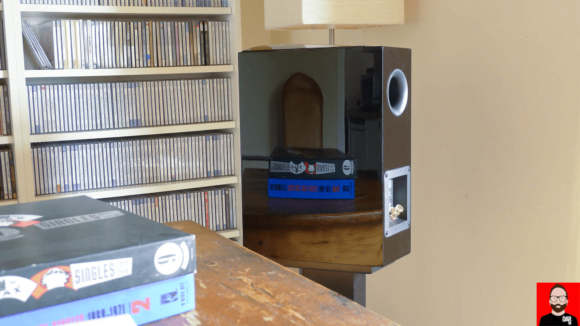 Sound
Let’s start with the elephant in the room. Or rather lack of: fat and meaty the Revel M126Be most certainly are not. That Revel listening directly followed the Klipsch Forte III review only underscored this finding. A single 6.5” mid/bass driver can’t rewrite the laws of physics, nor does Revel try to – the M126Be is unashamedly light on real bass.

Running with the idea of soundstage as a picture, we hear every singer and instrument precisely defined within, nuances captured thanks to the Revel’s abundant detail retrieval that aces even the Klipsch Forte III. Clarity and separation is very much the M126Be’s calling card.

It’s not a unique sonic signature. We’ve heard similar takes from other loudspeakers – Neat’s Iota Xplorer comes to mind. One where ‘tell it as it is’ rides ahead of richness, where transparency and openness are prioritised over warmth. Done well, without tipping into cold or harsh, it’s very enjoyable. 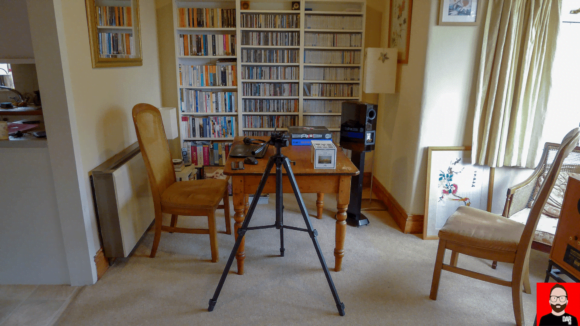 The Revel not only does it well but takes things up a further level, bringing even more detail into play whilst stopping short of coming across as forensic (like some studio monitors). Indeed refinement is the underlying gestalt, feed it quality fare and it returns the favour. Conversely, poor recordings have nowhere to hide. The M126Be are also surprisingly dynamic for a small speaker. Not to Klipsch Forte III levels – few are – but very impressive for a small speaker.

Some examples: Metallica’s “Enter Sandman” was a riot even without the usual low-end heft. Maybe not downright dirty but the M126Be’s dynamics give us a big sound. Ditto ZZ Top’s “Goin’ 50” that rocked like hell whilst revealing previously unheard detail and musicianship. Both tracks mentioned here to convey the M126Be’s talents with genres that presumptive types would assume it wouldn’t get on with. Well-recorded simpler fare (so often heard at audio shows) sounded, frankly, sublime. 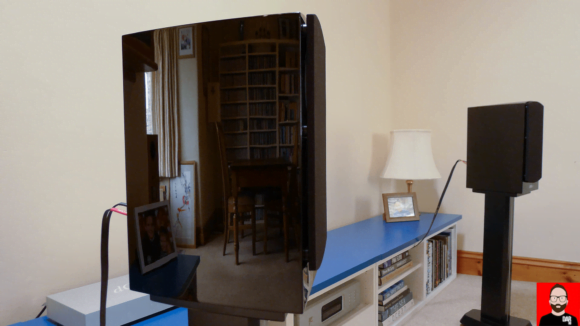 Summary
The M126Be doesn’t just get the essence of the music, they get to the heart of it. If bass isn’t the be all and end all – anyone lusting after an LS3/5A – then you should search out this little gem. Want more bass? Get a subwoofer. And I don’t mean that flippantly.

Against the much bigger JBL L100 and Klipsch Forte III, the Revel most emphatically carves out its own performance space. Play it immediately after the JBL and it’s not the lack of bass we notice first; rather the enormous acoustic spread and – somewhat ironically – the greater live feel of the Revel. That’s observation not comment. On purely sonic grounds some will prefer the little’un – a detail hound with talents for soundstage enormity.

Always leave them wanting more they say. The Revel M126Be certainly does that. 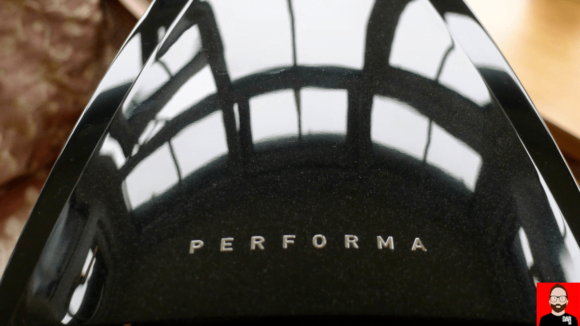 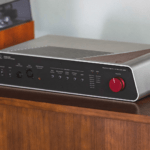 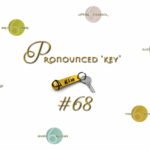