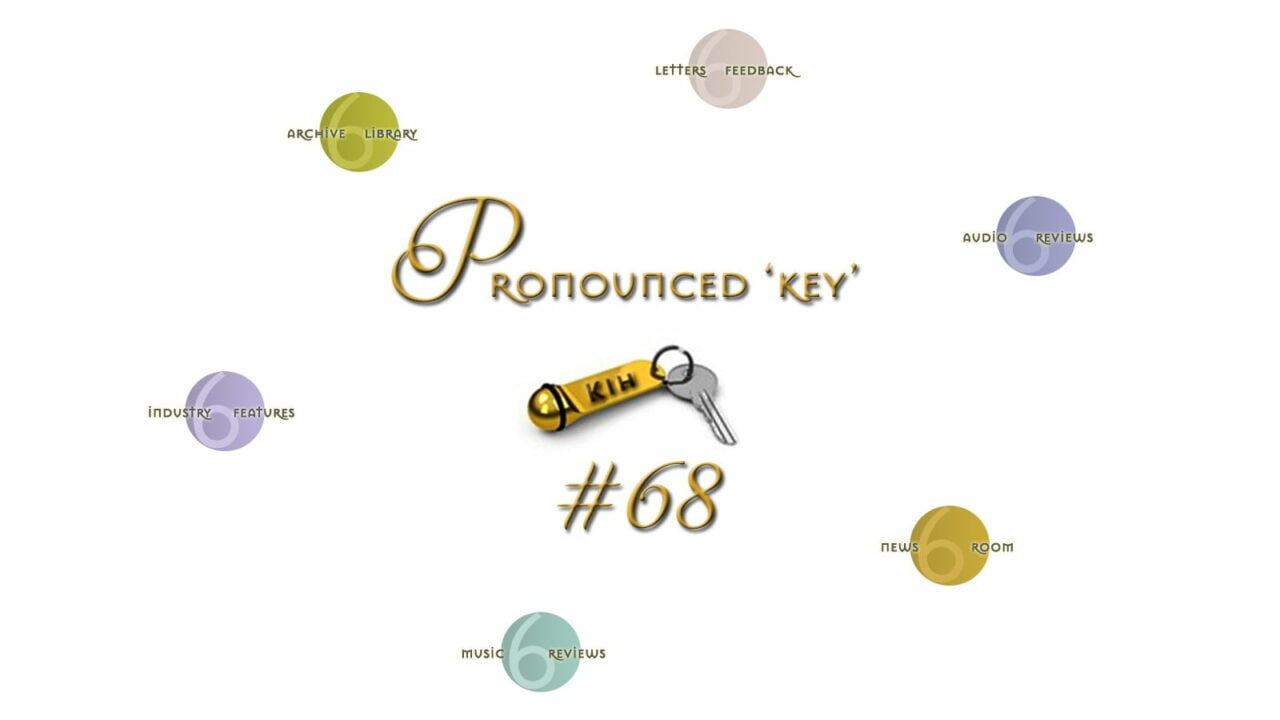 Innovation. You’d think that well-funded firms with a big cadre of engineers and access to or even ownership of the latest measuring soft/hardware would be the ones to advance the state of the hifi arts. Perhaps that’s true. But it’s certainly not exclusive. Today we highlight a few more recent discoveries—the Raal Requisite true ribbon SR1a headphone having been covered in its own earlier feature—which come from very small outfits.

#1. From this site’s city of Berlin rose the first speaker which Oleh Lizohoub, previously lead engineer for Voxativ, launched under his new-again Camerton brand (he previously operated under that name in the Ukraine). As you can read in my review, his Binom-1 is an immaculately styled and finished very compact monitor of just 14.5cm baffle width with a lone flat-diaphragm driver of inverted surround and beryllium/aluminium-alloy/wood membrane. There’s also a complicated internal metal bar which puts the entire Plywood cabinet under constant tension; and a metal port which protrudes from a massive slightly curved metal plate on the back. The shocker is 35 – 28’000Hz bandwidth. It’s neither a typo nor a criminally optimistic marketing stunt.

In short, this finally is a widebander which needs no folded rear horn/line, gargantuan enclosure or DSP to operate full range. It’s fundamentally different from the Lowther types which even the exotic bicones of driver giant Seas are modelled on. On the final two pages of my writeup, Oleh explains the how and why. 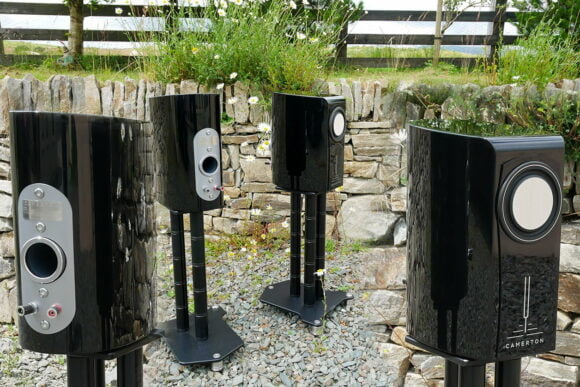 #2. From small Dutch speaker house Æquo Audio’s Ivo Sparidaens comes a quartet of four new nanocomposites marketed under the Diluvite™ umbrella, which promise to enable previously impossible combinations of stiffness and damping – beyond beryllium, graphene and diamond for driver diaphragms, beyond any existing enclosure composite. The brand’s forthcoming Gladium speaker will introduce the first commercial Diluvite enclosure later this year and pending OEM agreements should see these new materials make inroads elsewhere in both speaker/electronics enclosures and driver diaphragms. 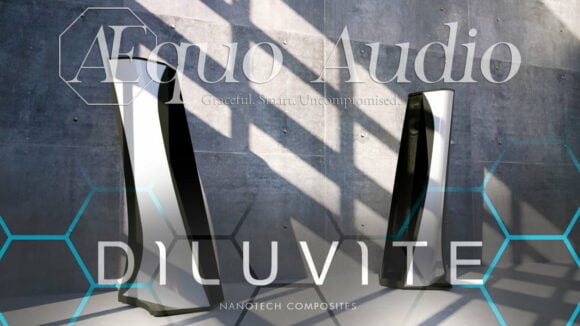 #3. From Cube Audio’s Grzegorz Rulka in Poland, we’re about to see the world’s first triple-whizzer 15-inch (!) widebander with dual flex seams to work as a purely mechanical triaxial driver in a sealed enclosure. 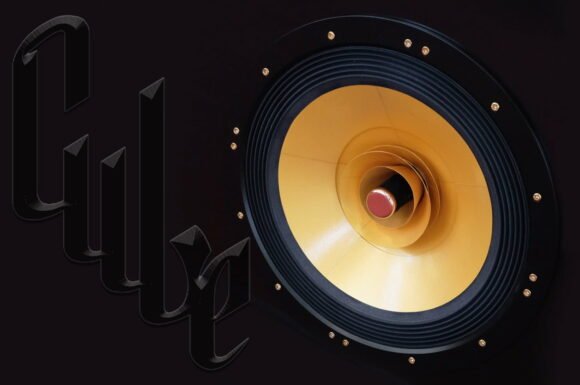 #4. Last year, Belgian brothers Tom and Jef Nuyts introduced us to their radical cone driver which abolishes the conventional suspension of spider and surround, hence eliminates three different types of typical distortion which are conventionally associated with all dynamic drivers. Their second speaker model based on this technology should bow this year. 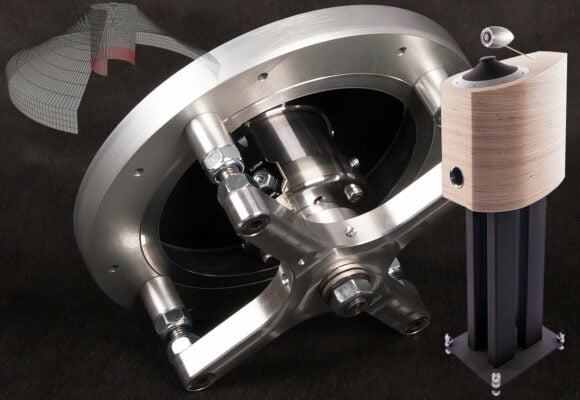 #5. Working with Buchardt Audio, Danish engineer Kasper Raun has developed a new very deep waveguide to combine a ¾” tweeter and 6” mid/woofer for virtually flawless 50° off-axis response thus wide dispersion by taking advantage of a new holographic nearfield scanner. That robotic device took then processed 5’402 measurement points around each driver of their S400 speaker model to produce very high-resolution 3D mapping of what happens acoustically, allowing Kasper to optimize his waveguide prototypes for the perfect geometry. The kicker? This shows up in a compact monitor with passive oval radiator which promises -3dB at 33Hz yet sells Denmark direct for €2’000/pr. 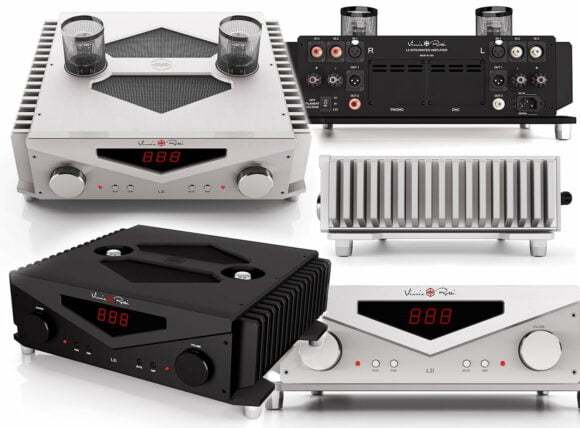 With all good lunar things being six, that’s enough entries for today to demonstrate that real innovation doesn’t just come from the big entrenched audio companies. In fact, it seems to me that one of the mechanisms which keep even been-there done-that veterans on their feet is the very real chance of discovering bona fide novelties in unexpected places. “Nothing new under the sun” is all too often true. But as this half a shiny dozen showed to leave the dirty dozen for another time, it can also be a lazy knee-jerk reaction when it overlooks that progress continues to be made – and routinely not at the corporate brands.
Readers can contribute their own picks for tech innovations or advances from smaller operators via the FAQ/Contact page here. 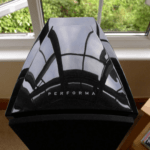 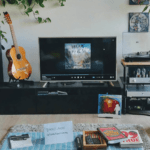