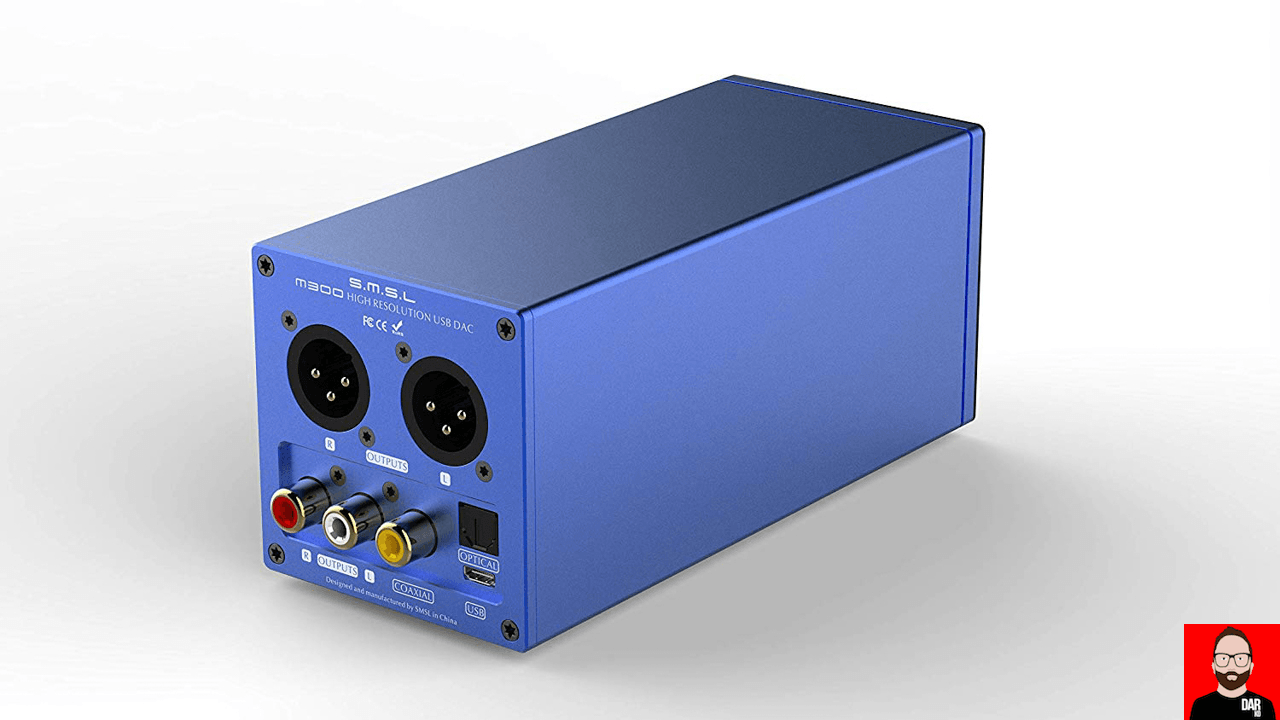 DACs. On paper, we might favour one over the other because of its decoder chip. SMSL’s M300 (US$250/€250) runs a single instance of Asahi Kasei’s top-tier AK4497 D/C converter. Excited? Maybe. But careful now: as with many other DACs coming to market, we know nothing (yet) about the M300’s analogue output stage or power supply — two additional factors that determine a DAC’s sound quality and two reasons why the ‘Sabre sound’ is a fiction of forums.

We might also be drawn to SMSL’s DAC because of its fully-featured connectivity. Digital inputs are three in number: TOSLINK, coaxial and (micro)USB that doubles as a power input. The USB receiver chip is, according to SMSL, a second-generation XMOS XCore200 Xu208, which supports PCM up to 768kHz and DSD512. Native DSD support is also part of the deal. 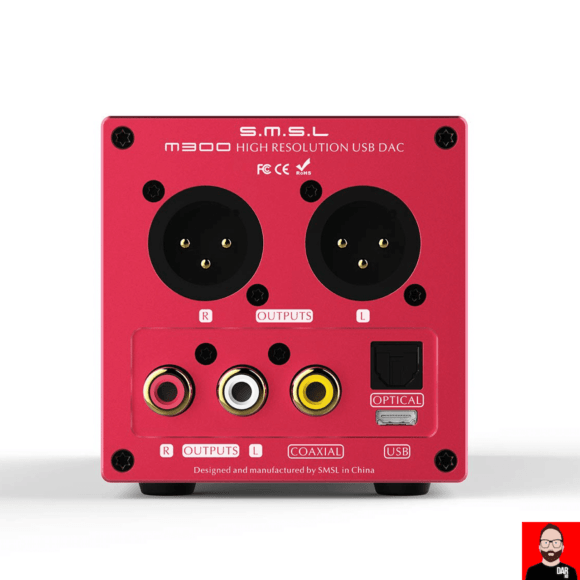 On analogue outputs, both single-ended RCA and balanced XLR are included, with the latter far from common at the M300’s high-end-humble asking price.

However, SMSL will likely seal the deal with prospective buyers because the M300 doesn’t only come in a plain black finish. Options exist for red and blue. Splashes of colour like this are rarely seen in the world of high-end audio. That SMSL brings such visual flair to entry-level D/A converters whilst adding a 1.5″ IPS display to its tempered glass front panel (that indicates the active input with a line drawing and returns sample rate input info) is without precedent at two hundred and fifty bucks.

China’s SMSL clearly understand that many hi-fi enthusiasts don’t only choose their hi-fi hardware based on sound quality but also on the way it looks. More power to them. 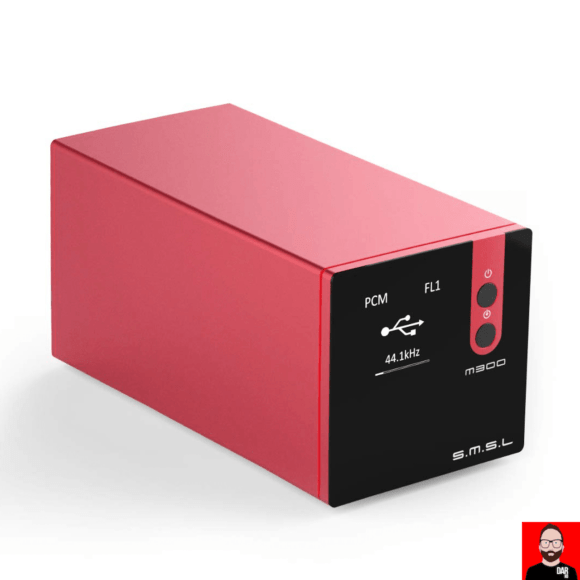 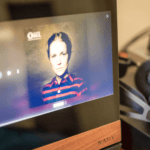 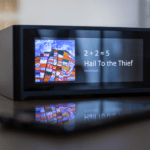