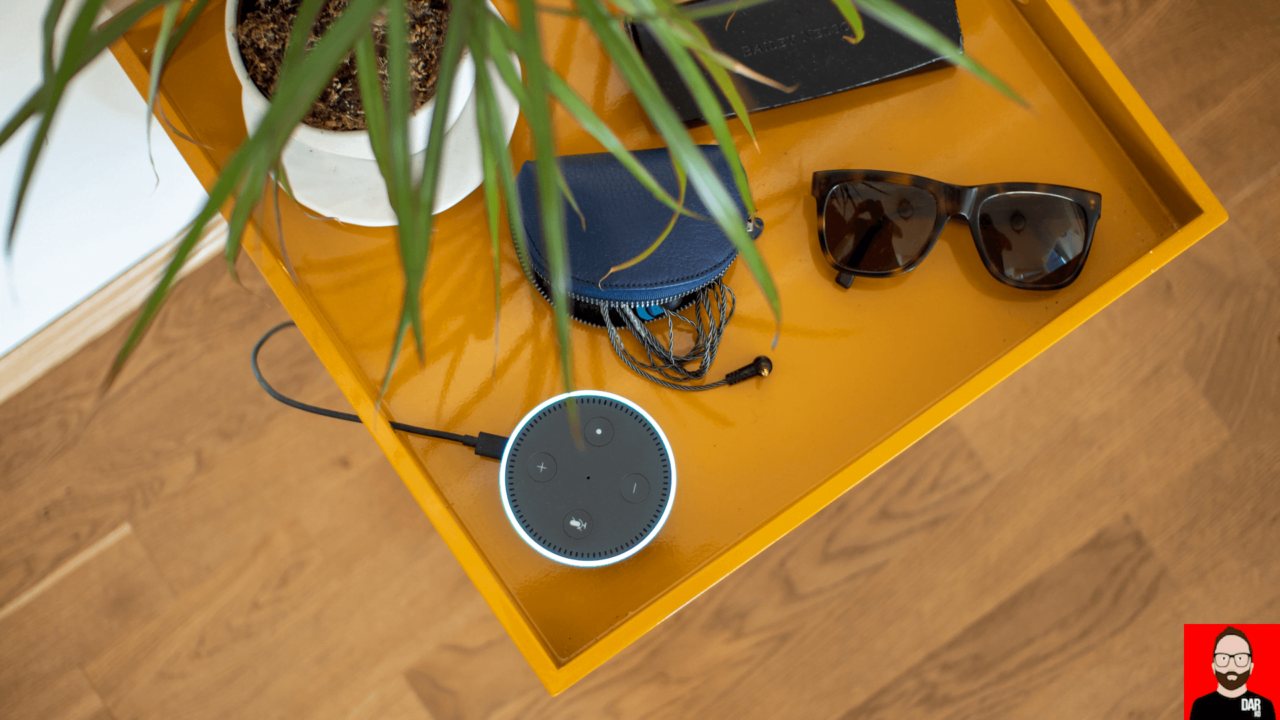 We’ve already seen how Amazon’s Echo Link (US$199/€199) can add Alexa-powered streaming to a hi-fi system, albeit with mixed results: the unit’s internal DAC implementation is an also-ran and its 3.5mm headphone output has music sounding distant and foggy. An external DAC is all but mandatory for discerning listeners moving our Alexa conversation from one to three boxes.

Furthermore, the Echo Link doesn’t give voice to Alexa responses. They still come from (in my case) a nearby Echo Dot. The Link’s analogue output, fed into an integrated amplifier, sounds a little better than the Dot’s…but this SQ delta casts the Link’s asking price as difficult to swallow.

What if we took another route? The Echo Dot can be Bluetooth paired with any third-party Bluetooth receiver hooked into a hi-fi system. The Echo Dot’s complete audio output – Alexa responses and music streaming – is wirelessly routed to a hi-fi system without having to relocate the Dot. Many high-end DACs and streamers come pre-loaded with a Bluetooth input. Surveying the scene at Darko HQ this morning, the AURALiC Aries G1, Naim Uniti Atom and NAD M10 all qualify.

“Alexa, play some Galaxie 500”, I instruct the Echo Dot, still sitting on its yellow table. The NAD M10, Bluetooth paired with the Dot, then plays catch on the Dot’s voice response and Spotify streaming output to dispatch both via the downstream loudspeakers. Not bad. 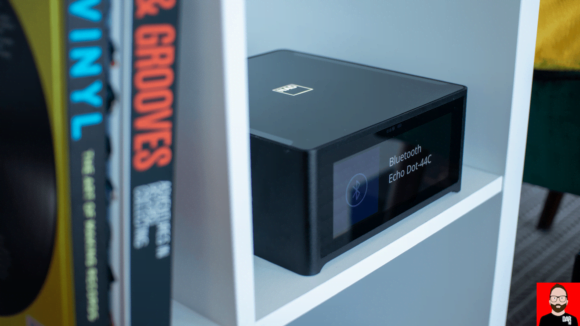 The Echo Dot doesn’t support advanced Bluetooth codecs like aptX or AAC. All connections are established on the Bluetooth ladder’s bottom rung: A2DP/SBC. The sound quality isn’t great but, with a superior DAC in play, neither is it unlistenable. The difference between the M10’s SBC-powered Bluetooth D/A conversion and the Echo Dot’s own isn’t large enough to warrant comment or trouble audiophiles plagued by “What if?”.

Those not already in possession of a DAC with an in-built Bluetooth receiver should look to AudioQuest’s Beetle DAC (€199 but available for less) as the baseline performer in its entry-level category. Already have a DAC but no high-end Bluetooth streamer? Wyred 4 Sound’s bLINK (US$449) could be your guy.

SBC-fuelled streaming will likely come up short on audible satisfaction for the majority of hi-fi enthusiasts but in extending a hi-fi system’s accessibility to the rest of the family, it’s unbeatable. Shame about the privacy issues.

One final thought: an Alexa ‘Skill’ will control Bluesound devices but it isn’t available via Amazon Germany and therefore remains untested by yours truly.

One more final thought: Pandora can be added as a streaming service inside the Alexa app but, at time of writing, remains US-only.

One final final thought: all of this futzing could have been avoided if Amazon had put a hybrid 3.5mm analogue/mini-TOSLINK socket inside the Echo Dot as Google did with their Chromecast Audio (RIP). 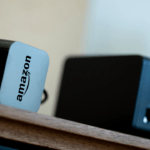 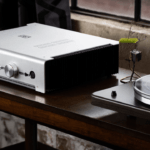