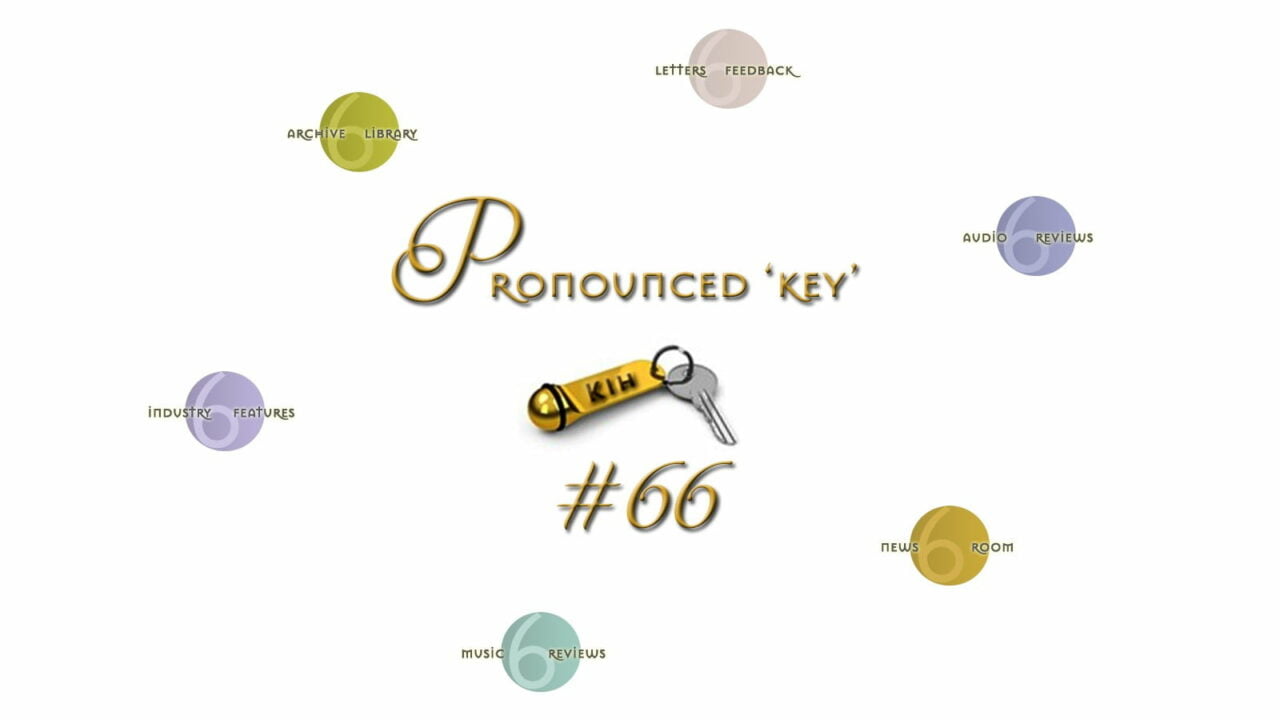 Forest. Tree. Fall. Does it make any sound if nobody hears it? Product. Disruptor. Is that still true if nobody notices? 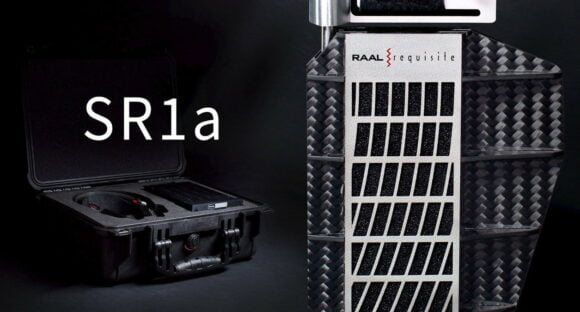 Today isn’t about the forest. It’s about a game-changing product which won’t do much disrupting unless more people learn about it first. To start, let’s ask what one common issue is which plagues all dynamic drivers – their suspension of outer surround (foam, rubber, corrugated paper) and inner spider (corrugated impregnated textile). It’s why companies like France’s Leedh and Belgium’s Ilumnia eliminate these parts altogether; why Cube of Poland replace their spider with a phenolic spring. To keep it simple, call the related problem energy storage. Like a capacitor or dielectric which stores energy to release it later, that’s not a good thing for the impulse response which shows behavioral accuracy in the time domain.

Electrostatic and planar-magnetic drivers don’t suffer this particular problem but impose their own. To do proper bass, they need to get room-divider big whilst the impedance of ribbons approaches a dead short to need transformers. If we relocate our query to head-fi with its extreme proximity to our ears, drivers shrink to approach what in regular speakers become 1” to 2” tweeters. Headphones also neatly eliminate the room as the biggest disruptor on speaker performance. But do they really? If they use ear cups with pads of variously effective sealing, they in fact just hang miniature rooms off our ears to mean reflections and trapped air for compression zones, turbulence and sweaty ears.

What if we hack off those miniature rooms? Enter the floating open baffle. Headphones using this radical notion include AKG’s famous K-1000 (no longer in production); its current replacement, the Austrian MySphere 3 from the K-1000’s original engineers Ryback and Renner; and the Jecklin Float in its various incarnations.

Now let’s take it one step further. What if the dynamic driver in such floating constructions became instead a planar to remove the remaining issue of energy storage? 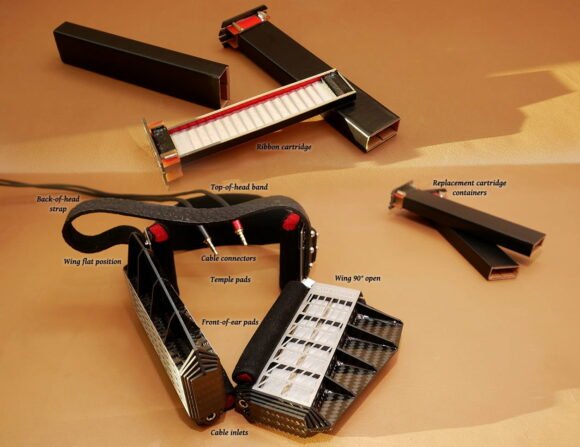 Say hello to the world’s first fully modular true ribbon headphone, the Raal Requisite SR1a. As inventor Aleksandar Radisavljevic (who worked on them for more than 10 years) explains:

“Ours are first to combine a very lightweight diaphragm with a very low resonant frequency, the lowest yet in headphones. For several reasons this allows them to have better dynamics than anything made to date. Add to that the cleanest possible impulse response with the least amount of energy storage—lower than e-stats—and you have amazing resolution. Resolution isn’t about HF/LF extension or linearity. These more mundane things can be achieved in many other ways. It’s about lack of dynamic compression and a clean impulse response, two unique properties of true ribbons. We also have the best control over the structural resonance of the diaphragm, again better than anything else including the thinnest of e-stats because we use viscoelastic damping in our dual-metal-layer ribbon. Our diaphragm is quiet, fast to accelerate and decelerate – not an easy combo to make. This is a genuinely novel take on the working parameters of headphone transducers.”

Add bandwidth of 30Hz – 30kHz to defy notions that ribbons which most of us only know as speaker tweeters can’t do bass.

“But what of their impossibly low impedance?” you ask to play proper Doubting Thomas just as you should when assaulted by big claims. 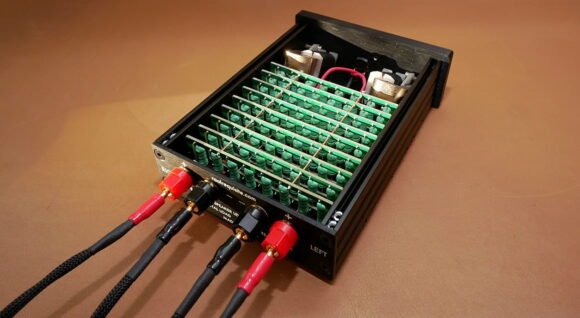 Indeed. 0.018Ω. Plus 85dB/1mW (in)sensitivity unless you wanted to wear 2 pounds of magnets to drive up that figure. Plus a need for 5 amperes of current for full swing. To meet these figures head-on, Raal Requisite include an impedance interface box which presents your amplifier with a ~6Ω load in lieu of an impedance-converting transformer which would weigh its own 2 pounds to become unwearable again. The adapter box contains two gapped-core inductors and nine rows of eight vertically mounted wire-wound resistors. This not only eliminates the bandwidth-limited transformer but includes a de-emphasis function to compensate for the rising response of an open-baffle line source whilst converting about 90% of amplifier power into heat to only present the ribbon proper with the maximally half a watt it wants to get really loud. [At my personal SPL, the driving amp dispatched a median 6.75 volts, 0.78A current and 5.26 watts.]

To make this math work — 450mW RMS power handling for 111dB on bass-heavy tracks requiring 5A current — one uses a standard speaker amplifier of about 100/200wpc into 8/4Ω. The R&D workhorse was a Benchmark Media AHB2. Seeing a fixed purely resistive 6Ω load, your equivalent amplifier will work easier and better than it would on any regular loudspeaker. The extreme proximity of two 19cm2 open-backed ribbons floating in front of your ears then counteracts the usual dipole ‘figure 8’ cancellation.

To remind ourselves what a ribbon is, we visit the website of Swedish ribbon maker Transmission Audio: “… a membrane of very thin corrugated aluminium suspended between continuous rows of magnets at its narrow ends only. It boasts extended performance in the treble unlike planar-magnetics which exhibit HF roll-off caused by their film’s mechanical properties and horizontal tensioning forces. The impedance of a ribbon is mainly resistive. The true ribbon’s biggest advantage is the absence of an extra membrane or film to which it is attached; and being a singular strip through which the current flows. This makes the ribbon both diaphragm and voice coil. [A bit like a direct-heated triode – Ed.] 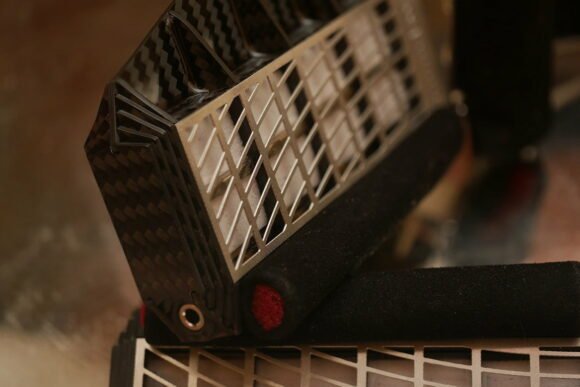 “Each part of it is driven directly and simultaneously without any energy storage, giving fast stop and
go potential to maintain the leading edge and harmonics of musical sounds. Low inter-modulation and FM distortion don’t corrupt the harmonic structure. Being non-dispersive in the time domain, a true ribbon produces close to zero harmonic addition or subtraction. At 90dB and as a line source, it is capable of THD below 0.03%.”

About potential cons: “The ribbon is acoustically transparent hence prone to let sound pressures from behind pass through it. Open dipole use avoids that. The transformer can be problematic with distortion in the frequency extremes from leak inductance and stray capacitance. The best ribbon thus would be a transformer-less, purely resistive, coil-less and carrier-less pure metal film ribbon of open dipole type, suspended at its ends only and wide enough to give good coupling into the lower frequencies.” Which rather perfectly describes the SR1a.

So far having made noise only in a Head-fi.org thread and my own review of it, this mega disruptive invention seems to have done little disrupting yet. At €3’500 with the adapter box, it’s not cheap but on par with flagships from the headphone majors. Requiring a speaker amplifier is an unusual requirement but transistor users in many cases will already own something perfectly suitable on their current loudspeakers. I’ve tried our Pass Labs XA-30.8, LinnenberG Liszt, Stello S100MkII, Nord Acoustics nCore 500 and Crayon CFA-1.2 plus a Simon Audio Lab AIO. They all did the business starting at $1’200 for the 50/100wpc April Music. 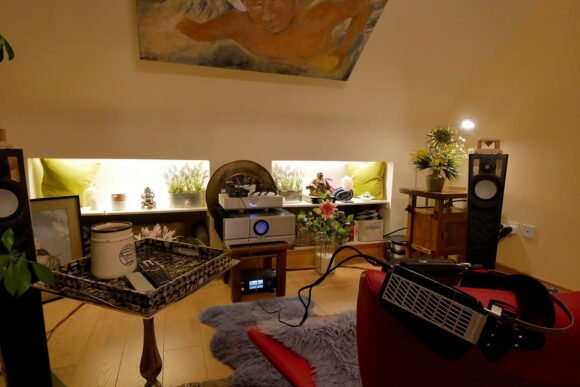 Looking like a loaner from the Mad Max movie prop department is the final potential buying hurdle one must overcome to talk SR1a. Never mind any of it. The Raal Requisite delivers a combination of bandwidth, resolution, speed and dynamics like no other headphone currently to market. Yet until this KIH feature, had you actually heard of it? So take a clean sharp chain saw now, walk into your mind’s densest darkest forest, pick the tallest thickest tree you can find and make it fall.

There. Did you hear that? Did you notice the ground shake? The T-Rex of all headphones is coming… 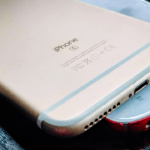 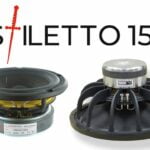