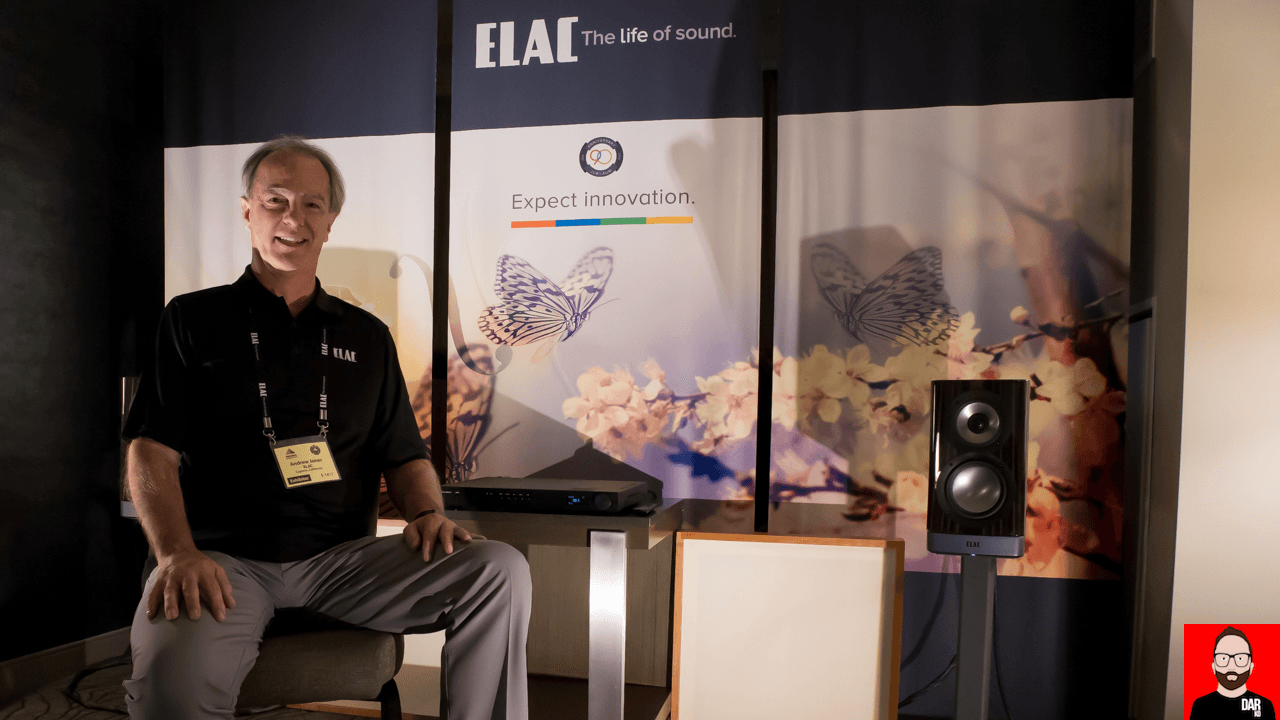 “Seriously impressive. But you won’t be hearing this at Munich High-End 2019.” — that was yours truly laying down the Rammstein challenge on Facebook.

Picking it up was Andrew Jones of ELAC. “This is strange because today I was preparing my playlists for AXPONA and added some tracks from a colleague. Scanning through them I found Rammstein! Might be interesting to try it out. Infected mushroom is already one of my favourites, so why not try this!”

A week before AXPONA, Andrew Jones and I went long over internet wire to talk about his work as a loudspeaker designer. My aim for the podcast wasn’t to reproduce Jones’ CV – his work for TAD/Pioneer and KEF is well known. Instead, I wanted to dive in with a simple question: why are loudspeakers predominantly wooden boxes? From that starting point, Jones went deeper into his Debut and Uni-Fi designs for ELAC and the advantages of active crossovers over their passive equivalents.

Then came the bigger tackles: could a loudspeaker system reproduce a live event recorded in an acoustic space? Answer: nope, thus pulling the rug out from under those who talk about sonic accuracy as an achievable/knowable goal.

This will be no great shock to regular readers/listeners. HEDD Audio’s Klaus Heinz and MBL’s Jürgen Reis have both dispensed with the idea of a system being “true to source” or “uncoloured” in their respective interviews.

What of Jones’ extensive work with measurements and what do they tell him about his loudspeaker designs? According to our Brit turned Californian, many different measurements are required in order to reliably capture a loudspeaker’s performance with graphs and charts. Even more critical is the knowledge and experience to interpret them. Listen in here:

Post-AXPONA, a reader email arrived: “Andrew Jones mentioned you in his demo. He said you had written that “…no one would play, say, Rammstein” –  so HE did (followed by Metallica) and with a HUGE smile on his face. People started pouring into the room. What a breath of fresh air needed by many, evidently.” 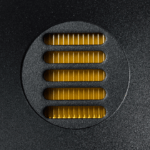 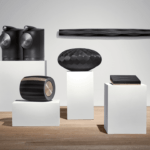