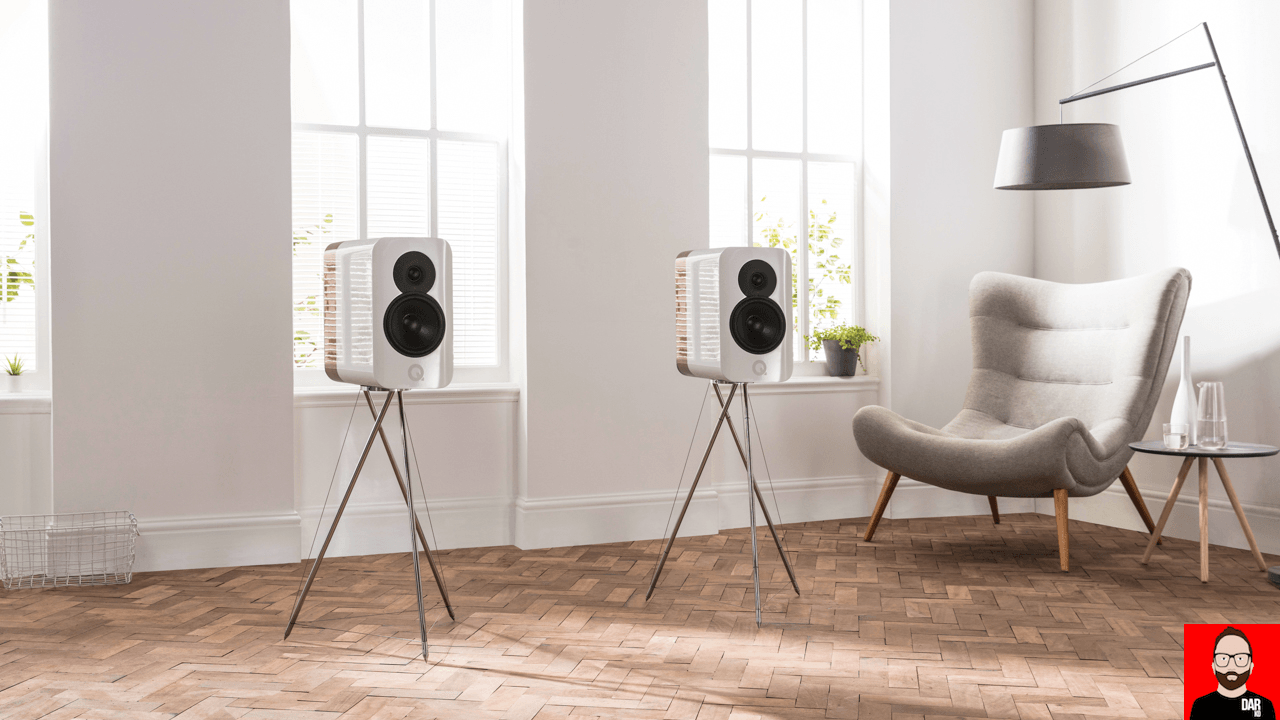 There are many reasons to applaud Steven Brykman’s article for Ars Technica on Why Vinyl Records Survive in the Digital Age. Vinyl’s playback ritual and tactility are well-trodden paths but Brykman takes these ideas further. Unencumbered by simpleton audiophile thinking that vinyl must compete against digital audio, he posits that: that vinyl reflects the past from which it came and must be similarly carefully handled. “Designing for multiple senses can be more powerful than designing for just one,” opines Brykman.

He continues, “Vinyl appeals to multiple senses—sight, sound, and touch [my emphasis]—versus digital/streaming services, which appeal to just one sense (while offering the delight of instant gratification).”

In the hi-fi world, this translates to products like the Naim Unit Atom. Its large volume wheel feels immensely satisfying to the touch despite (or because of) its easy gliding motion. The desire to get hands-on with this super-integrated amplifier is all the more significant when we consider how in-app and remote wand attenuation is considerably easier. As Steven Brykman writes, “Make anything too easy and its perceived value declines.”

The Devialet (again) Expert amplifier’s remote control wheel is firmer on volume turn but no less satisfying to touch but keeps us in our seat. Win-win. This echoes Brykman’s reminder of Marshal McLuhan’s famous quote: that the medium is the message.

The highly polished steel earpieces found on Campfire Audio’s Atlas IEM feel weighty in hand,  engendering a sense of durability and substance that, according to designer Ken Ball, mirror that of a classic wristwatch.

We might look at the Abyss Diana Phi headphone and think of Dieter Rams. Design choices that run in the polar opposite direction of their bigger brother, the less catchily named AB-1266 PHI TC whose rigid metal frame connotes a medieval torture device.

Ask any AudioQuest NightHawk/Owl or Sennheiser HD800S owner about their chosen headphones and they’ll likely rave about on-head comfort as much as sound quality. Conversely, for some Audeze LCD owners, an abundance of the latter often serves as a qualifier for a paucity of the former.

It’s not just audio hardware. A software app’s UX can make or break the network streaming experience. On visual elegance and non-linear music browsing, Roon leapfrogs the competition. All of it.

We might see loudspeakers as pieces of furniture that play music. For proper stereophony, they cannot be banished to a corner or tucked out of sight. They must sit front and centre in our listening rooms which, in the majority of cases, are our living rooms. Visually they must gel with the surrounding decor and, therefore, our own visual tastes.

Irrespective of their sound quality, the Kii Three, with their high gloss colour finish and curved front baffle, play more to my own aesthetic preferences than do the Dutch & Dutch 8c (review coming soon) that, lookswise, have more in common with a BBC monitor.

The same goes for the LS50 Wireless whose high-gloss cabinet and coloured driver make for a more contemporary visual statement than does the 90s black box vibe of the DALI Callisto 2C.

Acing all of them for yours truly is the Devialet Phantom where outward appearance is set in motion. A dinosaur egg shape houses bass-driving cheeks that visibly dance as music plays. Deployed as a stereo pair, the Phantoms’ visual appeal is as strong as their expectation-defying sound quality.

In the passive loudspeaker world, Focal’s higher-end models arrive in a range of bold colour options. Any visual shock is likely attributable to colour splashes being the exception in a niche interest market steeped in conservatism.

A conservatism that Peachtree Audio no doubt felt after introducing their first DAC-loaded Nova integrated in 2009, its curved sleeve demanding loudspeakers styled in a similarly forward-thinking fashion. But where were they?

Ten years down the line, and with the same (but not identical) curved sleeve still in play, the Nova 150 and Nova 300 might find an aesthetic match in Q Acoustics Concept 300 whose similarly curved edges beg to be touched. However, this standmount loudspeaker’s knockout visual blow comes from a more unlikely source: their tensegrity tripod stands.

I had no plans to review passive loudspeakers this year. The Concept 300 has me re-thinking that decision. Why? Because their sound quality isn’t all that matters. It is but one of three senses being tickled. 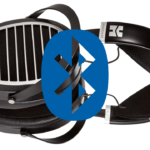 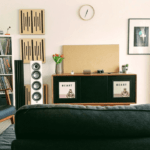