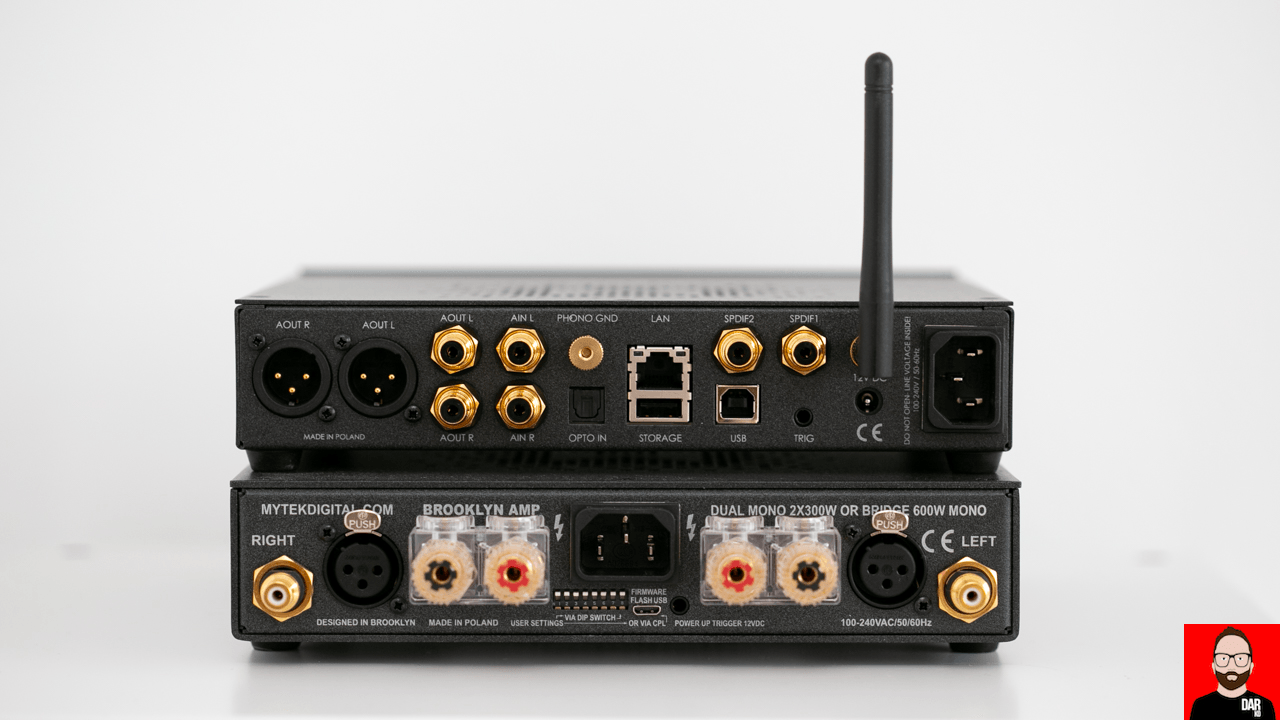 Designed in Brooklyn, made in Poland, Mytek has removed the WCK IN/OUT and AES/EBU connectors from the rear of the Brooklyn DAC+ (review here) to make way for a 24bit/192kHz/DSD64-capable streaming board and a third Brooklyn: the Brooklyn Bridge (US$2995/€2995, previewed here).

The Brooklyn Bridge connects to a home network via Ethernet or Wi-Fi using the associated mControl smartphone app (iOS/Android), which in turn gives us direct access to cloud services – Tidal, Qobuz, Deezer and Spotify Connect – as well as local UPnP/DLNA and Roon servers. The app is stable and its interface plain but it’s no Roon or Spotify.

The Brooklyn Bridge’s ESS Sabre 9028 DAC, pre-amplification (line-level and phono) and headphone output (single-ended or balanced) remain unchanged from the Brooklyn DAC+. It’s a hi-fi hub that does pretty much everything — a modern marvel considering its half-width and low profile.

I hooked a 2016 11″ Macbook Air into the Bridge’s USB socket and an HDMI splitter into the TOSLINK to leave the coaxial input unoccupied. Both the Pro-Ject RPM5 Carbon’s Ortofon Quintet Red and the Rega Planar 2’s Zu-modded DL-103r called for the phono input to be set to ‘MC’; and even in single-ended operation, the Brooklyn Bridge’s headphone output pulled one of the finest performances from the Sennheiser HD800-S that I’ve heard to date.

The Apple remote (supplied) is my preferred means of basic Bridge control: input selection and volume attenuation. However, pressing play on any streaming source returns us automatically to the ‘NET’ input and all streaming apps attenuate the Bridge’s volume. For finer tuning – digital filters, MQA on/off, MC or MM phono, digital or analogue volume – we must get hands-on with the right-hand rotary and the four selector switches (which are much harder to see on the black unit).

One minor niggle: a USB storage device connected to its rear would allow the Bridge to operate as streamer and server, but I couldn’t get the Brooklyn Bridge to recognise my Western Digital 2TB HDD. A Mytek representative tells me is a known issue with larger (<1TB) drives and they are working on a firmware update to be applied via the Mytek Control Panel app (Windows/MacOS) and/or over the air via mControl. The ultimate aim is to streamline the firmware process so that all updates arrive over the air.

This review video, however, isn’t a Brooklyn Bridge review but a Mytek system review.

I added Mytek’s matching dual-mono Brooklyn AMP (US$2495/€2495) to the Brooklyn Bridge via balanced XLR wire and placed the latter atop the former for a complete set of loudspeaker and headphone electronics that lands tidily on an IKEA Kallax shelf — another crucial piece of contextual info for our video:

The Brooklyn AMP is a Class D implementation in which a ‘heavily modified’ Pascal module pushes 250wpc into 8 Ohms, 300 wpc into 4 Ohms and – take note – runs as warm as many Class A/B amplifiers (but not hot). Two separate Kallax shelves would give each unit’s top plate ventilation pattern, attractively hole-punched in the form of the Mytek logo, greater breathing room but I find that necessary.

The rear panel DIP switches are optionally used to add an extra 6dB of gain (uncalled for by both standmount and floorstanding versions of ELAC’s Uni-Fi series) or to bridge a pair of the Brooklyn AMPs into mono.

The U5 Slim standmount is the better fit of the two ELACs for my 6m x 5m room. The Mytek system’s speckless approach to detail retrieval and squeegee clean take on transparency serve as a tidy antidote to the ELAC’s upper-mid shyness to bring them closer still to KEFs similarly passive LS50. That’s interesting, no?

Most interesting of all is how the Mytek electronics kick the traditional hi-fi rack to the curb to visually disappear, leaving my lounge room looking less like a hi-fi store and more like a music room. I call that a huge win. 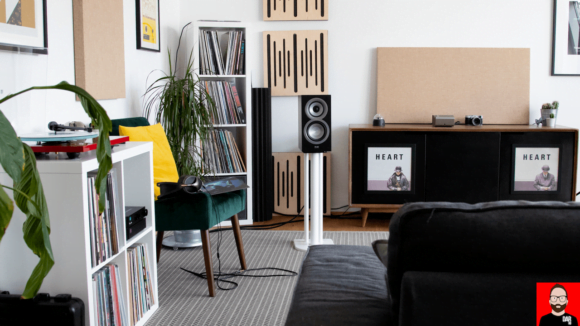 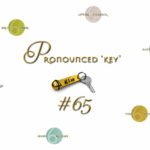 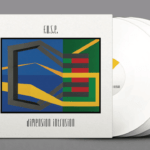