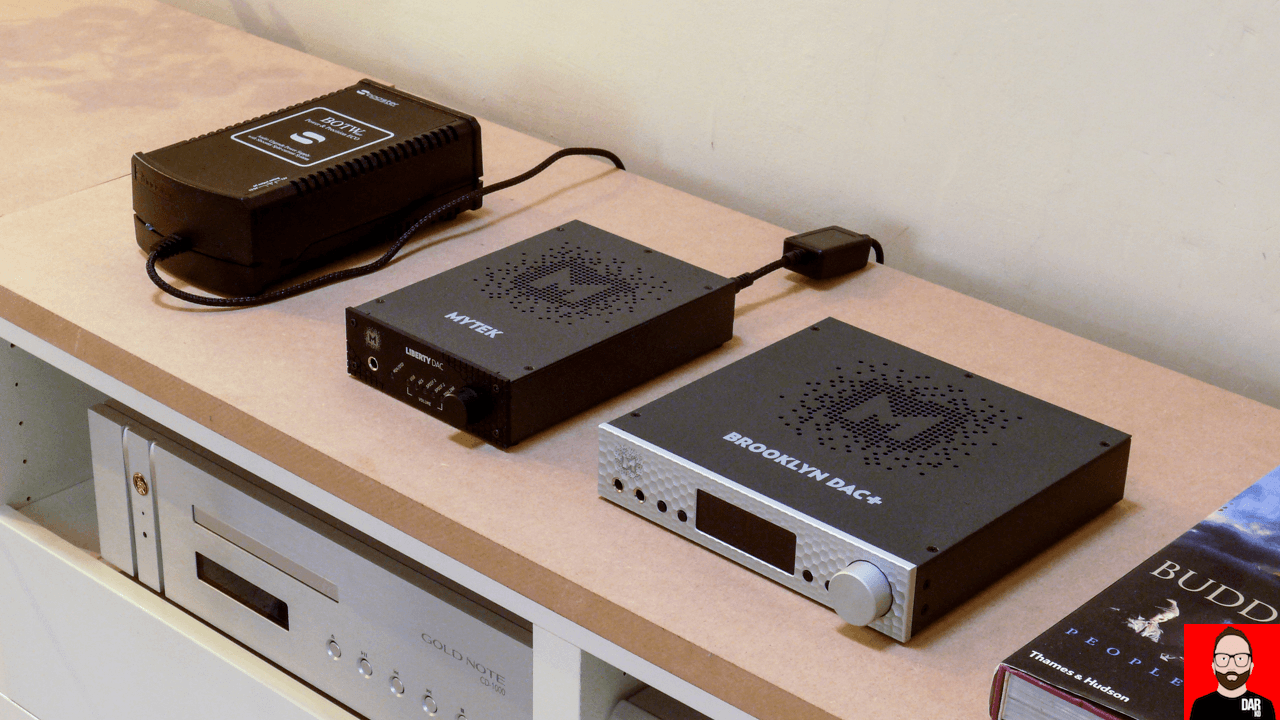 The Liberty mates the ESS9018 chip of the original Brooklyn (review here) with the output stages of the newer Brooklyn+ (review here). It’s also simpler, eschewing the analogue side of the Brooklyn/+ – inputs and phono stage – as well as the balanced headphone output and colour display.

As a fixed-output DAC, the Liberty should sound somewhere between the two Brooklyns. Which left me pondering. Is the sound quality of the Brooklyn+ worth double the Liberty’s asking if its extra functionality isn’t needed?

Lobbing an external power supply into the mix – something Mytek sanctions with 12V inputs on both DACs – and the question sharpens itself. A good supply adds about a third to the Liberty’s price. That’s still significantly less than a Brooklyn+. How close can the Liberty sound get?

Questions, nagging questions. So more in hope than expectation, I contacted Mytek CEO Michał Jurewicz to see if he could provide a Brooklyn+ for comparison. Bingo, yes.

Next stop the good folks at Sbooster, who stumped up a linear power supply – the nattily named BOTW P&P ECO 12-13V MKII (£319, €329). It works with both DACs, giving me a total of 4 combinations to consider: the Liberty and Brooklyn+ running solo; and then again, each with an Sbooster. 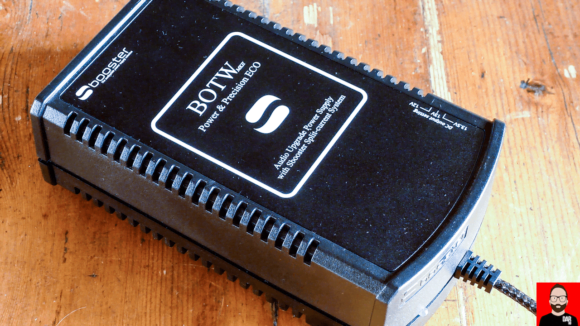 Sbooster
Resembling a well-shod house brick, the Sbooster is delightfully anonymous. A power indicator and captive output lead at one end, a power switch and IEC socket at t’other, a voltage switch on the side. Simple — and it runs cool enough to be hidden away.

Now in Mk2 form, mine offered 12, 13 or 13.5V outputs. The Myteks need 12V but some Sbooster users report 13V as sounding even better. I had enough variables to juggle with already so I didn’t go there. All up, the Sbooster is simple and functional – firmly in my favourite heard-but-not-seen category.

Main event
My primary focus was to listen to both Myteks as fixed-volume DACs. However, I did sometimes spin their volume controls as some users will spy either as a potential mate for a power amp. I also went behind headphones to compare their respective headphone outputs.

No surprise – all four combinations sound similar (but not identical).

The Liberty remains a great sounding DAC, my original findings stand. What it lacks when compared to the Brooklyn+ is some soundstage width, a little transparency, a bit of control and extension at the bottom end; and some sense of ease. Runt of the litter? Heck no – dropping from Sbooster’d Brooklyn+ to solo Liberty only required a quick mental adjustment before the music made me forge the Brooklyn+’s audible superiority. Think Porsche Boxster – entry level but what a performer. 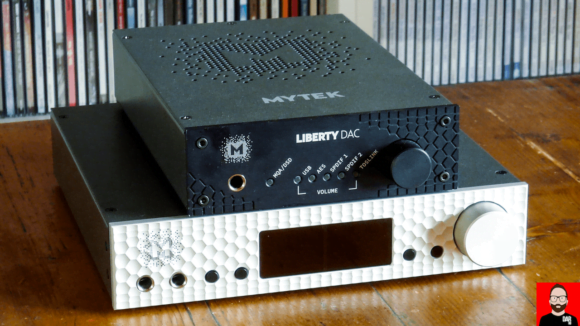 Adding the Sbooster takes the Liberty up a notch and closer again to its Plus-sized brother: most noticeable was a wider soundstage, more detail, even in simple mixes, plus greater weight. Grace Jones’ “Hurricane” went from kick-you-in-the-stomach-impressive to an intelligent driving bass line. In Porsche terms, we’ve just met the beautiful Cayman that sits twixt Boxster and 911 in their range.

Then along comes the boss again, the Brooklyn+, Porsche’s 911. It brings forth a more in-your-face sound, performers sitting further forward. Slightly disconcerting at first, you soon appreciate the extra realism. Inner detail – the ability to hear into complex mixes – and heft – all step up too. Clearly, ESS’s 9028 DAC chip makes a difference and any thoughts of giant-killing by the Liberty recede quickly.

And finally the Brooklyn+ with Sbooster. Even more refinement, greater ease, a delicate burnish to anything vaguely resembling a rough edge. Everything sounds just right. It’s Mytek’s Porsche 911 Turbo, wringing an impressive performance from the platform.

Allocating scores out of 10 doesn’t normally work but here the variables are more controlled: on sound quality I’d give the Liberty 6.5, rising to 7.5 with the Sbooster; the solo Brooklyn+ starts at 8 and moves to 8.5, half a point more with an Sbooster. 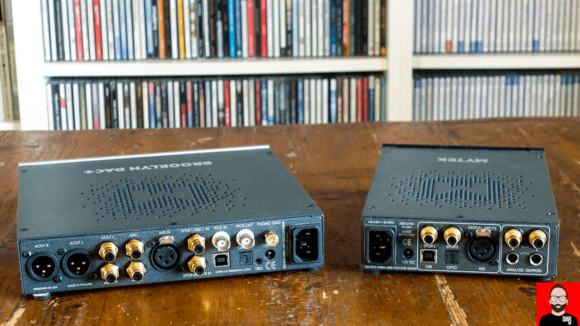 Private Dancer
Adam Bielewicz, Mytek Product Manager, confirmed what I thought to be the case: “The design of Liberty and Brooklyn DAC+ headphone amps are the same”. That includes the power supply, which means the main differences come down to the sonics wrought by the DAC chips themselves. ESS9018 in the Liberty versus ESS9028 in the Brooklyn+.

The listening results were similar to those through loudspeakers, with each step up bringing improvements. BUT, with headphones, I noted an even greater distance between the Liberty and the Brooklyn+, even with an Sbooster engaged. Through Meze’s 99 Classics (£279), the Liberty manifests as an even fuller, warmer sound – not good here. The Mezes are slightly rich anyway – think hoppy English bitter versus lager (Marstons not Boddingtons for we Brits). The Brooklyn+ avoided flabby bass and provided more detail and refinement.

Headphonistas are might keep the piggy bank intact until a Brooklyn+ is within reach. (Note: I wasn’t able to try its balanced headphone output, which presumably delivers even more). 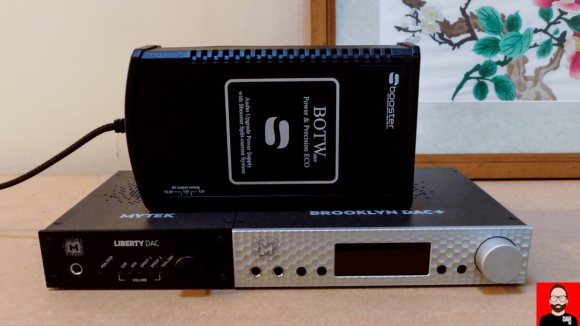 Volume control
Same with volume controls. The Liberty’s digital control lost a bit – pun intended – against the preamp section of the Ayre, the difference akin to lower resolution digital. Only slightly, but it’s the kind of margin where games are won and lost.

The Brooklyn+’s analogue volume control also lost out to the Ayre but it was a closer call. The bigger Mytek painted a similar sonic picture but with a smidge less refinement and a touch less ease. The detail was also there, just etched a little harder, making complex arrangements slightly less intelligible.

That’s really splitting hairs though – personally, I’d be happy relying on the Brooklyn+ as a pre-amp. That isn’t true of the Liberty. 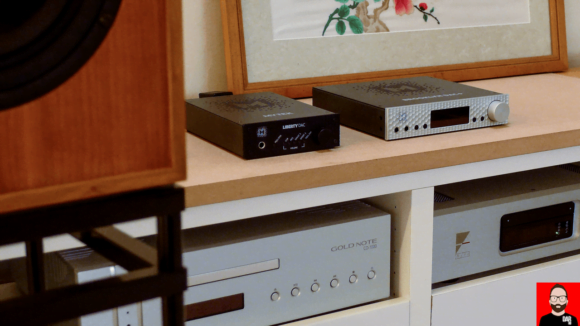 Conclusions
Frequent headphone users are better served by the Brooklyn+, as are those wanting a kosher pre-amp. The additional functionality of the Brooklyn+ may also sway you, particularly vinyl enthusiasts needing an MM phono stage.

After that, it’s more equivocal

Cards on the table. Whichever Mytek DAC I chose, I preferred it paired with an external supply. The Sbooster adds an extra third to the Liberty’s asking, a sixth to the Brooklyn+’s. In both cases, the higher octane performance is worth the extra moulah.

Liberty or Brooklyn+? If funds permit, go for the bigger bro, bro. Mytek has dialled in sufficient sonic benefits – not least the ESS9028 chip – to justify the extra outlay. It sounded delightful in my setup with no trace of the tipped up balance I’ve heard mentioned in other reviews and on forums.

The Liberty is also well judged. Many a time listening casually for pleasure got me hooked and I ploughed on without caring which DAC was in the chain. It was often the Liberty.

Adding an Sbooster to the Liberty makes it the financial sweet spot of the four options. Crude numbers tell us we get 80% of the Brooklyn+’s performance for 60% of its price. Sounds about right. Inveterate upgraders may get restless. Having had both in situ, I know I wouldn’t.

The Brooklyn+ is by far the more functional of the two. And it’s also now available as the £3,000 Brooklyn Bridge (brilliant name) that swaps the AES/EBU input for a Roon Ready streaming board. Were funds available, the Bridge would be my number one choice. 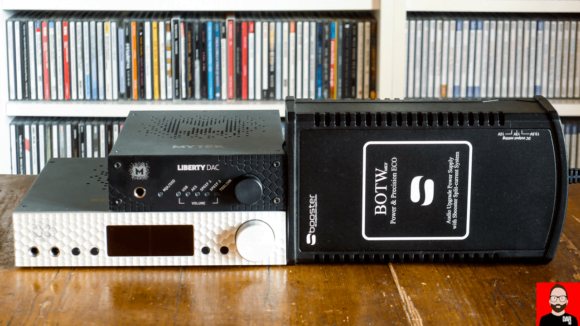 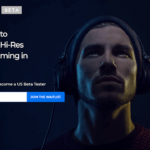 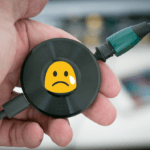