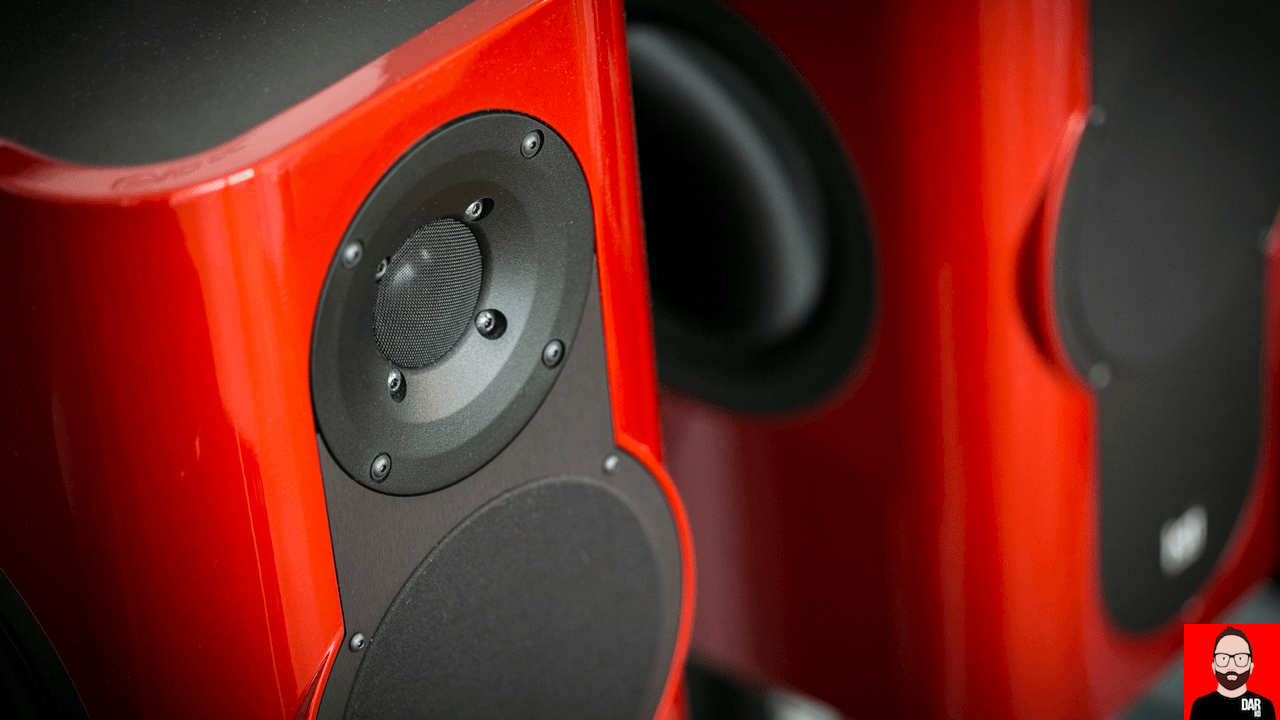 In the real world, the following two pieces of Future-Fi turn any theoretical objections inside out to present such a compelling case for DSP’s deployment – where we gain far more than we (might) lose – that they enjoy equal billing as Darko.Audio Product of the Year 2018.

The weakest link in any loudspeaker system isn’t any piece of audio hardware but the room itself. The acoustic fingerprint of the walls, ceiling and floor influence what we hear more than the chain of electronics that feed into our loudspeakers. Think about it: a hotel’s swimming pool doesn’t sound the same as its lobby. Clap your hands in your kitchen. Now clap them in your lounge room. What you hear almost certainly won’t sound the same.

Idealists often point to room treatments – wall-mounted acoustic panels and bass traps – as one way to minimise the negative influence of standing waves and first reflections. A recent poll of 300 Darko.Audio readers tells us that 71% of you don’t buy into the idealist’s corrective vision. Given an acoustic panel’s aesthetic intrusion and expense, it’s not hard to see why.

Few of us can so easily change rooms. Instead, what if we could switch over to a loudspeaker that didn’t talk to the walls. One that sounds as good at home as it did in the dealer demo?

Six drivers powered by six bespoke-fit 250w nCore amplifiers are tied together by a powerful DSP engine, modelled and coded by Bruno Putzeys. The Belgian’s programming instructs the two side-firing and two rear-firing 6-inchers to cancel out any sound wrapping around the loudspeaker from the front’s 5-inch mid/bass unit for a cardioid dispersion pattern between effectively puts paid to a passive loudspeaker’s sub-700Hz omni-directional fire. The very lowest frequencies are not Kii DSP controlled but can be attenuated by rear panel trim pots or the Kii Remote. See our review coverage here and here.

The result is that the Kii pushes more music forwards toward listener and less music toward the walls, ceiling and floor where we might hear it again as a first reflection. A lower incidence of room reflections nets clearer player placement and deeper, more expansive soundstaging.

The upshot of this result is that the Kii Three is more room agnostic than your average active standmount. It will play nicely in medium/small rooms; as per Kii Audio’s demo at Hamburg’s Holiday Inn in early 2018 and as captured beautifully by Jana Dagdagan in her latest Earspace video whose binaural audio shows the Kii Three playing with minimal room issue in an end user’s irregularly-shaped bedroom!

You’ll want to put on your headphones for this one:

Also missing from Dagdagan’s Kii scene are conspicuous room treatments that, for the majority of music lovers and hi-fi enthusiasts, are a step too far. The Kii Three remove the room for DSP-powered pragmatism to win out over idealism. What a triumph! 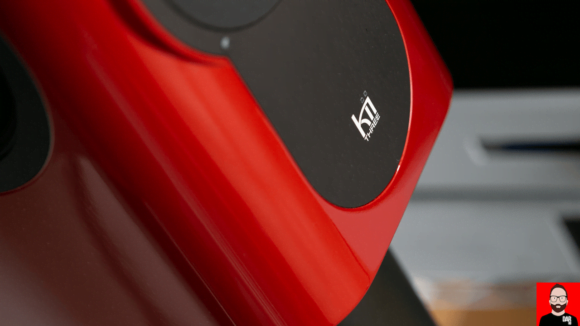 Outside of the house and ailing portable audio enthusiasts is background noise. The street, the train, the aeroplane. Headphone and IEM manufacturers try to tackle noise isolation passively by improving the former’s over-ear seal or the latter’s in-ear fit before they set to work on optimising sound quality through drivers (and crossovers). Optimal passive isolation comes via custom-fit IEMs whose in-ear seal is tailored to the individual’s ear but by their very nature, a custom fit isn’t possible with full-sized models.

This is where over-ear designers, like Sony, look to DSP for active noise cancellation (ANC): where internal digital circuitry reads the input of an external-facing mic array to invert the incoming signal and cancel it before it reaches the wearer’s ear.

The WH-1000XM3 (US$349/€349) is the third iteration of the Japanese giant’s highly-regarded noise-cancelling headphone that debuted in 2016 (review here). A second-generation model in 2017 introduced a partnering smartphone app that, in 2018’s WH-1000XM3, allows users to customise the noise-cancellation profile according to location (street/train/plane) as well as its intensity.

Sony latest ANC code is especially effective in nulling low-frequency information roaring from a busy road or within an aeroplane’s cabin or a busy cafe. The noise-cancelling smarts heard from the WH-1000XM3 are easily on par with – if not better than – those of the Bose QC35 II. Readers are strongly advised to demo both before dropping almost four hundred clams on either model. I speak from extensive first-hand experience.

The elephant in this room is the Bluetooth used to carry digital audio wirelessly from smartphone to headphone. Modern-day audio codecs like Qualcomm’s aptX (HD), Sony’s LDAC and AAC, all specified by the Sony WH-1000XM3, minimise any audible compromise for us to wave buh-bye to cables without so much of a blink. Many smartphone manufacturers have already forced our hands. 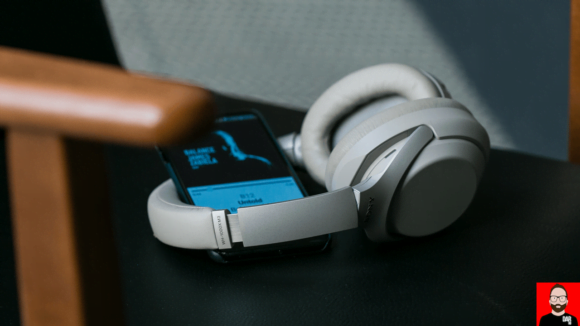 One unexpected finding by yours truly was hearing a lossless FLAC album carried via aptX HD to the Sony. It sounded slightly better than the same album streamed from Spotify (Extreme), also aptX HD transmitted. This tells us that Sony’s Bluetooth streaming module isn’t immune to source file quality.

The WH-1000XM3’s pluses don’t end there. A Bluetooth headphone’s DSP circuitry can be further exploited by designers to fine-tune its frequency response, often beyond the limitations of passive considerations: the dimensions of the earcups and earpads and the materials used. The Sony smartphone app additionally offers a five-band EQ for users to tailor the frequency response to taste. To purists, we pass the Pepto-Bismol.

Moreover, Bluetooth headphones, noise-cancelling or not, free us from the source device’s audio circuitry. With a few notable exceptions, the average smartphone’s headphone output (if it has one!) is designed to be functional before it is designed to sound great. The thirst for better sound quality often sees portable audio enthusiasts defer to DAPs – digital audio players whose sole job is music playback, their internal circuitry designed to meet audiophile sensitivities. Noise-cancelling headphones like the Sony WH-1000XM3 sidestep the need for a DAP.

And with the DACs and amps housed inside the earcups, we reap any additional benefits of amplifier-driver proximity. Impedance matching is taken care of by Sony’s engineers.

In this respect, the Sony WH-1000XM3 and Bluetooth headphones like them might be seen as active loudspeakers for the ears where shorter signal paths, the amplifier tailored to the driver’s impedance swings, DSP sorting any frequency and phase response anomalies and cancelling external noise just aren’t possible with passive headphones.

These Sony headphones are a complete hi-fi system for the head that keeps any external intrusions at arm’s length to give us a quieter background for our favourite music as sourced wirelessly from the hardware we already own: a smartphone. Few would disagree that Bluetooth codec like aptX HD, LDAC and AAC, although still lossy, deliver sound quality that’s a noticeable step up from SBC. And with the advantage of the amplifier directly coupled to the driver (and tailored to its impedance swings), the Sony ANC WH-1000XM3 don’t fall too short of a hard-wired smartphone hook-up.

That again is the sound of Digital Signal Pragmatism in play. 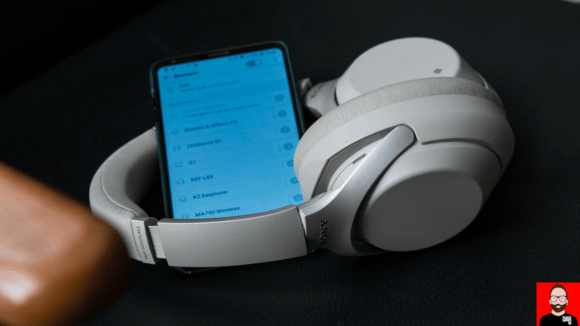 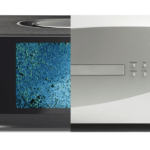 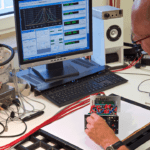