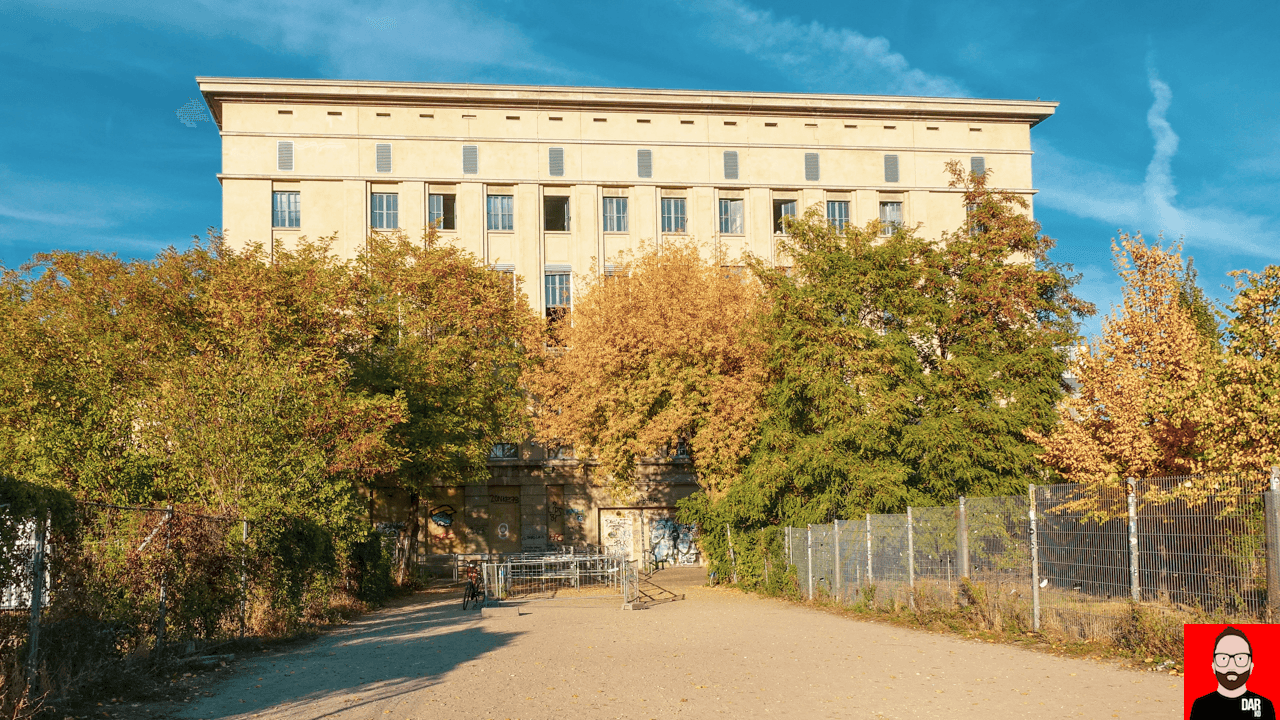 A high-quality experience. It’s not a term we readily associate with DJ culture where an all too easily a quick turnover in musical trends leads to a quick turnover at the turnstile and record counter. Play it loud and play it fast.

Exceptions exist. Playing the long game in the no-mans land between the River Spree and Karl Marx Allee is iconic Berlin nightclub Berghain. An imposing building – and a power station in a past life – that takes its name from the largest of its three spaces: Säule doesn’t keep the extended weekend club hours of Berghain and Panorama Bar, opening only occasionally and for more experimental music.

Berghain’s Funktion One sound system is an oft-cited high water mark for sound quality in clubland but the Studt-Akustik rig in the smaller Panorama Bar is similarly impressive: capable of high SPLs and low distortion. Two very good reasons to visit.

Further, the club’s strict door policy – one that refuses to pander to the tourist dollar – and a similarly strict ‘No Photos’ policy once inside – that also applies to daytime visitors – might be two more reasons why Berghain / Panorama Bar has earned and maintained its reputation as a mecca for electronic music fans the world over.

I visited Berghain in late October 2018, not to talk about the venue’s choice in loudspeaker systems but the music played through them. Berghain’s top floor (and casual) office space is where the club’s sister label Ostgut Ton manage a steady stream of high calibre electronic music releases that straddle the twin pillars of house and techno.

In the conference room, Panorama Bar resident DJ Andreas ‘nd’ Baumecker, sitting with his back to a piano and pouring coffee, politely refuses to draw hard lines between the two sub-genres but concedes that Panorama Bar is more house than the techno that dominates Berghain. 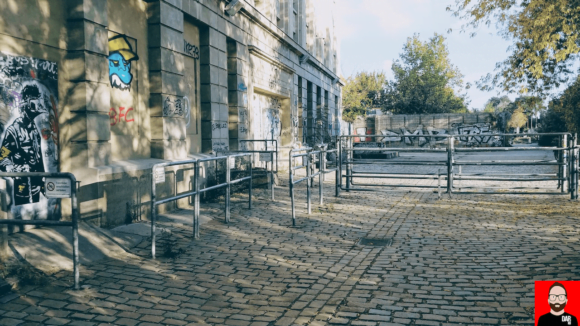 According to Baumecker, Berghain “got harder” over the years to unwittingly create more of a musical divide between downstairs and up. He bemoans the loss of ‘hits’ that would once straddle both spaces. Baumecker played the very first Panorama Bar DJ set in 2003, which, techno trainspotters note, opened three months prior Berghain. He has been a resident DJ ever since.

“I think I have a low profile though. I never wanted to put myself out there [on social media]. And I’m not the party guy that jumps up waves his hands up and down while two things are running sync-ed on CD-Js”.

Setting him apart from a handful of his contemporaries, Baumecker refuses to play 320kbps MP3s. “I tried everything down there [in Berghain] and it sounds really, really horrible. You can totally hear it’s an MP3”. Such is the apparent clean resolve of the Funktion One sound system. “Not everyone notices; but I do”.

“I’ve been a vinyl DJ since forever.” Forever translates to playing clubs in his native Frankfurt during the 1990s – not just techno and house but Warp/Rephlex stuff – before moving to Berlin in 2004.

Over the years, Baumecker has amassed a 25,000 strong record collection. His DJ sets comprise 90% vinyl. “It’s just the way it sounds on vinyl. You just can’t get the same sound when you play a digital file”.

“I find the handling of vinyl much nicer (than CDs or USB sticks) and you find yourself working with something. It’s like being a carpenter. But it’s a process you have to learn and you can’t learn it in half a year. It took me a few years but I can now mix basically everything together somehow”.

Baumecker is also eager to talk about phono cartridges and the evils of dynamic range compression.

In case you’d not guessed it yet: this Berghain DJ is a die-hard audiophile: “I like hi-fi sound”, he says. At home, Baumecker uses Audeze LCD-X headphones and a pair of B&W Matrix 3 Series loudspeakers (that he’s loved since the early 90s).

Ostgut Ton issue DJ mixes as pseudo-promotional tools for both club and label catalogue, but their infrequency points, once again, to a high qualitative bar. Berghain 01 mixed by André Galluzzi was issued in 2005. Panorama Bar 01, mixed by Cassy, followed a year later.

Over a decade down the line and we’re still only at Berghain 08 (mixed by Fiedel) and, at the end of 2018 and four years on from Ryan Elliot’s previous instalment, comes Panorama Bar 07 mixed by nd Baumecker.

Baumecker’s mix tells us that he pays as much attention to a song’s key as its rhythm, that he likes to drop the very occasional vocal track and that he favours cuts that groove over those that thud-thud-thud-thud. “It’s a slice of Panorama Bar on a Sunday morning when there’s daylight; there are a lot of layers, pads and chords”, he says. “And it should be journey — and that’s NOT a cliche.”

“It took me quite a few months to get the initial [track] list together” (140 at the outset) but Baumecker also admits it took him six years to get to this point, in the intervening years succumbing to the pressure of expectations of being a resident DJ at one of the world’s most iconic clubs. “It’s because I’m so different. I’m not playing the usual stuff.”

“You need to have your own sound. For me it’s melodies, it’s about harmonies and bringing it a bit of soul into it. Techno isn’t like this usually. House should always have this kind of human element and that’s very important for me. Bringing genres together and making them sound like one.”

“I’ve been doing this for 28 years now and thankfully I grew up in the 80s where new synthesizers and drum machines meant a new sound. And as a music fan you have to try new things otherwise you get stuck.”

That said, Baumecker reckons New Order’s “Blue Monday” is overplayed — “It’s too obvious”. He says he never wants to be that predictable. “I listen to a lot of pop music as well. Lana Del Rey – she’s my favourite.” Does he have a favourite album of all time? “All the Lana Del Rey albums!”

Baumecker likes to play it tech-y too, echoing his work as one half of Barker & Baumecker. “I never really made music on my own. I always had Sam [Barker] as my partner. I was not planning on being a musician at all but I was asked to do a remix for a band from Seattle. And it went from there.”

The duo’s second album Turns (2016), audibly haunted by the ghost of Autechre who they’d booked to play Berghain many years prior, was recorded in the evenings and weekends around Baumecker’s day job as a booking agent for Berghain and Panorama Bar.

He would then take a year off to rebalance himself. “I took a [Nintendo] Switch year — to play video games, specifically ‘Splatoon’. I turned away from music.” That was 2017.

It would take a previously unreleased cut from FaltyDL to bring him back. The way the DJ tells it, “Paradox Garage Part 1 (With Your Love)” kickstarted his Panorama Bar mix that would be recorded in one take after a handful of false starts and aborted attempts.“I wanted to get it just right”. The final mix would de-clicked and normalised in Izotope RX.

According to the label’s PR representative Walter Wacht, the move from a hard to soft release format was taken as a response to declining sales, and to widen the potential audience of a DJ mix, to make it more accessible to a broader audience, and to let the DJ to better stretch his/her legs. Any DJ will tell you that an unrestricted runtime allows a recorded mix to better reflect a club set than a CD’s hard eighty-minute limit. Fiedel’s Berghain 08 ran 140 minutes. Baumecker’s Panorama Bar 07 nudges 120 minutes.

To would-be detractors pointing to a hi-res download’s data intensity, Wacht reveals a surprising statistic: a 2.2Gb file size proved no obstacle to the 120,000 people choosing sound quality over convenience when plugging themselves into 2017’s Fiedel mix. This year’s Baumecker mix has been encoded at 24bit/48kHz to hit download folders as a 2.06GB .wav file.

And yet despite arriving at no charge to the consumer, Ostgut Ton license every track as if it were still a commercial CD.

Meticulously dotting licensing i’s and crossing contractual t’s to ensure full copyright compliance isn’t without issue. The digital release of Baumecker’s Panorama Bar 07 mix was delayed at the eleventh hour (in early November) to finally appear just days before Christmas, leaving its companion 2 x 12” vinyl to serve as a 6-track teaser in the intervening weeks.

A high-quality experience, from the all-vinyl mix to the hi-res download to the rights holder contracts, it takes time. 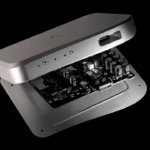 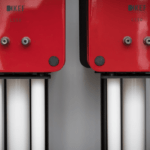